Americans might shudder at the thought of their football following the lead of its English namesake so, whisper it, but Madden NFL 17 has taken a leaf out of stable-mate FIFA’s book. This iteration of Madden follows FIFA’s biennial cycle: one year rampant revolution, the next a more modest evolution.

This year very much fits the role of evolution in the pattern – not that it’s an unexciting title. Or, indeed, divisive.

You’d be forgiven for thinking that the release with the biggest adjustments would be the most chaotic, and that might be the case – but Madden 17 still feels a bit disjointed, and with as many question marks as exclamation points. 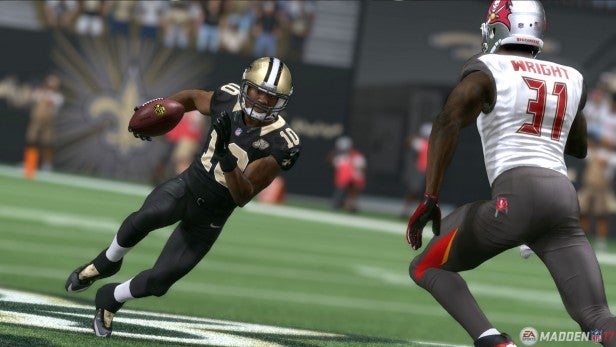 Last year, 16 burst forward like a running back, dizzying the crowd with his mesmerising, jinking run. To complete the analogy, it was a ‘touchdown’ of a release. But 17 has a less obvious match-winner – a weaker highlights reel. And some of the same bloopers remain. Gameplay tweaks, as ever, are at the crux of this.

There are plus points, like utilising the insight the modern-day fan has into a player’s actual abilities. Now, you probably can’t do the impossible and run the length of the field with a nose tackle – though I would emphasise the word ‘probably’.

In a numbers-driven, online world, the influence of stats is an expected one, but the increased influence of a player’s attributes on their performance potential feels like it adds a layer of realism. Particularly if you know your stuff about NFL more than me.

And while I’m sure they’ll soon grow frustrating, the implementation of fumbles into gameplay was another savvy move. Being able to force fumbles, intercept throws or even block a field goal introduces more tension, and therefore interest into those defensive moments – and is, again, a smart way of heightening realism. Which is absolutely EA Sports’ number one goal. 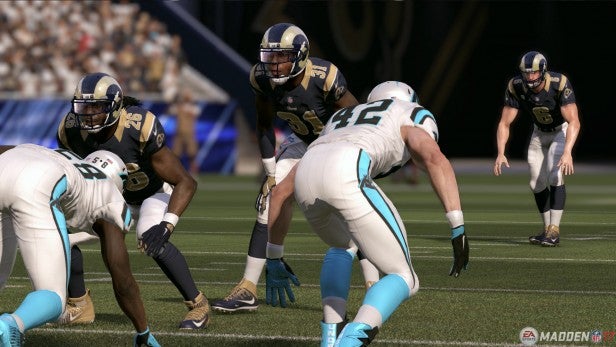 But they don’t always achieve it, and there are still a few notable gaps in their defence. Quite literally.

Despite the tweaks and improvements mentioned above, there is still a real issue with the bias between attacking and defending – put simply, it’s slightly too easy to complete attacking moves, unless you’re trying something ridiculous.

There are some wayward passes, of course, but it still feels weighted toward the offence. Though defences can do more interruption and interception, there should be more good, old-fashioned inaccuracy added to the mix, too.

That might feel like a hair-splitting criticism but, after a number of games, it does start to tell – in some instances, it felt like defending was redundant, and that I’d be similarly served by button-mashing and hoping for a deflection or drop.

Obviously, the biggest challenge for an NFL game, globally at least, is to turn a quite complex formula into something easy to jump straight into for a newcomer to both the sport and the franchise – and one way of doing this is to smooth the process of attacking, so players have less to worry about when going for the headline moment. However, by the same logic, this also makes defending a more baffling and disconnecting process, and can put off those newcomers just as they find their stride.

For that reason, let’s hope there’s a defensive shift in Madden 18.

But, of course, many of you will be wondering how this piece got more than halfway through before mentioning Madden Ultimate Team – which, of course, is the game’s leading draw for most gamers. 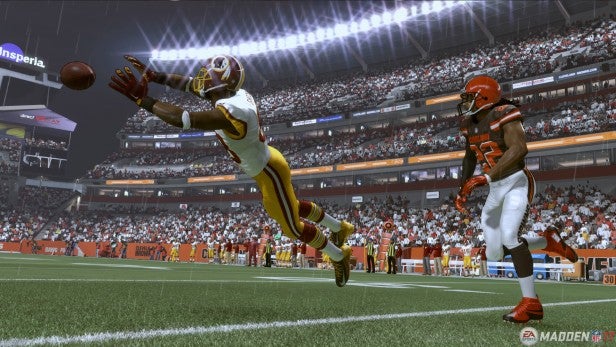 The simple truth is because there’s not a whole bunch to report there.

But you can breathe a sigh of relief – it remains the principle attraction of the game, albeit virtually identical to how it looked last year. You can decide for yourself whether that’s a good or bad thing. My own personal conclusion, after initial misgivings about the lack of imagination, was that EA decided not to mess with a winning formula.

MUT doesn’t take any huge steps forward, but nor does it recede backwards. If you loved it last year, you will again this. And that’ll be enough for most.

That, generally, serves for the game as a whole. There are some nice, subtle touches added – the stats overlays between games add to the realism of the television-style broadcast effect, while the new Big Decisions feature in the Franchise mode makes it easier to keep on top of your team and what needs to be done: whether that’s signings, injuries or training.

It effectively prioritises the, erm, ‘big decisions’ that need to be made on your franchise, simplifying the management process by pointing you in the right direction, rather than letting you trawl endlessly.

You can now set your own season goals. Weighting your decision will be the reward of XP, which increases alongside your ambition – be it flawed or not. Also new are the in-game banners flagging players who are carrying injuries. You’re able to rush stars back into the first team when not at peak condition, or choose to rest them for a big game on the horizon.

Negotiations with players whose contracts are up for renewal are clearer and easier – and come with a depth chart for your club, allowing you to decide which of your roster isn’t so indispensable after all. Similarly, new signings can be compared this way too, and are automatically suggested for weak points in your line-up. 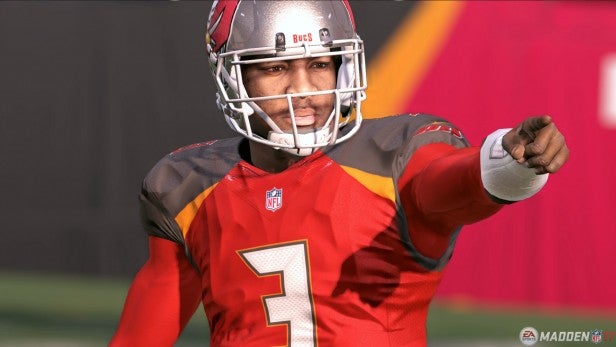 Another notable addition is the introduction of the Play The Moments feature, which allows players to jump in and out of the game at key points – such as the last drive of the half. This probably works best for newcomers and casual fans, but that’s an increasing share of Madden’s audience. I think it’s a plus point.

Overall, Madden 17 could use some more fine-tuning – be that in the number of catches or injuries that happen in an average campaign – but it still sits at a very high level, just like its predecessor.

Much of what’s been altered are small steps to further enjoyment, because EA has the fundamentals down. Is it unrecognisable from Madden 16? No. Is it more playable? Yes.

Ultimately, that’s all that matters, and all that’s needed to make this title a success.