EA is back with its annual American Football offering, as Madden 15 looks to focus on improving the defensive options which have so often left gamers twiddling their thumbs.

While we’ve enjoyed hurling a massive Hail Mary pass into the end zone, tackling options have been the bane of many a Madden gamer for years. A mass of movement and flailing bodies stopped the ball eventually but more often than not Madden’s past defensive plays reached the same end result whether you mashed the gamepad or tried to be more selective with yout moves.

That has all changed though. Madden 15 is all about improving the defensive experience and based on our early play at E3 2014, EA has taken a big step forward.

Now this isn’t an instant fix. We can see Madden 16, 17 and 18 landing before we are truly happy, but this is one of the most comprehensive updates to the Madden playing style in the series’ 26 year history. 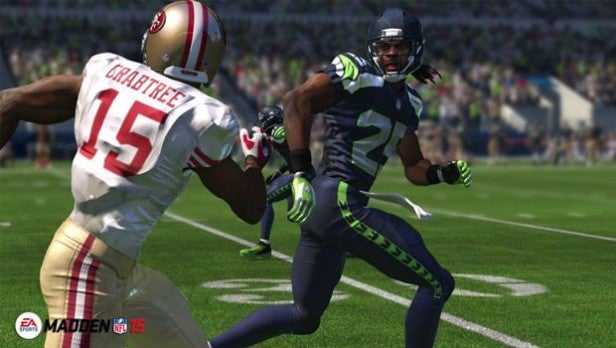 Having selected your defensive formation, a new player locked camera puts you at the heart of the action, responsible for one man’s precise role in the defensive setup as opposed to flitting between the full team in an effort to keep up with play.

Whether adopting a zonal or man marking system, controlling your player is better too. From blocking, tracking and tackling, you are now responsibly for the finer movements and actions of the defence. It’s not easy though.

Attempt a tackle and new tackling mechanics give you the option of a number of moves – ranging in difficulty and effectiveness – which have to be timed perfectly.

A ‘tackle cone’ shows if you’re in reach of the ball carrier, with ‘conservative’, ‘aggressive’ and ‘precision’ tackles all offering their own individual risks and benefits. Having spent half an hour with the game we were starting to get the hang of the new defensive mechanics and, for the large part, we liked what we saw.

Although you can still have little to no impact on the game’s goings on at times, it is still a major step forward. 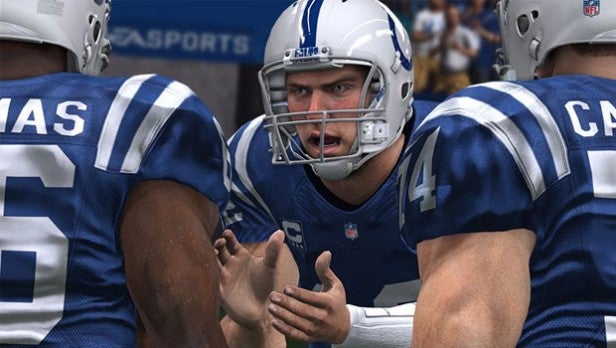 Taking up a position on the offensive line and we are back into classic Madden territory. From calling plays to executing passing and running moves, offense is a smooth, fast flowing experience and one which was mastered long ago.

Although we saw an early build of Madden 15 – and so must overlook some slight niggles – it appears that the game will have some of the same fluidity issues as previous offerings in the series.

Go against the grain of the pre-set play (make the passer run or fail to hand the ball off to the running back) and there is a slight stutter to the gameplay and a misstep to players. A relatively minor issue, this still taints the fluidity of an otherwise smooth game.

A theme running throughout all of EA’s 2015 sporting titles – FIFA 15, NFL 15 – is increased player and crowd emotion. Madden 15 is no different, with a new Player Sense 2.0 feature meaning in-game characters now react more naturally to the action. 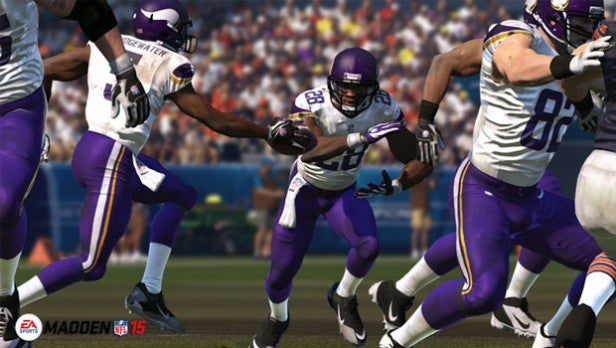 Visually, Madden 15 is hugely impressive too. From strong, detailed graphics to a sleek presentation, the game runs like an American Football broadcast.

Taking pointers from the award winning NFL Films, EA has added six new camera angles to take you closer to the action. Player line ups include video highlight packages to further bring the game to life and in-game replays capture the obnoxious celebrations and clatter of helmet-on-helmet collisions that our whooping and hollering American cousins so love. This is American Football at its best.

A game of titanic proportions stateside, Madden has a cult following on British shores, and the latest addition to the series improves the franchise’s main stumbling block. The new defensive improvements make Madden 15 a more overall enjoyable game but still lack refinement. On first impressions this is a sizeable step in the right direction for the American Football classic.

Next Read our first impressions of: Fifa 15