For those mouse purists out there, the RAT DWS is a great option thanks to its 16,000 DPI sensor and dual connectivity. In addition, its comfortable and contoured shape makes it perfect for those long gaming sessions. However, without any RGB lighting, it's unlikely to wow everyone, and its fiddly physical customisation may not appeal to all players.

I’ve had a Madcatz gaming mouse on my desk for as long as I remember, and the arrival of the all-new RAT DWS looks to continue that trend.

Bolstered by a a host of features gamers will love such as a 16,000 DPI sensor, dual wireless connectivity and customisable side pods, it looks to be one of the best gaming mouse options available for professional players.

The RAT DWS isn’t available anywhere on UK shores right now, with a launch expected in the coming weeks.

There’s only US pricing available right now, and at $119.99, the RAT DWS looks to stand up well against the more mainstream offerings from Razer and Logitech, among others. UK pricing is set to be released in March for those who are interested.

I’ve been a long-time lover of the RAT’s design and construction for the best part of 10 years. The RAT DWS only looks to continue that love with its signature sharp curves, a two-tone black and silver colour scheme and a hard-wearing plastic construction.

The hard-wearing plastic offers something a little more traditional compared to the RATs of old that were coated in rubber. With that being said, the move to a two-tone black and silver paint scheme looks sharp and particularly classy. 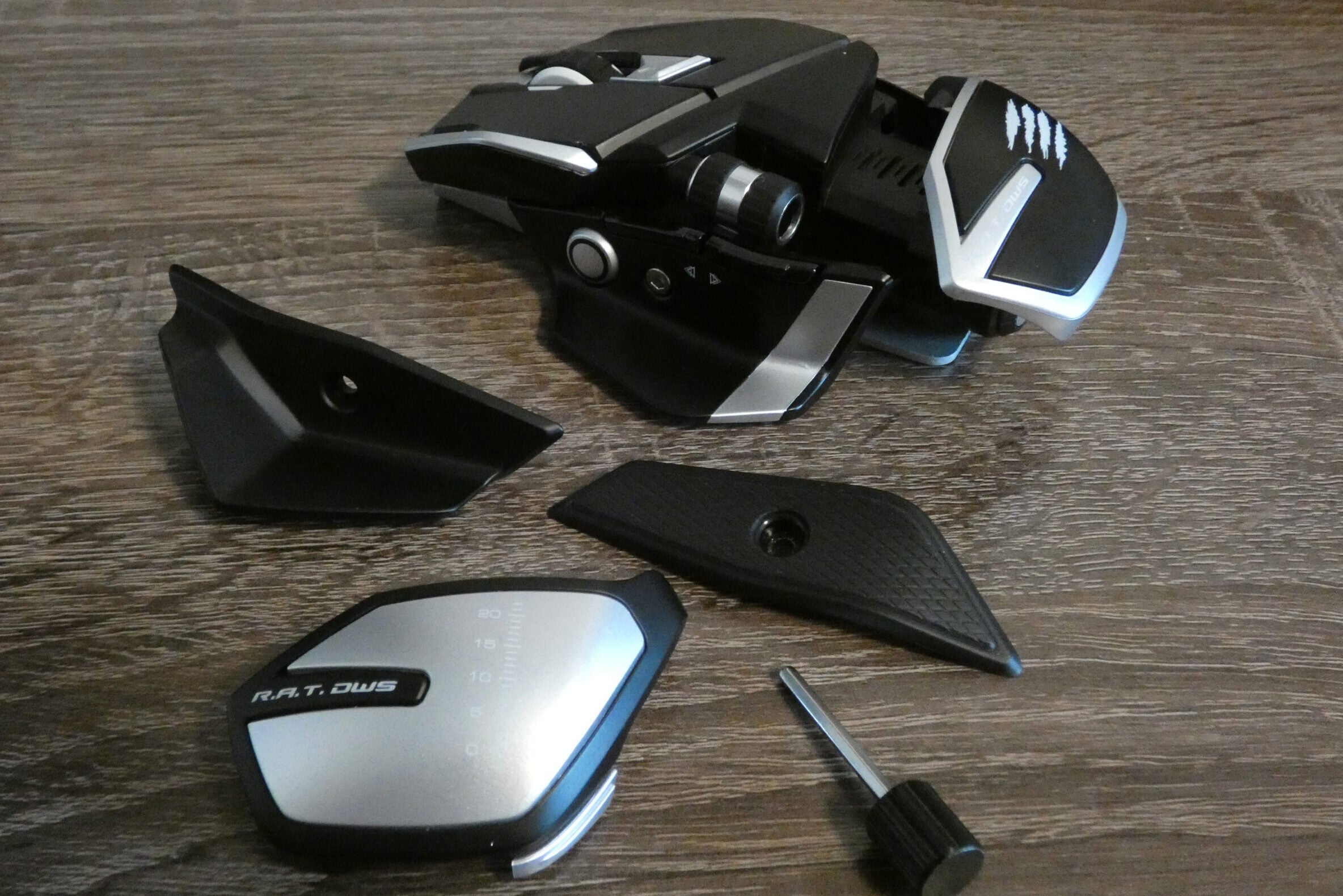 Its premium feel is only backed up by the RAT DWS’ 113g weight, giving the mouse a sturdy feel as I glide it across my desk. What’s more, it’s got a comfortable thumb-rest that means even with such aggressive looks. The back-piece can even be adjusted to suit those with larger hands by making the mouse longer.

The design is customisable too, with the mouse bundled with interchangeable side pods and a backplate. Unfortunately, the various attachments are not easy to change between.

Whereas other manufacturers such as Corsair, HP and Logitech have made use of magnets to make the process intuitive, MadCatz has  bundled the RAT DWS with a small screwdriver so you have to involve yourself in a bit of manual labour to get the mouse feeling just right. This does seem rather fiddly, even for gamers who love to fettle with their peripherals.

The RAT DWS features a 16,000 DPI sensor right out of the box. This is comfortably sensitive enough for competitive gamers, although you can get a higher DPI with rivals such as the Razer DeathAdder V2.

When it comes to wireless connection, the RAT DWS provides you with two flavours: Bluetooth or 2.4 GHz wireless through the included USB-A receiver. Switching between the two connections is seamless thanks to a little switch on the mouse’s underside, and it means that the RAT DWS can also be a nice little mouse for productivity too.

A lot of MadCatz’ marketing material with the RAT DWS focused on its inclusion of the firm’s DAKOTA switch which acts as a acronym for Dynamic Asynchronous Key Of Trigger Activation. In a nutshell, it apparently offers 60% faster clicks than the competition, akin to Roccat’s Titan Click technology, as well as a 2ms response time. 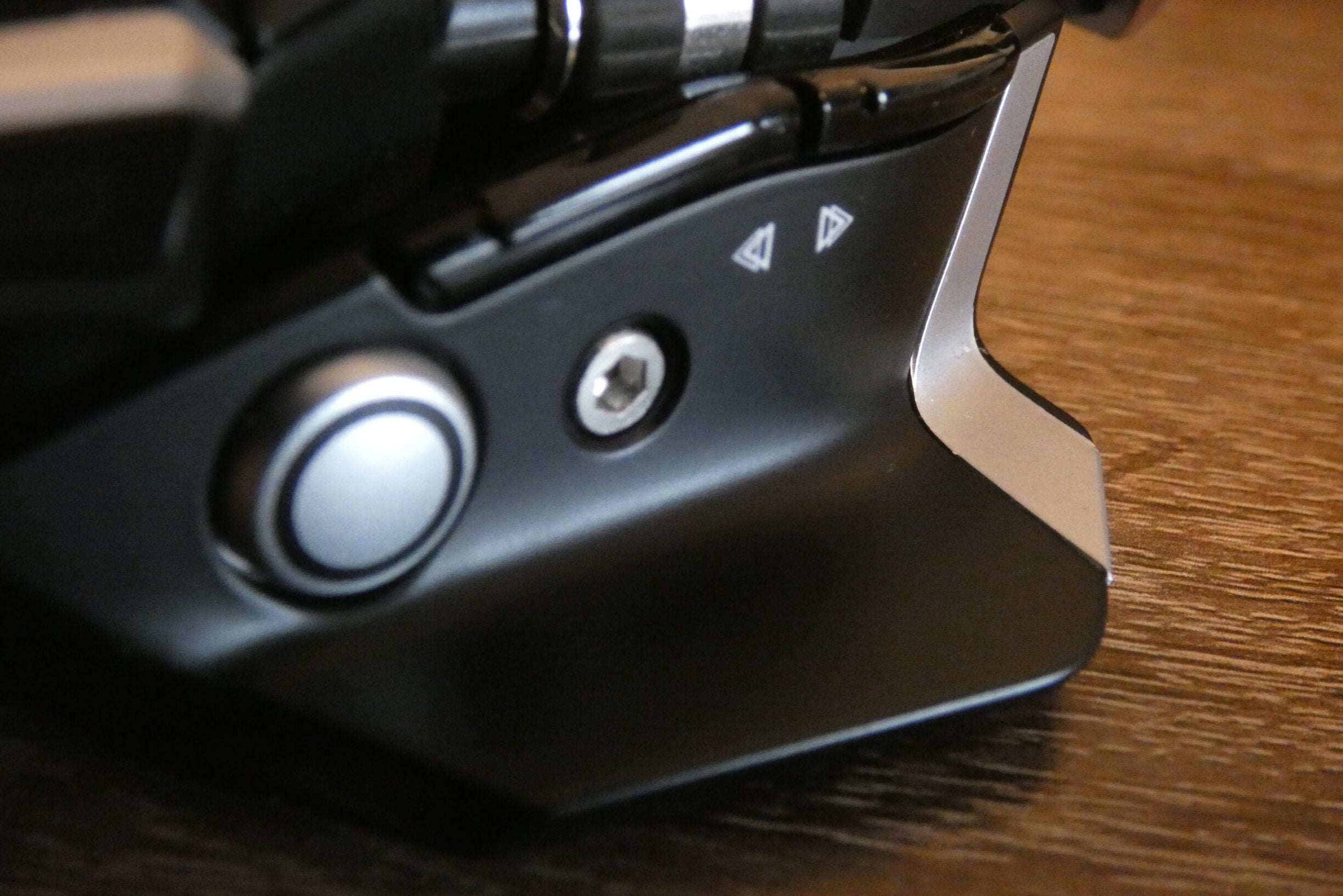 Even with this claim, I didn’t feel too much difference when testing, but the mouse buttons on the RAT DWS remain tactile and solid to the touch, as do the extra buttons – although the scroll wheel doesn’t feel as smooth as those on other mice.

Despite the RAT DWS’ rather marvellous battery life of 200 hours through the receiver and 300 hours via Bluetooth, there’s no ability to recharge. This is largely thanks to the power source of the RAT DWS being an included AA battery. This cheapens the look and feel of the mouse, especially given that the rest of the competition is rechargeable.

Software and Lighting – Great for one side of the story

It’s on the software and lighting side of things where the RAT DWS differs to other more gaming-grade mice. There’s no RGB backlighting whatsoever, which will be another contributing factor for the good battery life.

MadCatz’s offering is certainly simplistic by comparison to that of Logitech and Razer, but that doesn’t mean that the company is unable to provide any less functionality. Moreover, the four on-board profiles means you’re hardly limited by the scope of customisation possible.

By employing a drag-and-drop style system, the accompanied software offers a rather intuitive layout and user experience. There’s an option to program macros, which I found to be equally simple, and the long list of preset commands should be ample for even the most pernickety of players. 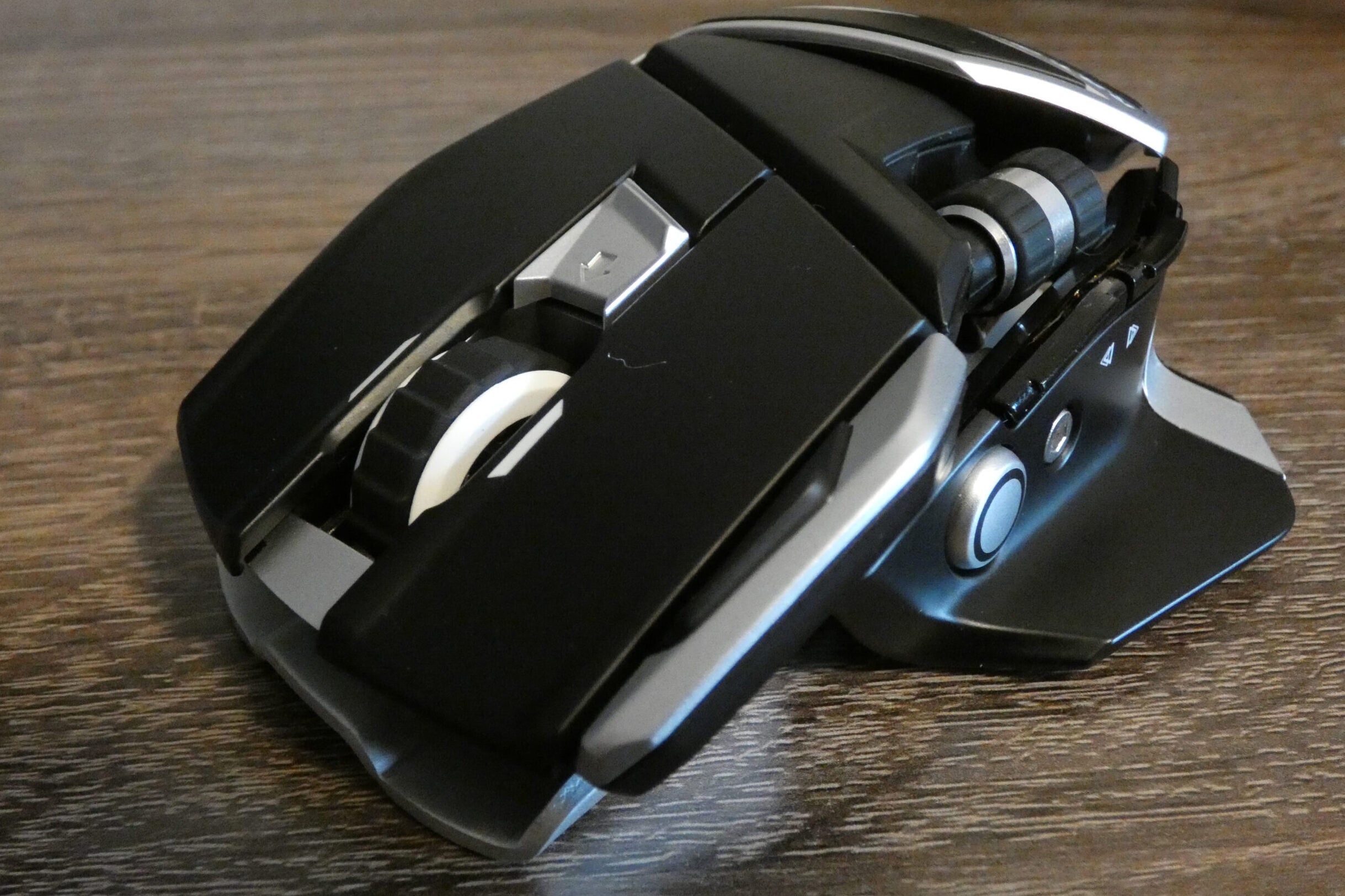 You should buy the MadCatz RAT DWS if…

You should not buy the MadCatz RAT DWS if…