What is the Mad Catz Pro Racing Force Feedback Wheel for Xbox One?

The Mad Catz Pro Wheel is one of the first wheels made for the Xbox One, and it’s designed for the enthusiast. It offers force feedback and top-quality construction, making it pretty close to the Xbox One’s equivalent of the Logitech G27 wheel.

It’s likely to sell for around £279, and will go on sale a little later this year. 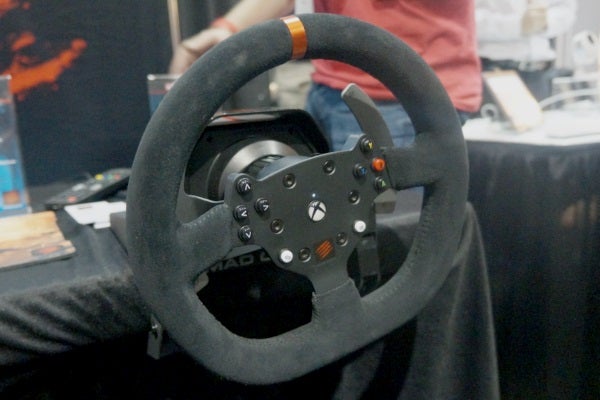 In most respects, the Mad Catz Pro Wheel looks and feels a lot like the other high-grade gaming wheels on the market. It comes in two main parts – the pedal base and the wheel itself – and the wheel part attaches to a tabletop or stand using an integrated clamp.

Mad Catz has designed the system to be modular, though, allowing for plenty of expansion in the future. The wheel part detaches from its base, letting you switch out the steering wheel for another style – an F1 wheel being the obvious choice. Mad Catz also suggested a dedicated shifter is in the works, although the wheel we tried had its own metal paddle shifters. 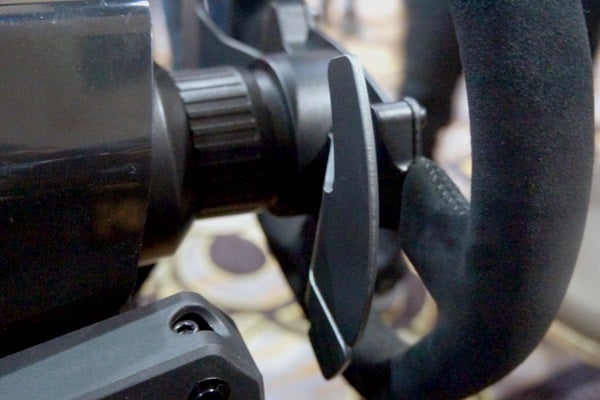 This is a dedicated Xbox One accessory, with the standard console controller’s buttons mapped across the face of the wheel. Unlike the last official Xbox 360 wheel, this is not a wireless setup – although we think the benefits of a wireless force feedback wheel are limited given it needs a significant power source anyway.

The Mad Catz Pro Wheel is constructed primarily out of plastic and metal, although its metallic parts aren’t too conspicuous – it’s there to provide the requisite strength rather than anything else. The wheel itself is coated in a material very similar to Alcantara, a durable felt-like fabric often used in cars (if generally for seat covers rather than steering wheels).

Some of you would likely prefer a leather-topped wheel, as used in the Logitech G27, but the modular approach means that is certainly not ruled-out for the future.

The wheel has a slight ratcheting feedback on turning rather than being completely smooth, but this is common to all but the most expensive force feedback wheels. You can also manually switch between 900 degrees and 270 degrees of motion to suit the sort of driving game you’re playing. 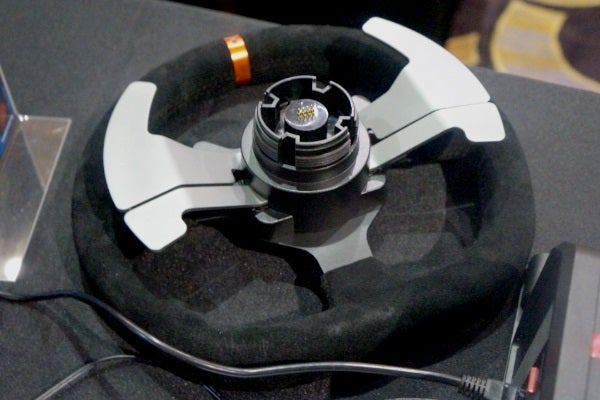 The Mad Catz Pro Wheel pedal setup is fairly rudimentary. You only get two silver metal pedals on a black plastic base – the brake and accelerator – so you miss out on the separate clutch pedal you get with some top-end wheel sets.

As with some rivals, the pedal base is one area that Mad Catz hasn’t perhaps entirely aced. The tension on the pedals did not seem to be particularly realistic, although the pedal experience as a whole was limited by the pedals not being at all properly secured during our demo. 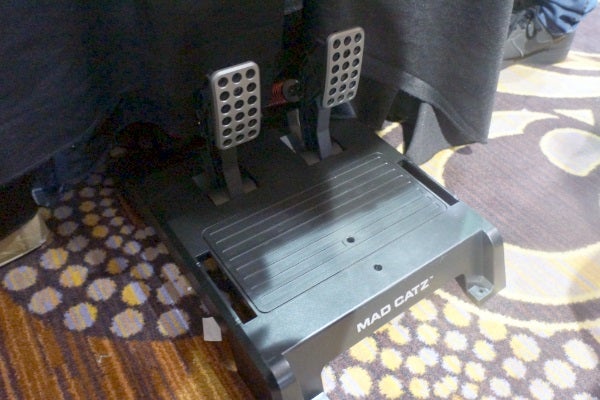 The Mad Catz Pro Wheel uses two motors for its force feedback effects – for those not familiar with this tech, it results in a mix of vibration feedback from the road, and the wheel pulling against your turns.

During our demo, the force feedback effect seemed very light, which might not suit those of you who like to feel like you’re fighting against the car when using a wheel like this. However, the effect is customisable so you should – in theory – be able to ramp up the feedback. We’ll be back with more impressions on what the Mad Catz Pro Wheel’s feedback is capable of when we get one in to review.

It’s also somewhat moot to compare the Mad Catz’s feedback with something like the Logitech G27 or a PS3/4 rival from Thrustmaster, as these simply won’t work with the Xbox One. There is one alternative anyone considering the Mad Catz Pro wheel should check out, though – the Thrustmaster TX 458 Ferrari wheel, also for Xbox One. 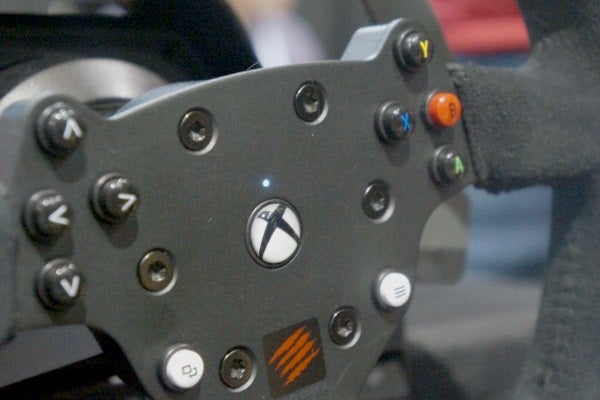 The Mad Catz Pro Racing Force Feedback Wheel is a quality racing wheel, and one of the few we’ll see released for Xbox One in the short-to-medium term.

Next, read our Xbox One review