Aside from the additional Rose Gold colour option, the most important change in this year’s MacBook 12-inch is the processor options. It upgrades to a Skylake-generation CPU, from the Core M family.

These CPUs are tiny, ultra-efficient and designed to allow laptops to use fan-less cooling – even if the system is working flat-out. There are m3, m5 and m7 processor options; I was sent the lower-end m3 version, which is a 0.9GHz dual-core CPU. You’ll pay up to £1,419 for the top-end MacBook with a Core m7 and 512GB SSD, or £1,049 for the one on review.

Related: Everything you need to know about Intel Core M

These Skylake-generation M-series processors bring significant – but not world-changing – performance improvements. The 2016 MacBook is more powerful than the 2015 model across the board, but the same performance caveats apply this time round too.

For simple work tasks and general browsing online, the 2016 MacBook is great. It’s as fast to boot and respond to day-to-day use as a much more powerful MacBook. The latest Core M CPUs are much better than the low-power Intel Atom processors of the past five years. 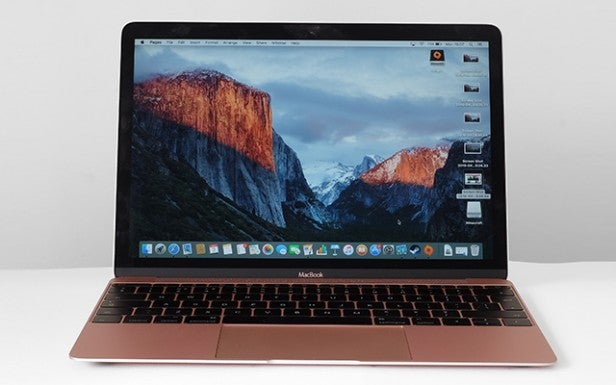 Every part of the MacBook’s core hardware has that fast-to-react quality. There’s a fairly generous 8GB of RAM (1,866MHz LPDDR3) and all-SSD storage, with either a 256GB or 512GB drive. Any recent SSD will see you achieve a responsive feel, but the 2016 MacBook is also faster than the last-gen one.

Using the BlackMagic Disk Speed Test, I recorded write speeds of 670MB/sec and read speeds of 930MB/sec. This is significantly faster than the 740MB/s read and 405MB/s write we recorded with last year’s device of the original 12-inch MacBook, if not quite among the fastest SSDs around. Some can read at up to 1,300MB/sec.

Investigating CPU power, the MacBook scores 5,041 points in the Geekbench 3 multi-core tests and 2,561 in the single-core tasks. Last year we also tested the bottom-spec Core m3 model and scored 4,502 in the multi-tasking portion, so that’s a 10% improvement.

This is roughly comparable with a three-year-old MacBook Air, but then that computer would feel fine to use today as well. It’s generally fast, although the Core m3 series is designed for this sort of low-intensity speed rather than raw power. If you’re going to be juggling macro-packed spreadsheets, or encoding big video projects, then you’ll need something more meaty. 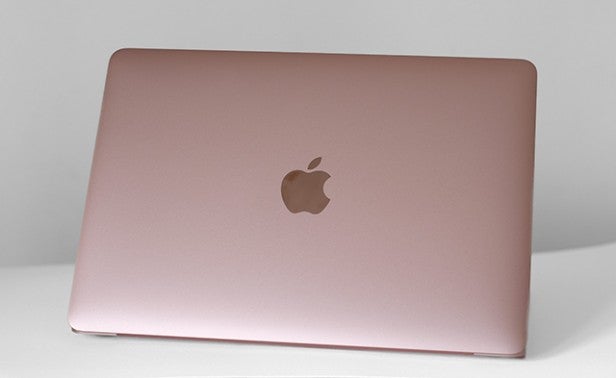 The Core m3-6Y30 CPU has an Intel HD Graphics 515 GPU, which is low-end even by integrated graphics standards, but it can still play less demanding games. It will handle Minecraft at default “fancy” settings at between 35 and 40 frames per second, only dropping to a slightly jerky 20-25fps when you increase draw distance significantly.

For a less casual take on the MacBook 12 (2016)’s capabilities, I attempted to play Dragon Age II. Remarkably, it’s perfectly playable at the 2,048 x 1,280-pixel resolution using Low graphics settings. Turn up the quality of the visuals, or turn on anti-aliasing, and things swiftly take a downturn, but you could play through the game happily enough.

While this isn’t a gaming machine, if you’re willing to stick to low-demand games or seek out console-grade games with highly scalable graphics and an efficient engine, you’ll be able to have plenty of fun with the MacBook.

As well as having a great trackpad and a top-quality screen, the MacBook 12 (2016)’s speakers, too, are fantastic. They’re comfortably the best I’ve seen in a small laptop.

They outdo my day-to-day 13-inch MacBook Pro for volume by a significant margin, while offering similar sound quality. Emphasised mids make the sound a little more aggressive in its presentation, but cramming such power into a frame that’s already jam-packed with the battery is impressive. 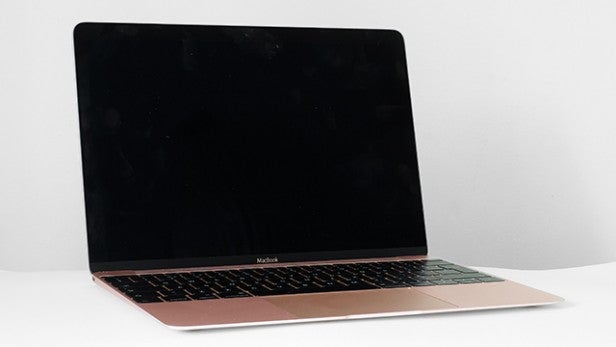 Almost every cubic centimetre of the MacBook design is filled with battery, something Apple is very keen to show off. It doesn’t seem like that’s changed this year, but by using more efficient Skylake-generation CPUs, battery performance has improved.

Apple’s official claim is that the2016  MacBook will last an hour longer than the previous model, at 10 hours of Wi-Fi browsing rather than nine. The MacBook gets close to this in real-world use.

I’ve been using this machine as my day-to-day work computer for some time now, and while it drains at about 11% per hour with my usual combination of writing, browsing and emailing at low-mid brightness, like most MacBooks it also has a tendency to stick onto its 100% power status for quite a long time. Up to 40 minutes at the moment, although MacBooks regularly recalibrate their battery readings if you let the cell drain down fully.

With the MacBook, you’ll comfortably achieve a full day’s work from a single charge. The MacBook Air 13 may last longer, but it also has a much less impressive screen.

Video streaming for an hour over Netflix with the MacBook drained 13% of the battery, suggesting it would last a little under eight hours. However, we were also running with screen brightness of 60%, which is a little higher than you’ll need when using the laptop indoors. 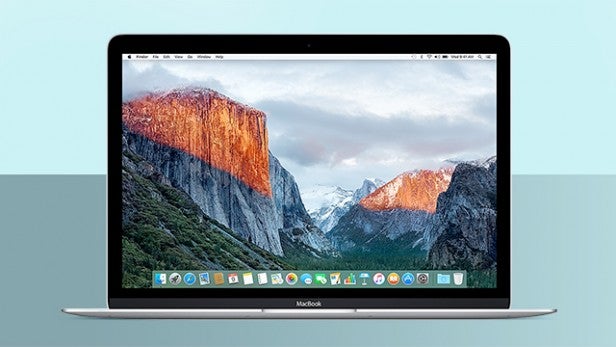 The 2016 MacBook is much the same computer as that of last year in most respects, but it’s more powerful and a little longer-lasting.

Those in possession of a 2015 MacBook  will find little reason to upgrade – unless they have a particular liking for Rose Gold, that is.

Now that Core M devices have become much more common, accepted as perfectly decent engines for light-use machines, the MacBook’s only real sticking point is connectivity. Do you really want to have to carry around an Apple adapter with you all the time and, just as important, even if you don’t mind are you sure you’ll remember to do so?

With the same hits and misses as last year, the 2016 MacBook is just as infuriating and brilliant as its predecessor.