The MacBook  has the most advanced keyboard and trackpad design of any device of this size and type. Apple has put in plenty of work to get these parts just right. However, you’re probably not going to like all of it.

As was the case with the 2015 MacBook, the issue is a lack of key travel. The MacBook has very shallow keys that will be disconcerting for at least the first couple of days’ use. You’ll get used to it, but on returning to my 13-inch MacBook Pro while testing, the older style seemed luxurious by comparison.

My preference is for a decent amount of key travel, but either way, this is by no means a poor keyboard. In fact, it’s great in many respects.

First, the butterfly key mechanism that made its debut in 2015 gives keys greater stability, making even the high-quality MacBook Pro ones appear wobbly in comparison. This helps to bolster how crisp and clean the MacBook keyboard feels. 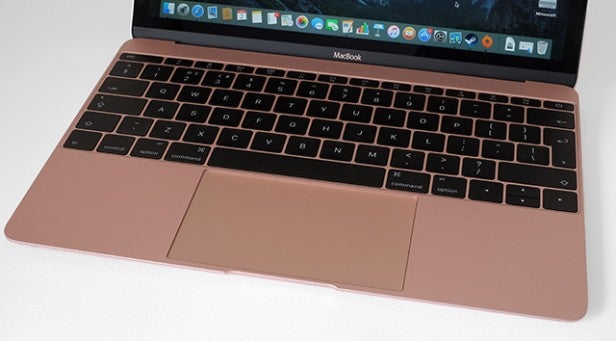 This is was noticeable only in direct comparison, so while the feel of the keys on the MacBook 12 (2016) may make your cringe, the keyboard is fast and accurate to type on.

It also has a quite superb backlight. You have much finer control over its level than any Windows laptop, and there’s no unintentional light bleed since it uses a greater number of LEDs. The benefit is largely aesthetic, but one of those things that you get only with a MacBook.

Apple has worked similar innovations into the trackpad. Like the 2015 MacBook, it benefits from Force Touch technology. This means the actual pad moves much less than that of any other MacBook – it’s virtually static – and uses haptic feedback motors to deliver the “click” that denotes a button press. 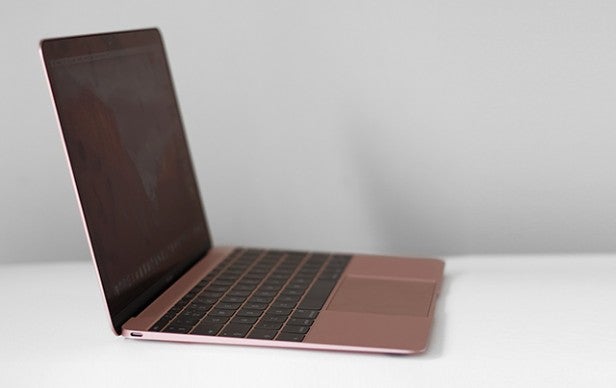 This style of touchpad is also able to sense different levels of pressure, with a harder press delivering a meatier click that also sets off an alternative command.

It’s an all-new type of gesture control for laptops, but right now its uses are somewhat limited. You can peek into photo albums or web links, but I’ll admit it’s yet to significantly alter how I use the machine. It’s a supplementary trackpad feature, and its uses are fittingly non-essential.

The extent to which Apple can, or should, make a Force Touch trackpad indispensable at this stage is up for debate, given only a few models use one.

However, even if you ignore the pressure-sensitive features, the MacBook’s touchpad is excellent. It’s large for a laptop of this size, making use of almost every available millimetre. It has a superb textured-glass surface and has the same near-flawless driver/software implementation as other MacBooks.

It’s no better than last year’s trackpad, but it’s hard to improve on a class leader.

The MacBook’s screen also impresses. It’s a 12-inch, IPS LCD panel of 2,304 x 1,440 pixels. Its 226ppi density looks sharp as long as you don’t get unnaturally close to the screen, and the screen benefits from decent viewing angles.

Contrast and black levels are solid for an LCD, and colour calibration is excellent. Like last year’s MacBook, it aims for the sRGB colour standard rather than the punchier AdobeRGB or DCI-P3 such as the iPad Pro. This results in colours that look natural, rather than “amped up”.

While the laptop’s connections are a pretty terrible match for an enthusiast photographer, the screen is the opposite. 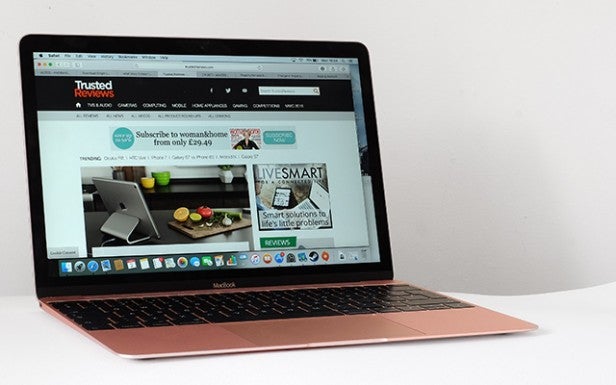 Although the MacBook’s display has a glossy finish, the laptop has a powerful enough backlight to cope with outdoor use, even if it’s bright and sunny.

Used as our main laptop for the review period
Tested for at least a week
Used consistent benchmarks for fair comparisons with other laptops
Reviewed using respected industry benchmarks and real world use
Previous
MacBook (12-inch, 2016) Review Next
Performance, Battery Life and Verdict Review