Apple’s flagship laptop has had a refresh, and while not huge amount has changed over last year’s model, it’s the same price for an improved specification. Win-win, right?

Prices start at £1,049, with laptops including Skylake-generation CPUs over the Broadwell versions of last year. We take a look at whether this makes much difference. 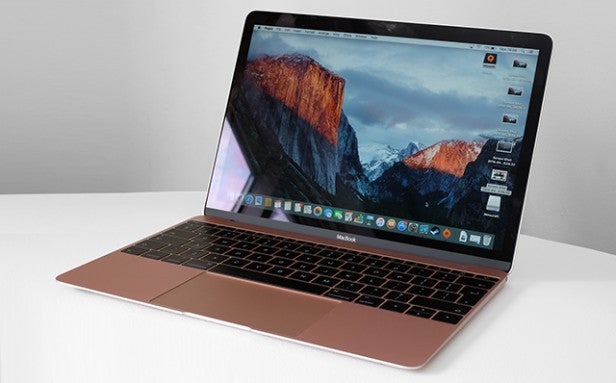 Since the MacBook saw a redesign only last year, it’s no surprise to find that not much has changed with the new model. The 2016 MacBook looks and feels almost exactly like its predecessor.

This is a rethinking of the MacBook Air in all but name, a laptop that aims to fit as much computer into a small space as possible.

The 2016 MacBook weighs 970g and is 13mm thick at its deepest point, making it thinner and lighter than most 12-inch hybrids once a keyboard is considered. As well as being extremely portable, this laptop also has a slightly more modern design than the other MacBooks. The screen surround is slimmer, and unlike the current Air models, the display’s surface is entirely flat.

Related:Apple MacBook Pro 2016: Everything you need to know 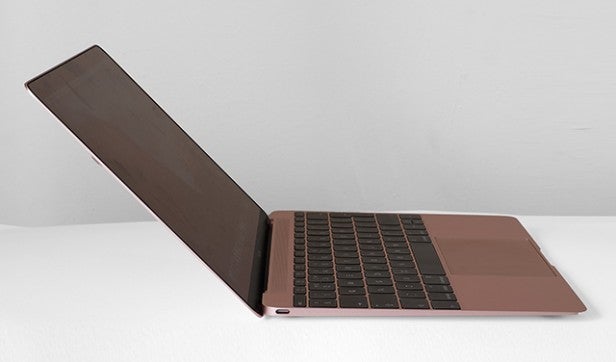 It’s a luxurious but mostly practical device, and as is the case with other MacBooks, it’s encased in an all-aluminium shell.

The 2016 MacBook is available in the same colours as last year’s model – gold, silver and grey – as well as new-for-2016 Rose Gold option. While this colour option won’t be to everyone’s taste, it’s certainly more classy than the hot pink laptops we’ve seen over the years.

Many Windows machines at this price – such as the Lenovo Yoga 900 – now offer either “360-degree” hinges or a full hybrid style, enabling you to remove the screen and use it as a tablet. Don’t expect any such features with the MacBook; this is a laptop and nothing more. There’s no touchscreen, and the display won’t bend back any further than is the norm on a laptop – around 135 degrees. 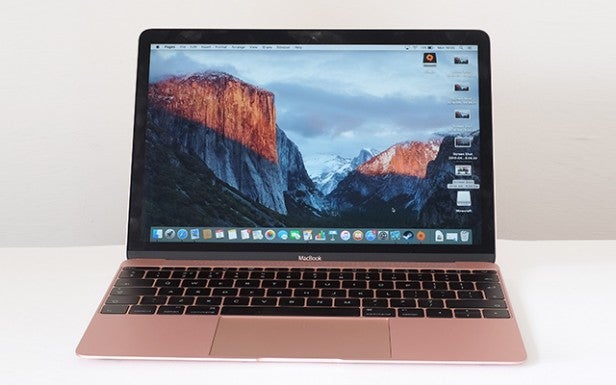 Apple may one day merge its OS X and iOS worlds, but there’s no hint of such progress here. The company’s vision for the future is about wireless computer use, continuing the precedent set with the MacBook 2015.

With this in mind, the 2016 MacBook features just one main connector, a single USB Type-C port used both to charge the laptop and connect any peripherals. There is a 3.5mm headphone jack on the other side of the device, but that’s it.

This will prove a problem for many. Photographers will find that there’s no simple way to connect an SD card. I shoot and edit photos most days, and the process I follow each time is to remove the card from my FujiFilm X-T10 and pop it into my MacBook’s card slot. I don’t need to mess around with cables, nor do I have to get involved with any photo-importing processes. 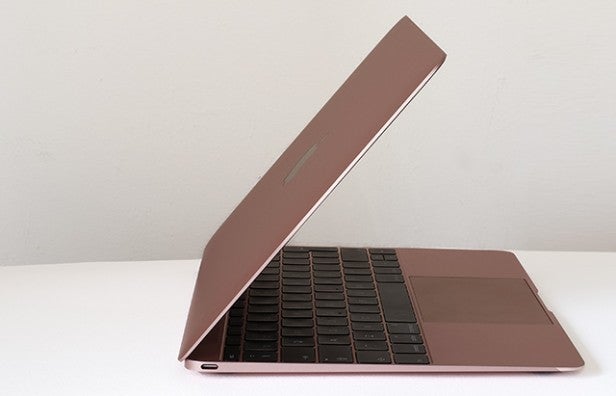 With the MacBook, however, you’ll either need Apple’s USB Type-C converter (£15) and a camera cable, or the converter and a USB card reader.

More native USB-C devices are appearing all the time, however one issue that can’t be overcome here is that the MacBook has a one-port problem. Since its USB-C is used to charge and connect peripherals, it’s pretty useless as the brain of a desktop setup.

Related: Everything you need to know about USB-C

Apple’s solution is its Multiport Adapter – but this only adds an HDMI and a single USB, it looks clunky and costs £65. It’s not ideal.

Like last year’s MacBook, the port is a Gen 1-spec USB Type-C port, meaning bandwidth is 5Gbps rather than the 10Gbps the majority of USB-C connectors will eventually offer.

However, this is only worth worrying about if you’re holding out for a MacBook dock that will let you plug in a couple of monitors, an external hard drive, a keyboard and so on. My advice: it’s not what this machine is about.

Used as our main laptop for the review period
Tested for at least a week
Used consistent benchmarks for fair comparisons with other laptops
Reviewed using respected industry benchmarks and real world use
Next
Keyboard, Trackpad and Screen Review