What is the Lytro Illum?

The Lytro Illum is a ‘light field camera’ that lets you pick the point of focus in your photos after you’ve taken them. We first saw this Lytro tech back in 2011 when the company announced its first camera, which was in the unconventional shape of rectangular tube.

However, the Lytro Illum ups the stakes by offering much higher-end hardware and a device that looks and feels a good deal more like a compact system camera or DSLR. Image quality and the control you get over your shots has improved massively.

You can’t help but be impressed by the Lytro Illum and its fascinating technology. It’s capable of some jaw-dropping effects. However, with pure image quality that doesn’t match up to a £300 camera in some ways, let alone a £1300 one – which is the Illum’s price – it’s still a curio rather than a sensible purchase for most photographers. 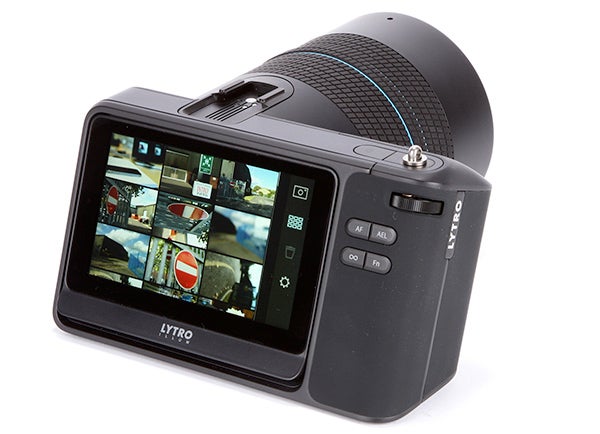 Before we get down to the nitty gritty of the Lytro Illum, we need to look a bit more into how it differs from normal cameras in fundamental technical ways. It doesn’t just use a standard sensor.

As well as harvesting normal image data about colour, the detail of objects and so on, the Lytro Illum sensor calculates the angle of light as it comes into contact with the sensor. This gives it information about the position of objects within the field of view, letting it effectively map out a 3D model of a photo. Its images aren’t really flat in the way standard photos are.

We’ve seen attempts at the sort of effects Lytro’s cameras produce in phones such as the HTC One M8, which uses a pair of camera lenses and sensors to determine the same sort of depth information. However, the accuracy of the Lytro Illum’s data is in a whole other league.

Lytro calls it light field technology, and it’s why the original Lytro camera was a long tube rather than a more conventional camera shape. As it’s so much larger, the Lytro Illum can fit the light field tech into a shape that’s a bit more recognisable. 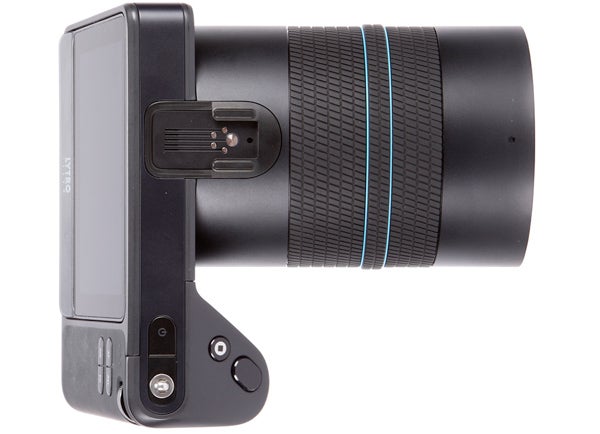 The Lytro Illum consists of a large lens barrel attached to a slanted camera body. It’s part familiar, part new, which isn’t a bad way to sum up the whole Lytro ethos.

This isn’t intended as a replacement for your DSLR or CSC. It’s more a complement to it.

The Lytro Illum is also a far different prospect from the original £300 light field camera. This time you get a big rubberised grip that allows for much more conventional handling.

Its slanted body does lightly will you to shoot at around waist-level rather than head height, but the rear display can be tilted to make the display level with your face. The only time when this quirk feels like a drawback is when shooting in portrait aspect, but again this can be overcome by fiddling with the display angle.

If anything, how conventional the shooting experience can feel at times is quite surprising. While the Lytro Illum lets you refocus post-shooting, you still need to pick an original focus point just as you would with a normal camera. There are some limits to the number of areas you’ll have access to in post-production. 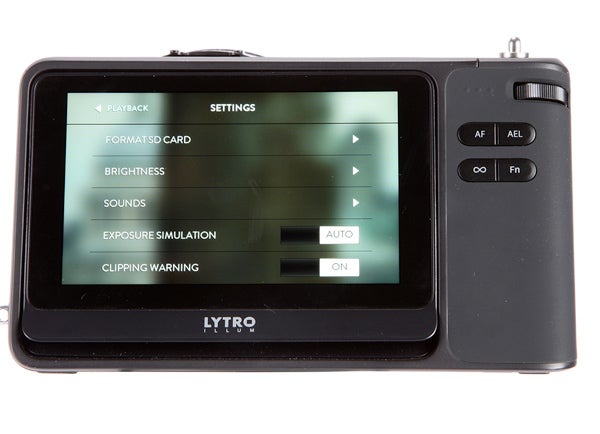 The most familiar approach to shooting is to use the standard AF mode, which lets you use the touchscreen to pick a subject. Alternatively, you can get more involved in the whole light field process. There’s a Lytro button on the Illum, which uses a multi-coloured focus peaking effect to show you the various zones you’ll be able to re-focus on. Focus peaking is where the in-focus parts of a photo are highlighted: normally in white, but here you get colours to separate the zones.

There are two manual control dials, too, letting you get access to some shooting parameters, while rubberised rings on the 8.5cm-diameter lens control zoom and focus. The Lytro Illum’s lens has a fixed aperture of f/2, so there’s no changing aperture on the camera, but you can make the dials control exposure, ISO and shutter speed. While much of the work is done after you take photos, the camera is also prepared for manual control while you shoot too. The lens has a thread of 72mm onto which you can mount filters, and you get a 4-stop ND filter in the box.

The Lytro Illum lens is fixed, and all its focusing and zoom adjustments are made internally – leaving no parts to move in, out or around on the outside of the lens bar the zoom and focus controls. You get 8x optical zoom to play with, with a focal range of 30-250mm in the 35mm standard.

This gives you a pretty versatile zoom range that’ll cover the vast majority of eventualities. Of course, some of the most important parts of the composition process are done once you hook up the Lytro Illum to your Mac or PC.

The camera doesn’t capture standard image files, but proprietary LRF ones that hold all the data the Illum captures. They stack up at 55MB each.  Where editing is optional with a normal camera, it’s just a part of the process here. 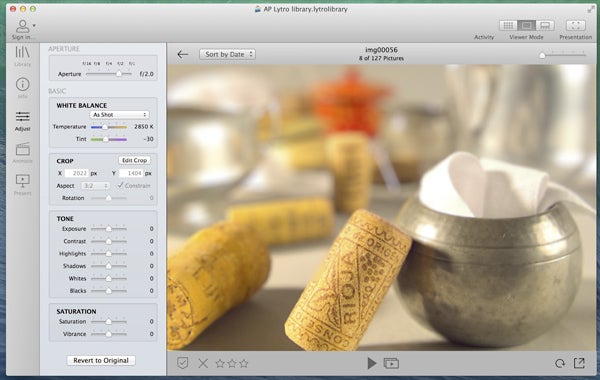 Once your LRF files are opened-up in Lytro’s editing software, you can pick the area you want in-focus, and fiddle with the depth of field by switching the aperture between f/1 and f/16. Yes, you can go even wider than the native aperture of the lens, giving you masses of creative control. The effects on offer can be quite beautiful.

Other than fiddling with your Lytro Illum shots on the desktop software, you can also use the camera’s Wi-Fi to transfer them to an iOS device and upload them to the Lytro site.

But what can you actually make from the LRF files to use elsewhere? Once you’ll played with the focus and depth of field, you can export 4-megapixel JPEGs or make neat animations that transition through changes in depth of field and focus.

Read the Lytro Illum’s specs and you’ll see claims of 40-‘megaray’ resolution. However, in more familiar terms the resolution is still very low given the camera’s price.

The animations in particular still impress, though. To make them, you setup key frames of different depth of field and focus settings, which the software then passes through smoothly. It’s here you really get to appreciate the fidelity of the depth information the Lytro Illum offers. However, the level of control you have over these animations is still rather limited.

The third, but perhaps least interesting, results you can produce are stereoscopic 3D JPS files.