What is the WowWee Lumi?

Well, WowWee’s new gaming drone flies in the face of boring conventional wisdom. It’s a pint-sized drone to be flown indoors, near people and – ideally – by children. I know what you’re thinking: is this really such a good idea?

Well, it’s a smarter one than you might expect. WowWee has designed Lumi from the ground up to be as fun, safe and easy to fly as is humanly possible, working in concert with a small device known as the beacon and a simple mobile app. Not only can kids fly Lumi, they can play games, do stunts and create acrobatic routines – all without exiting the family home.

Most parents will – quite rightly – have safety concerns, but a few moments with the drone should allay most of them. 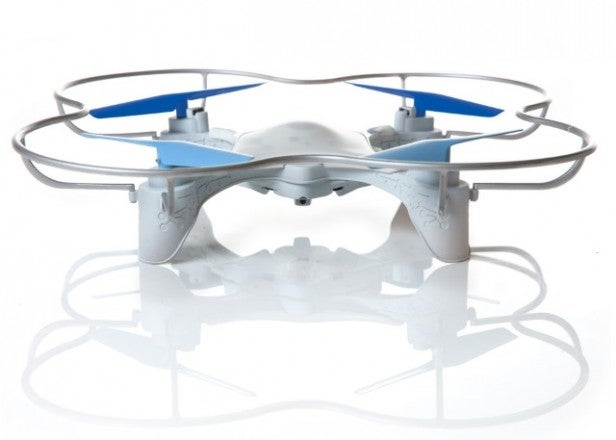 It’s a very slender, lightweight drone: just 28cm long along each side and weighing a mere 132g. The rotors move at a terrifying speed and make an equally nerve-wracking noise, but the sides and below are set behind a flexible cage, which seems to help Lumi bounce off most obstacles.

It would be possible, with a little effort, to stick a finger in them from above. However, in tests with a baby sweetcorn this didn’t do a lot of damage. There may be tears, but no dramatic rush to casualty.

On its own, Lumi doesn’t do anything; to even achieve take-off you need to download and install the Lumi app. Once installed, it searches for the drone over a low-power Bluetooth connection. Phone and drone are quickly linked and the main menu appears, with options for Free Flight, the Lumi on the Beat game and the Lumi Dance activity. 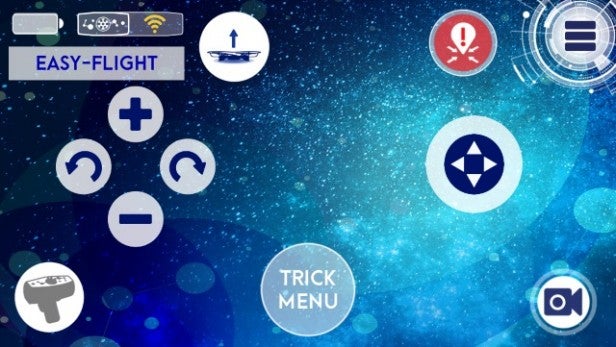 Within the app you can just tap Free Flight, switch to the Advanced Flight mode and control Lumi using a virtual D-pad, plus up, down and rotate controls, all mapped on the surface of the touchscreen.

Just bear in mind that the controls are incredibly responsive, and that your idea of where Lumi is pointing at any given moment might not correspond to where Lumi thinks it’s headed. This can result in moments of sheer panic for spectating children, house-proud spouses and – particularly – nervous pets.

While there is a panic button that brings Lumi down instantly, flying it in Advanced mode can be perhaps just a little too exciting. There’s potential for loved ones to be pursued and pummelled by the drone and for ornaments to be swept off shelves or mantlepieces. This will not make the drone very popular. It won’t make you very popular, either.

Luckily, there’s an easier way: hold the beacon or attach it to your phone or tablet with the clip provided, turn it on, then switch to Easy flight mode.

Lumi now takes over much of the work of flying, moving slower, with improved stability and more inertia, while using the beacon to work out roughly where you are. You can switch it to a mode where it will follow you around the room, avoiding obstacles, human beings and decorative objects. What’s more, you can tap a button to summon up a library of cool(ish) automated tricks, which send it spiralling upwards, downwards, circling or swaying back and forth. 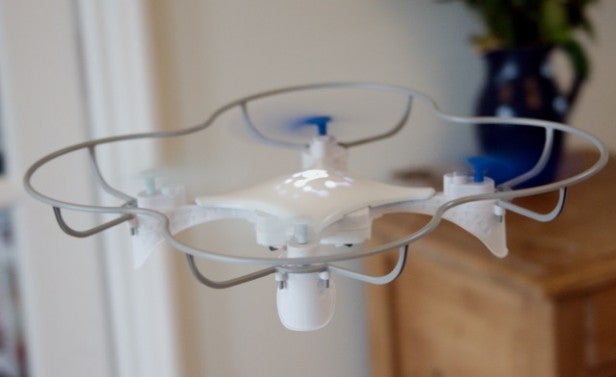 In theory, this makes it easy enough for your average kid to fly – and in practice, most will manage it without issue. The controls can still be twitchy, though, and Lumi has a worrying habit of speeding towards you, hell for leather.

However, with a little patience and practice, most children of nine, ten or upwards can probably manage it, provided nerves don’t get the better of them. You can even set it to follow the clip around, which minimises the sudden bursts of movement.

But there’s more to Lumi than just Easy Flight. Remember the gaming drone bit? What this really comes down to is a simple, Simon-style follow the colour game, where you tap one of the four buttons on your device to match the current colour of the LEDs on Lumi.

You tap them in sequence to start the drone flying, then simply watch and tap to get the highest score you can. This isn’t particularly challenging, and it isn’t when Lumi is gently hovering nearby. However, Lumi’s habit of suddenly speeding towards you can result in breaking your focus.

As a game, then, it isn’t entirely successful, but that doesn’t mean it can’t be fun. 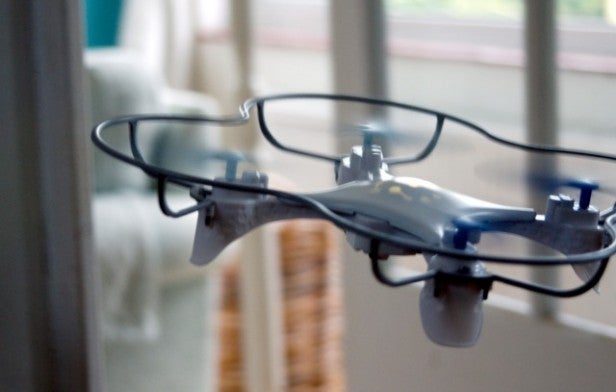 Beyond that, you can program Lumi with dance routines, selecting Lumi’s pre-selected song or one from your device’s music library (it has to be one you’ve downloaded for the stock player, so bad news here for Amazon Music or Spotify fans).

After that, you can sequence movements, tricks and light colour changes to the beat, enabling you to create your own drone performance. The results aren’t always predictable, but the interface is slick and it’s relatively easy to put a sequence together.

What’s more, you can capture your efforts on video through your device’s rear-facing camera. You’ll need to link to a Bluetooth speaker, though, or you won’t hear anything over the rotors.

Lumi can be a lot of fun, but I’m not sure it’s where it needs to be quite yet. You don’t always feel in full control, it isn’t always perfectly responsive, and the iOS app has a nasty habit of crashing halfway through a dance routine.

At times it’s reluctant to connect, too. The fact that it’s noisy and prone to crashing into things means it won’t be welcome in some households, especially where space is tight.

Meanwhile, the battery lasts for only around 20-30 minutes, and while it takes an hour or so to recharge, you have to remove the unit from the drone then connect it through a proprietary cable to a USB charger or PC with a free USB slot. 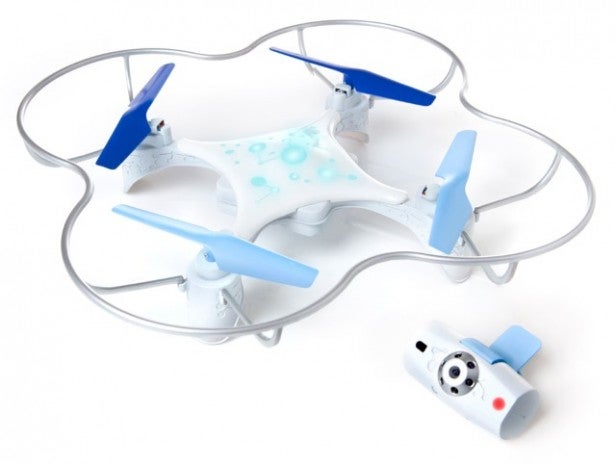 Should I buy the WowWee Lumi?

The Lumi is a fun little drone for indoor use that’s easy enough for kids to fly and reasonably safe to use. However, it’s a little temperamental and prone to sudden bursts of speed or changes of direction.

Perhaps the biggest issue, though, is that Lumi doesn’t really do enough to keep a child’s interest for more than a few days. Sure, you can fly it and run through the preset tricks, play the game for an hour or so, and create a few dance routines, but Lumi really needs to have more games and activities before it lives up to its gaming drone billing.

The basic drone design is sound and there’s little WowWee couldn’t fix through software updates – but right now, Lumi is a nearly great tech toy, rather than the finished item.