If you are looking for a challenge then Luigi’s Mansion 3 might not be for you. The game is only mildly difficult but – for most – that won’t really matter. Luigi’s Mansion 3 is an absolute delight from start to finish, bursting with charm and re-playable mechanics.

From Super Mario Odyssey to Mario Kart 8 Deluxe, games that feature Nintendo’s full roster of flagship characters are often oozing with fun. It may then strike you as odd that Luigi’s Mansion 3 – a quasi-horror game featuring Mario’s big bro – is a game aiming for unbridled fun even more than those aforementioned joyrides.

Most games try to be fun in some way, so – to be more specific – Luigi’s Mansion 3 aims to be a playground that’s full to the brim with whimsical moments and a range of toys to allow you to goof around to your heart’s content.

You’ll lose yourself in this game like you would exploring an expansive world in games like Assassin’s Creed Odyssey and Horizon Zero Dawn. Luigi’s Mansion 3 is a lot smaller than those games, but it encourages you to look under every rock and peak around every corner – rarely leaving you unrewarded. 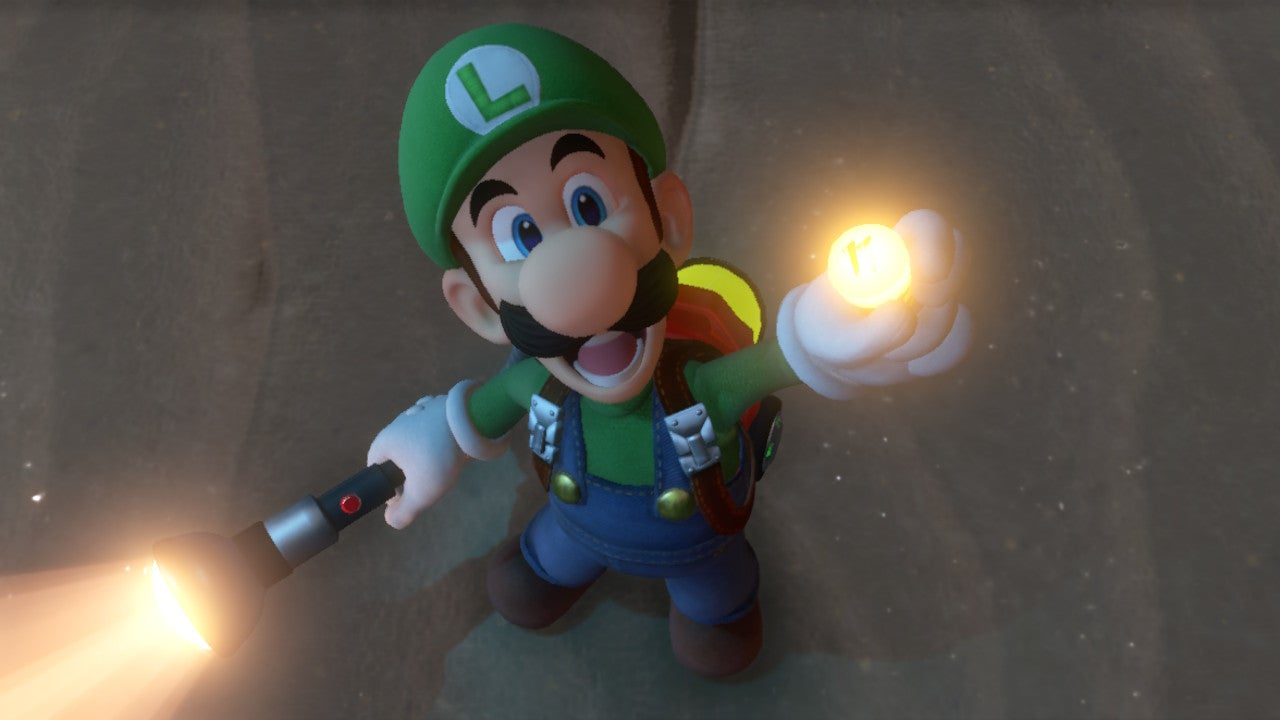 There isn’t much to the gameplay in Luigi’s Mansion 3 – everyone’s second favourite plumber has a ghost-busting vacuum that has a couple of extra tricks up its sleeve, but not much more. You’ll climb the hotel to find your buddies Mario, Peach and two Toads – needing to collect elevator buttons along the way to reach the summit.

For the most part, Luigi’s Mansion 3 has no frills. You’ll encounter a variety of enemies but many function very similarly – you usually blind them with a light attached to your Poltergust ghost capturing machine and then suck them up. While you are capturing them, you’re able to bash them around a bit – even using them to damage other enemies.

The majority of encounters go as described above, but – in the same way some hack and slash games see you do similar attacks over and over – it’s the swashbuckling pace of the action that keeps it interesting. 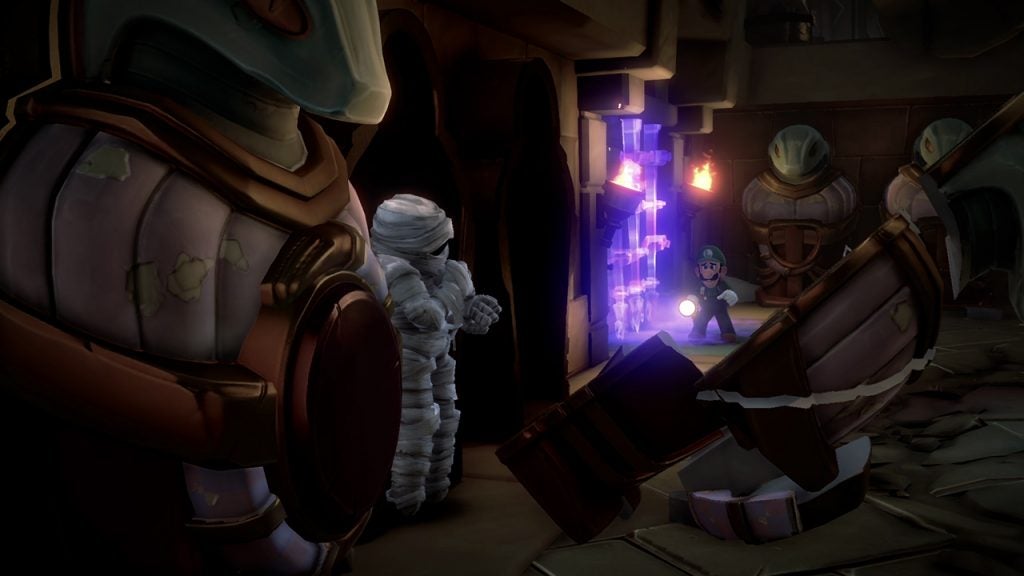 There are some neat additions as you make your way through the game. Early on, you get access to a suction cup which aids you in interacting with some harder to reach or heavier items. Then, there’s the Dark Light, which allows you to reveal hidden secrets – sometimes ghosts and sometimes hidden pathways. This mechanic is responsible for what is the only irksome part of the game.

Luigi’s Mansion 3 provides most of its fun through smashing and rummaging but Dark Light is sometimes needed to progress – meaning you may have to scour a room for some time just to find one small thing that this light can reveal… which is not ideal.

We can’t forget the delightful Gooigi – a new addition for this entry in the series. Gooigi marvelled fans in the trailers. However, while the flubber-like replica of Luigi introduces some fun mechanics, Gooigi doesn’t have as big of an impact as some might have hoped.

What Gooigi does offer is some interesting ways to defeat the bosses. Some bosses feel beatable by just struggling through with good ol’ Luigi. However, several can be overcome much easier if you use your noggin and deploy Gooigi. 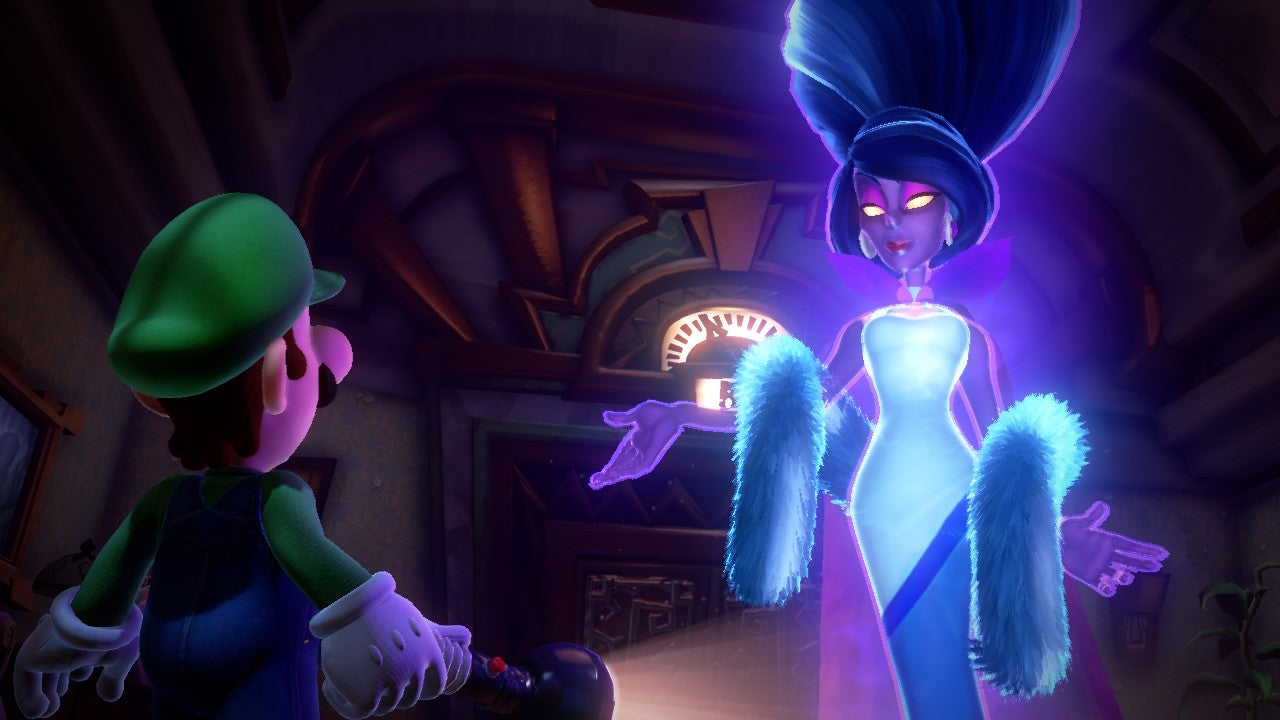 Luigi’s Mansion 3 does a very good job of differentiating bosses in a game that otherwise has a pretty basic set of mechanics. From amping up fights with the introduction of water – something you’ll want to keep Gooigi safe from – to turning aspects of gameplay into a puzzle that requires you to keep a close eye on several elements at once.

All that is well and good, but it doesn’t feel like those elements are the heart of Luigi’s Mansion 3. The joy of it feels somewhat indescribable – but let’s give it a shot.

Luigi’s Mansion 3 seems to live by Facebook’s old mantra – stay with me – of “move fast and break things.” You can think of the hotel in Luigi’s Mansion 3 as a giant pinball machine – with some trap doors and eccentric characters to jazz it up. 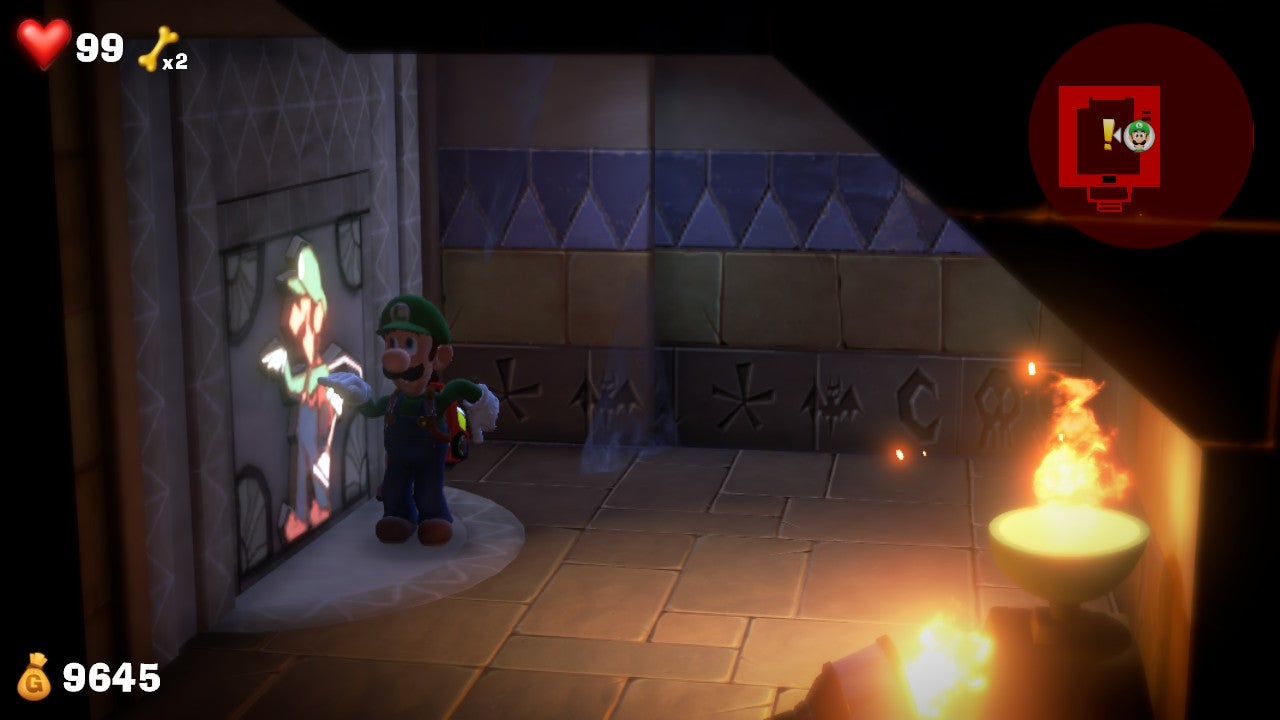 As Luigi, you’ll smash and vacuum your way through the setting and are often richly rewarded the more you do so.  The combat is decent enough but just being in the world is an absolute blast, duly broken up by slapstick cutscenes to keep the game from going stagnant.

Scenes often show our hero shivering in terror before being gazumped by a mean or despicable looking poltergeist. The story is so light and the level of difficulty is so inviting that you’ll find it unbelievably easy to pick up Luigi’s Mansion 3 for a couple of hours.

The game comes in at around 15-20 hours total, that is, if you aren’t an ardent explorer – it could go on for much longer if you want to find all the secrets in the game and collect all the collectables. 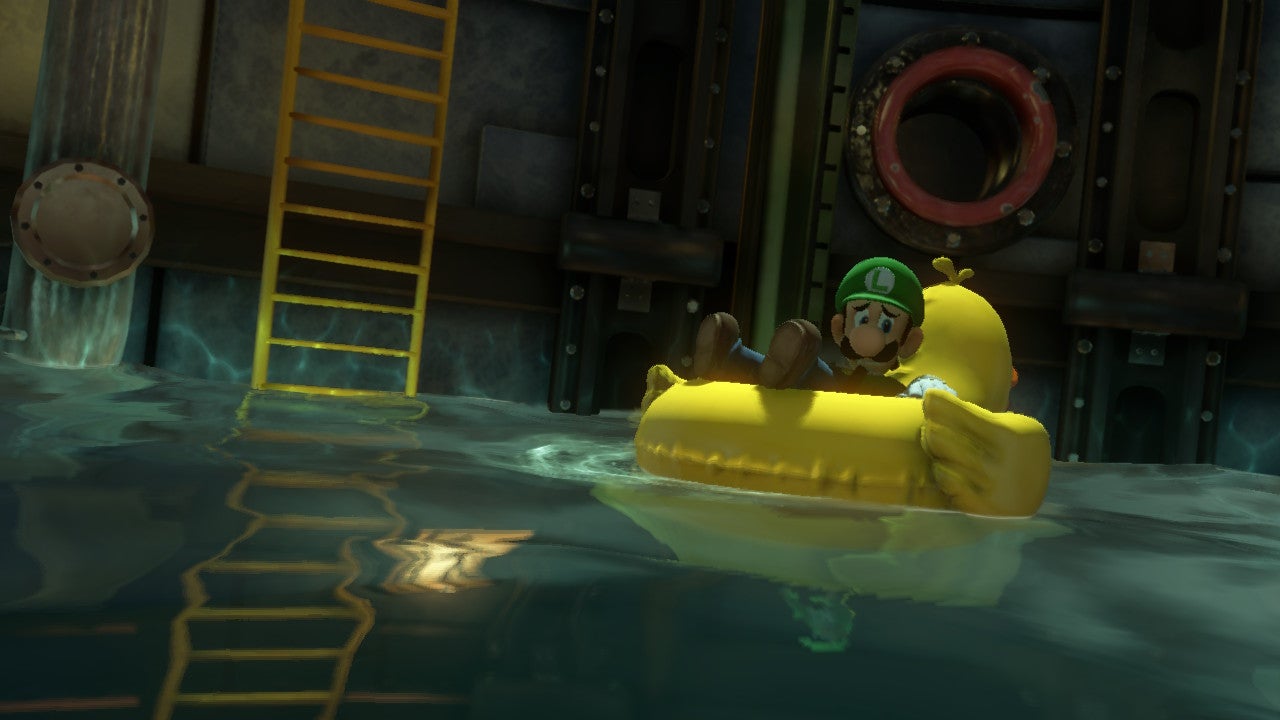 This instalment even offers an online mode to play with friends – a welcome addition as you’ll likely be downbeat after completing the game. The mode is called ScareScaper and is essentially a horde mode with a timer.

You’re required to capture a specific number of ghosts across a floor before moving up – with 10 floors to climb in total. The mode is far from essential but why wouldn’t you want to play more of this charming funfest?

If you’re looking for a challenge then Luigi’s Mansion 3 might not be for you. The game is only mildly difficult but – for most – that won’t really matter. Luigi’s Mansion 3 is an absolute delight from start to finish, bursting with charm and re-playable mechanics.