What is the LucidSound LS30?

The LucidSound LS30 is a wireless gaming headset. It will work with your PlayStation and Xbox consoles, and your PC.

What sets the LucidSound LS30 apart, however, is that it can also work well as a standard pair of headphones. Not a wireless set, since it uses a dongle rather than Bluetooth, but the removable boom mic and street headphone-like design certainly means it looks the part.

At £129, the LucidSound LS30 is decent mid-range headset for those looking for a device that serves a purpose beyond simply gaming. 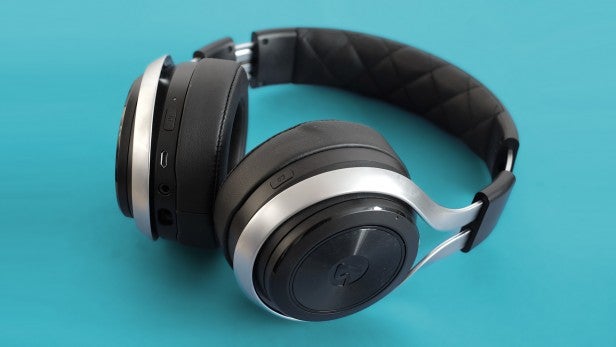 The LucidSound LS30 is big. Large pads and giant ear cups put this firmly in the “full-size” category.

However, it’s also one of the only gaming headsets I’ve used that I wouldn’t be embarrassed to wear in public. I’ve been doing so too. During testing I’ve used the LucidSound LS30 as my everyday pair of headphones as well as for gaming. 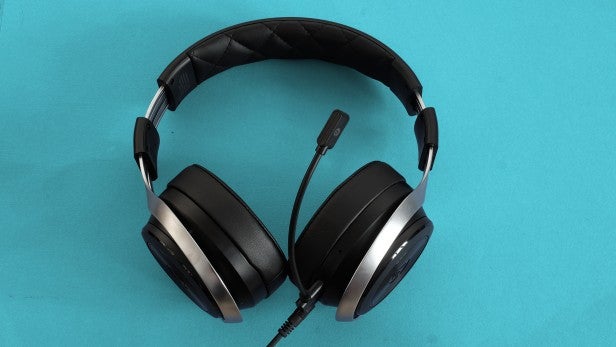 They’re fairly comfortable to wear for hours at a time. There’s plenty of foam padding in the leatherette pads, and they’re large enough to fully enclose most ears. While the headband does apply a little bit of pressure to the top of your head, it too is generously padded.

Using the headset outdoors, I did notice that it doesn’t have as good isolation as a lot of normal full-size headphones, though. It will block out most of the noise of a conversation or TV in another room, but not someone next to you.

There’s some creak to the LucidSound LS30’s plastic too, but among gaming headsets, they do offer a touch of class. The metallic band that snakes around the ear cups is actually metal, rather than plastic imitating metal, and the two-tone silver/black colour scheme is refreshingly neutral for a gaming headset. 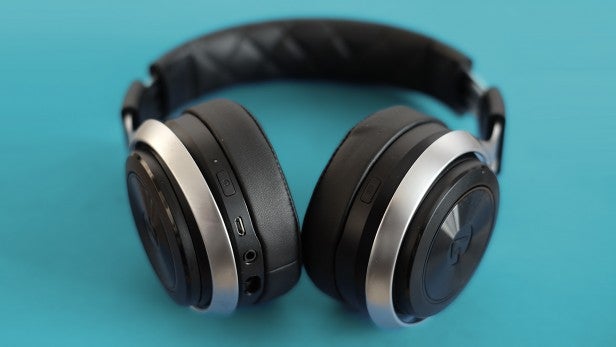 The part that enables the LucidSound LS30’s most important gaming features is the wireless dongle. You plug this into a a PS3/PS4 or a Mac/PC and it will take over sound card duties after a two-minute tweak of the system preferences. Xbox owners need to plug in the included optical cable instead, connecting the console’s optical out to the socket on the dongle’s side.

One of the few minor, and common, disappointments of the LucidSound LS30 is that this dongle is fairly large at 10cm long. Also, it doesn’t use Bluetooth either, so you can’t connect wirelessly to a phone – although it may be possible to do so with certain devices using a USB OTG adapter. But this isn’t a slick solution. 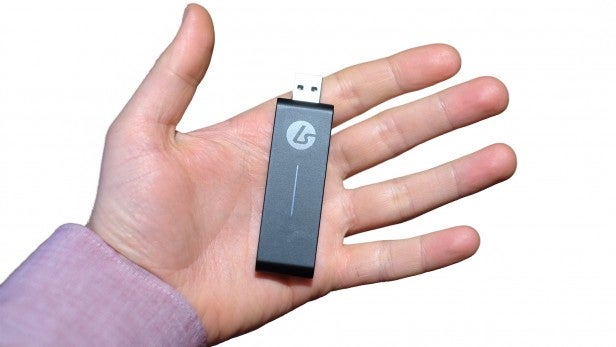 Wireless reliability and range are solid. Within about 5m the signal is flawless, cutting out at around 8m. Unlike Bluetooth, the signal doesn’t gradually break down into a garbled mess. For the most part, it either works or doesn’t, and when you come back into range the LucidSound LS30 links back up with the dongle almost immediately.

When using wireless you use two rotary dials on the cups to change the volume and the level of the feed from the mic, and a tap on the button on the back of the cup cuts out the sound so you can just hear the mic feed.

The LucidSound LS30 has two mics: one built into the headset (which can also be used to take calls when plugged into a phone), and a removable boom mic that plugs into a socket on the bottom of one cup. 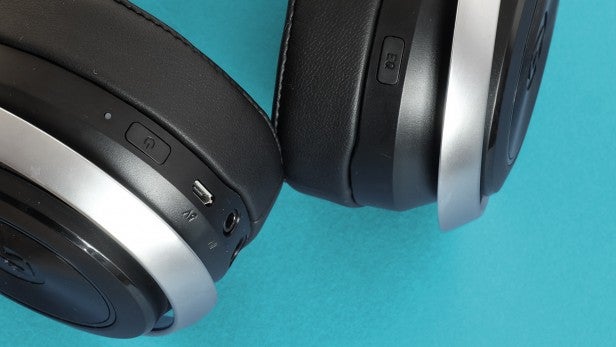 You’ll achieve better voice clarity using the boom, even if you don’t angle it right by your mouth. You can wiggle it about freely since the LucidSound LS30’s mic has a flexible arm.

It’s fine for gaming, but don’t plan to record a podcast using the LucidSound LS30 as the fidelity just isn’t there. The boom mic is also less directional than you might assume. It’s still happy to pick up noise from around the room. 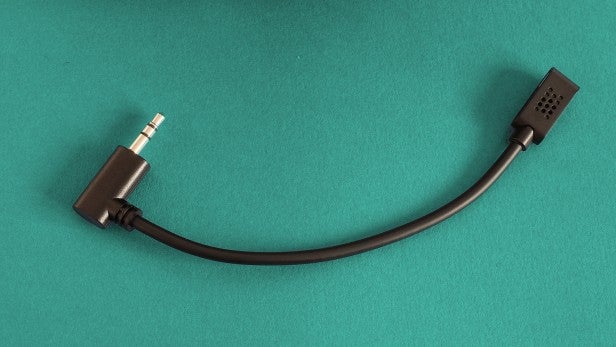 There’s no actual remote housing on the cable used to attach to a phone either, so while you can use the LucidSound LS30 as a pair of headphones and take calls using the built-in mic, you don’t get the full music/call control of set with an in-line remote. The buttons on the side only work when used wireless.

The LucidSound LS30 use an built-in lithium ion battery to power the wireless side, recharged using a microUSB socket. You’ll get up to 15 hours of use between charges, which is par for the course for a decent £100-ish headset, matched by the Turtle Beach Stealth 520.

A button on the right cup lets you switch between normal, extra bass and extra treble modes. It’s a good idea to have a play with these depending on what you’re doing with the LucidSound LS30.

The extra bass mode will add some extra drama to explosions, but it isn’t great if you’re listening to music since the bass is slow and overblown. It ruins any sense of rhythmic drive. 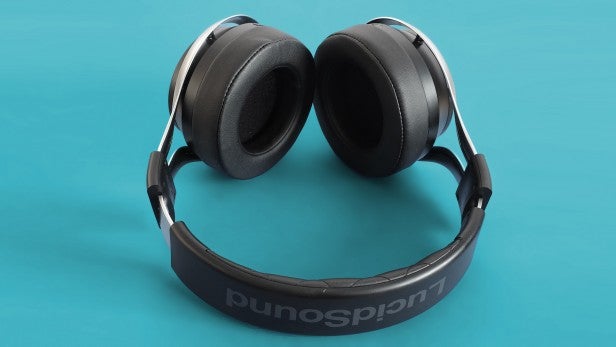 With the default mode, the LucidSound LS30 delivers fairly decent sound. Bass tightness and general definition aren’t close to what you’d get in the best normal £100 headphones, but you also need to consider all the other tech that’s packed in here. For a gaming headset, it isn’t bad at all.

Dialogue clarity is slightly undermined by poor bass control, but using the treble booster will significantly clean up the sound. The bass is more neutral; less clogged. It’s what I’ve been using to listen to music. The trade-off is a loss of warmth and some smoothness, but it’s a good mode to use if you like your music to sound natural, or want to make sure you don’t miss a word of team chat.

Like the on-cup controls, EQ doesn’t work when the headset is used with a cable, reverting to the default EQ setting. 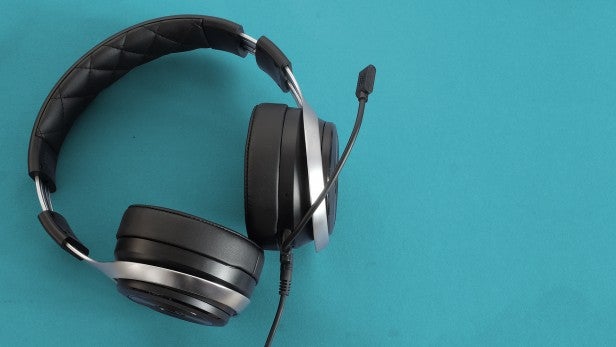 Should you buy the LucidSound LS30?

The LucidSound LS30 is a good buy if you want a gaming headset that serves you away from your living room.

It’s better-made than some headsets around the price, with metal where you’d usually see plastic, and its EQ modes let you flick between sound modes quickly and easily .

What it lacks is surround-sound audio, offered by the Turtle Beach Stealth 450 and 520 at a similar price. Note that you also miss out on some of the best features if you use the LucidSound LS30 with a a phone.

However, PC and PS4 gamers who aren’t too bothered about surround sound will really like the LucidSound LS30.

A solid gaming headset that won’t look out of place when used as a normal pair of headphones.