It might not be the stuff of Mills & Boon, but Love You to Bits’ opening – which depicts the couple’s parting moments without any text or speech, with only a cute and colourful art style and a stirring soundtrack to tell the story – is a genuinely touching moment, and serves as a strong start for a puzzler that boasts much promise. 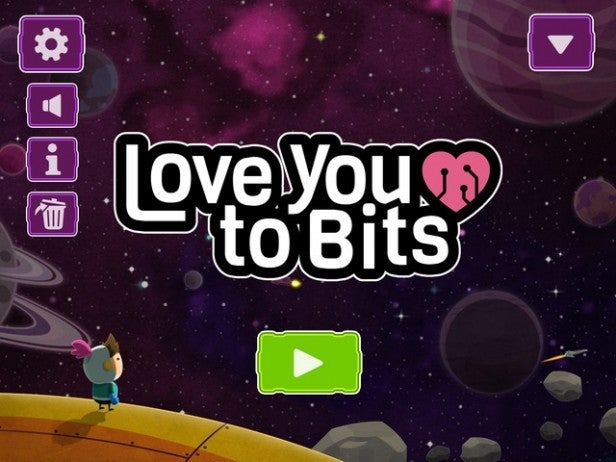 Indeed, the decision to dispense with a script and rely solely on Love You to Bit’s 2D visuals is one that’s mirrored by the game’s similarly simplistic approach to point-and-click play, which strips things back to perfectly fit mobile’s little-and-often attitude. Movement is a simple case of holding your finger on the corresponding side of the screen, with objects to pick up or interact with signposted along the way.

There’s no need to worry about working out when you need to deploy said objects, either. When you happen across points in play where they can be used, an action button pops up magically to drop them into play. As a result, levels are less about working out what objects to use where (and is typically the case in PC point-and-clicks) and more a matter of process; interact with everything in the stage and, chances are, you’ll unlock the secret at some point. 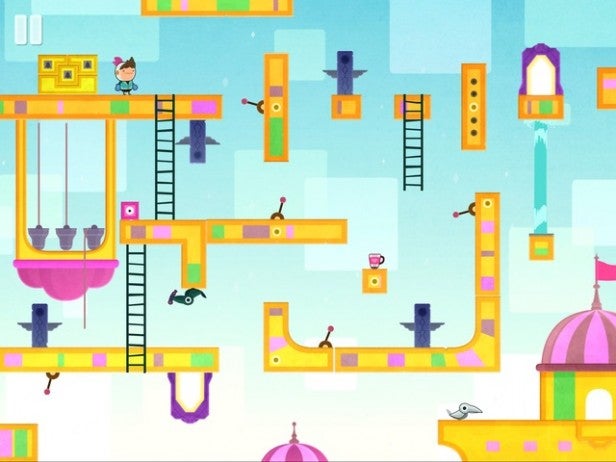 In most cases, that means levels don’t take longer than five minutes. The piece of your robotic lady friend’s body that you need to retrieve is indicated before you even kick off, and reaching it comes down to clearing a collection of hurdles in your path. An early stage sees you trying to reach a piece of the puzzle stuck at the top of a statue, but picking it up sees you do everything from pierce a small child’s helium balloon with a bird’s beak to throwing a water balloon at a bully to force him from atop a kid’s slide.

That’s just one stage, too. Levels take all shapes; from maze like structures where you have to use levers to physically revolve the floor beneath your feet to an especially ingenious challenge that takes place between cells within a comic strip. Each stage is slightly different, but the core controls remain identical, allowing Love You to Bits to feel reassuringly familiar as you progress without the game becoming a rollover.

In fact, it’s because things are arguably too difficult at times that Love You to Bits doesn’t quite reach its potential. Some of the puzzles are a little off the wall, with a couple of stages coming to an end successfully before I’d even realised what I’d done and why. With no signposts beyond a hint system that can only be tapped into once every few hours, traversing an entire stage and frantically tapping every part of the screen is a strategy the developer surely didn’t have in mind. Case in point; knowing that the aforementioned balloon needed to be filled with water came not from any form of direction, but from desperation. It was the only thing I could do that I hadn’t already tried. 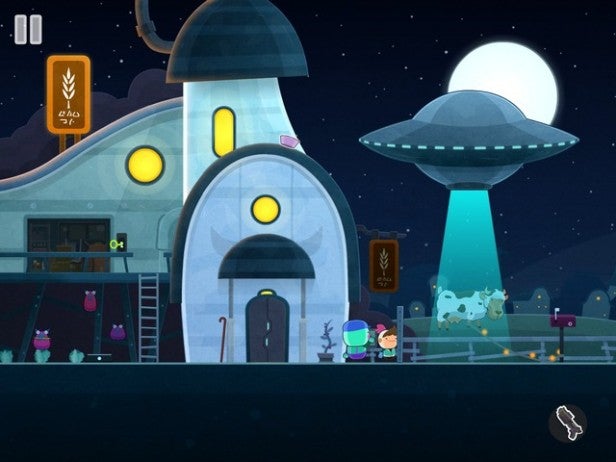 This is the trade off Love You to Bits makes. Other point-and-clicks would indicate just what you need to do and why with a simple line in the script, whereas Love You to Bits relies on the design of the levels themselves indicating what your next task should be. It’s a leap of faith that doesn’t wholly come off, though thankfully Love You to Bits’ bold take on the genre has enough charm to pull you through its patchier parts.