Magic – it’s a quality in short supply in a lot of the games we’ve seen so far this year. We’re not talking technical innovation or bullet point features for the back of the box. We’re not talking hype, nostalgia, eye candy or any of the other qualities that are often pushed on us as the key ingredient of a great game. Instead, we’re talking about those rare moments where ingenuity, technical skill, art, wonder and passion combine to make something that just hits you in the face and makes you think – this is amazing. Super Mario Galaxy had it. Bioshock had it. In its own weird way, GTA IV had it. And now, a little title that seems to have come from nowhere has it. LostWinds isn’t quite a masterpiece, but if you want magic, it’s your game. 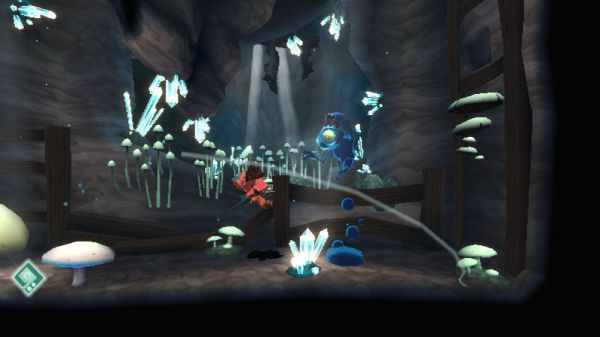 Frankly, if you have a Wii and a wireless Internet connection, there’s really no excuse not to try it; like Final Fantasy Crystal Chronicles: My Life as a King, it’s one of the launch titles from Nintendo’s new WiiWare download range, and it’s available for a measly ￡7.


As it’s developed by the UK’s own Frontier Developments, you can even call the purchase patriotic. Don’t let the low price fool you, either. The funny thing is that, while a cheap and relatively tiny download, LostWinds is actually more visually impressive and polished than an awful lot of full-priced Wii games I can mention.


For a British title, LostWinds looks surprisingly Japanese. With its stylised cel-shaded characters and scenery, it reminds me a bit of Legend of Zelda: The Wind Waker, yet at the same time the luminous lighting is a little Ico while the verdant landscapes, rippling streams and cherry blossom are clearly inspired by Okami. You couldn’t call LostWinds magnificent in the God of War or Bioshock sense, but it’s certainly very pretty. 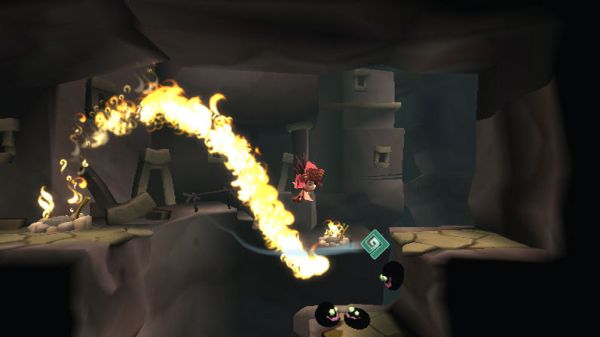 The character design and animation is more the sort of thing you’d expect from Nintendo or Capcom than a British developer, and the gentle, oriental music fits the game’s chilled-out mood perfectly. It’s a look that kids will love, but adults can enjoy without feeling nauseated – all in all, very nice work.

It’s the gameplay that really makes LostWinds, however. The plot isn’t exactly fresh – a tale of boy meets wind spirit just in time to tackle recently awakened demon – but the mechanics are ingenious. You control the hero, Toku, on a 2D plane using the analogue pad on the Nunchuk. He’ll go left and right and handle smaller climbs or jumps himself, but for anything larger he’ll need your help. Here’s where the remote comes in. 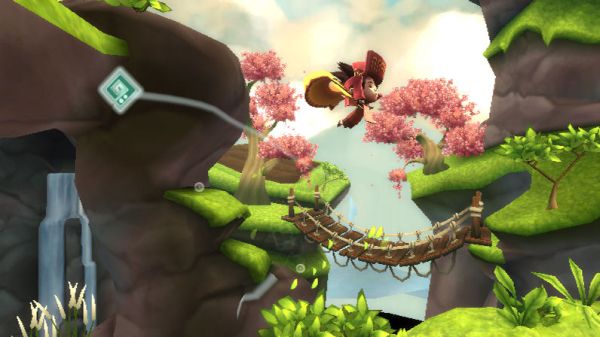 By aiming the cursor, pressing the A button and drawing a line on the screen you can summon gusts that propel Toku in any direction. Up to a point, you can chain these gusts together to keep him moving in the right direction. What’s more, these gusts also affect objects in the environment, sometimes just as a background effect, sometimes with a purpose, as when you blow a flame into a briar barrier or water over a sprouting seed. This is a puzzle platformer, then, but a puzzle platformer with a difference.


You see, the gusts are just for starters. By the end of the game you’ll be able to draw currents that can carry Toku in their path or stream fire or water from place to place. You’ll be able to pick up rocks and other objects, hold them in place then propel them at high speeds. It’s all brilliantly done, and as the game throws in more and more complex combinations of ledges, chambers, gates, barriers, switches, seeds, rocks and weird humming balls, the puzzles that prevent you getting from A to B grow more and more intricate. 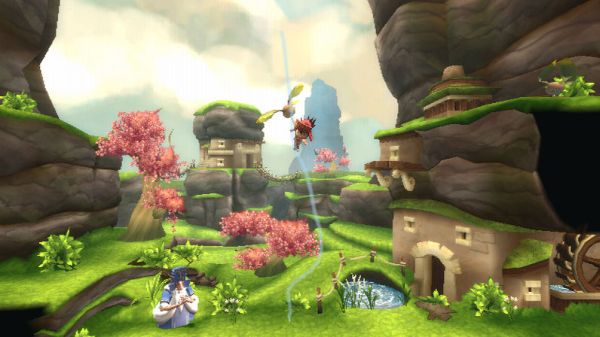 In terms of both puzzles and platforming, LostWinds hits an almost perfect balance between getting tricky enough to keep you engaged, but not so difficult that you should have to consult an FAQ. And the more you play, the more you’ll feel a sense of wonder that someone out there outside of Nintendo is able to come up with this sort of stuff and make it work.

As always, there are a few grumbles to be had. A couple of the puzzles may have you scratching your head until you realise the solution isn’t particularly sensible (who would have thought that fruit could be so tough?) Save points are generously scattered, but there was maybe one occasion where I wished Frontier had put one halfway through a tricky section, not right at the end.


LostWinds is not a combat-heavy game, but a few of the enemy creatures are annoyingly tricky to dispatch, and the end-of-game boss battle feels a little conventional after all the good stuff that has come before. All pretty minor stuff, and not something that will seriously affect your enjoyment. 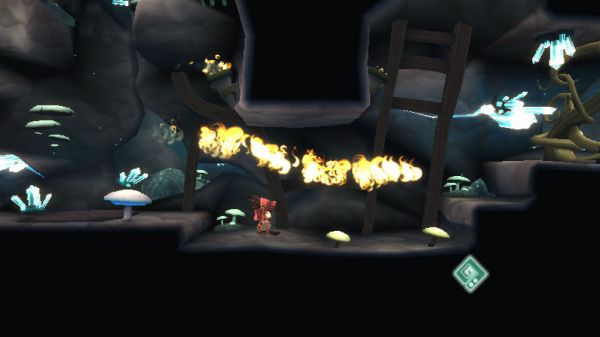 In fact, the only other reason I’m not giving this a 9 or 10 is that it is a short game and it does feel a little small scale. The one continuous play area is fairly small when you look at it, and while it does take in forests, waterfalls, caves, mines and villages both populated and abandoned, there’s a little less variety than you’d get in a full-priced platform game.


What’s more, you’ll probably crack it within four or five hours. Set against this, it is a very cheap game and clearly intended as the first episode in a longer saga. Plus, it’s a refreshing change not to have to go through the usual ice level, fire level, desert level stuff – you just get one world, and it’s a beautiful and consistent one the whole way through. 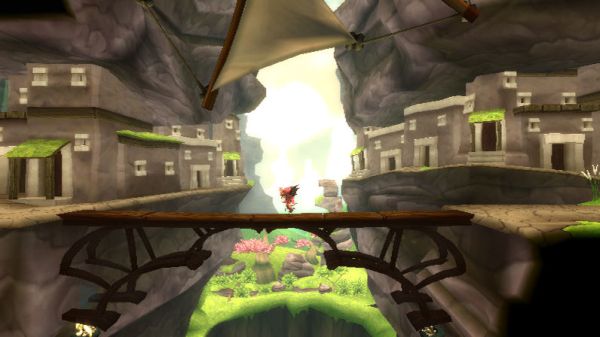 To my mind, this isn’t just the best game on WiiWare – it’s one of the best games on the Wii, and one of a handful of games I’ve played this year that I’ll still have fond memories of when I reach December. If Frontier can maintain this quality and find new ideas for the next instalment, we could be in for something truly special. For now, I’ll just be thankful that there is still this much magic in the gaming world, and that someone has managed to turn it into code.


While clearly influenced by the likes of Zelda, Ico and Okami, LostWinds is one of the most quirky and ingenious games we’ve seen in ages. The fact that it’s a £7 download only makes it more miraculous.