It’s the fear. It’s always the fear. Any game that nervously steps into the horror arena has to make the most of the fear. Rarely in any of these games are the moments gamers remember the periods where they’re actually taking on the enemy at hand: what sticks with them is the waiting, the shaking, the knowledge that at some point, likely soon, they’ll be caught by whatever is chasing them down.

Lost Within does fear very well. Floorboards creak, children laugh and, just when you’re calming yourself down, a rusty old wheelchair will lurch forward to break the silence and set your nerves jangling again. Very early on during your extended stay in the halls of Wetherby Asylum, you’re taught how to hide in lockers; double tapping on the door both opens them and automatically shoves you inside, leaving you peeking through the grill in true Metal Gear Solid style. This quickly becomes Lost Within’s signature – even when the world around you appears to be all clear, whenever you enter a new room you’ll instantly scan around for a locker to jump into should the worst happen. Once again, it’s the fear keeping you on your toes, rather than the reality. 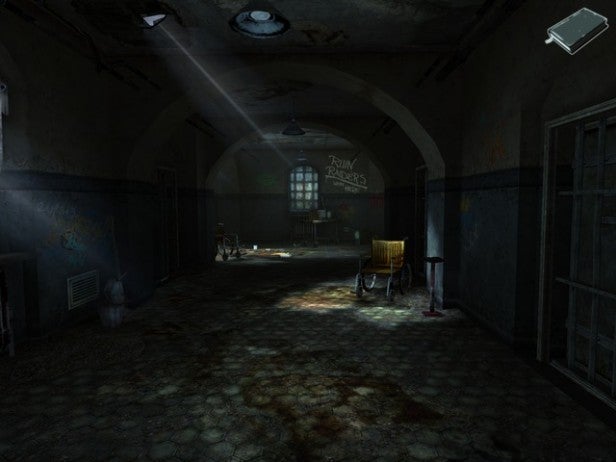 That’s just as well, because the reality falls a touch short of its big billing. Playing the role of Deputy Pearson – an officer tasked with clearing the halls of the asylum in the final hours before it’s demolished – Lost Within plays out in first person view, with your only method of control being to tap anywhere on the screen to cause you to head (somewhat tentatively) in that direction. There are objects to pick up and a thankfully not-overly-fussy crafting system to manage, helping you stay alive as your exploits in the asylum begin to take their toll.

Indeed, it soon becomes clear, however, that you’re by no means alone. Experiments on humans when Wetherby was at its height are drip fed to you first by diary entries and internal memos left scattered around its bedraggled floors, before, in striking style, you start suffering full-on flash blacks, taking you back to the asylum in the midst of some kind of outbreak. 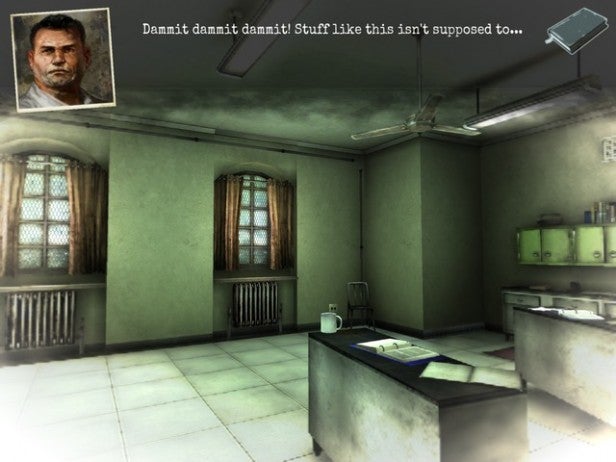 It’s a trick that has quite an effect. Suddenly the dark and damp hallways and cells are brought to life, with strip lighting and a body of men in white coats completely transforming the atmosphere. Wetherby Asylum was not a happy place, it seems, and the zombie-like patients that now roam its halls are the scars left from a wound it suffered many years ago.

It’s just a shame about those zombies, really. They shuffle, they breathe a little heavily and, when they spot you, they charge towards you, cause your screen to flash red and…that’s about it. As I say, the fear trumps the reality and, as a result, Lost Within almost feels like it’s been designed to keep your foe at arms length. You see them crossing a corridor ahead and then, almost as if by magic, the game guides you towards a door on your right, simultaneously steering you out of trouble whilst also reminding you of the peril that could be awaiting you up ahead. The constant prods from the game that you “can’t go back” every time you progress from one chapter of play to the next is a neat little trick: every step you take feels like it could be your last, even though it most probably isn’t. 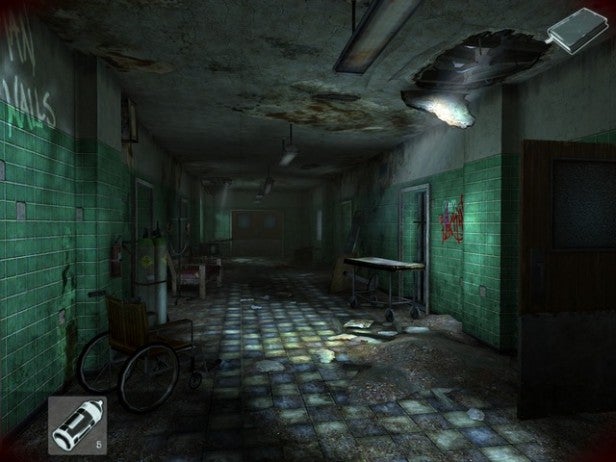 Keeping interaction with the enemy is probably a wise decision. Though actually encountering said spectres – patients now at the mercy of a contraption strapped to their back that appears to enter every natural orifice they have to offer – is consistently disappointing, the world they exist in is anything but. The story behind what happened at Wetherby Asylum is genuinely enthralling – the snippets of information on its past are layered throughout gameplay and bring a sense of scale to Lost Within so often missing from even the best mobile releases. It’s part BioShock, part The Last of Us, part A Clockwork Orange.

It’s a testament to Amazon that it’s managed to piece together an environment that feels as dark as it is deep, with a control system that allows you to explore it fully without overloading you with a complicated console-esque set up. 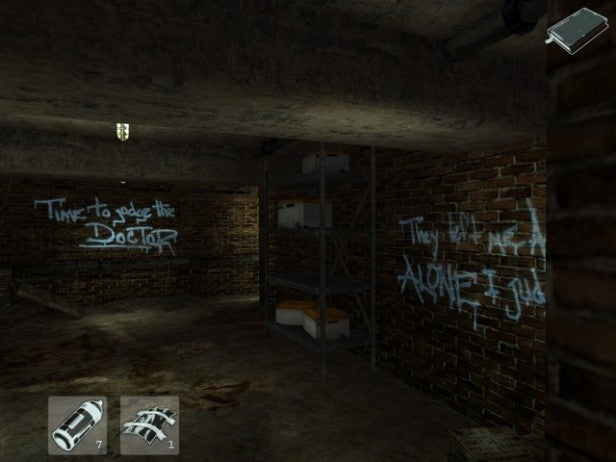 Lost Within is very much a game for the modern smartphone era and its sense of ambition has infused it with a level of quality that sets it apart from the pack. It remains a little disappointing, however, that an equally ambitious vision couldn’t have bled right through to the implementation of the game’s somewhat stagnant and toothless adversaries, which feel more like a tool to aid the story rather than the centre of it.

Verdict
Lost Within is a genuinely expansive adventure that wouldn’t feel out of place on console, with simple controls and the kind of engaging story that’s alien to many mobile developers. It’s an absolute mobile masterpiece…if you only ignore the tame nature of its somewhat toothless enemies, that is.