If there’s one thing you can count on mobile to do, it’s change. Turn your back on iOS or Android for a few months, and suddenly everything you thought you knew about games on both platform has been thrown out of the window…well, everything bar Candy Crush and Clash of Clans sitting at the top of the charts, that is.

Nevertheless, there are definite trends that come and go on mobile – one year’s Flight Control is another year’s Angry Birds, another year’s Cut the Rope, another year’s Monument Valley. It all means that, very occasionally you stumble across a game that doesn’t appear to have kept pace with the rate of change and, despite some nice moments, feels utterly out of its time. If forced to sum up Lost Journey in one sentence, that would likely be it, despite Soulgame’s insistence that the game is worthy of accolades aplenty. 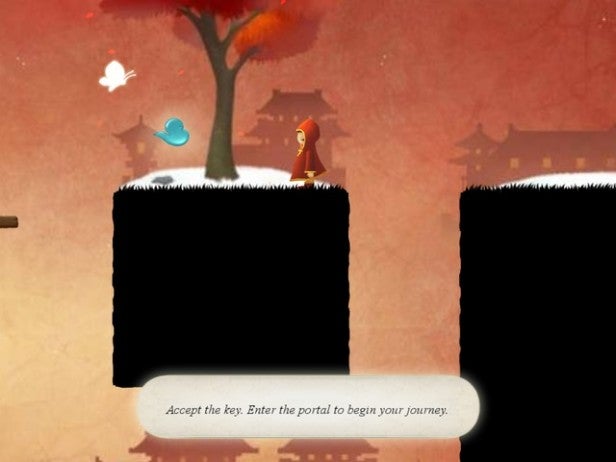 Indeed, it’s worth pointing out that Lost Journey isn’t actually the game’s full name, it’s Lost Journey – Nomination of Best China IndiePlay Game, which is more of a mouthful than we’re willing to tolerate here at TrustedReviews. The important information isn’t what the game is called, of course, but rather how it plays, and Lost Journey is part puzzler, part platformer, with play charging you with reaching the exit within a series of especially small stages.

Aside from being able to walk left and right and jump small heights – the game’s protagonist taking the form of a small girl wearing a hooded red coat – what play is (quite literally) anchored around the ability to turn the game’s 2D world upside down. When Lost Journey allows, you can turn the stage round by a full 180 degrees, and in doing so you also change the properties of the world around you, with the process of flipping the stage turning thin air into solids and causing other objects to disappear entirely. 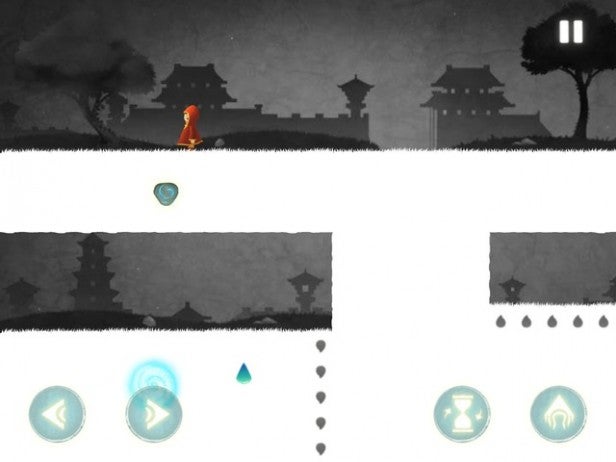 It’s getting to grips with just how Lost Journey’s levels change when you turn the world over that is the key to success. While much of Lost Journey revolves around jumping between platforms and picking up power ups in a fashion akin to any platformer from the 1980s onwards, flipping the stage is designed to help you reach areas that in standard mode seem out of reach. There’s no great strategy behind it; if you can’t reach a platform by jumping to it or pushing crates around, chances are Lost Journey wants you to turn the world round and make progress that way.

And that is basically all there is to it. Though Lost Journey is beautifully presented and comes with a soundtrack that’s as delicate as its visuals, the gameplay behind it centres on the kind of simple platform based puzzles that any iPhone gamer worth his or her salt will have mastered years ago. There’s very little that’s new or refreshing here, despite the ability to shift your perspective, and the short and sharp nature of the levels means that, though seemingly perfectly designed for the mobile era, there’s very little to get your teeth into. 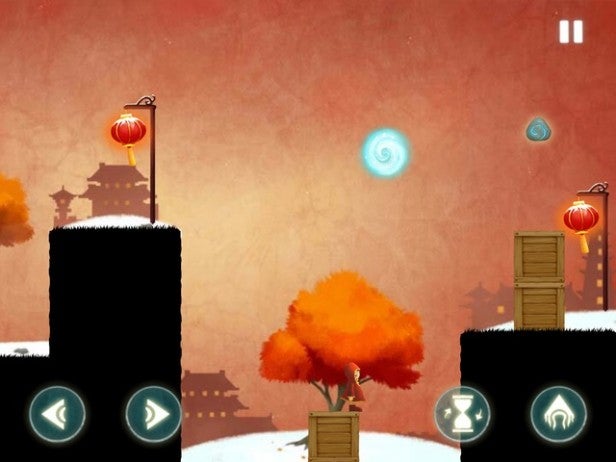 It’s all a little tame, and though the slick and sleek nature of its delivery suggests that there’s more to come from Soulgame in the years ahead, right now the studio trails most of its App Store rivals simply because it’s served up an adventure that would have felt current or even cutting edge back in 2012, but four years on doesn’t feel like it’s making the most of the device it’s sat on.

As such, Lost Journey is likely to split gamers right down the middle; newcomers to puzzle focused platforming might find Soulgame’s latest a charming, if pedestrian, introduction to the genre, but anyone who has spent any amount of time playing games on their iPhone since the App Store launched in 2008 is likely to be left cold. Ironically, this is one game that could have done with being flipped on its head during development to make things a little more interesting when it came to release.

Verdict
Though charming to look at and intentionally delicate to play, Lost Journey’s puzzle-based platforming feels somewhat out of place in 2016. Developer Soulgame has attempted to spruce up play by basing it around a flip based mechanic, but even with that in place, Lost Journey is far too tame to really make its mark on the App Store.