Available on Xbox 360, PS3 and PC (Xbox and PS3 versions tested)
Can you remember the last decent Olympics game? Us neither. Sure, we’ve had some entertaining Wii efforts from Sonic and Mario, but you’d probably have to stretch back to the eighties – to Daley Thomson’s Decathlon, Track and Field and Epyx’s Summer Games  – before you’d find anything you might remember with any fondness. Now, however, the overall buzz surrounding the Olympics has bought this year’s official tie-in, which we ungraciously failed to cover when it arrived a month ago, back into the charts. Is this an Olympics game to remember, or another one to forget? 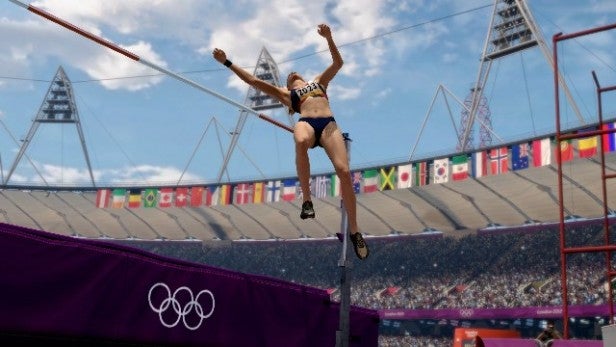 Well, the good news is that London 2012 is the best Olympics or Athletics game in years. There are signs of real thought and attention to detail, along with a comprehensive single-player mode, a semi-convincing commentary and graphics that actually look pretty good. It’s still not that brilliant a game, but compared to such toe-curling efforts as the Beijing official game or Summer Challenge, it’s pretty good. 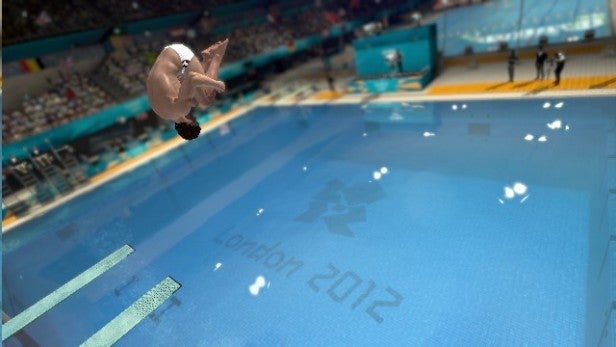 It helps, of course, that it uses the official venues, which don’t look a million miles away from what we’re getting used to on the telly. While the game uses fictional athletes rather than Usain Bolt, Tom Daley, Michael Phelps at al – understandable given the size of the fees that would be involved – it still has a little of the real Olympic atmosphere, and is best played when you’re fresh from and feeling enthusiastic about the real deal. 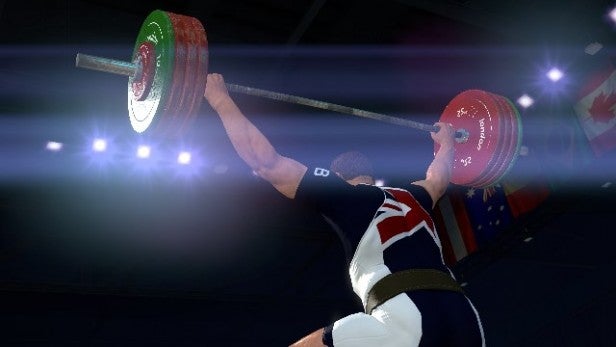 Gold Medal Graphics?
Visually, it’s still no Crysis 2 or Uncharted 3, but when most athletics games look like they were made in 2004, it’s a refreshing change to play one that looks like it might have been made in this decade. The stadiums are reasonably detailed, the spectators quite convincing, the lighting looks natural and the athletes themselves are believably modelled and animated. Even the lighting holds up, resulting in a game that – if you squint a bit – isn’t a million miles away from what you’re seeing daily on your HDTV. 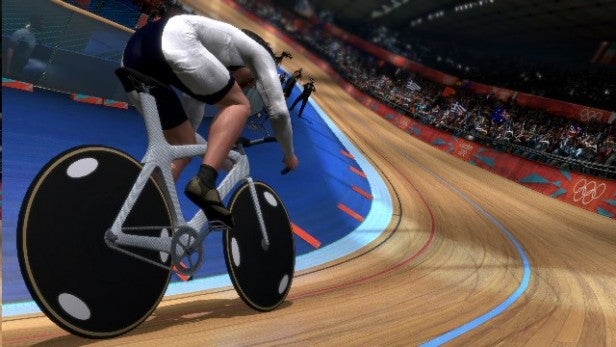 Yet the game’s best feature is its structure. In the single-player mode you choose a country then work through a sort of semi-simulation of the tournament. Each day you choose two events from a shortlist culled from the game’s 40-odd strong selection, then play through any qualifiers and finals in the hope of earning medals for your country’s tally. Some of the events you’ll like and some you won’t, but none will bother you for very long, and the inclusion of online leaderboards and an online national medal tally helps make the action that bit more gripping.

What’s more, there isn’t the same emphasis on the fist-pumping or button-mashing control schemes that we usually associate with Olympic efforts. Instead, the controls for swimming or the sprints focus on rhythm, timing and not going all-out too soon, with gentler pushes of the analogue sticks and split-second button taps. This doesn’t necessarily make London 2012 any closer to a real simulation, but it makes it a game you can play for an hour or two without collapsing in a heavy-breathing ball of sweaty clothes. 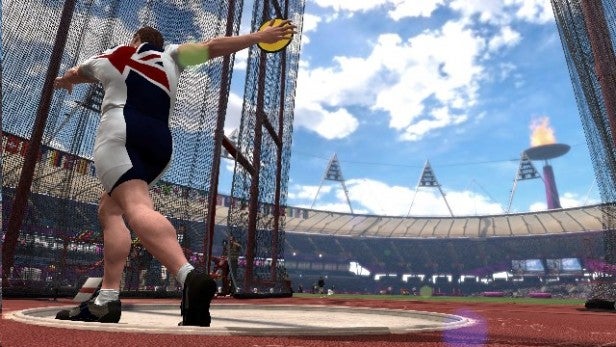 As with any game of this type, it’s not all good. We loved the target shooting, archery, table-tennis, cycling, weight-lifting and swimming, where the controls and game design all come together. But the hammer and javelin events, or the long jump and high-jump? Thanks to tricky, unintuitive controls, erm, not so much. Luckily, once you’ve notched up a couple of full campaigns, you can always set up playlists featuring just the events you like. You can also do this for the multiplayer modes, and while Sonic and Mario’s Olympic effort has the edge on family fun, the best events still work well with two to four players. 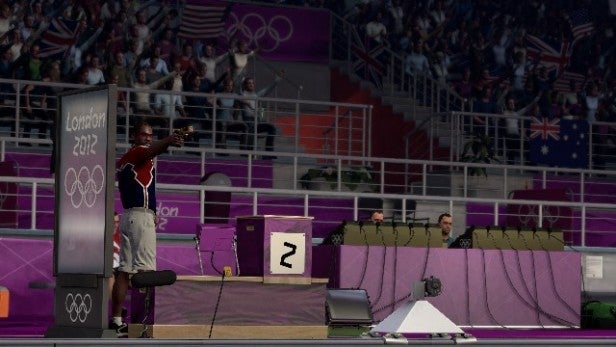 Motion Controls
The promised Kinect and Move features aren’t quite so impressive. Only a subset of events are playable in a Party Play mode, and while Move (which we’ve spent the most time testing) makes the archery and pistol shooting events that bit more enjoyable, it also makes some events – particularly Kayaking – all but unplayable. If you want Move sports, then Sports Champions remains your first and best port of call, and the same goes for Kinect Sports 1 and 2 on Kinect. Heck, we’d rather go back to Mario and Sonic, if the truth be told.

Verdict
The official game of London 2012 is no masterpiece, but it’s better than you might expect. The graphics don’t look horrendously dated and the nicely structured single-player mode is reasonably compelling. The motion controls are limited to a few events and often disappointing, but there’s enough entertainment here to keep you playing while the games run their course.