What is the Lomo’Instant?

Lomography’s Lomo’Instant is the most advanced instant camera yet, and the result of a crowdfunded Kickstarter campaign.

With
the rise of the selfie and concerns over cloud storage of digital
snaps, Polaroid-esque instant cameras have made something of a comeback.
This model from analogue camera expert Lomography is the latest version
to hit the shops, but what sets it apart from the others?

The
Lomo’Instant offers far more control than you get with any other instant
camera, including a selection of removable lenses, different shooting
modes, aperture control and the ability to take multiple exposures.

The first models went out to Kickstarter backers in October, and the Lomo’Instant is now available to everyone. 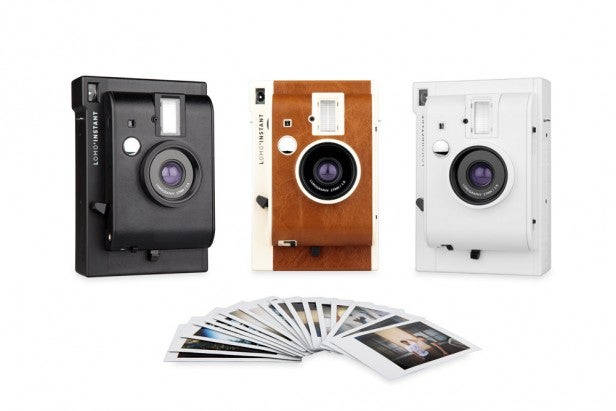 The
Lomo’Instant sports a pleasingly retro design, although the box-like
design means that it’s rather bulky. With the exception of the
incredibly cool Fujifilm Instax Mini 90, instant cameras in recent years
have tended to feature slightly ugly, uninspiring designs, but the
Lomo’Instant is cool and blocky.

The camera sports a similar
faux-leather covering to the Lomography Lomokino and Belair models, and
is available in black or white. There’s also a model that’s covered real
brown leather with a slightly higher price tag of £109. We like the
white version best, as its shows off the minimalist design more, but the
finish is rather prone to picking up marks and scuffs, and there’s no
protective case available to keep it in.

The only accessory that
is available – aside from the optional lenses which we’ll look at in
more detail later – is a shoulder strap (£8.90), which is good news as
it makes the hefty camera slightly less cumbersome.

As with most Lomography cameras, physical controls are kept to a minimum, but these all feel well placed and intuitive. 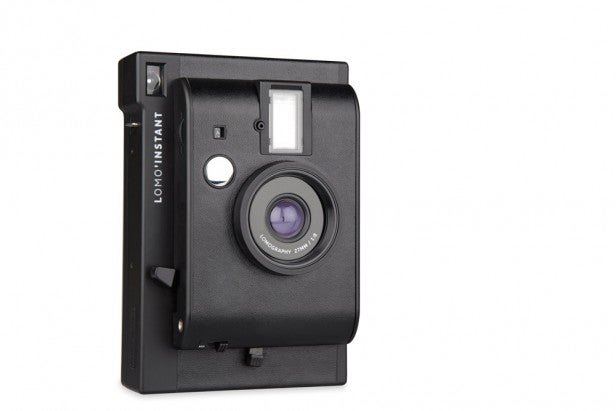 The
key control that you’ll need to get to grips with is the mode switch,
which enables you to choose between having the flash on, off or on auto,
where a sensor will automatically set the flash to the most suitable
level based on the ambient light.

If you want to keep things
simple, you can just set it to auto each time, but it’s worth
experimenting a little – after all, the whole point of this camera is
that it offers you the flexibility to do just that. There’s even a handy
chart on the underside of the camera that tells you which settings to
use for which shooting conditions. The chart is cleverly moulded into
the plastic casing, so it doesn’t mess with the camera’s design. 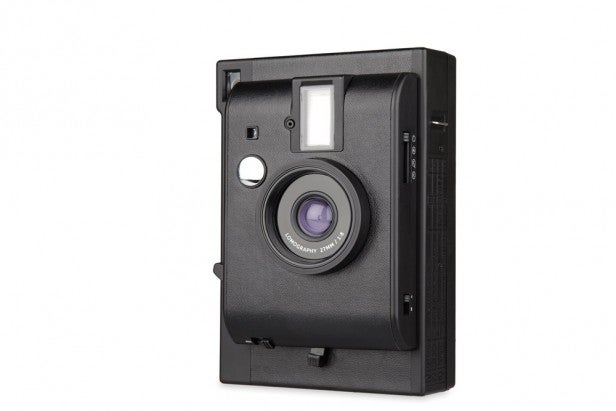 The
next major control is the shutter release lever, which is smooth and
offers just the right amount of tension not to jog the camera when
you’re taking a shot. A simple, sliding focus switch lets you choose
from two options – 1m and below for close-ups and 1m to infinity for
everything else. Setting the focus to close-up makes the front portion
of the camera body protrude slightly, leaving it slightly vulnerable, so
make sure you switch the focus back to infinity before plonking the
camera back in your bag.

A ‘B’ (for bulb) switch means that you can snap long-exposure shots – ideal for light streaks at night.

An
MX control lets you take multiple exposures – just flip the switch
before taking a snap and you can take unlimited pictures on the same
frame before the picture pops out. While you can take as many multiple
exposures as you like on one frame, you’ll get the best results from
just two or three.

The exposure-compensation dial can be used to
adjust the aperture from -2 (f/32) up to 2 (f/8) – the largest aperture
range currently available on an instant camera, which means that you’re
more likely to get the right amount of light into your shots.

The
settings need a bit of trial and error to get right, but you’ll soon be
glad of the control offered when you see how opening up that aperture
makes a big difference in dark shooting conditions.

Perhaps the
most basic, yet effective, feature of all is the tiny round mirror on
the front of the camera, which is great for lining up selfies. For
conventional shots, there’s a straight-through optical viewfinder, but
it’s rather on the small side. 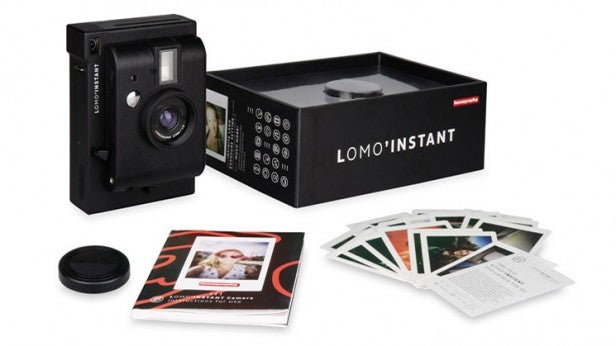 The
camera uses the Fujifilm Instax Mini instant film, which is readily
available, albeit rather pricey – especially as you only get 10 shots
per film. Hunting out bulk buys on eBay is a good way to go.

Loading
up the film is as easy as on any Instax-toting cam – you simply tear
open the foil wrapper, plonk the cartridge in, making sure that the
yellow stripe matches up, and take a picture to eject the cover sheet.

Further
adding to the flexibility offered by the camera, the box contains a set
of colour gels that can be placed over the built-in flash. As with any
colour gels, the lighter colours tend to give better results, as they
give a subtle filter effect rather than an overbearing hue. 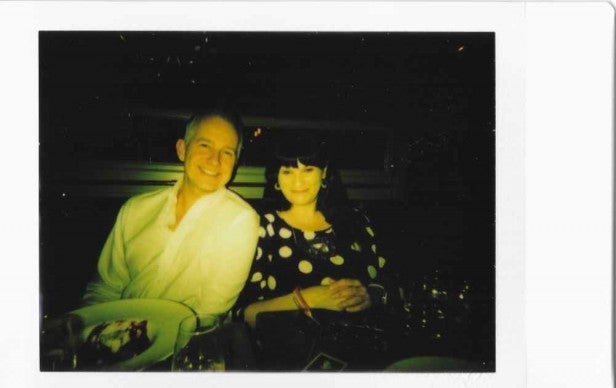 The
camera’s fixed 27mm equivalent wide angle lens is really rather good –
it works well on portraits and selfies and also means that you can pack a
fair bit into long shots, too.

A bundle pack with three
additional lenses will set you back an extra £30, though the lenses
can’t currently be bought separately – so you need to decide at the
start whether you want the camera with or without the extra optics. 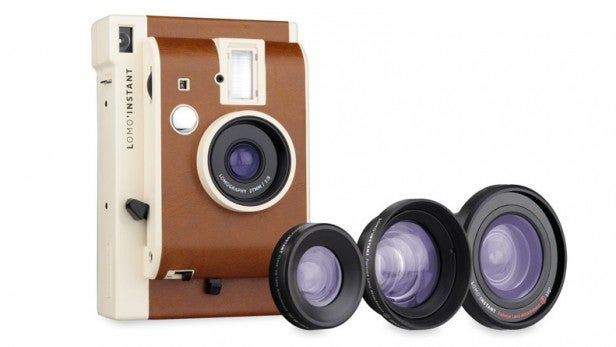 The
portrait lens is the best of the three and works well on mid-range
photos of people, while the fisheye is probably the lens that you need
the least – it’s good for some novelty shots but unlikely to be your
‘go-to’ lens, plus it needs plenty of light to get good results.

The
close-up lens attachment is a bit trickier to get good results from –
largely because you can’t use the viewfinder to focus on anything that
close, so you’re shooting blind. It’s also best to steer clear of the
flash on close-ups, with bright daylight giving the best results.

Naturally,
all images are slightly on the soft side, but getting the right
combination of lens and aperture gets picture as sharp as is possible. 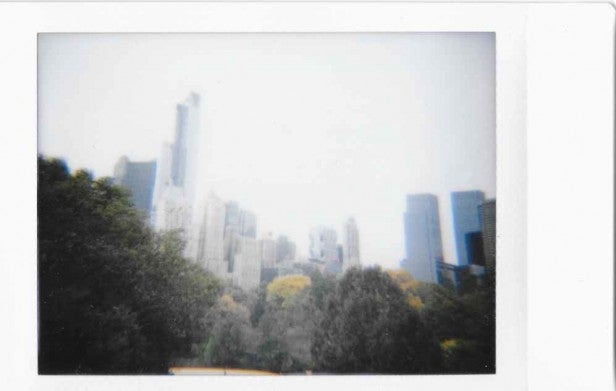 The
camera is powered by four AAA batteries, so swapping in new cells is
easy and you don’t have to remember to take a charging cable around with
you.

Should I buy the Lomo’Instant?

Overall we like the
Lomo’Instant a lot, despite its flaws. The design is cool, but for
something so bulky, it feels a little flimsy and the faux-leather finish
is slightly prone to marking. The amount of manual control is good but
not too overwhelming, even for photography newbies.

We love
what’s been accomplished in terms of an instant camera, but we’re hoping
for a second-gen model with a few refinements, including a more robust
build and a more resilient finish.

We also like that the camera uses easy-to-find Instax film, but the costs do rack up as you rattle through those shots.

If
you fancy diving into instant photography, the Lomo’Instant offers
great control and is capable of great results – especially if you splash
the extra 30 quid to get the additional lenses. If you just want to dip
a toe, some Fujifilm models offer better value.