Headphones are the most effective way to isolate yourself from the stresses of the outside world. They block out the sound of crying babies and roadworks, replace it with lovely music and let strangers know you’re really not up for a chat. The Logitech Ultimate Ears UE 4000 are headphones designed precisely for this sort of scene. They’re out-and-about on-ear headphones, and a much cheaper £80 alternative to the Monster Beats Solo HD.

These headphones are clear about their purpose. They’re not really for at-home use, they’re not for DJs and they make absolutely sure they’re cheaper than the similar-sized Beats model.

The result is a distinctive pair of non-folding on-ear headphones that come in three eye-catching shades. The black and white models are the least offensive of the bunch, with just the blue cable and pad inner to supply a bit of visual flavour. 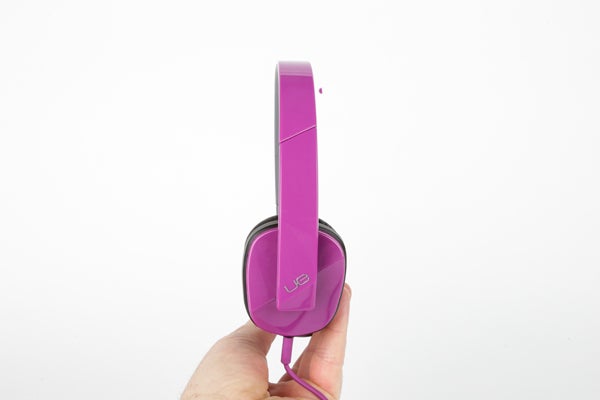 Logitech kindly loaned us the bold purple pair, sure to entice and repel in equal measure. Ok, they’ll mostly repel.

The Logitech Ultimate Ears UE 4000 are plastic headphones with synthetic leather ear pads. There’s nothing too luxurious about their construction, but Logitech has paid some particular attention to how they’ll be used. 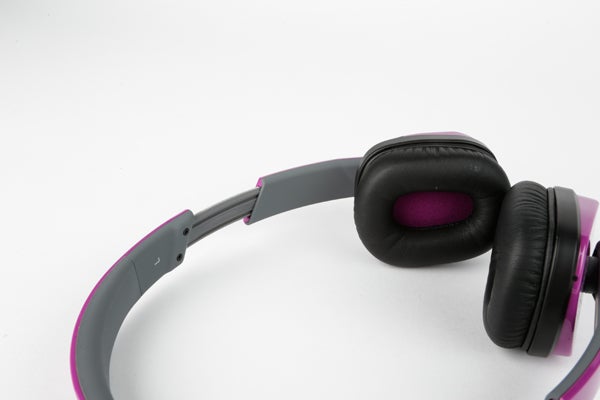 The headband is made of squidgy rubber material rather than fabric-topped foam, and this increases friction to keep them on your head while you’re jogging. Or bouncing around to Bieber.

To further increase their grip on your bonce, the headband has a secure grip, which reduces comfort a little. The comfy leatherette-topped earpads are quite firm too. The Logitech Ultimate Ears UE 4000 are not headphones that disappear on your head. 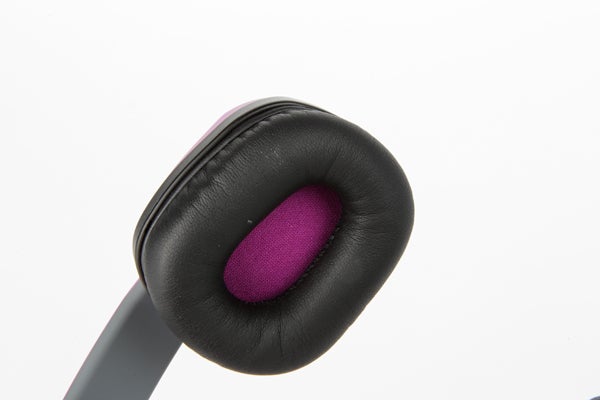 Mid-level comfort and the non-folding design ensures these are neither perfectly-suited to use at home or for those who’ll have to stash them in a bag often. They’re for ordinary folk who want to listen to music on the way to work – and there’s nothing wrong with that.

Alongside the headphones, Logitech supplies a fabric carry pouch with zip, upping the portable cred a bit. You also get a headphone splitter, letting young tykes share their tunes with a friend on the bus. 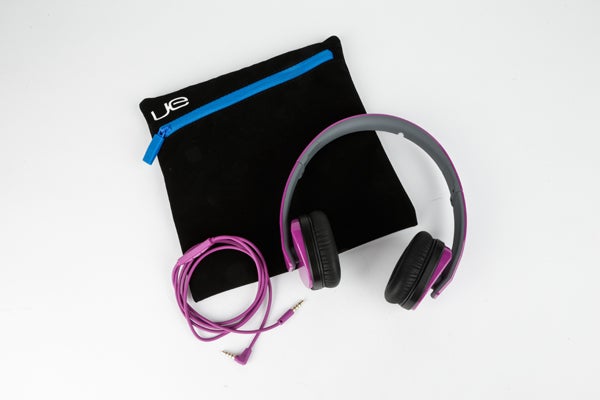 The Ultimate Ears UE 4000 headphones use a removable cable that plugs into a standard-size 3.5mm socket in the left earcup. This lets you replace a damaged cable easily. 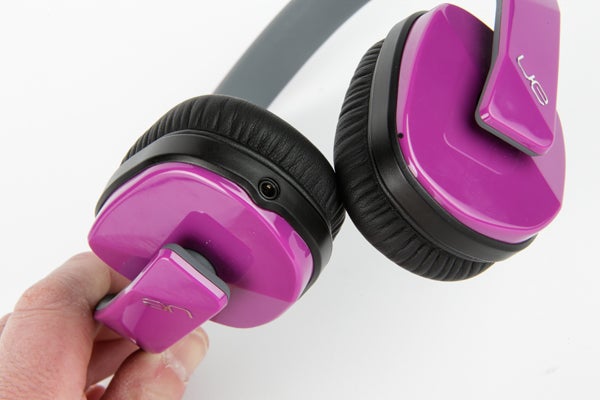 The supplied cable is colour-matched to the headphones and has a handsfree housing 10cm from the earcup end. It’s a three-button remote with a mic on the back, and is designed for use with Apple devices. Those with Android phones won’t be able to control their music using the remote. 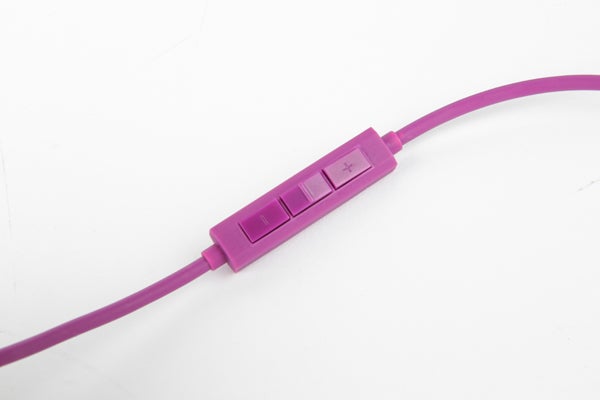 You may be getting the idea by now – the Logitech Ultimate Ears EU 4000 are more about fun, and would prefer to engage a young-ish audience than a hugely discerning one. This comes through in the sound. 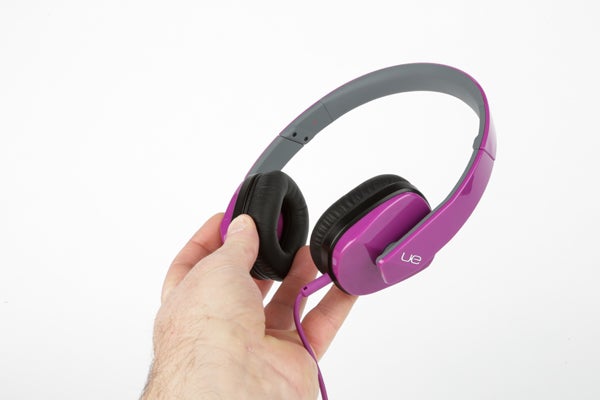 These are bassy, warm-sounding headphones that provide a pleasant, easy-going listen. However, their sound isn’t as articulate or detailed as we’d expect at the price. At £80 they’re much cheaper than the Monster Beats Solo HD, but that’s hardly pocket change.

Over-emphasis of mid-bass results in a congested mid-range that severely limits separation. Match this with pronounced treble roll-off and you’re left with headphones that can often sound confused and closed-in.

In less abstracted terms, vocals that should take centre stage are often left fighting for presence with bass instruments, as too much of the work is done by the ill-judged mid-bass. To tone things down further, arrangements often end up sounding squished together.

These are not awful-sounding headphones, but for £80 we expect a more articulate, preferably wider, sound. 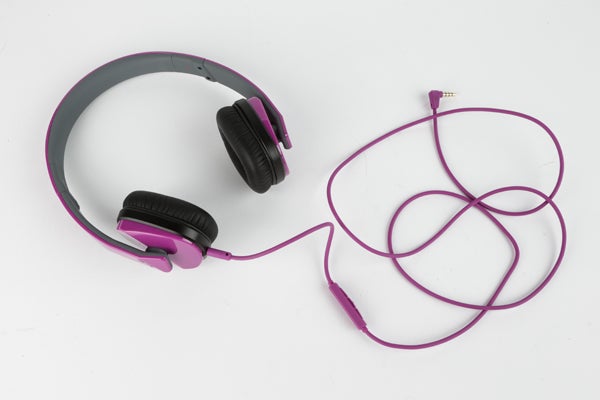 If on-ear headphones are what you’re after, we’d recommend checking out the AKG K451 or Sony MDR-V55 before splashing out on the UE 4000. Both are available for less cash at present and offer better sound quality, if less stylish looks.

The Logitech Ultimate Ears UE 4000 mark the Ultimate Ears brand’s descent into the world of style headphones. They look the part and offer reasonable comfort for a secure pair that you can take out on a jog. However, the sound is a little too congested for a pair of headphones at the price.