There’s something immensely satisfying about using a piece of consumer electronics that seems to get just about everything right. Satisfying but not surprising, because the Logitech Squeezebox Touch is a media streamer of impeccable pedigree, harking back to 2006’s Slim Devices Squeezebox. In fact the Squeezebox Touch is something of a throwback to the original Squeezebox, albeit with a few modern touches (if you’ll forgive the pun), eschewing the built-in speakers of the Squeezebox Boom or the clever two-part remote/receiver system employed by the Squeezebox Duet in favour of the simple modus operandi of receiving media from a network source and delivering it to a Hi-Fi. 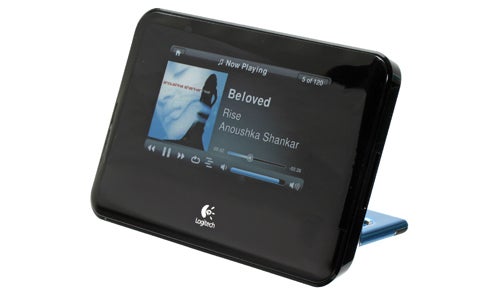 The front of the Squeezebox Touch is dominated by a 4.3in capacitive, touch-sensitive screen, set back at about a 35 degree angle (as is the whole thing, actually). The resolution of 480 x 272 pixels is hardly ground breaking, but it is bright, vibrant and only has to display text and album artwork anyway so that’s not an issue.


The Squeezebox Touch’s build quality is excellent. Okay, so the screen’s glossy black plastic surround would look better in brushed metal, but it’s far from unattractive. Besides, the bottom section at the front is metal adding a tasteful elegance to the overall aesthetic, and the stand is metal too. This all helps make the Squeezebox Touch feel more like £235-worth of consumer electronics than if it were all plastic.


The downside of the glossy finish is that fingerprints are all too easily picked up. Logitech does bundle a cleaning cloth, but that’s quite likely to be discarded along with the Touch’s manual, dooming the display to remain smudge central. Owners of curious pets and parents of small children beware. 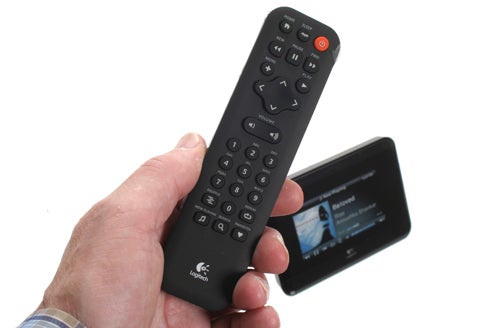 The touch-screen interface is much better than initially expected. No doubt thanks to the use of a capacitive display, presses and swipes are registered perfectly – even the on-screen keyboard works well. The menu system remains responsive at all times, even when playing audio in the background – a feat some earlier Squeezeboxes couldn’t quite muster – and there are a number of gesture-based shortcuts (swiping, press-and-hold et cetera) that can be user-customised, adding even more versatility.


Obviously there will be times when getting up and walking over to the Squeezebox Touch to fiddle with it would be an annoying inconvenience. Thus Logitech has bundled a remote control with the Touch. This is again well designed, right down to details like the notch at the rear, which pulls in your index finger and by extension places the main buttons right under your thumb – genius!


What’s more, pressing any button on the remote puts the Touch’s interface into a ‘large text’ mode, which makes it much easier to use from a distance. You can disable this if you don’t like it, but it proved a definite help during our usage.

The Squeezebox Touch isn’t limited to playing back only files you have to hand. There are a number of plug-in apps available, which add more functions and broaden the range of audio sources available to the Touch. Some of these give access to internet radio stations and catch-up services, one lets you play sound effects (wow!) and one lets you interact with Facebook (yawn).


The killer apps, though, are the multiple streaming-music services. The US gets Pandora and Rhapsody, but we in the UK aren’t so fortunate. Nonetheless, heavy hitters including Napster and Last.fm are on-board, along with the relatively unknown, though popular on the continent, Deezer. All that’s missing is Spotify. 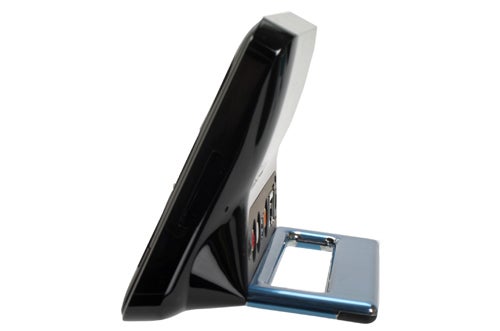 What’s particularly cool is that these apps can be installed and configured either on the Touch itself, or via Logitech’s MySqueezebox web interface. This site even has a Remote Control, which will work with multiple Squeezeboxes, if you have them, and functions just fine on mobile browsers – or at least the iPod touch’s.


Importantly the Squeezebox Touch isn’t all talk and no trousers. A fancy pants touch-screen interface and clever apps are all well and good, but what really matters is the hardware and here the Touch excels.

With streaming audio being the Touch’s raison d’etre, it’s no surprise to find both built-in Wi-Fi and an Ethernet port. The 3.5mm headphone jack is less expected, but it does make it easier to connect the Touch to a speaker system unable to accept any of its higher-quality outputs, namely a phono output alongside both coaxial and optical digital outputs. The latter will be gratefully acknowledged by buyers who have invested in high-end decoding equipment, as they bypass the Touch’s own AKM4420 DAC.


The Squeezebox Touch also sports a USB port at its rear and an SD card slot to its right-hand edge. From these the Touch can read audio files and photos, the latter turning it into a compact digital photo frame when not being used to stream music – an arguable improvement on its default regression to a very expensive clock.

The only real problem with the Squeezebox Touch is that it can’t just pull music from a DLNA or uPnP source. Instead it has to interface with server software. Ostensibly this means running Logitech’s own Squeezebox Server on Windows, MacOS or Linux but actually a number of third party tools are available – a common one being Twonky media server. Some of these alternative Squeezebox servers run on NAS devices such as the ReadyNAS NVX (plus lesser models) and Linkstation Duo, so leaving a PC on constantly in order to use the Squeezebox Touch isn’t a necessity. 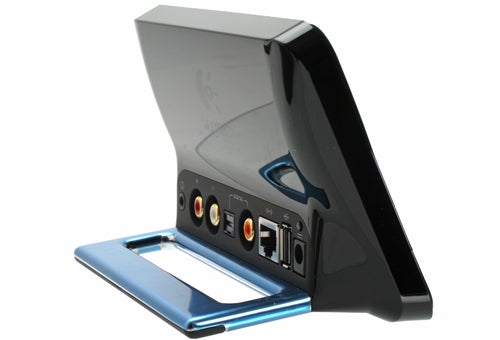 The Squeezebox Touch itself can decode MP3, FLAC, WAV, AIFF, WMA, Ogg Vorbis, HE-AACv2, HD-AAC and Apple Lossless files. WMA Lossless, APE, MPC and WavPack files are supported with transcoding performed off-device, which means they may not be playable using third party servers, or if said servers are running on systems that can’t handle particular file formats. For the most part, however, it’s safe to say that the Squeezebox Touch will be able to handle any audio format you can throw at it.


In our testing that certainly proved to be the case. The Squeezebox Touch had no problems decoding 320kbps MP3, 256kbps AAC or even 24-bit/48KHz FLAC files (the latter courtesy the Bowers & Wilkins Society of Sound). 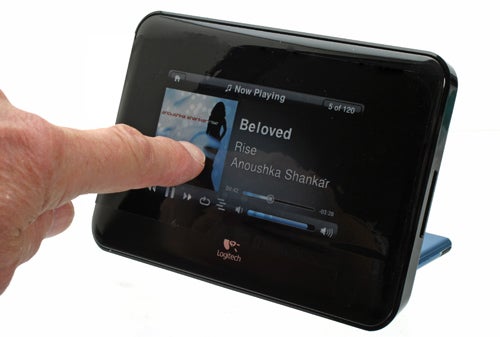 The internal DAC does its job as well as can be expected from a sub-£250 audio device. With good enough source material the Touch’s output is delightfully clear and dynamic. Low quality files – say, Napster’s 128kbps WMA – still sound, well, low quality, but they’re good enough for casual listening. We found that even just passing the phono outputs through a valve amp helped smooth out the harshness resulting from the ‘garbage in, garbage out’ effect. But of course, if the on-board processing isn’t up to your standards, you can invest in a dedicated DAC and amplifier set-up, using the Squeezebox Touch solely as a relay – and a mighty good one at that.


It’s its flexibility that really sells the Squeezebox Touch and that makes its £235 asking price a steal. Only a Sonos system could better it for slickness and capability, but Sonos kit is significantly more expensive. Given the choice, we’d still go for the Sonos set-up because of the superior multi-room capabilities, but if you know you only want a stand-alone streaming-audio solution, the Squeezebox Touch is it.