Logitech has broken new ground recently impressing us all with its first premium speaker dock, the UE Air. Now the company is back on more familiar ground with the Mini Boombox, a small, portable speaker designed to make the best of the impending (possibly?) British summer.

Design
The Logitech Mini Boombox looks nothing like its showy premium big brother, but that isn’t necessarily a bad thing. The curved rectangular design is akin to a river-worn stone and its smooth edges feel comfortable in hand. At just 219g it is only a little heavier than a big screened smartphone and slightly bigger than a tin of hardboiled sweets. In short, Logitech has aced the portability part. 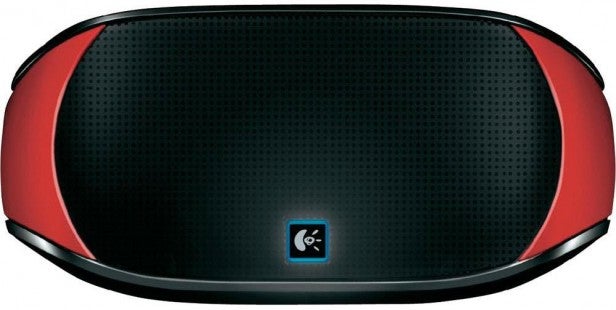 It hasn’t done too badly in terms of durability either. A choice of red, white and black finishes are available and these differential sections are made from rubber to resist bumps, scuffs and drops. The rubber feet on the bottom of the Mini Boombox provide similar protection with the only weak spot being the piano black top, which reveals touch sensitive controls when the speaker is switched on.

Notably the top is only connected to the rest of the speaker at the front in order to create a vent for the bass, but this does make it feel weak in hand so hope any impacts take place elsewhere.

Controls and connectivity
What of these controls? Play, pause, skip (hold to scan) and volume make predictable appearances and are responsive to the touch, but worthy of note is the dual function Bluetooth/Call key. Calls first – the Mini Boombox has a built in mic that allows it to be used as a speakerphone, the call button used to answer/end calls.

Meanwhile, holding the button down puts the Boombox into pairing mode for connecting any Bluetooth enabled device. AirPlay may offer lossless audio quality but, short of being physically tethered, Bluetooth remains the fastest way to get up and running. 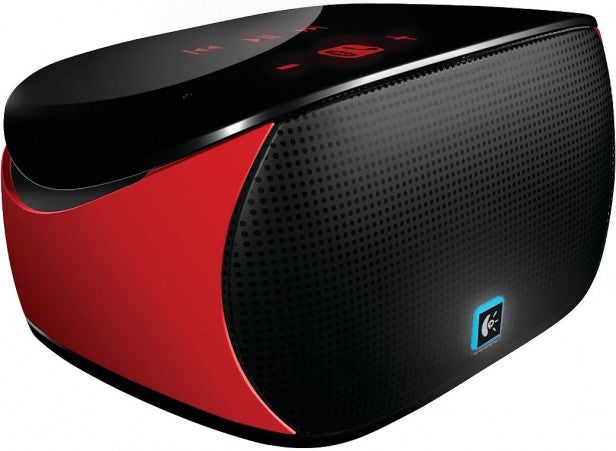 Happily physical connection is also possible. At the rear is the obligatory 3.5mm auxiliary input, so the small number of gadgets without Bluetooth will not be left out. In addition there is an on/off switch (the Mini Boombox also switches off after an hour of inactivity) and the first big no-no: a miniUSB charge port. In an age where phones (Apple, inevitably, apart) have standardised upon microUSB, choosing miniUSB is a little out of date and means you will likely need to carry a second cable with you should it require some more juice.

Then again Logitech does make a decent effort to dispel this need as it claims the Mini Boombox will last up to 10 hours on a single charge. Logitech has also equipped the speaker with an integrated rechargeable NiMH battery so you won’t be burning through packs of batteries when the sun is out. A full charge takes approximately four hours from a wall socket (plug and cable provided) with the Mini Boombox blinking blue when charging and switching to solid blue when charged. A red light comes on to indicate a low battery and it flashes red to indicate it is very low.

Enough theory. How does all this stack up in practice?

Sound Quality
On the whole the Logitech Mini Boombox is a mixed bag. Let’s deal first with audio quality. When looking at such a small speaker it is important to remember performance is relative. Logitech has opted for a two speaker (2x 3 watts) arrangement in an attempt to deliver stereo sound at fairly high volumes. It succeeds in the latter, but fails in the former. The Mini Boombox ”is” loud, but with the speakers in such close proximity there is no hint of stereo separation and for all intents and purposes it is mono to the ear.

This works fairly well at moderate listening volumes. The signature is a little heavy on the treble at the expense of midrange, which makes it sound a little raw, but the bass does a reasonable job of papering over the cracks. Where these cracks reappear is at higher volumes as the audio begins to distort above 50 per cent volume and by 75 per cent it is a muddled mess swamped by a fuzzy bass that actually causes the Mini Boombox to physically bounce backwards on a smooth, flat surface. Two rubber strips on the bottom of the speaker may protect it from falls, but it needs a larger contact area to keep still.

These results were attained over Bluetooth (with A2DP), but connecting via an auxiliary cable made little difference as the speaker limitations are exposed before those of Bluetooth. The Mini Boombox is more successful as a speakerphone. It amplifies the call more loudly than any smartphone speaker could, making it handy for a lot of people to listen in, and recipients said we could be heard loud and clear.

Battery life
As for battery life we found Logitech’s figure of 10 hours to be a little exaggerated. Like all portable speaker companies it does warn this “will vary with use” and we found seven hours to be more realistic at a moderate volume. Blasting the speaker at near maximum volume saw this cut to four hours. Another concern is the speaker only warns when battery life is low. This means you are left in the dark anywhere between fully charged and low. 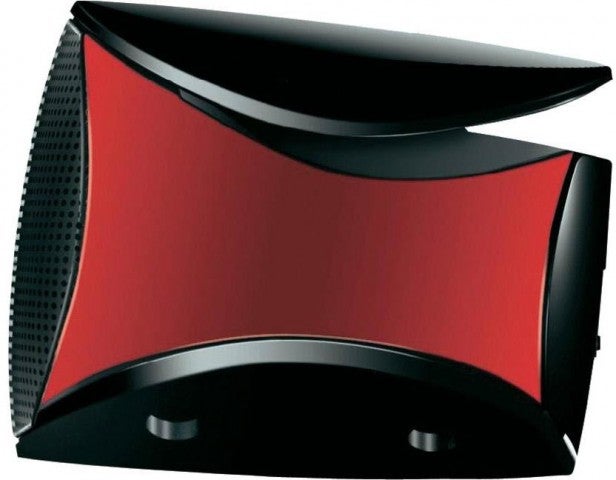 There is a saving grace to all this, however, and that is price. The Mini Boombox can be purchased for £59.99 and for this price it offers the same functionality as the Aliph Jawbone Jambox (£160) for a fraction of the cost. It is lighter and louder than the Jambox too, though the audio has less precision.

On the flip side, for those less concerned about functionality and more about the best audio quality, both these models are blown away by the Pasce Minirig. It may lack Bluetooth and speakerphone capabilities and cost a little more than the Mini Boombox (£85), but is beautifully built, sports battery life of up to 60 hours and houses a single 15W speaker that is far louder and projects far superior audio quality.

”’Verdict”’
What Logitech has done is make a portable speaker with plenty of bang for your buck. At £60 you get portable, wireless audio and a competent speakerphone all thrown in. For those who require a multitasking product it is hard to beat. For those seeking a dedicated portable speaker with monstrous battery life the Pasce Minirig remains streets ahead for only a little more. Logitech has made a product that tries to please everyone, but it may disappoint some.