There was a time when human labour could be measured by the crack of a pick-axe or the clang of a hammer. In 2016, we sound out our toil with the humble click of a computer mouse. All day, every day, we clack-clack-clack at our desks, churning out documents, spreadsheets, and cat memes. We try to shut it out, but the truth is that there’s no escaping it – the click is infinite, unstoppable, and can be unbearable.

This is the reason Logitech tasked its expert engineers with building a truly silent mouse: the Logitech M330 Silent Plus. It’s a mouse that doesn’t clack when you click it (or click when you clack it), and it could be the most welcome addition to the office since reclining desk chairs.

But at £29.99, it’s far costlier than your average office mouse. Can the wireless M330 really justify its lofty price tag? Only for the truly irritated, it turns out. 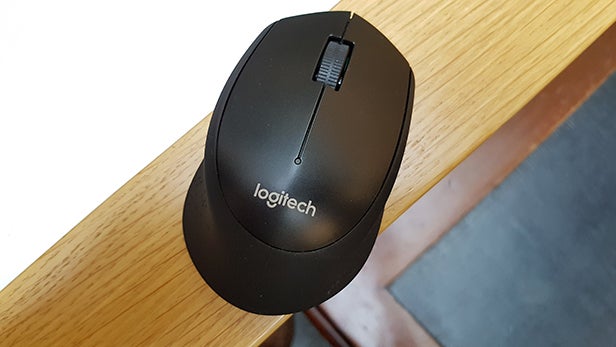 Design-wise, Logitech’s M330 Silent Plus looks inoffensive enough. It sports a shiny black exterior with a matte, rubberised section for gripping. There’s a Logitech logo stamped front and centre, but otherwise there are no remarkable features. That’s a good thing, as you don’t want an office mouse to stand out; it’s there to get a job done, and done quietly.

If you’re used to gaming mice, you’ll immediately notice the dinky dimensions of the Logitech M330: 105.4 x 67.9 x 38.4mm. If you have normal-sized hands, only the upper arc of your palm will make contact with the mouse. You’ll also be able to operate it comfortably with only your fingertips, if you prefer. If you’re hoping to use this mouse with a full-palm grip, the bad news is that this will probably be impossible – unless you’re a small child, that is.

The mouse is lightweight at just 91g – that’s almost the same weight as two Cadbury’s Dairy Milk bars scooting around your desk. The benefit of this feather-light design is that you won’t feel fatigued when lugging the M330 across a mousemat all day. It’s also small and light enough to stuff in a jacket pocket or handbag without seeming like a burden.

Note that the Logitech M330 Silent Plus isn’t ambidextrous; it’s been designed for right-hand use only. If you’re a leftie, you’re out of luck. 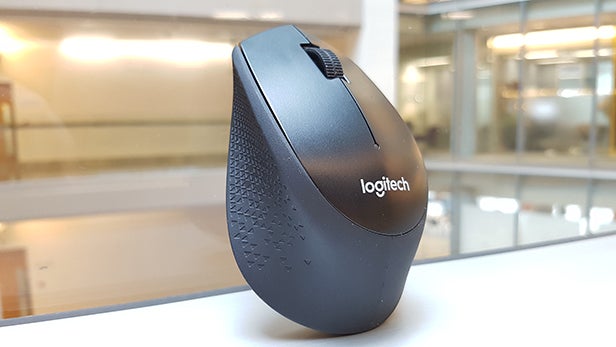 Since this is an office mouse, features are in short supply. For a start, there are only three most basic buttons: left-click, right-click, and middle-click (embedded into a scroll wheel). That’s a shame, as even office mice can benefit from additional buttons, which can be used for flicking backwards and forwards on a web browser, for instance.

At £30, it seems unfair that Logitech has decided not to plant two extra buttons on the left-hand side of the mouse.

The M330’s headline feature is, of course, its quietness. According to the click boffins at Logitech, you’ll get an impressive 90% noise reduction when compared to the company’s non-silent M170 mouse.

In fact, so silent is the M330 that it has received the Quiet Mark seal of approval from the Noise Abatement Society, which is actually a thing, who knew?. You’ll find a similar accolade on many of Dyson’s bladeless fans.

In practice, I’ll admit that I did find the Logitech M330 to be quieter than your average mouse. Where you’d normally hear a harsh click, the M330 offers an extremely dulled thwack. You can still hear a noise, even with the gentlest of presses, but it’s significantly quieter than your standard office fare.

If you’re buying the M330 for its quietness then you won’t be disappointed. Even when I spam the mouse with my utmost clicking capabilities, my efforts are reduced to little more than a whisper – bravo! 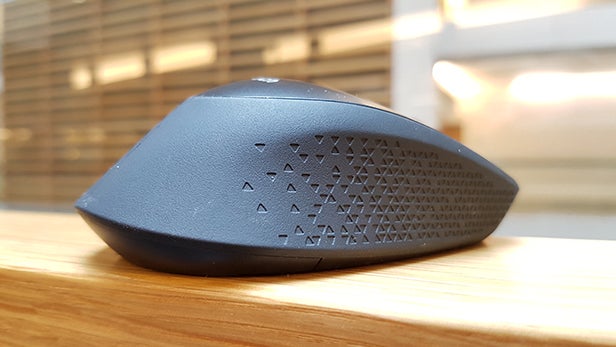 So, what else? Not much, as it turns out. The only real additional feature is an optional download of the Logitech Options software, which will let you monitor prosaic details such as battery status. It isn’t in-depth like Logitech’s gaming mouse software suite, but you don’t need it to be. The software is available on Windows and Mac, but the mouse supports Chrome OS devices too.

Overall, it’s fair to say that the Logitech M330 is lacking in features, save for its single unique selling point.

I wasn’t hugely impressed with the performance of the Logitech M330. First, the mouse has a 1,000 DPI sensor, which is about par for the course with office mice. But as display resolutions grow, the DPI needs to increase too.

For the unaware, DPI stands for dots-per-inch, and is a way of describing a mouse’s sensitivity. The higher the DPI, the further your cursor will move on the screen, relative to how far you moved your mouse. On my low-resolution MacBook, the Logitech M330 managed just fine, but it felt slow when trying to move the cursor across a more dense QHD display on a multiple-monitor setup. And if you’re using a 4K display, the problem would only be exacerbated.

The general performance of the mouse was a little iffy too. Often, the M330 simply wouldn’t pick up some of my movements, even on a plain black mousepad. And on a glossy desk, the M330 was rendered completely unusable, which is a shame considering Logitech’s vast experience in building glass-friendly sensors. It isn’t experience ruining, and you’ll be able to get your work done with the M330, but the inconsistent tracking certainly niggles. 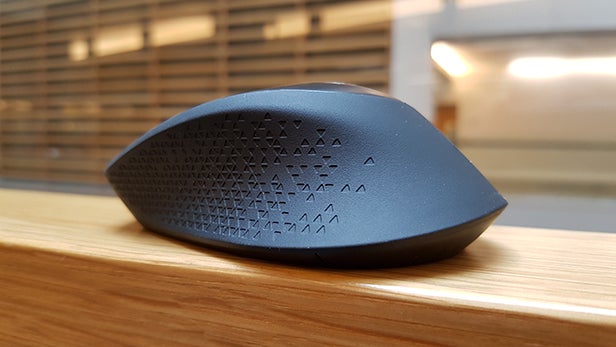 It isn’t all bad, however. The M330 is wireless, and connects to your computer or laptop using a plug-in USB dongle – over a 2.4GHz connection. The range is a generous 10m; I tested it up to 5m with great success, and anything over that is probably unnecessary anyway. I didn’t experience any random disconnects, so the quality of the connection appears to be pretty decent.

The M330 takes a single AA battery, with a purported lifespan of 24 months based on average usage. I won’t be able to verify that just yet, but it wouldn’t surprise me; a well-designed office mouse can last well over a year. To the M330’s benefit, the mouse will automatically enter a standby mode when not in use, saving power as a result.

Should I buy the Logitech M330?

It’s tough to recommend the Logitech M330 for everyone, because it serves a very niche need. If you’re truly outraged by the noise of mouse clicks or use your PC in the same room as people who are sleeping, then there’s little competition on the market. But you’ll have to work out whether the luxury of a silent mouse is worth £30 to you, especially when there are cheaper mice with more buttons that have a regular clicking action.

Silence aside, the Logitech M330 is overpriced when reviewed as a general office mouse. The tracking is iffy, it performs inconsistently across surfaces, and there’s a severe lack of features. If you have £30 to spend on an office mouse, grab something cheaper, or even buy a gaming mouse (the Logitech G303 is £40, for instance) – then you’ll be able to adjust the sensitivity and make use of additional buttons for productivity purposes. Even if you’re dead set on wireless mice, Logitech sells these for less than £10 (try the Logitech M185 or M170).

The Logitech M330 is an average office mouse with a single standout feature – which, admittedly, functions very well. Its silent clicks may be enough to woo some click-fatigued users, but unless you’re genuinely bothered by the noise your mouse makes, you needn’t bother with the Silent Plus.

An overpriced office mouse for all but the most click-fearing users.