What is the Logitech K811 Bluetooth Easy Switch Keyboard?

The Logitech K811 Bluetooth Easy Switch Keyboard is a more advanced alternative to the official Apple Wireless Keyboard. Three dedicated ‘switching’ buttons let you toggle instantly between three different devices (e.g. a MacBook, Mac and iPad) without fiddling around pairing and unpairing each as you go.

It’s also backlit and has a built-in battery that charges via USB. But at £89, is it worth the extra £30 over Apple’s official keyboard? 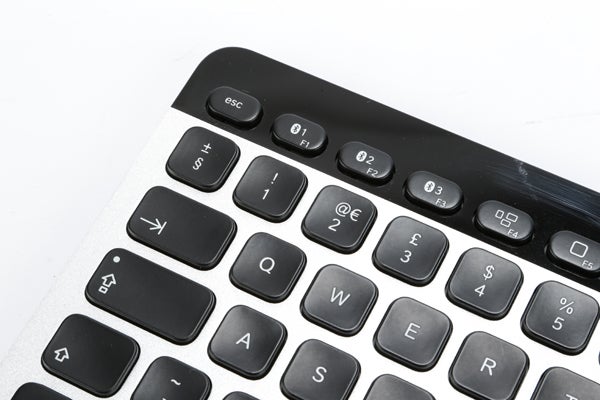 Once paired with a device, all you have to do one of the three ‘easy switch’ buttons to connect.

There are an awful lot of good things about the Logitech K811 Bluetooth Easy Switch Keyboard. Let’s start with its key feature, the three ‘easy switch’ buttons. Great as the Apple Wireless Keyboard is, and it is a very good keyboard, using one with more than one device is a pain. Every time you want to use it on your iPad instead of a Mac you have to un-pair one and then pair with the other, and vice versa.

With the Logitech K811 you still have to pair with each device, but only once. From then on you can switch between each one at the press of a button. It’s great if you use two or more Apple products at your desk, such as a Mac as your main screen and then an iPad as a ‘second screen’. It has most of the shortcut keys for Macs and iPads, too, including a home button, brightness controls and volume controls.

It’s a great keyboard to type on, too – just as good, if not better, than Apple’s own. Each key has a smooth, precise action that’s quiet enough to not irritate. Each key has a slightly concave shape that adds to the comfort and refinement. 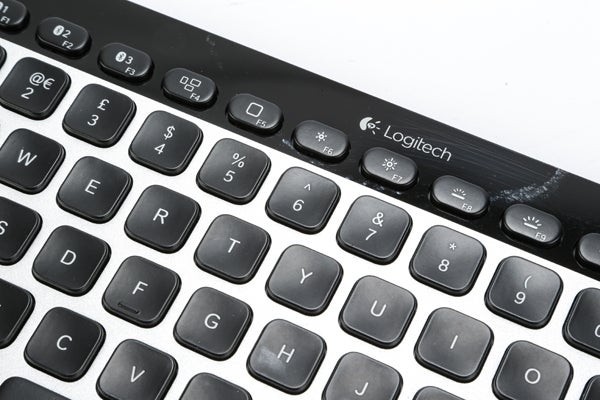 Another improvement on Apple’s standard keyboard is the inbuilt battery. The Logitech K811 Bluetooth Easy Switch Keyboard doesn’t need AA batteries, and when’s it’s charging via the supplied USB cable you can carry on using it as normal.

The basic design is attractive – we like the contrast between the black strip at the top and silver metal body. It’s also very compact and light, so pops into a bag easily enough.

The battery lasts months rather than days or weeks, so you shouldn’t get caught short even if you use the backlight from time to time.

Most of the Logitech K811 Bluetooth Easy Switch Keyboard’s problems are trivial.

Adding three dedicated switching buttons and two to adjust the keyboard’s backlit keys means there are no play/next controls. There’s still a Play/Pause button, but we wonder if the backlight controls could have been located elsewhere to accommodate playback controls.

Though not mandatory, it’s useful to install Logitech’s SetPoint software on any Macs you use the K811 Bluetooth Easy Switch Keyboard on. It’s inoffensive but rather limited, with no useful customisation options. SetPoint is also the only way to find out how much battery life is remaining, but the little battery icon is a vague gauge with no ‘percentage remaining’ figure. 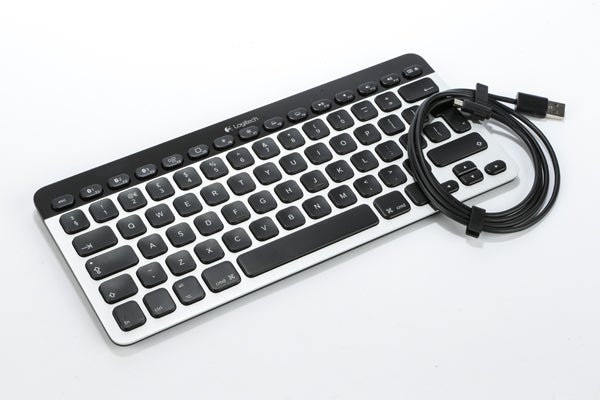 Should I buy the Logitech K811 Easy Switch Keyboard?

If you need and want to switch between several Apple products, it’s a no brainer. The Logitech K811 Bluetooth Easy Switch Keyboard is an innovative, quality keyboard that does what it sets out to do with aplomb.

That doesn’t, however, mean everyone should walk out and buy one. At £89, it’s damn expensive – £30 more than the Apple Wireless Keyboard, which isn’t ‘cheap’ itself.

That’s fine if you really need what it does, but if not then the Logitech K811 Bluetooth Easy Switch Keyboard is overkill. Its built-in battery and backlit keys are a nice extra and the K811 is great to type on, but they’re not enough to justify the extra £30 alone. Only the nifty switch system does that.

The Logitech K811 Bluetooth Easy Switich Keyboard is an innovative and highly recommended wireless keyboard. It’s on the pricey side, though, so it’s only worth it if you think you’ll use its nifty ‘easy switch’ feature often.