Logitech’s Harmony series of universal remotes seeks to remove the mountain of bundled controllers that can be found in the living room of many a gadget fan. The database of devices compatible with the Harmony 650 is growing all the time, and with more than 5000 manufacturers already on the list, you have to try pretty hard to find gaps in its line-up.


The Harmony 650 costs around £70, so may be more expensive than some of the devices you’ll end up controlling, and sits in the middle of the range. There’s a colour LCD screen, once only found in top-end universal remotes, but it can only connect to five devices at once – the more expensive Logitech Harmony One handles 15. 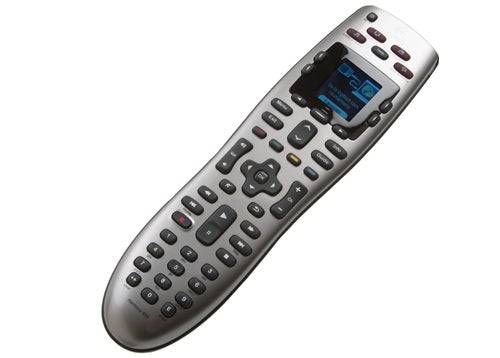 It’s powered by two AA batteries – one of the main differentiators between the 650 and the 700, one step up the series, is the use of a rechargeable battery in the more expensive model. This won’t be a drawback for all though, especially now that you can buy long-lasting rechargeable batteries like Sanyo’s Eneloops.


This remote’s primary function is to save time, but there’s plenty of work to be done before you get to that point. Setting up one of these remotes is like running a marathon. There’ll be pain, you’ll hit the wall and think you can’t go on, but there’s an enormous feeling of satisfaction once it’s over – and you can collapse guilt-free into a gasping heap.


The Logitech Harmony series needs to be setup using a computer. Switch the 650 on and it’ll prompt you to connect it using microUSB – unlike some rivals you can’t do everything directly from the remote itself. The software’s wizard-based, and functions more-or-less the same no matter which of the Harmony remotes you use. 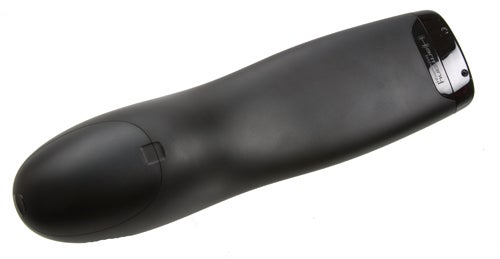 First off, you input the names of all your kit, to check that they’re present and correct within Logitech’s database. We plugged in around a dozen bits of a kit into the remote – although only five at a time, in-line with the 650’s five-device limit – and came up with a single gap, the rather niche Niro 6.1 TWO home cinema system from 2004.


Any remote controller not included from the off can be “learned” by pointing the original remote at the Harmony 650’s IR sensor and mapping its functions key-by-key. This process is laborious, but only has to be done the once, as long as you don’t muck it up the first time.


Once all the devices have been inputted, you can let the software add activity macros automatically, or pick your own selection. These macros plug together a series of commands, to give you a one-button way to turn on your TV, home cinema and Blu-ray player, for example, and get them all prepped with the right settings. The software tries to make the process as accessible as possible, formulating each macro through a series of simple questions, such as “will you use your TV or PVR to control volume when watching television?” 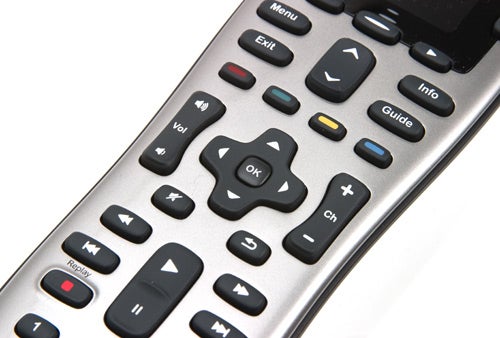 It’s during the macro-making process that the real headaches can start though. Each command is separated by a gap of so many milliseconds, to allow for devices to finish tasks properly – you can’t usually tell a TV to switch to an HDMI input half a second before telling it to come out of standby, for example.


Optimising these macros takes time and patience, and will likely require you to change the way you use your equipment. If you don’t always use the Harmony 650 to switch devices on and off for instance, you’ll come unstuck if a gadget uses a power on/off toggle rather than two separate commands. There’s a built-in troubleshooter that you can use to fix problems after an activity has been executed, but getting settings perfect still requires significant tweaking.

The latest round of Harmony-series remotes is more curvy, and larger, than its predecessors. The Harmony 650 is roughly comparable to the previous 555 price-wise, and ergonomics have improved since then.


Where the 555 was economic and slim, the Harmony 650 is curvaceous and a little chunky, but ultimately it’s more comfortable in-hand. Its size demands two-handed use though. Held with the butt of the remote in your palm, even the long-fingered won’t be able to reach the screen and activity controls at other end of the remote – and these are the main hotspots of activity if you’re using the remote to its full potential. Curiously, Logitech has added four physical buttons for the key activities of watching movies, listening to music and watching TV although these activities can also comfortably be relayed using the colour screen.

This is a remote for those with a serious home setup, which makes it all the more disappointing that it only supports five devices. The previous Harmony 555 supported 15 devices at once, and while many will be just dandy with a limit of five, that figure will soon be eaten up if you use additional intermediary bits of tech like IR-enabled HDMI switches or want to use the Harmony 650 across multiple rooms.


It would seem this figure has been purposefully laid upon this product too. A software limitation, the five-gadget barrier helps to differentiate between the 650 and the more expensive Harmony One, now that mid-range units like this offer colour screens. There’s an accelerometer on-board that makes the remote turn on when picked-up, but this also has the initially unnerving effect of making it rattle when shaken, sure to convince a few buyers that some part of something very important inside has broken off. 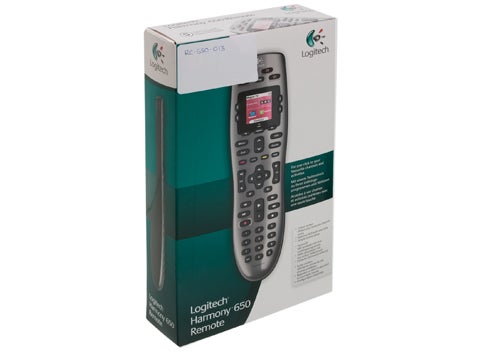 There’s a definite sense that the Logitech Harmony series is treading water with these newer remotes. The design has been tweaked towards the style of the Logitech Harmony One, released in 2008, which we appreciate, but the core experience of using the remotes isn’t substantially different from what it was in the last series.


Once the arduous setup process has been undertaken, the Logitech Harmony 650 will replace a handful of remotes with style – and the macros really do work – but it’s disappointing not to see some more updates to the core functionality. There’s still no built-in Bluetooth and the way you setup the thing hasn’t changed significantly in years. It works, but surely it could be better?


Currently the Harmony software tries hard to make the setup process easy for beginners, but in doing so it hides some of its neatest features under another layer of menus – such as renaming of devices and activities. The attempt to be entirely intuitive doesn’t quite work either, as we found you inevitably have to return to your PC multiple times to tweak settings, and in doing so delve deeper into the setup process.


Logitech may still produce the best off-the-shelf universal remotes, but it’s in danger of becoming seriously stagnant if it rests of its laurels any longer. In some ways the Harmony 650 represents a step backward for the series, but if you have no problems with the five-device limit this is still one of the best universal remotes you can buy for under a hundred pounds.

The Logitech Harmony 650’s five-device limit seems stingy, but great ergonomics and high-quality build maintain the standards of this illustrious series. Just prepare for a couple of painful setup hours before the bliss of a one-remote home setup becomes a reality.