Only gamers can understand the need for a good mouse. Most people can settle for whatever falls out the box with their PC, but we know those are no good. We know that to get gaming perfection, you need something that’s fast, accurate, smooth and adaptable. Whether you’re playing Team Fortress 2 and switching between classes or playing a traditional deathmatch shooter like Unreal Tournament 3, you need to know your mouse can adapt to your needs. 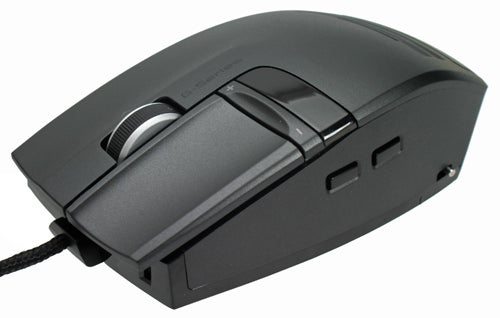 And, for a long time, Logitech’s G5 was just such a mouse. Beautifully crafted and balanced, it has long been a favourite in the gaming fraternity and stood as an example of what a gaming mouse ought to be like. However, all good things have their time and given that we first reviewed the G5 as long ago as October 2005, a successor has been long in offing. Today should prove cause celebration then, because we’re looking at that successor, the eagerly awaited Logitech G9 Laser Mouse.


Immediately it’s obvious that the G9 is quite a departure from the G5. Unlike that and the disappointing Microsoft SideWinder, it’s shorter and far more compact. But this isn’t the real talking point, it’s the use of two interchangeable grips, a ‘wide load’ grip and a ‘precision’ grip.

Initially, we were somewhat sceptical about this idea, but in reality it makes perfect sense. We’ve written before about the problems of people’s differing grips, with some preferring to hold the mouse in their palm and others with their fingertips. With a typical design certain mice just favour one technique over the other, but the choice of grips with the G9 solves this problem.


Take the wide load grip, which as the name suggests is slightly wider and larger. This is moulded perfectly for those who like to grip the mouse with their whole hand, with a slightly exaggerated rear end to help support the palm and a softer touch to make prolonged use comfortable. Conversely, the smaller Precision grip is ideally suited to fingertip gamers, with the more tactile texture providing a more confident control over the mouse. 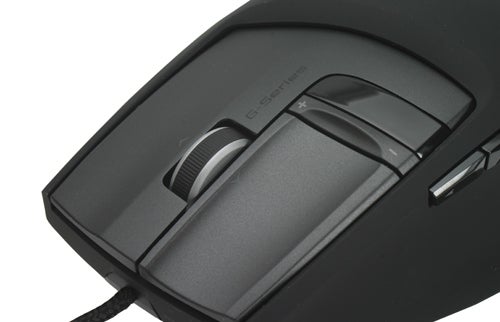 Some may argue that you’ll choose one and discard the other and that this makes the exercise pointless, but one can’t help but think this view is rather short sighted. If a good gaming mouse needs to be adaptable, what better example is there than this? Moreover, although this may be the case with many it’s difficult to assert precisely what people will do – I for one use the precision grip for gaming and the more comfortable wide load grip for desktop use.

Though the grips are the stand out feature of the design there’s plenty else going on too. There’s all the usual buttons, with forward and back on the left side and primary left and right click buttons. All have light but responsive mechanisms and are well positioned for comfort and immediacy. 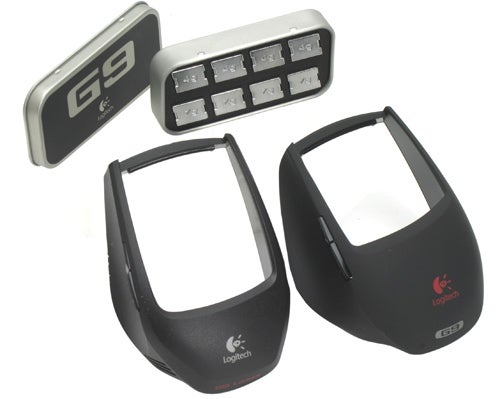 We also like the mesh piping surrounding the cable, which ensures it doesn’t become snagged on obstacles and most importantly prevents it from curling up when wrapped around the mouse during transit. Anyone who routinely attends LAN parties will appreciate this and it’s another indication that a lot of thought and research has gone into making the G9, which is obviously no bad thing.


Another example of this is the DPI switching facility. It’s not a revolutionary feature by any means, but it’s perfectly executed. It’s controlled via a well placed rocker behind the left click button and you can switch between up to five DPI presets, with the DPI levels ranging from 200 to a massive 3,200 DPI. This gives you an immense amount of control, with Logitech’s SetPoint software enabling you to control both the number of presets and set the sensitivity of each axis independently. It’s a wonderfully elegant but equally complex solution, once again highlighting the G9’s versatility. 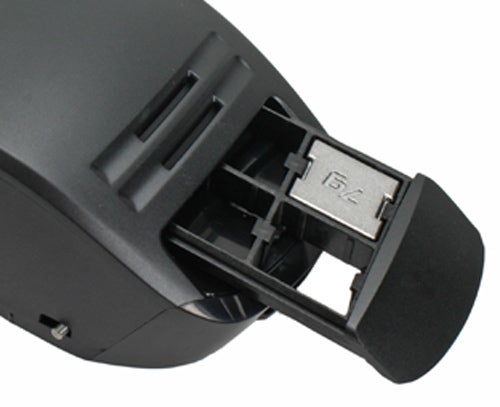 Since we’re on the topic of SetPoint it’s another area where much praise can be bestowed. Once upon a time it was a buggy mess but Logitech has been working on it extensively, to the point where there’s little complaint to be made at all. A slick and easy to navigate interface gives you easy access to various options including macro recording facilities, enabling you to record keyboard instructions and bind them to a mouse button.


You can also create profiles, up to five of which can be saved onto persistent memory housed in the mouse. This means you can create settings for specific games and take them with you anywhere, without the need install any software on your new host machine. This is in addition to all the small things you can change, such as the colour of the LEDs to the default function of certain buttons in specific programs. 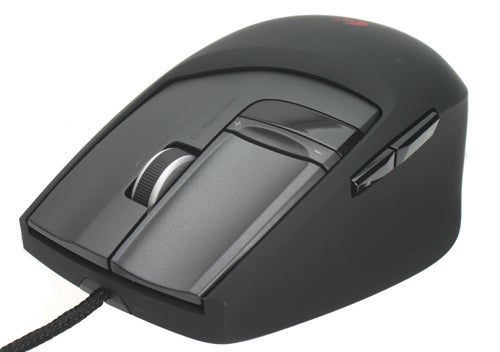 Continuing the theme of adjustability and versatility you can also adjust the weight of your mouse. You get a selection of four and seven gram weights (four of each), with space for four in the mouse at any one time arranged in 2×2 formation. This gives you the option up to 28 grams of extra weight, while the 2×2 arrangement means you can distribute the weight toward the middle or the back.

At this point you’ve probably got the impression we rather like the G9, which given that we put the score at the beginning of the review isn’t too hard. However, mere numbers cannot convey how pleasurable it is to use the G9, both in games and in normal general use. 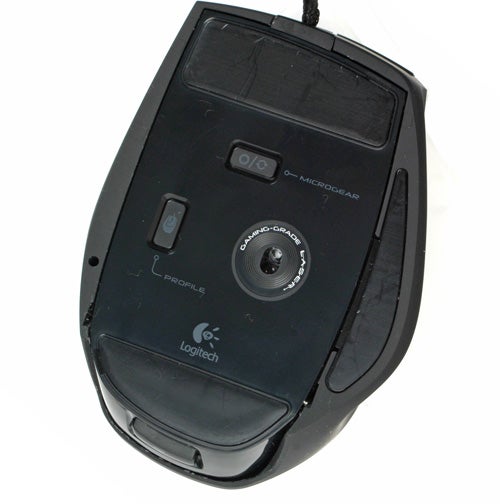 With two large Teflon pads at either end of the mouse it tracks beautifully, providing little in the way of friction when combined with a decent quality mouse pad. In addition, the massive range of DPI settings gives you all the control you need. In game you also come to realise how well placed that DPI switcher is, enabling you to quickly select the mode you want without surrendering control of the mouse.


We also like the scroll wheel, which uses the same MicroGear technology that was featured in the excellent MX Revolution. It has a very strong and defined click-to-click mechanism, which ensures that you can quickly select the weapon you want and not scroll past, while you can also switch to a completely smooth mode for scrolling web pages and documents. Unfortunately, you must push a button underneath the mouse to switch between the two, which is one of the few glaring design issues we found. 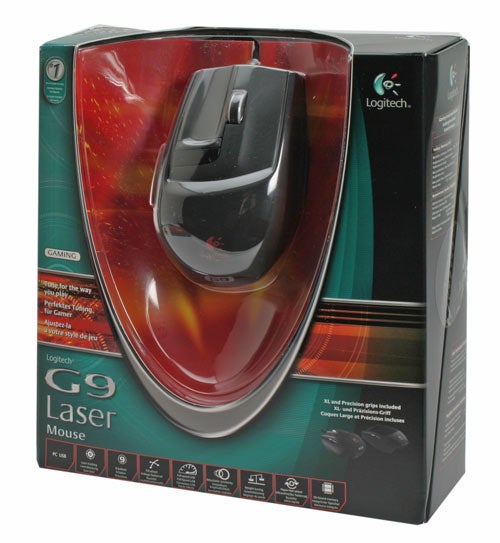 Are there any other criticisms? Those who regularly adjust the weight of their mouse might find removing the grips to access the weight draw annoying and it doesn’t look as sleek and sexy as some mice, but on the whole any material criticisms are trivial. Other than this, price is bound to be a sticking point for some. We found it available for just over £50, but many stockists are selling it for nearer £60 and sometimes more. Whether this is worth it is rather up to the individual and how great your need is for a gaming mouse but if you’re a serious gamer who enjoys playing online, either casually or competitively, we can’t recommend the G9 enough.


If gaming is your thing and the PC is your king then the Logitech G9 is your one stop destination for gaming domination. It’s well designed, well featured and incredibly versatile and as such comes highly recommended.