If you want a fantastic wireless gaming mouse that offers a whole host of functions with one of the industry's best sensors, look no further than the Logitech G502 Lightspeed.

The Logitech G502 represents the latest and most profound update to the much-loved G502 gaming mouse. Since its inception, the G502 has undergone a host of updates – this new one is no different, ditching the wires in favour of Logitech’s new LIGHTSPEED connection, offering latency-free browsing and gaming.

Initially the G502 comes with a predominately plastic construction that doesn’t really differ from previous generations. The freedom associated with a wireless connection is welcome and the connection to the Micro-USB charging cable is solid and well-made.

It’s typical Logitech fare really, complete with sturdy construction. By way of design, it’s a sleek looking mouse, with the matte black being offset by the patterned the grips that also feel really rather comfortable in-hand, giving the G502 a definite premium feel. To be honest, that’s expected at the £130 price point. 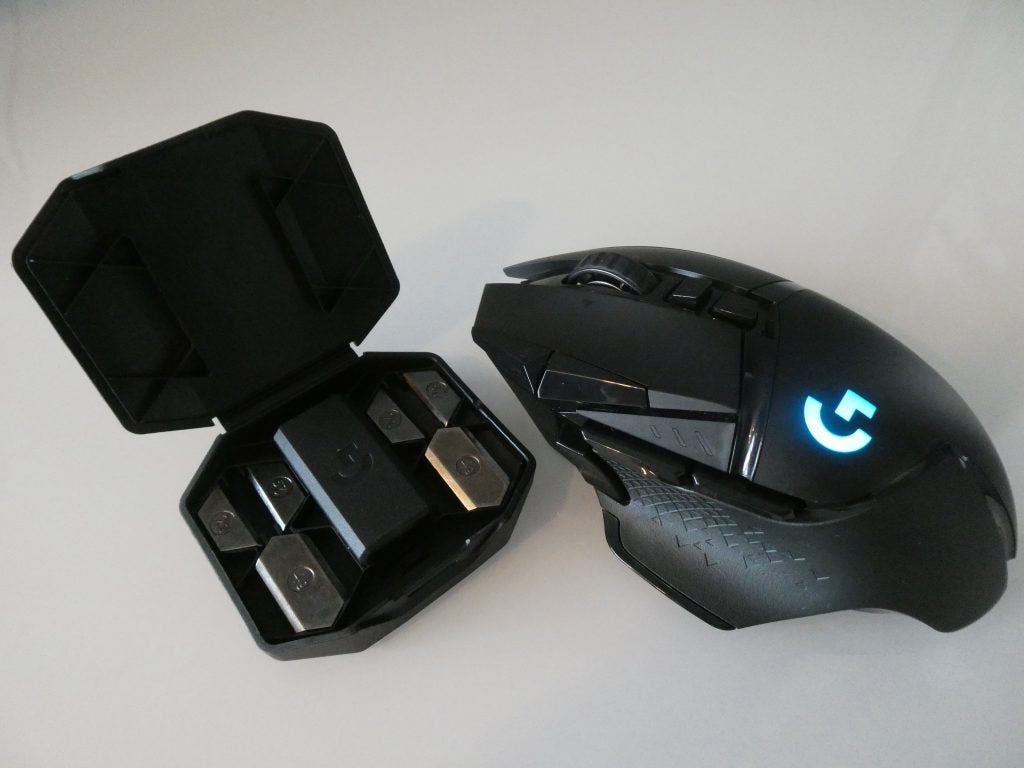 There’s a whole host of programmable buttons, eleven to be exact, that already come with preset functions. As well as the typical left and right mouse buttons and scroll wheel, there’s a variety of other functions that the G502 can do right out of the box. Mounted on the left hand side are buttons designated to the functions of moving forwards and backwards between web pages, whilst another two allow you to change between the six different DPI settings ranging from as low as 100 right up to the highest of 16,000. That’s a lot.

Present in the box are a few nifty weights that allow you to give the mouse a little bit of extra weight if that’s what you’re into. In hand, it feels rather light, but with the extra weights added, the G502 does feel heavier.

For day to day usage, the G502’s various DPI made it a joy to use, with it mostly being utilised on its highest setting at 16,000 DPI. It’s a little erratic at first, but after merely a few minutes of use is natural to use.

It’s certainly responsive, although the upper echelons of its DPI range don’t break any records – the HERO sensor that this updated G502 uses is no different to the previous incarnation. That being said, in a previous guise, the G502 was once the world’s highest DPI mouse when it had its old 12,000 DPI sensor. We’re in safe hands therefore.

Being wireless obviously means that there’s a lot more freedom attached (or rather, not attached) to the G502. It works on pretty much any surface, from glass to wood to a typical mouse mat, which is a bonus, given that some mice refuse to work on glass whatsoever. It’s also plug-and-play, meaning it’s merely a case of plugging in the receiver and away you go. 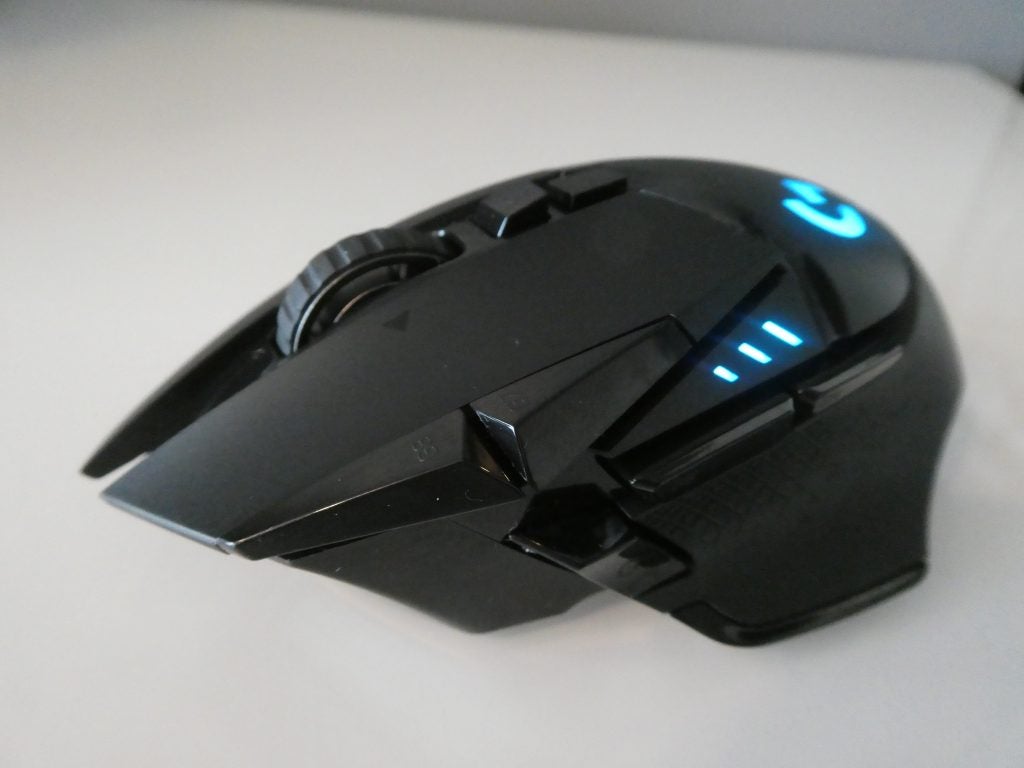 Its battery life is highly commendable, offering a stellar 60 hours without any lighting, or 48 hours with it on full blast. What’s more, with the little on and off switch on the bottom, there’s no delay between using it and not.

One noteworthy talking point is that one of the buttons on the G502 allows you to change the scrolling setting – the default involves a typical ratchet-driven scroll, giving you the normal scroll action, but there’s another setting available. Push the button down and it disables, giving you the freedom to scroll further and faster, a feature dubbed as ‘Hyperscroll’. This is particularly useful if you’re dealing with mega web pages or long Excel spreadsheets or if you’ve got a massive Spotify playlist and you want that one song – we’ve all been there.

When doing a few runs of CS:GO, Logitech’s newest addition to their family of mice felt brilliant in hand, as we killed terrorists with ease, whipped round walls to be greeted by enemies, or fired aimlessly into the distance and hoped for the best. Being able to change DPI on the fly is great too, meaning you’ve got a myriad of freedom when deeply embroiled in those long gaming sessions.

There’s also the ability to charge the G502 whilst in use wirelessly through Logitech’s PowerPlay mouse mat, which only increases its overall usability. Sadly I didn’t get to use this during the time taken for review, but the braided 1.8m cable that the mouse comes with is pretty standard.

Much like some of the other new Logitech products, their newest G502 runs Logitech’s intuitive G HUB software, giving you complete control over how you wish to use your peripherals.

Out of the box, the G502 features a typical RGB light cycle function, which is a little constricting, although once you delve into the G HUB software, your options are pretty damn cool. As well as the typical light cycle and ‘breathing options’ G HUB allows for you to have one fixed colour which looks rather clean, as well as giving you two other options – Audio Visualiser and Screen Sampler. 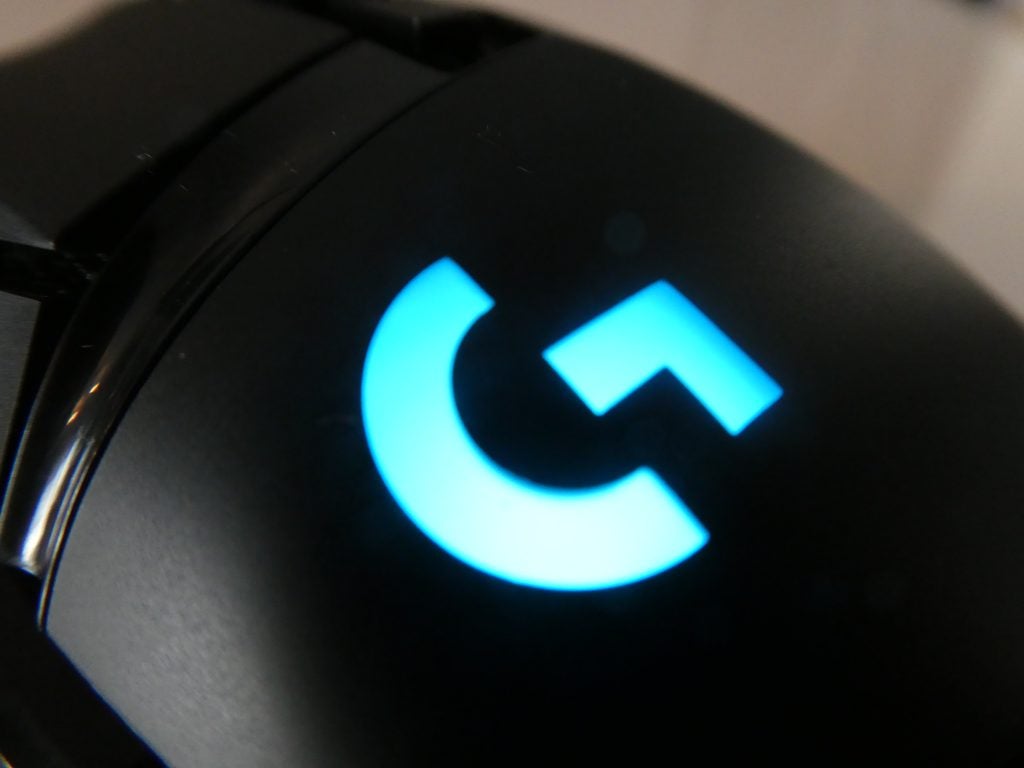 Audio Visualiser allows the mouse to pulsate a particular colour dependent upon the sounds that come out of your computer. When playing songs like Elvis Costello’s Lipstick Vogue or Ringo Starr’s drum solo on The Beatles’ The End, it was a marvellous spectacle to behold, admittedly. It’s a little hit and miss with some songs, like In The Air Tonight, but as a feature, it’s a lot different to anything else I’ve experienced. Screen Sampler gives you the option to take a picture or background, select a part of the screen – the top corners – and the mouse’s lighting system will then recreate the chosen colour – again, it’s a nice system and something completely off-the-wall.

There’s a great sense of community spirit within the G HUB and there’s some real bonuses to getting a Logitech account with it. You gain access to community-created presets for lighting, minimising the effort required to get a fantastic look by way of lighting.

Should I buy the Logitech G502?

Almost certainly. If you want a fantastic wireless gaming mouse that offers a whole host of functions with one of the industry’s best sensors, look no further than the Logitech G502 Lightspeed.