It’s difficult to imagine anyone complaining about having fewer wires, and as technology advances we have to deal with an increasingly large spaghetti junction of wires in every day life. 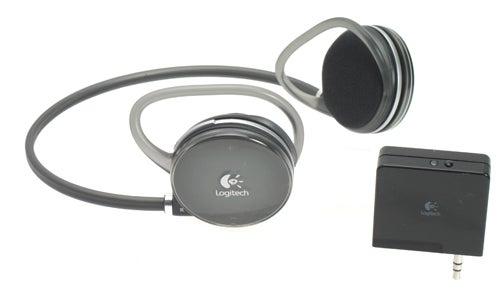 As wireless technology goes, Logitech’s FreePulse Wireless Headphones are a rather mundane development. We have, after all, been listening to sound without wires for decades now with this thing we call radio. But, marrying wireless headphones with good design, high quality performance and practical battery life is actually harder than it might seem. Do Logitech’s FreePulse headphones pass the test?


Initial indications would be yes, they do; they certainly look the part. They’re small, lightweight, and stylish enough that you’d be happy to be seen in public with them.


For just over £45 you get a set of Bluetooth 2.0 EDR enabled headphones, a small square Bluetooth receiver that plugs into any headphone jack, a short 3.5mm male-to-female extension cable, an AC adapter with two leads to charge both the headphones and the receiver and a set of adapters designed to secure the receiver to – yes, you guessed it – an iPod.

The addition of iPod adapters isn’t too great a surprise since they’re so prevalent these days, but it does give an indication as to the market these are intended for. The average iPod user will likely listen to 128kbps AAC files or MP3s encoded at 192kbps; i.e. not very high quality. If you’re an audiophile who prefers music encoded in lossless formats these probably aren’t for you – and I’ll be covering sound quality a little later.


First on the agenda, however, is battery performance, which is very respectable. It takes about two hours for a full charge of both the headphones and receiver, and once charged they’re good for around six hours of playback with Bass Boost activated. 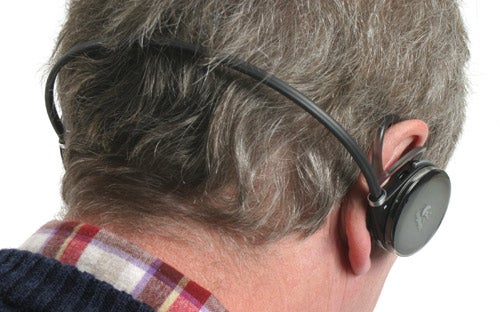 This ought to be enough for most occasions, as long as you remember to charge your headphones before you go out anywhere. One can’t help thinking, however, that Logitech has missed a trick by not providing a USB adapter for charging via a USB port. Moreover, as useful as wireless headphones may be, it would be handy to able to use them with a wired connection for those times when you run out of battery. 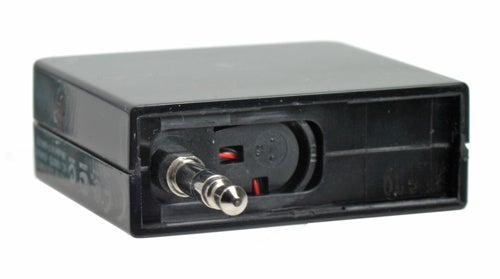 As mentioned previously, there’s also a Bass Boost mode which is activated by holding down the volume up and connect buttons on the right hand headphone. When wearing the headphones this can be rather awkward to do, and it would be nice to have a simpler way of activating this feature.


The wireless connectivity is provided via Bluetooth 2.0 with EDR (Enhanced Data Rate), with a reported maximum range of ten metres. In reality this is rather optimistic, with five metres or less being the optimal range for uninterrupted listening. Once you begin to wander further off, the headphones struggle with movement resulting in skipping and other audible anomalies.


For the purposes of living room or bedroom use, though, this is generally sufficient, and it ought to be added that the range is in any direction – so it is possible to be on a different floor and still listen to music provided you’re in range. As a general rule, however, these headphones are most likely to be used in conjunction with an MP3 player – making the range rather less of an issue. 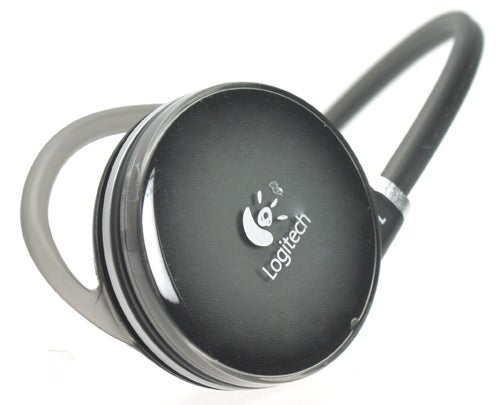 The iPod adapters, of which there are six, are connected to the bottom of the receiver providing secure connections to fifth generation 30 and 60GB iPods, fourth generation 20 and 40GB, the iPod mini and iPod nano. Generally these adapters worked well, though for the purposes of keeping a player in a pocket you could probably do without them.


Probably the best feature of the headphones is the design; they are simply incredibly comfortable to wear. At first you might be confused as to how to wear them, but once on you’ll barely notice them. Two flexible rubber loops slip in behind the ear, and the headphones are very secure making them ideal for jogging or going to the gym.


All of which leaves us with the thorny issue of sound quality, and here the FreePulse headphones show their true form. For listening to compressed audio files they do a decent enough job, but for £46 you’re paying a moderate premium for what are otherwise a fairly average set of headphones. 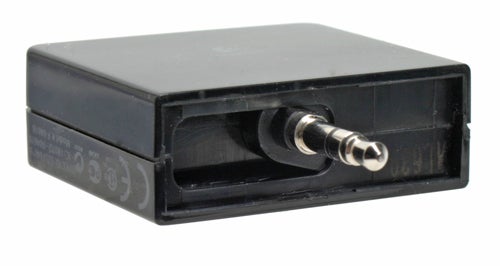 Mid-range performance is fairly solid, with good clear vocals but the higher end sound is noticeably compressed with rather distant and ill-defined percussion.


The Bass Boost is fine at lower volumes, adding warmness to the sound, but at higher volumes it’s rather overpowering and distracting. Moreover, it’s easy to mistake thumping bass for good quality sound, and I’d take crispness over labouring bass in most instances.


What this underlines is that Logitech’s FreePulse Wireless Headphones are really more of a convenience than a serious headphone solution. They’re great for tooling around with an MP3 player, and at times they’re useful for casual film watching and gaming, but beyond this they are limited. That said, if convenience is what you’re looking for then the FreePulse Wireless Headphones will serve you well.