What is the Logitech CREATE keyboard?

The release of the giant 12.9-inch iPad Pro creates a need for a set of accessories to fit. Currently, only two keyboards are available for Apple’s new tablet: the Smart Keyboard by Apple; and the backlit CREATE keyboard by Logitech that we’re reviewing here.

Unlike Apple’s offering, the CREATE is unapologetically tough and chunky. This is a keyboard that makes the iPad Pro feel far more like a laptop replacement, but it does so by adding a lot of bulk and weight to the equation.

If you want to keep your iPad Pro svelte then this keyboard probably isn’t for you. 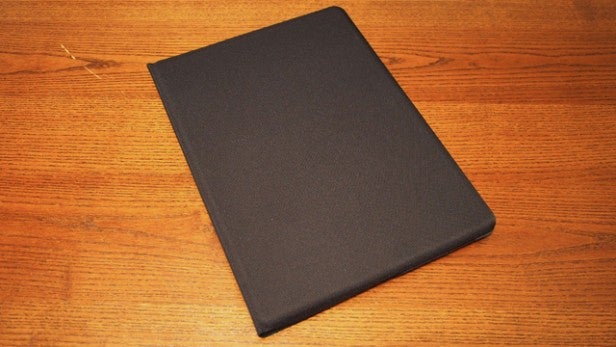 The iPad Pro clips into the CREATE keyboard with a firm press into the back cover. This securely wedges it into the case, but means that a little effort will be required to remove it. Although it isn’t difficult to remove, if you intend to use a keyboard on rare occasions then you may prefer Apple’s Smart Keyboard that attaches using magnets. 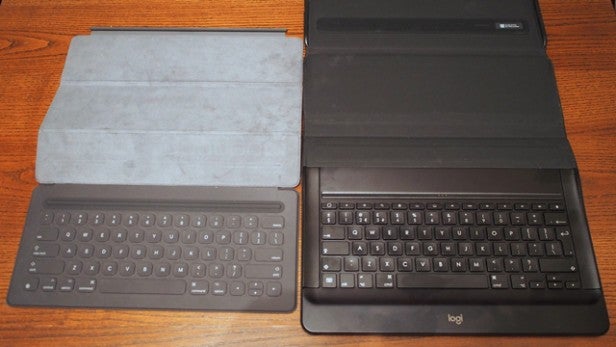 Apple’s Smart Keyboard on the left

Setting up a keyboard with the iPad Pro really couldn’t be simpler. 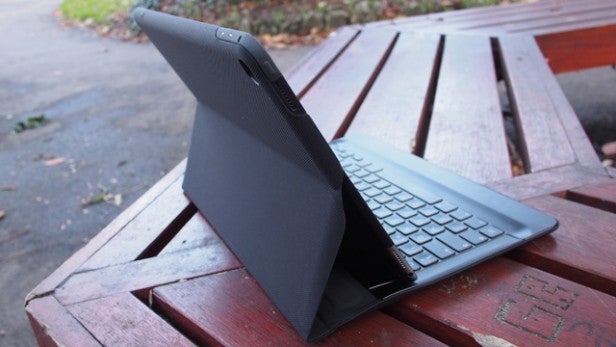 Made predominantly of hard plastic, the outside has a tough fabric cover that provides both grip and protection. The fabric happily resists spills too. The iPad Pro feels well protected in this case, and the screen remains at a good, upright, angle – although there are no options to change this if you prefer a more laid-back display.

The one downside, when compared to the Apple Smart Keyboard, is that the ridges and gaps present where fabric meets plastic and around the keys attract plenty of dirt. Also, like Apple’s keyboard, there’s no storage option for the Apple Pencil. 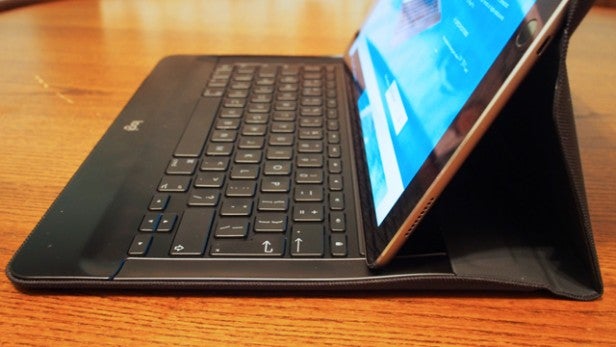 With the iPad Pro locked in, the base offers a solid foundation for typing on a table or on a lap. On the flipside, the CREATE keyboard is heavy at 725g, almost doubling the weight of the iPad. With the keyboard attached, the iPad Pro is almost 2cm thick, which is much thicker than the 6.9mm of the iPad Pro on its own.

I’m happy to report that I’ve used the CREATE keyboard to write a number of articles and I haven’t missed my laptop one jot. The full-sized keys mean that typing never feels cramped. They also provide a decent amount of travel and there’s enough space between them for mistakes to be minimal.

In fact, I as accurate typing on the CREATE as I am using a full-sized desktop keyboard. Also, a shelf for your palms at the bottom edge helps you type for hours on the go without becoming too tired, too.

Being backlit is a bonus, but this affects the iPad Pro’s battery life, since that’s what powers it. I’ve noticed that the battery bar reduces far more quickly when using the Logitech keyboard compared to Apple’s counterpart. It does automatically turn off the light to minimise this impact when not in use, or you can achieve this via special keys.

It’s this row of special keys along the top edge that makes the Logitech CREATE keyboard so much more useful than Apple’s Smart Keyboard. They offer a bunch of iOS 9 shortcuts to settings such as brightness, volume and play/pause, for music and video. It means you don’t have to touch the screen anywhere near as often.

The CREATE keyboard also comes in three colours: black, white and grey, and a range of languages. 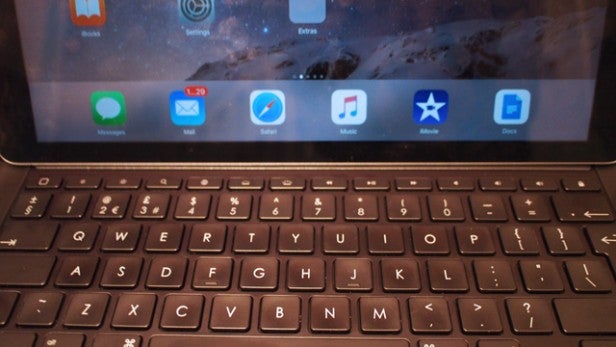 Should I buy the Logitech CREATE backlit keyboard?

The CREATE keyboard is currently the best partner to the iPad Pro, especially if you type regularly and for longer periods.

If you intend to type only occasionally then the thinner and lighter Smart Keyboard might be the better option, but note that it’s significantly more expensive than the CREATE and doesn’t protect the back of your expensive, new iPad Pro.

It may be big and heavy, but the Logitech CREATE keyboard is the perfect partner for the iPad Pro.