Whatever your personal preference regarding active or passive 3D, there’s no denying that it’s the passive technology that’s making 3D mainstream.

The main reason for this is, of course, price. This is not a particularly sophisticated reason, we’ll grant you. But the history of AV is littered with examples of technology ‘wars’ that have been won by the cheapest rather than the supposedly ‘best quality’ option.

With this in mind, the latest 3D sets to hit the UK from in-house Dixons brand, Logik, have the potential to be very important. Because, amazingly, the two Logik passive 3D series (one CCFL-lit and one edge LED-lit) start at under £400. And even the 42in edge LED L423ED11 we’re looking at here costs under £600, despite coming (at the time of writing) with an unprecedented 10 free pairs of passive 3D glasses and a free 3D Blu-ray player from Philips. Crazy. 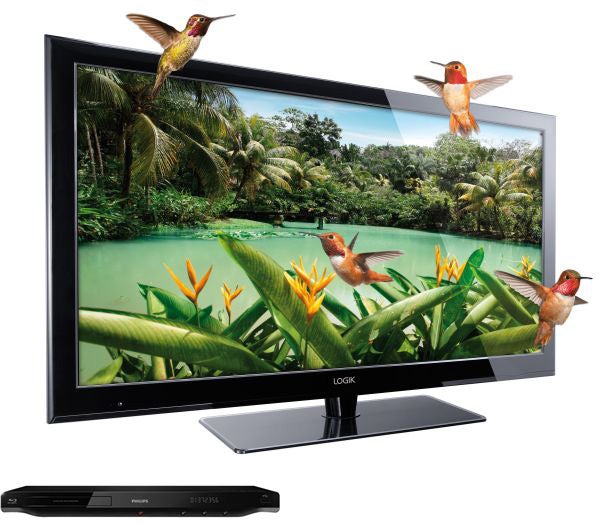 So cheap are Logik’s new 3D ranges, in fact, that it’s tempting to assume they must be rubbish. An assumption which it thus falls to this review to confirm or refute.

Aesthetically the L423ED11 gets the job done without delivering any originality or thrills. Its black bezel is suitably glossy but old-fashionedly wide. Its stand is robust, but bland. And although the set’s chassis feels more robust than expected, the finish looks rather plasticky.

The L423ED11’s edge-facing connections are in some ways better than expected, in that they include three v1.4 HDMIs (one down the side), a D-Sub PC input and even a USB port capable of playing video, photo and music formats. Its format support is surprisingly expansive, too, with MPEG1/2/MPEG4/DivX/H.264 video, JPEG/BMP/PNG photo and MP3/WMA/AAC/AC3 music files all on the ‘can do’ roster. 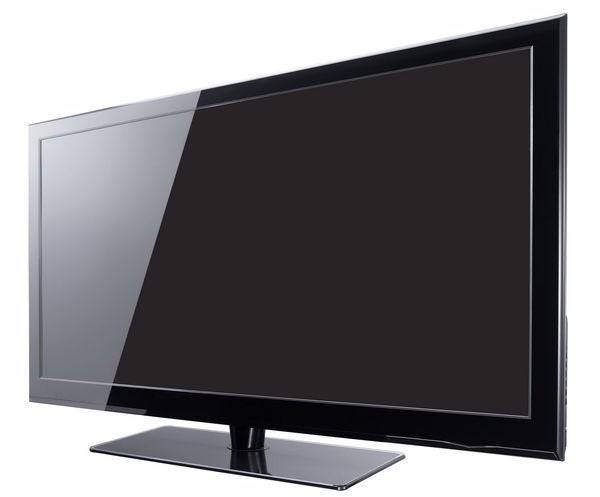 There is one obvious shortcoming of the L423ED11’s connections, though: no LAN port. So there’s no way of streaming files in from a networked PC and no way of accessing online features.

This is probably fair enough on a TV as cheap as this one. However, not having a LAN also reveals that the L423ED11 doesn’t have a Freeview HD tuner. Instead you just get a standard definition one. This is much harder to take – especially on a 42in TV – than any missing DLNA compatibility or Smart TV functionality. Only you can decide if getting 3D on the cheap is more important to you than having easy access to HD services.

Trying to explore the L423ED11’s features turns out to be a punishing task, on account of one of the most horrible remotes we’ve ever wrestled with. Its layout isn’t bad – in fact, putting a trio of Menu, Help and 3D buttons on their own at the top shows someone somewhere is at least thinking about things. The problems are that the remote’s buttons feel squidgy and unpleasant and that even with new batteries in, getting the remote to talk to the TV is a nightmare. We spent so long moving the remote up and down and changing its angle to try and get it to work that by the end we felt like we’d just finished a three-hour Nintendo Wii tennis session.

If it hadn’t been for the soothing tub of M&S Caramel Crispy Mini Bites we had sat next to us while testing the TV, the remote might very likely have ended up embedded in the L423ED11’s screen.

Once you do manage to get the L423ED11 to cough up its onscreen menus, the first thing that hits you is how basic they are to look at. But the set’s inevitably fairly minimal feature list proves pretty easy to access – so long as the remote’s playing ball.

Among the few interesting features on offer are a quartet of picture presets (including an adjustable ‘personal’ one), a noise reduction system, a pixel for pixel HD picture mode and, surprisingly for the L423ED11’s money, a 2D to 3D conversion option. 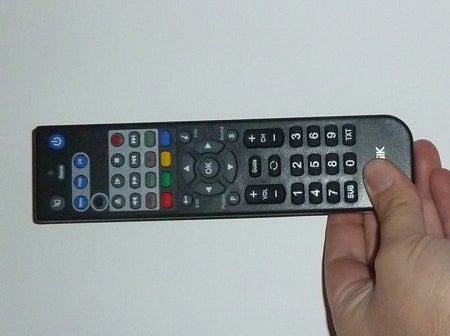 Settling down to see what the L423ED11 can do, its budget nature is in some ways immediately obvious. But it’s also clear that the flaws aren’t severe enough to make the TV unpleasant to watch – so long as, at least, you know what you’re getting.

Let’s get the bad news out of the way first. For starters, watching such colour-loaded material as Sky News, for instance, reveals some quite obvious imbalances in the set’s colour palette, as startlingly vivid and not especially accurate reds appear right alongside some slightly pasty skin tones. The effect is particularly troubling where female presenters are wearing red lipstick, making their lips look almost like separate entities to the rest of them. A fetishist’s dream come true, perhaps, but not exactly what an AV enthusiast would want to see. 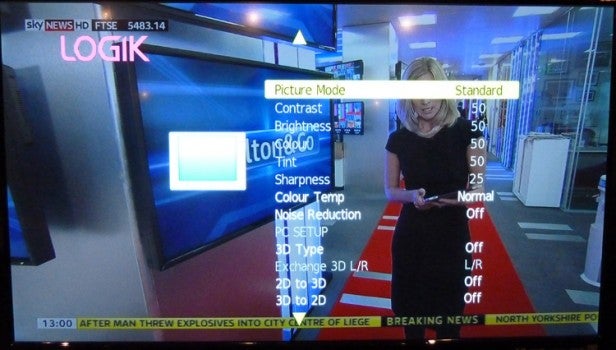 There are also some problems with dark colours, which tend to be over-saturated with red or blue, and also lose tonal subtleties, leaving them looking one-dimensional and plasticky. Finally, where colour problems are concerned, the set’s rather average standard definition scaling finds the colour palette becoming ‘crushed’ and over-wrought with all but the highest quality standard def sources.

The other entirely predictable area of weakness for the L423ED11 concerns its black level response. For dark scenes on the set have an obvious bluish-greyness tinge to them, as the set fails to control its backlighting well enough to allow it to produce a believable black colour.

What’s more, if you do attempt to get a convincing black out of the L423ED11 by taking loads of brightness out of the picture, almost all shadow disappears into oblivion, leaving dark picture sections looking like empty black holes. 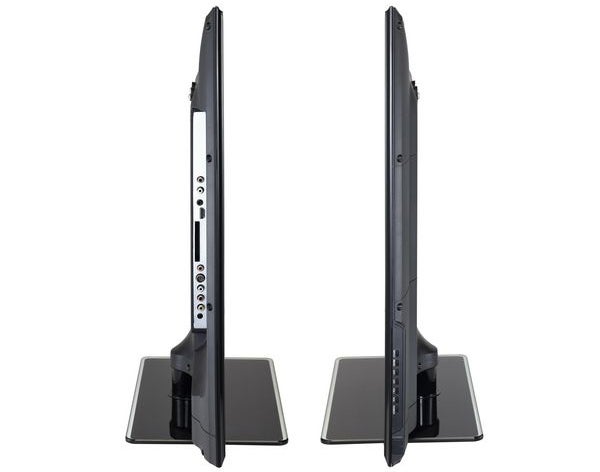 In fact, so severe is this shadow detail issue that we found we had to push the set’s brightness UP from its ’50’ default setting rather than down, so that while ‘blacks’ looked even less black, at least dark scenes appeared to have some sort of depth and realism.

Another problem raised by the L423ED11’s presentation of dark scenes is the edge-LED nemesis of backlight consistency. There are three or four areas of the picture that look clearly brighter than the rest of the screen during dark scenes – and as ever, this can be distracting.

We said earlier that despite the significant flaws just detailed, the L423ED11 isn’t a total washout. For instance, although colours aren’t always accurate, they are impressively dynamic and punchy for such an affordable TV, combining with an unexpectedly intense brightness output to ensure images are driven out of the screen and into your eye-balls with likable aggression.

As well as helping the set look unexpectedly engaging with bright, colourful content – especially animation – the intensity of the brightness and colours also goes a good way towards fooling your eyes into ignoring some of the set’s contrast shortcomings during shots/scenes that combine a mix of bright and dark content.

The L423ED11 is commendably sharp when showing HD, too, especially if you remember to select the dot for dot aspect ratio option. Edges look crisp, textures look fulsome and credible, and perhaps most surprisingly, the amount of resolution on show doesn’t plummet horribly when there’s movement in the image – despite the L423ED11 being so cheap and apparently not having any heavy-duty motion processing.

There is a little judder at times, especially when watching 24p Blu-rays. But this is categorically not as distracting as the blurring seen with so many budget (and even one or two not-so-budget) LCD TVs. 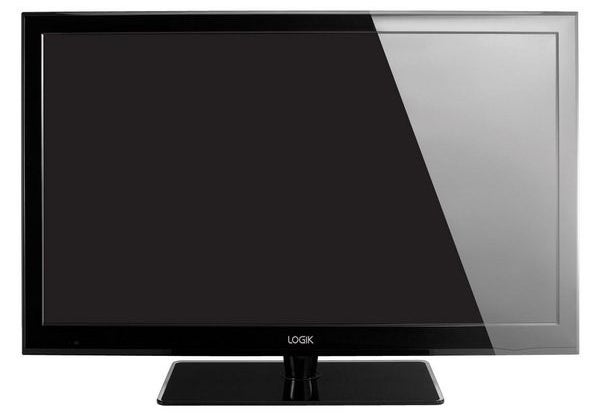 And then, of course, there are the L423ED11’s 3D capabilities, which are capable of being very enjoyable indeed. The set’s innate brightness ensures 3D images still have plenty of vim and vigour despite the slight reduction in brightness introduced by the comfortably lightweight glasses, at the same time that this slight dimming ‘hides’ the set’s black level difficulties.

We could see more crosstalk around than we’ve seen with most other passive 3D TVs, it must be said. But crucially it’s also much less of a problem than it is on most active 3D TVs. Add to the above positives a decent sense of depth and none of the flickering you can see with active 3D, and you’ve got yet another very watchable passive 3D image – with a few caveats…

First, you need to make sure that your head is pretty much level with the TV. For if you’re as little as 10 degrees above or below the screen, the crosstalk levels go through the roof.

Actually, this fact together with the way contrast levels plummet if you watch from more than around 30 degrees down each of the TV’s sides makes us wonder if the inclusion of 10 pairs of 3D glasses isn’t optimistic, as it’s hard to imagine all 10 potential viewers being able to get themselves into a position where the set’s viewing angle problems aren’t in play.

The L423ED11’s 3D images are also clearly affected by the slight horizontal line structure issue – especially around small contoured edges – noticed on almost all other passive 3D TVs, which gives them a slightly ‘rougher’, softer look than you see with the best active 3D pictures. 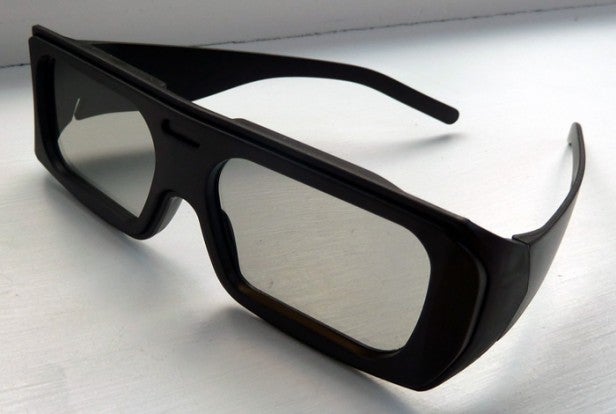 Overall, though, provided you can work with the viewing angle limitations, we have no doubt that the financial and practical benefits of the L423ED11’s passive 3D approach will appeal to a heck of a lot of cash-strapped punters out there.

The L423ED11 also has potential appeal as a gaming monitor – so it’s good to see it only turning around 39ms of input lag. However, its troubles with dark scenes definitely prove troublesome with some scenes in our favourite FPS titles.

Wrapping up with the L423ED11’s sound, the 2x8W from the speakers delivers a mid-range that’s just – though only just – open enough to handle vocals without distorting, and there’s an acceptable amount of dynamic range. Things become over-dense and harsh at high volumes or during dense soundtrack moments, but overall the L423ED11’s audio is bearable. And that’s perfectly acceptable given the set’s price.

Verdict
When you’re watching bright, colourful, ideally HD footage, there’s startlingly little evidence of the L423ED11’s budget nature. And while its 3D pictures are a touch ‘rough and ready’ compared with the TV industry’s 3D heroes, they’re still eminently watchable, so long as you can work with some fairly extreme viewing angle limitations.

The problems come with dark scenes, which look washed out, short of detail, and unnaturally coloured. But we suspect that, for better or worse, the L423ED11‘s hugely appealing price will be more than tempting enough to persuade plenty of people to overlook the set’s ‘foibles’.