It’s funny how things work out sometimes. One minute you can be working on one of the AV world’s most premium products – such as the recently reviewed Sim2 Nero 3D-1 projector – and the next you can find yourself faced with one of the season’s biggest potential bargains, such as the Logik L323CD11 we’re looking at here.

The L323CD11’s proposition to the AV world is brazen, but likely to be no less popular for that. Quite simply, at just £379, it’s the cheapest 3D TV available in the UK. In fact, it’s so cheap for a 3D-capable 32in TV that it essentially establishes 3D as a ‘commodity’ for all rather than an enthusiast’s luxury. Especially as, incredibly, the L323CD11 ships with 10 pairs of 3D glassed included free.

This extreme glasses generosity is only possible, of course, because the L323CD11 uses LG’s ‘passive’ on-screen filter technology to deliver its 3D thrills. If it was an active 3D TV, getting 10 pairs of glasses could cost you anywhere between £600 and £1000! In other words, the Logik L323CD11 is in some ways the most blatant example yet of passive 3D’s significant financial and multiple-viewer advantages. Whether it does passive 3D’s reputation any favours on the picture quality front, though, remains to be seen. 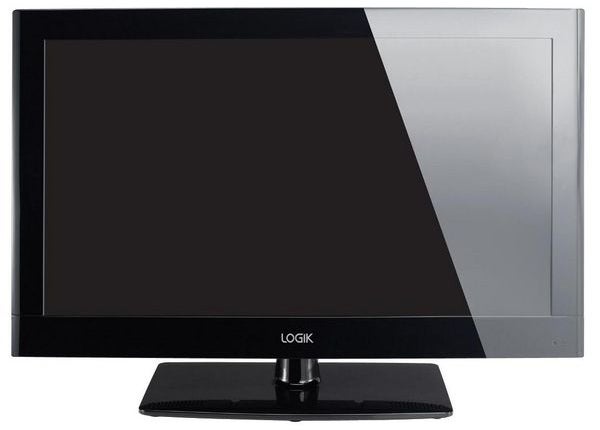 The L323CD11 rather looks its money, aesthetically. Its bezel is unusually wide by today’s standards, and it’s rear end sticks out a country mile – a classic indication that the TV is using old-school CCFL lighting rather than the LED lighting systems now preferred by so many TVs.

The L323CD11’s connections are in some ways slightly better than you might expect. There are three HDMIs, for instance, capable of receiving 3D signals from suitable Blu-ray sources or a Sky HD box. Plus there’s a D-Sub PC port allowing the screen to double up as a computer monitor, as well as a single USB port capable of playing music, video and photo files.

To be fair, we wouldn’t by any means expect to find a Freeview HD tuner inside a ‘normal’ sub-£400 32in TV. But it still feels somehow odd to find technology as cutting edge as 3D playback on the L323CD11, but no Freeview HD tuner. 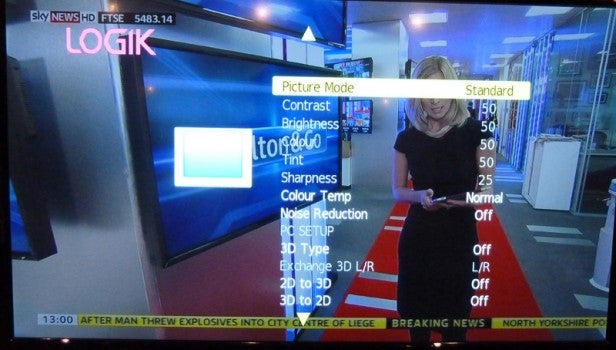 Obviously not having a LAN or integrated wi-fi also scuppers any hopes of Logik’s budget set supporting either Smart TV online features or file streaming from your PC. But really, hoping for such treats from such a cheap TV just wouldn’t be remotely realistic when that TV’s already set a new value standard by carrying passive 3D for peanuts.

The L323CD11’s lack of features beyond the passive 3D system continues into its onscreen menus, which are strikingly simplistic to look at and only really carry the bog-standard basics you’d expect to find on any TV.

Mind you, given that trying to get the remote to ‘talk’ to the TV is an absolute nightmare, it’s frankly just as well there aren’t too many reasons to have to delve into the menus.

One last potentially important spec to run by you is the fact that the L323CD11’s screen is only a 1,366×768 ‘HD Ready’ affair, rather than the full HD set up we might have expected on a passive 3D TV.

Kicking off our tests with the L323CD11’s all-important 3D capabilities, they’re… OK, actually. Certainly they’re good enough to confirm what we’d already pretty much decided: that when it comes to delivering effective 3D on a budget, the passive approach seems to work better than the active one. The main reason for this is that there’s hardly any crosstalk with passive 3D pictures, and not having your eyes constantly attempting to resolve crosstalk’s double ghosting flaw immediately makes watching the L323CD11 in 3D mode a relatively relaxing experience.

It must be said that the L323CD11’s pictures aren’t free of crosstalk, by any means. It occasionally crops up in a subtle way during difficult 3D sequences, and it spirals out of control if your viewing position finds your head more than 12-15 degrees above or below the L323CD11’s screen. But provided you avoid the vertical angle problem, there’s no doubt that the L323CD11‘s crosstalk is far less common than it is on most active 3D TVs – especially budget ones. 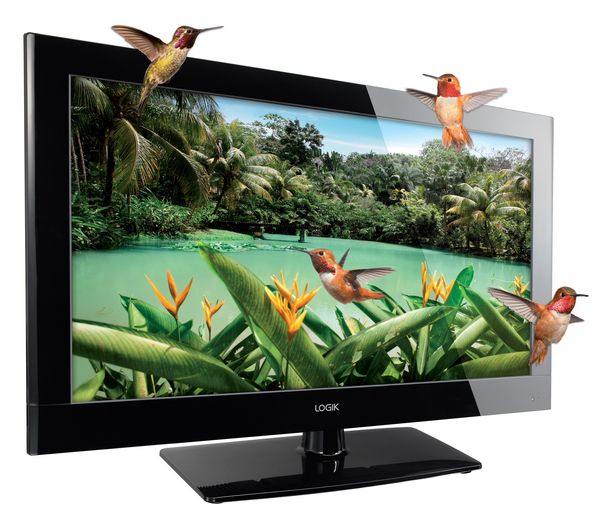 The L323CD11 also suffers with no flickering in 3D mode due to its passive glasses not requiring any ‘shuttering’ to deliver their 3D effect. A fact which also means again that there’s less reason for your eyes to become fatigued.

However, the L323CD11’s cheapness also lays bare passive 3D’s flaws more than we’ve tended to see on, say, LG’s LW550 and LW650T passive 3D TVs. For instance, it’s surprisingly easy even on a screen as small as 32in to see the physical structure of the passive 3D filter in the shape of horizontal lines that are especially visible over small, bright objects, over bright contoured edges, or where curves start to flatten out.

This, together with a slightly softer overall look to HD 3D sources than you would see on the best active 3D TVs, means that the L323CD11’s 3D images have a somewhat rough look to them overall. Though we suspect this won’t bother likely purchasers too much given how cheaply they’ve been able to get their hands on a 3D experience for themselves, their family, and mostly likely a few mates too (given the inclusion of 10 pairs of glasses).

What certainly should bother everyone, though, is the L323CD11’s 2D performance. For with dark scenes, at least, this TV substandard. 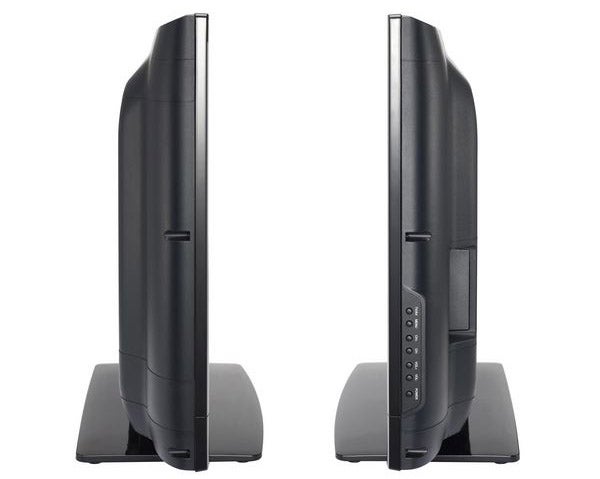 The dark scenes problem is a familiar one with budget screens; parts of the picture that should look black instead looking distractingly grey thanks to the screen’s inability to control its single light source astutely enough to produce a true black colour. In fact, so far as we can tell the L323CD11 doesn’t even have a dynamic contrast system, whereby the TV continually assesses the contrast requirement of the images being shown and automatically adjust its light output accordingly.

From this, it’s no surprise at all to discover that Logik quotes a contrast ratio of just 1000:1 for the L323CD11 – a figure that looks almost derisory versus the many hundreds of thousands and even millions to one now optimistically thrown about by most other TVs.

Making the L323CD11’s already very unsatisfying attempts to produce a
decent black colour even worse is the appearance of some pretty obvious
areas of backlight inconsistency. This problem, where some parts of the
image look brighter than others when they’re not supposed to, is more
associated with edge LED lighting than the L323CD11’s CCFL lighting
system. But it’s there on this Logik set nonetheless.

It also has
to be said that the set’s already limited black level response drops
off dramatically if you watch the screen from an angle down the sides of
any more than 30 degrees.

Two further problems raised by the L323CD11’s below par black level response are some clearly and irreparably off-key colours during dark scenes, and an almost complete absence of shadow detailing. This results in any even remotely dark parts of the picture looking like they’re empty, flat, black holes that have been ripped out of the rest of the picture.

Another issue with the L323CD11 is that it’s upscaling engine isn’t very special. Which means that all but the purest, most high-quality standard definition sources look distinctly soft and ‘mushy’ when converted to the screen’s HD Ready resolution, as well as suffering more colour errors.

To be fair, though, the L323CD11 is not a total 2D washout. Bright, colourful HD sources like an animated Blu-ray movie or a typical Sky News HD studio shot suddenly bring the screen to life, revealing that it is capable after all of producing good sharpness levels; bright, punchy and even quite realistic colours; and even a reasonable amount of dynamic range. 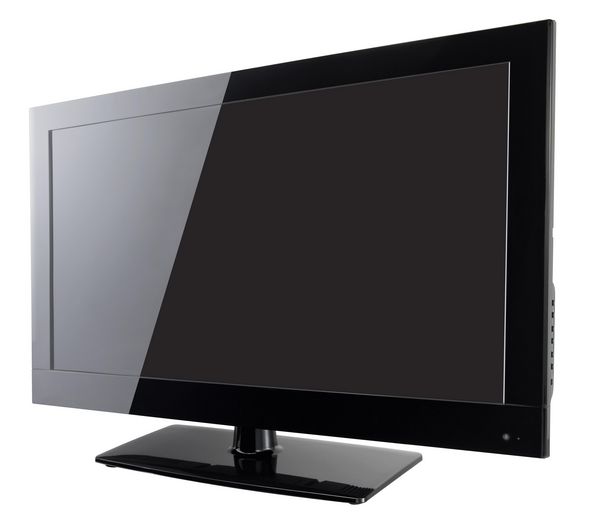 In fact, with surprisingly little motion blur around either, the L323CD11 goes from looking below average by budget TV standards during dark scenes to looking quite a bit above average with bright HD scenes.

The obvious problem with this is that nobody watches exclusively bright, colourful, HD content (especially without a Freeview HD tuner). So in effect you’re left with a TV that displeases and distracts more often that it pleases and engages.

Two final points worth a quick mention are the L323CD11’s solid, reasonably distortion-free audio performance and actually quite respectable sub-40ms input lag figure. This would have made the Logik TV a potential winner as a gaming monitor were it not for its fundamental black level problems.

Verdict
While the L323CD11 is a solid 3D performer provided you can work within its tight viewing angle limitations, its at times significant problems doing justice to 2D material just can’t be ignored given that 2D is likely to make up the vast majority of your viewing time.