I feel my use of the phrase “if you’re a regular reader of TrustedReviews then…” is becoming a tad clichéd so consider this a formal apology. So then, if you’re a regular reader of TrustedReviews you’ll know two things: fist off, that one of the biggest recommendations with TVs is that you stump up for a dedicated sound system and that I happen to own a PS3. Those two details may sound unrelated but actually for the purposes of this review they are rather pertinent because the Logic3 SoundStation3 speaker system happens to be a dedicated speaker set intended for use with the PlayStation 3.


The only aspect that really harks to this intended symbiosis is the styling of the SoundStation3, which shares a similar slightly curved form and, of course, a glossy piano black finish. Obviously this design would actually fit in with just about every HDTV we’ve reviewed in the last three years, but if you think your friends will be impressed by you harking on about how the ergonomic characteristics of your speakers seamlessly blending with the modern styling of the console then you’ll find plenty of material here. 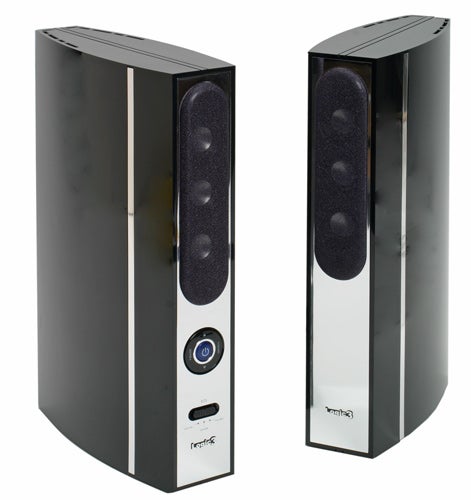 However, while some may consider a shiny black finish all that is required to call something aesthetically pleasing I don’t, and in other areas the SoundStation3 is rather lacking. A small niggle is the placement of the grilles on the sides of the speakers; having the holes central vertically as well as horizontally would have looked more elegant I feel. Further to this, while the side casing does look good in the aforementioned piano black the front-plate is a bit of a disappointment. The right speaker fares better than its counterpart as the later has some rather hideous looking controls and a power button that looks like Maplin bargain bin fodder. In addition to that both speakers have their three drivers placed in the top half of the casing giving an uneven look. The best comparison in terms of price we’ve seen in the office are the Creative Gigaworks T40s and in that sense it’s rather like comparing apples and oranges; the design of the T40s is just in a different league – although they are admittedly £20 dearer. 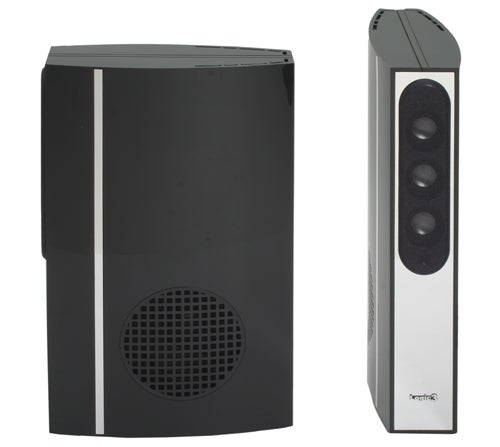 Leaving the looks aside then, we can move on to features and performance and in that respect the SoundStation3 is an improvement on my expectations, which as I usually use a ‘proper’ 5.1-channel speaker setup (admittedly circa 2001) are quite high. Opening the box you’ll find a fairly large selection of cables connectors one of which includes a rather clever pass through connector, which plugs into the analogue video/sound output port on the console. If you’re connecting the PS3 to your TV via HDMI then this simply allows you to pass sound out without having miles of cable lying around behind the console while also passing through the video signal to those using Component or (God forbid) composite.


Connecting the phono (separate left and right) audio channels into the SoundStation3 then uses a supplied phono to auxiliary adaptor. While at a first glance it may seem like it would be easier to just connect the left and right audio connectors separately but having an aux jack means that you can also use the speakers with a CD or MP3 player, for example. The cable spanning the left and right speakers is about as long as anyone could plausibly need without leaving half a mile of wire trailing on the floor, which is good. All told the package seems to have been thought through pretty well and most people should be satisfied with what they find when they crack open the box.

Having spent a short while setting up the SoundStation3 it seems like an appropriate time to actually check out its performance. Having exhausted myself with the strenuous removal of polystyrene from a box I figured that it would be a good time to relax, chill out and chuck some light entertainment onto my PlayStation. Obviously that meant checking out a Blu-ray film of some sort and if you ask me they don’t get any more lightly entertaining than Tim Burton’s Corpse Bride. Although not anywhere near as immersive as a full 5.1-channel setup the SoundStation3 did put on a reasonable show of itself, managing to maintain a good balance between the low and mid ranges, although lacking slightly in the bass regions.


Switching over to the brilliant Casino Royale and things were very similar. Speaking subjectively one criticism I do have is that the Movie equalizer mode actually made the experience worse, but moving back to Game mode sorted that out and I’d happily concede that if I had the choice between standard TV speakers and the SoundStation3 I’d chose the later every time. 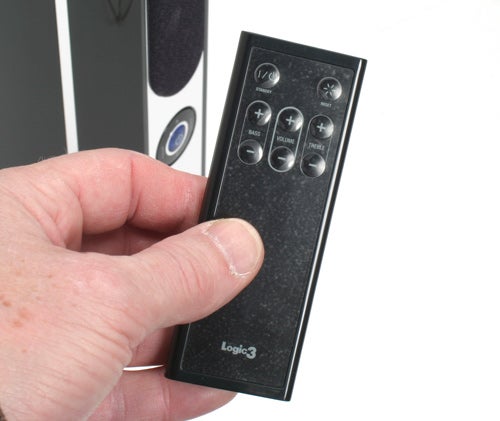 After getting my adrenaline going admiring Daniel Craig’s manliness and Eva Green’s… um… Eva Green-ness, I decided it was time to switch over to some music. To help with this area of testing I enlisted the assistance first of Kelly Clarkson’s debut Breakaway. Playing the balladic titular track highlighted to me that those wanting to listen to vocally biased music may want to look elsewhere, as the SoundStation3 doesn’t offer quite the level of audio clarity required for such material. However, switching to some more rocky fare, in the works of a little known (and unsigned band) named Star Scream I found the speakers were a lot less disappointing. The bass heavy track Death Shower Scene (which you can listen to on the band’s website) for example, managed to hold up fairly well(although definitely not bettering them I might add) in comparison to the Shure SE420s on which I usually enjoy my music – as one would expect from a much larger speaker set.


Lastly I switched over to Paramore’s Riot! which boats a fantastic combination of punk rock-esque music and the brilliant voice of lead singer Hayley Williams. Pleasingly the SoundStation3 again managed to meet my expectations. I would also note that the playback of the same MP3 file using the PlayStation 3 was definitely preferable using my iPhone, so bear in mind that you’ll want a reasonably high powered input source to get the most out of these speakers.


Comparing again to the Gigaworks T40s I’d still have to say that the Creative speakers have the advantage when it comes to clarity, while the Logic3s take the crown if you’re after something with a bit more kick in the bass regions, thanks to the dedicated subs. For the best results, I’d recommend using the treble and bass adjustments on the remote rather than relying on the reset equalizer setting. In fact without this ability the sound quality score above would almost certainly be a seven rather than an eight. 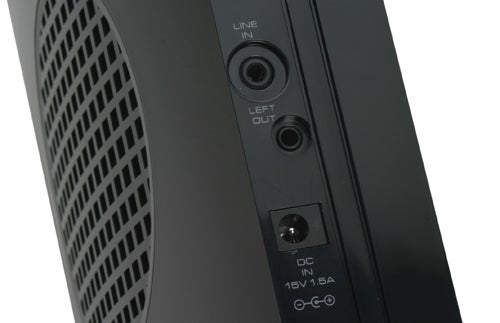 Last of all in my testing run, I figured it was about time I got myself another fix of Drakes Fortune and Ratchet and Clank, which, in case I still haven’t enforced my opinion enough in other articles, are far and away the best games available to play on Sony’s much-maligned console. Both these titles were accompanied by pleasing audio quality, and I found myself enjoying the hilarious Groovatron weapon in Ratchet and Clank all the more for the enhanced audio over a standard set of TV speakers. Uncharted, meanwhile, became far more immersive with grenade explosions and gunfire nicely distinguishable from the (surprisingly good) voice acting, and great music.


Ultimately the intended audience of the SoundStation3, which I figure as being semi-casual users looking to improve on the performance of their TV speakers without whishing to invest in an expensive ‘decent’ setup, won’t be disappointed by the Logic3s and for the price they don’t really have the right to expect anything better.


All things considered the Logic3 SoundStation3 offer a consistently above average level of performance only let down by the dubiously stylish design, which I feel is very much a love it or hate it affair. Yes in some situations something like the Gigaworks T40s will sound better, but they’re also about £20 more expensive. Thus, for the £60 asking price I don’t think the SoundStation3 is a bad investment for PS3 owners looking to get that little bit more than TV speakers can provide, just don’t expect earth-shattering results.