Still we can forgive a lot if the FS1 lives up to its principle role as a high class speaker and on the specifications front things are reasonably promising. The claimed total power output of 120W RMS, while often a misleading figure, indicates it is within the same ballpark as its premium rivals as does a frequency response of 20-22,000Hz. The 2.1 speaker arrangement is also welcome given the increasing prevalence of 2.0 docks and Logic3 has employed Advanced DSP (digital signal processing) to give the whole system a kick. 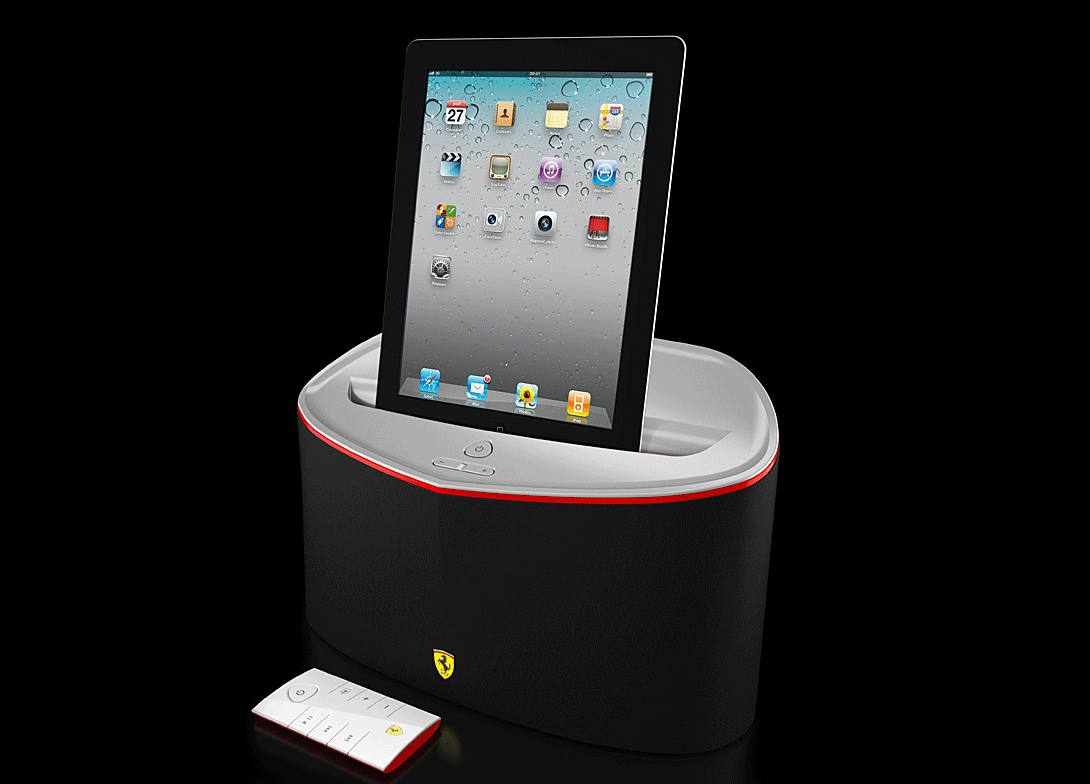 In real terms all these elements come together reasonably well. At its default setting the FS1 is far too bass heavy and notably tracks with particularly low frequencies can cause the casing to vibrate. Thankfully this can be adjusted by the Ferrari app (which can also control playback and play various Ferrari engines starting up/driving by), but it is currently limited to iOS only.

With the bass corrected the FS1 delivers a fairly satisfying sound signature. There are plenty of nice lows and good midrange though the higher frequencies are rounded which takes off some of the detail in more intricate tracks. No it isn’t a rival for the best of class speakers and docks such as the aforementioned Monitor Audio i-deck 200, Zeppelin Air, Arcam rCube and Audyssey South of Market but it is pleasant, particularly in isolation. 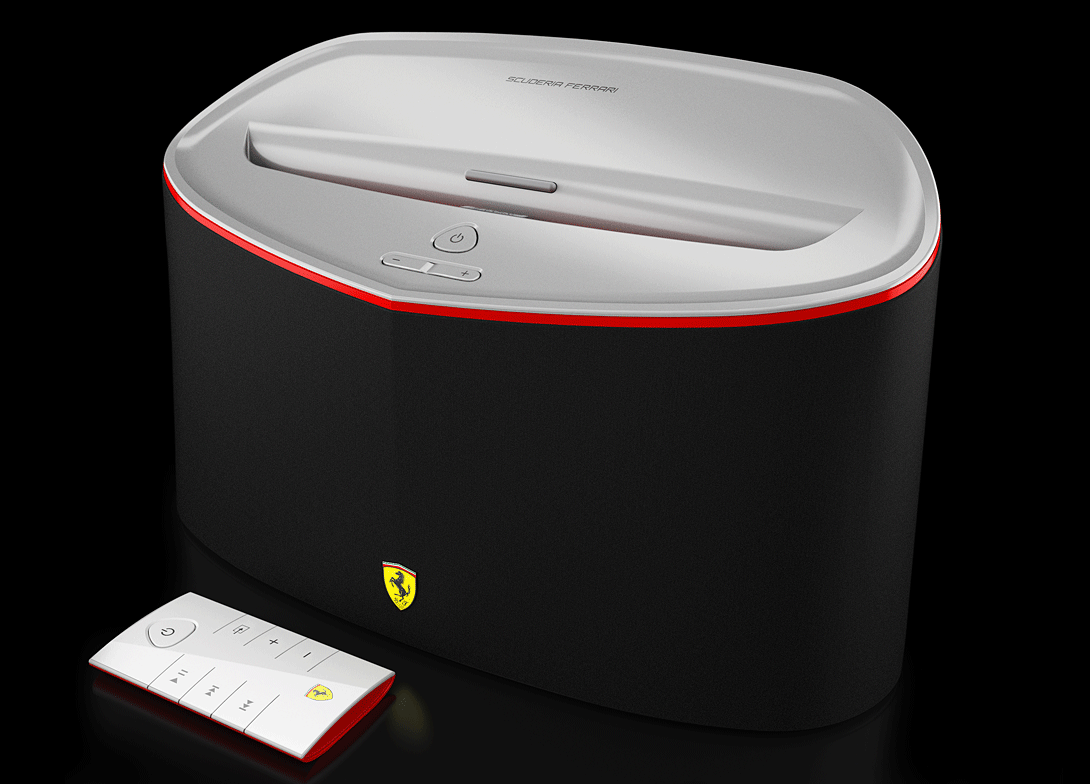 Instead where we have complaints are the volume and wireless streaming. With the former the FS1 simply isn’t loud enough. It may boast a significant number of watts, but in real terms it is easily drowned out by all the docks in the last paragraph by the time they are at even 70 per cent volume. The FS1 is fine for personal usage, but don’t expect it to energise a party. As for Bluetooth, it works fine and is ubiquitous but the FS1 lacks support for the excellent aptX codec so quality is nowhere near as high as when wired or docked and quite frankly for this price we’d have expected some form of lossless streaming.

Which brings us to value. We said the Ferrari moniker always carries a premium and with the FS1 retailing for £399 (inexplicably for £508 in the official Ferrari store) that is true here. The Scuderia FS1 does have an AirPlay variant (in an entirely black finish – below) but that is £499 while costing a ludicrous £635 when purchased at the Ferrari store. 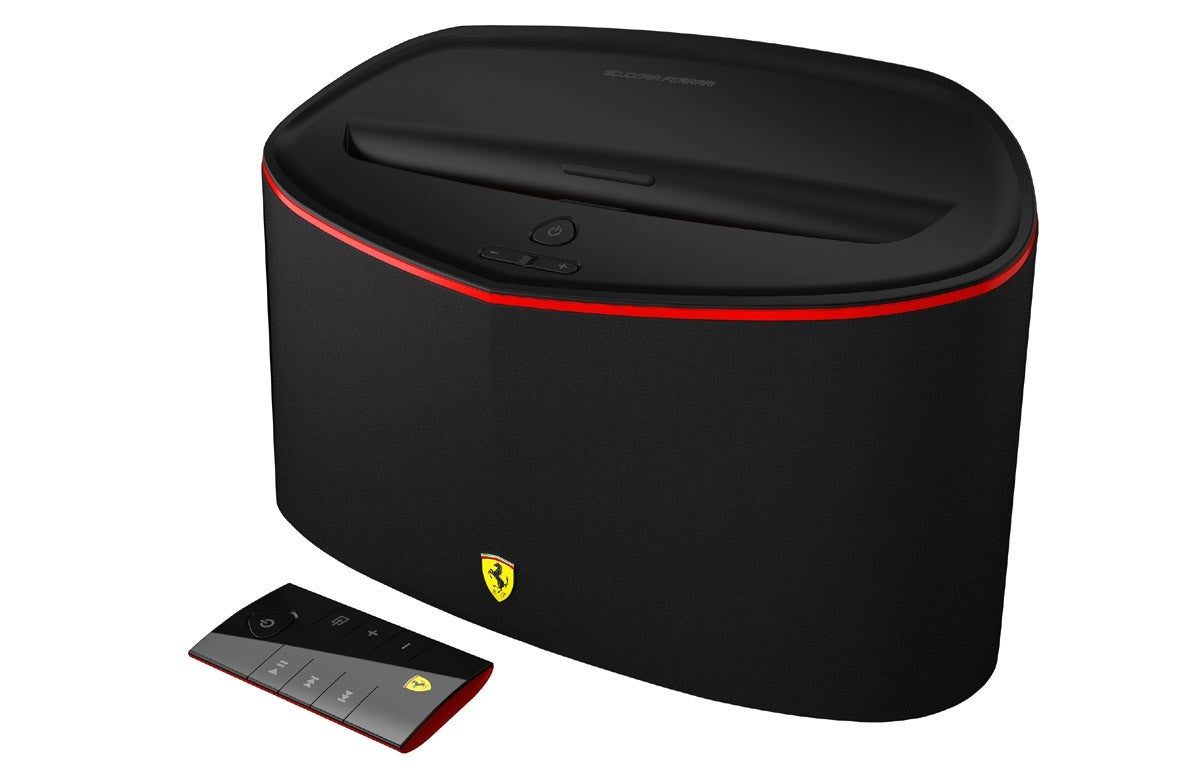 Consequently it is no surprise to say when compared to its rivals purely in terms of value for money the FS1 is a long way off the pace. Had the Bluetooth equipped FS1 come in at £299 and the AirPlay variant at £349 we would be more impressed, but even then both the rCube and i-deck 200 would come out on top. Then again it is arguably unfair to judge the FS1 by these rules: it is a designer product, the brand is forefront and the premium is expected. From this perspective the FS1 isn’t a bad product and certainly not exploitative, but we’d argue your money would be better spent elsewhere and the savings made put towards a Ferrari track day.

Aside from the badge it is hard to see where the Ferrari inspiration really shines through the FS1. The design is bland, the build quality mediocre and it carries a substantial price tag. On the flip side audio performance is reasonable, if not overly loud, it is fairly compact, the remote is tasteful and for those unable to focus on anything but the Ferrari badge it will prove an enjoyable purchase. If you can free yourself of the Ferrari trappings, however, your money is better spent elsewhere.