Many will claim Dr Dre to be the influence behind the raft of celebrity and brand endorsements in technology in recent years, but Ferrari is not amongst them. The Italian supercar maker has been endorsing gadgets since the time Dre still produced albums so its continued collaboration with Logic3’s audio products should come as no surprise. Instead the focus is on whether the Ferrari by Logic3 Scuderia FS1 is worth the significant premium the Ferrari brand inevitably brings… 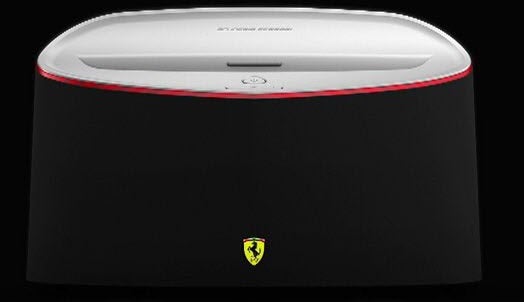 Out of the box the first thing to say is it doesn’t look like a Ferrari. Obviously I don’t meant this literally, but rather in terms of wow factor; it cannot be denied that the FS1 is surprisingly low key, certainly when compared to the like of the Merdian F80. From the front the curved design doesn’t have any of the radical styling we have seen from the likes of the NAD VISO 1, B&W Zeppelin Air or Ceratec CeraAIR Two and it doesn’t court controversy like the Monitor Audio i-deck 200 or Libratone Live.

Instead it’s the rear where we find the anticipated Ferrari bling. But striking though the white and red with silver ‘exhausts’ look is, it is still relatively low key and is of course hidden when in normal use.

The overall shape is a practical and compact one with dimensions of 320 x 140 x
200mm and reasusrringly hefty weight of 3Kg. Meanwhile its rounded front packs in 2x 30W 2in drivers and those silver vents on the back are outlets for the rear facing 60W sub woofer. 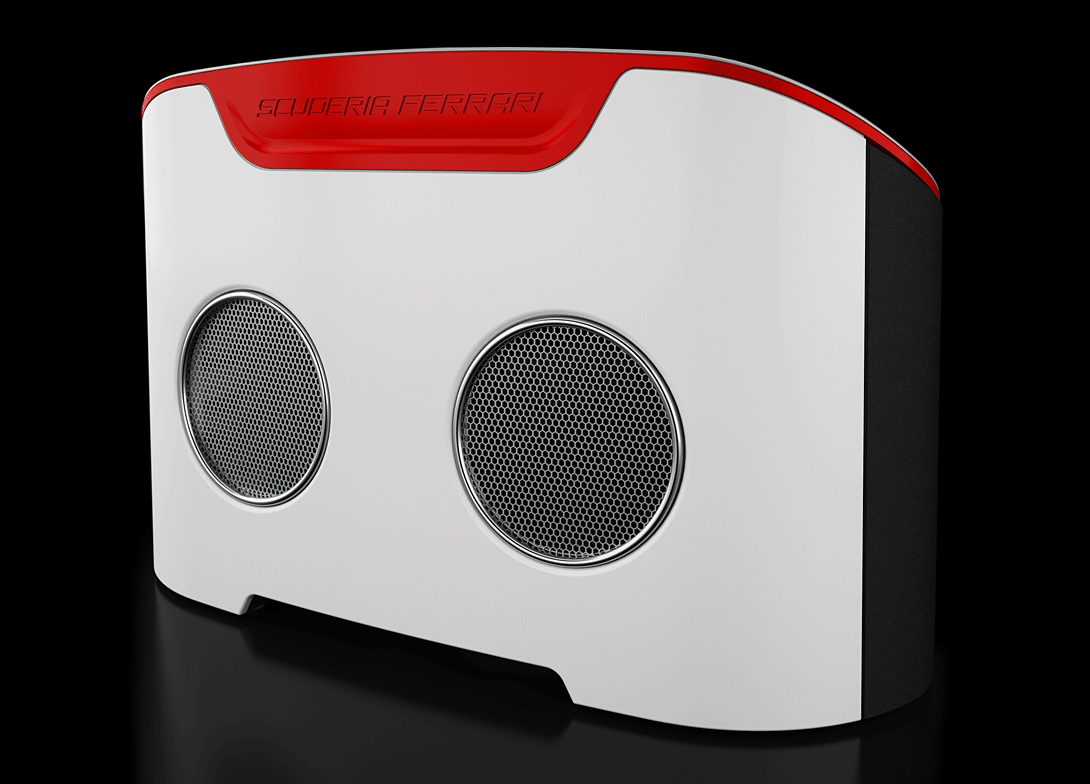 The Scuderia FS1 isn’t exactly brimming with features but instead takes a focussed approach. Connectors including a 3.5mm auxiliary jack, video out for Apple devices and a USB charging port, all of which are positioned on the underside along with a downwards firing sub vent. On the top of the dock are the power and volume buttons and a mounting slot wide enough to take an iPhone or iPad.

Interestingly when it comes to plugging in your iDevice Logic3 has opted for the Apple dock connector rather than the newer Lightning connector. This could be due to unfortunate timing, but equally it illustrates the dilemma being faced by dock makers: the older standard has millions of legacy devices in the marketplace and can use an adaptor while there is no adaptor for Lightning back to the dock connector, but choosing it risks looking behind the times. As it stands there is no right or wrong answer here and it highlights why Apple is now pushing third parties to focus on wireless speakers, which incidentally this dock does have, though only in the form of Bluetooth not Airplay. 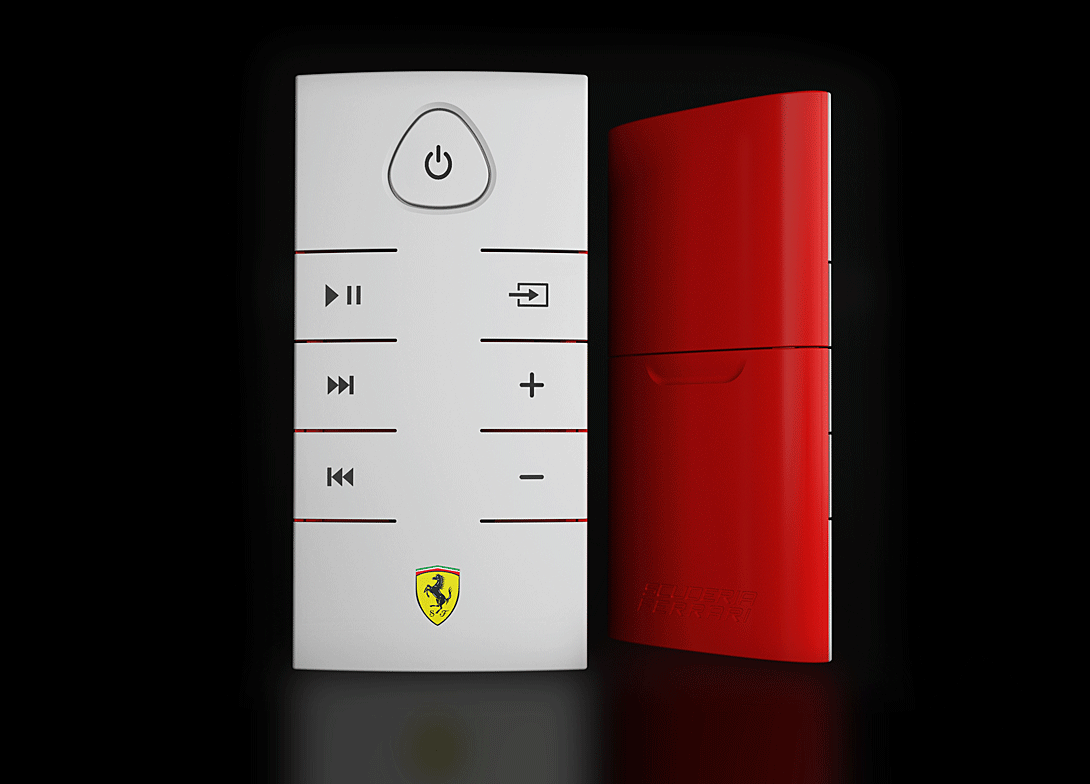 Where there is a clear case of misjudgement, however, is Logic3’s choice of build materials. The dock may not scream Ferrari in terms of design, but it also doesn’t project it in build quality either (well unless you’re thinking of the F40’s famously slimsy body). For example, the front grill hides a considerable seam running down the middle of the dock and the metallic angled top is actually plastic, as are the volume and power buttons – none of which feels premium to the touch.

We do like the remote control though and its minimalist design with daring scarlet back is a nice differentiator from the dull, black plastic remotes supplied by many. Still we can’t help thinking the care that went into this should’ve been spent on the FS1 as a whole.