The already epic scrap between LCD and plasma for the key 40-46in chunk of the flat TV market shows no sign of abating. Indeed, it looks set to actually kick up a gear in the run up to Christmas, as the key triumvirate in the plasma camp, Panasonic, Pioneer and Hitachi, are getting together to launch a new high-profile plasma charm offensive. Comprising in-store pamphlets and an ‘information’ website, the campaign isn’t exactly shy about extolling the virtues of plasma and, in fairly straight-talking terms, putting the boot into LCD.


All of which might, in an indirect way, partly explain the arrival of the Loewe Modus L 42. For, despite Loewe telling us some time ago in fairly categorical terms that it was only going to make LCD TVs from now on, the Modus L 42 is most definitely a plasma model. So maybe the continued market – and critical acclaim – for plasma TVs has persuaded the German brand to reconsider its LCD-only position. 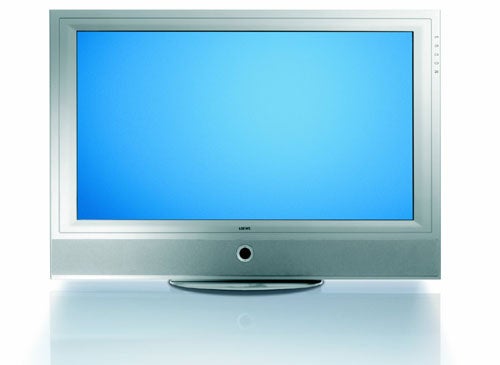 Also significant, though, could be the Modus L 42’s £2145 price point. For while this might not be especially cheap by general plasma standards – Loewe is deliberately positioned, after all, as a ‘premium brand’ – compared with Loewe’s 40in-plus LCD models, it’s a bargain. So maybe Loewe felt the need to open its doors to a slightly less well-heeled market, and plasma was the only way to do it.


So much for the hypotheticals. Let’s get down to hard facts now and report that aesthetically the Modus is… OK. Its mostly ‘platinum’-coloured suit is reasonably stylish and there are just enough curves and softening touches to give it character. But it’s certainly not up there with the truly sumptuous lookers found almost everywhere else in Loewe’s range.


Trying to hook up our AV gear to the Modus L 42 immediately uncovers a problem, as the presence of just one HDMI makes it impossible to achieve simultaneous digital connection of both our Sky HD receiver and a Panasonic Blu-ray player we’re currently lucky enough to have our hands on. This perfectly proves the point we’ve been making for a while now, that one HDMI is no longer enough for any TV with serious home cinema ambitions.

Elsewhere a component video jack completes the connectivity part of the industry’s HD Ready specification, plus you get a PC port and an also quite stingy two Scarts.

The Modus L 42 is adequately rather than impressively stocked with features. Leading these out is a built-in digital tuner, which – unlike on a few previous Loewe digital TVs – is supported by 7-day electronic programme guide capability, right down to being able to filter the listings by programme type and set up timer events for recording just by pressing ‘enter’ over a desired programme you want the TV to switch to when the time comes. 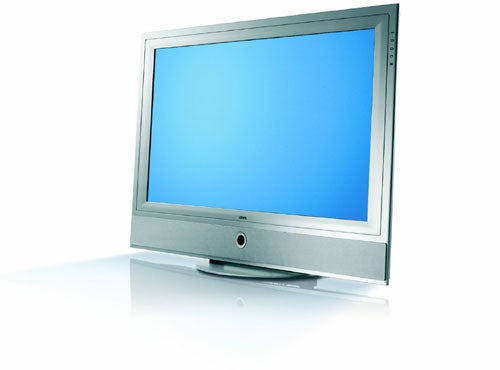 Put to work on a wide variety of HD and standard def sources, the Modus L 42’s picture performance turns out to be an unexpectedly mixed bag. Starting with the good stuff, its black levels are mostly really impressive. The uniforms of the officers in SWAT (look, don’t blame us if the only decent quality Blu-ray transfer out so far happens to be a crap movie!) appear suitably black; the blackness of space around the Nostromo in Alien seems suitably inky; and even the darkest corners of, say, Splinter Cell: Double Agent from our Xbox 360 are easy to see your way through – something that can be said of precious few LCD TVs we’ve seen.


Also scoring highly on the Modus are its colours. These achieve that key combination of eye-catching vibrancy and predominantly natural tones – strengths which together mean the Modus’ colours are as adept at something bright and pure like Test Drive Unlimited on the Xbox 360 as they are with something subtle and dark like the Mines of Moria sequence in The Fellowship of The Ring.

Whenever you’ve got great black levels and mostly excellent colours, you’re always going to have a pretty watchable picture, at least where HD sources are concerned. But a number of issues stop the Modus from being the star it could, or maybe should have been.


The single biggest offender is the amount of video noise you have to contend with. The picture generally looks rather ‘alive’ thanks to dot crawl and grain, with things not being helped by the sporadic appearance of fizzing over horizontal motion – a once-common plasma problem but one which we’d really expect a company like Loewe to have dealt with by now. The same can be said, too, of the way colour blends tend to stripe on the Modus, rather than appearing as smooth gradations. 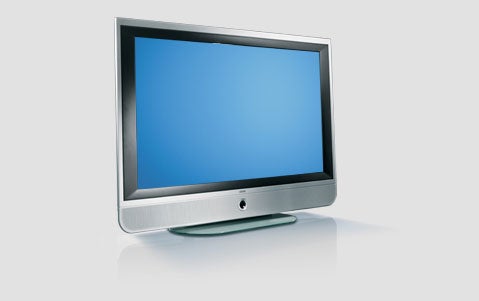 Also taking some bite out of the Modus L 42’s pictures is a shortage of greyscale subtlety that finds dark areas lacking the sort of shadow detail that helps give dark scenes a sense of depth. And finally, the bright edges within pictures sometimes look a bit rough and ready, while standard definition pictures generally feel slightly low on sharpness and fine detail.


While Loewe’s customary quality may not be particularly evident in the Modus L 42’s pictures, it certainly shines through with its audio. The set’s speakers are almost stupidly powerful, making them exceptionally adept at painting a soundstage of a truly cinematic scale packed with wonderfully deep bass lines, clear and well-rounded vocals, and outstanding amounts of treble details – all presented without distortion or harshness.


We appreciate the thought behind opening the Loewe door to a wider market with the relatively cheap Modus L 42. But in the end its surprisingly run of the mill picture, connectivity and design all conspire to make it feel rather ordinary – and as such, it doesn’t somehow seem like a proper Loewe TV.