German brand Loewe has had quite enough of today’s rampant TV price wars, thank you very much. The brand has recently announced that, like Pioneer, it’s going to consciously abandon trying to compete with the mainstream giants in favour of delivering premium products and a premium brand image with, of course, a premium price attached. Which is absolutely fine in principal; such premium brands have always existed in the hi-fi world, so why not the AV world too? The problem for Loewe is having the marketing muscle and more importantly the product quality to make Joe Public buy into the whole ‘premium’ idea.


Cue rather more pressure than usual on Loewe’s latest TV, the 37in Modus L 37. To be fair this LCD TV actually sits in the most affordable section of Loewe’s current product range, dubbed ‘Light’ by the brand’s marketeers. And so it’s not going to give us as definitive an idea of where Loewe’s premium plans might be taking it as one of the brand’s high-end TVs would. But at £1,699, it’s still hardly a bargain bucket 37in TV, so we certainly expect to see at least some signs of a real premium ethos at work. 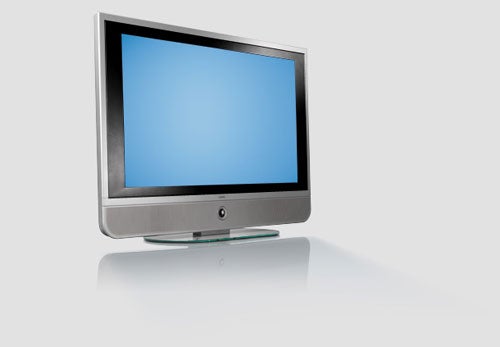 Whether this applies to the TV’s aesthetics appears to be more a matter of individual taste than usual. For while I personally found the matt black finish (of the ‘anthracite’ version we tested; platinum is also available), minimalist fascia, subtle curves and robust build quality very easy on the eye, a few other folk who saw it found it actually rather bland, especially by Loewe’s own high-fashion standards. So we guess we’ll have to leave the final decision on the Modus L 37’s aesthetics down to you.


One thing we at TrustedReviews certainly all agreed on, though, is that the TV’s connectivity is just not good enough for £1,699, for one very simple reason: it only includes one HDMI socket. We were moaning about one HDMI not being enough well over a year ago, and it’s even less acceptable now. Grr.


But hang on, isn’t Loewe pretty much unique in the AV world for offering optional upgrades to its TVs, and for adding new connection and feature chassis to existing models over time? So maybe a twin-HDMI version of the Modus L 37 is at least in the pipeline? Er, apparently not. According to Loewe one HDMI is all the Modus L 37 is ever going to get.

It doesn’t improve our mood, either, to find that the solitary HDMI doesn’t take the premium 1080p HD format, topping out at 1080i.


At least the set’s other connectivity is decent, including a PC jack, component video input for analogue HD and progressive scan video sources, a digital audio input and output, and a CI slot that indicates the presence of a digital Freeview TV tuner.


If you’re looking for justification of the Modus L 37’s price in other areas of its claimed specifications, you’ll again end up disappointed. Its native resolution is 1,366 x 768 rather than full HD, and its claimed contrast ratio is just 800:1 – nothing like as high as the figures we’re becoming accustomed to seeing with LCD TVs these days. 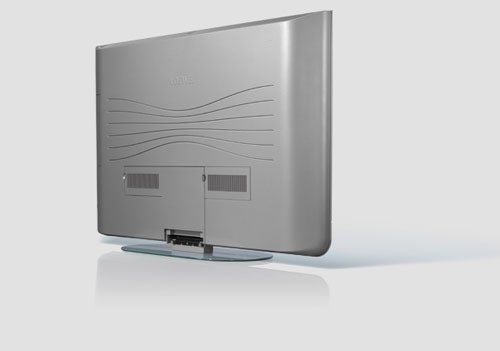 Of course, manufacturers’ contrast ratios always need to be taken with a pinch of salt, so it could just be that Loewe is being unusually honest. But one thing that’s for certain is that the Modus L 37 does not employ any sort of dynamic contrast facility whereby the backlight output is adjusted depending on how bright or dark a scene is detected to be. These systems can have their problems, but they also tend to deliver deeper black levels than LCD TVs that don’t use them.


This is not to say, however, that the Modus L 37 doesn’t make any attempt to improve its black level performance. For even though it’s not one of Loewe’s highest-level TVs, it still sports the brand’s Image+ technology, a processing system that works to boost contrast as well as enhancing sharpness levels and colour saturations. 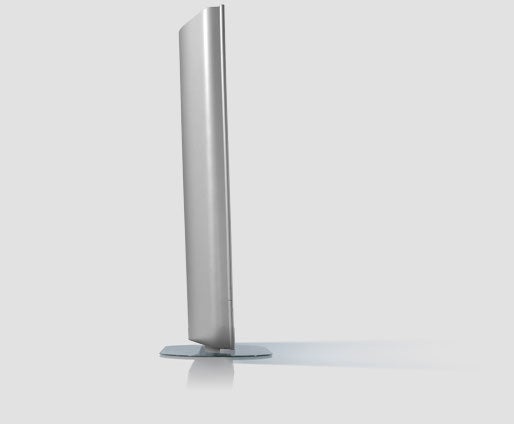 While we’ve seen Image+ produce some likeable results in earlier incarnations, though, we have to say it’s not yet proven a full rival for really top processing efforts like Sony’s Bravia Engine or Philips’ Pixel Plus 3 HD. Still, maybe the version used on the Modus L 37 will take things up a level.


Other features are in short supply – more so than should really be the case for a TV at this price. You’ve got full electronic programme guide support for the digital tuner, and a Virtual Dolby audio processor for pseudo surround sound audio. But that’s pretty much it. This set doesn’t even support Loewe’s traditional ‘upgradability’ trick to any really helpful degree, with your only feature option being a digital satellite tuner for free to air satellite broadcasts; hardly much use in the UK unless you happen to speak a bunch of European languages and so can understand what the vast majority of free-to-air satellite shows are on about!

Otherwise the only flexibility you get is in the Anthracite and Platinum colour options we mentioned earlier, plus floor stand or wall mount options alongside the standard table-top base.


So far, we’re not really ‘getting’ the Modus L 37. So it’s just as well that its picture quality rides in on a silver steed and just about saves the day.


Colours, for instance, immediately impress with their freshness and vitality, lending punch to the ultra-pure hues of Viva Pinata on the Xbox 360, but also handling with fair aplomb the tougher demands of more naturalistic fodder such as the tricky, night-time skintones during the failed Berlin operation early on in The Bourne Supremacy.


The Modus L 37 is a good friend of high definition too, reproducing all the lovely fine detail that makes HD so special without looking forced, grainy or harsh. However, unusually for LCD technology the Modus L 37 isn’t only good with HD. The Image+ engine also works well with standard definition, adding plenty of sharpness without making the resulting image look over-processed – at least provided the source image isn’t completely diabolical. (That means you, re-runs of Quincey and Murder, She Wrote – but why are you watching that? Ed.) 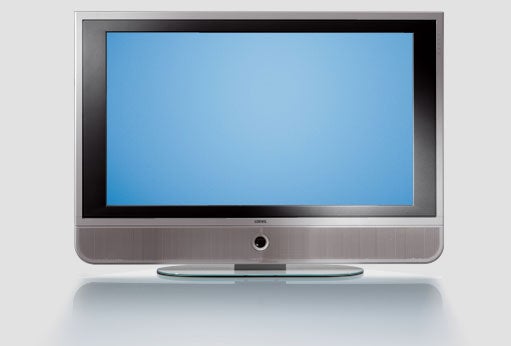 The sort of all-round sharpness we’ve just described owes at least something to the Modus L 37’s motion handling. For the breathtaking marvellousness of the Derby/Southampton Championship playoff at Pride Park (Come on you Rams!) was made all the more enjoyable by the fact that you could actually see the players clearly as they charged about, without the usual LCD blurring.


Black levels are good to the extent that they actually get deeper and enjoy a more convincing tone than you might expect from the 800:1 contrast ratio claims. There’s a reasonable amount of subtle detailing in dark backgrounds, too, ensuring that dark scenes don’t fall flat.


However, there’s also no denying that the Loewe’s black levels aren’t in the same depth ball park as the best the LCD and plasma worlds have to offer, with definite signs of greyness over the darkest corners. This is, it has to be said, a little hard to take on a TV at the higher end of today’s 37in LCD price bracket. As, come to that, is the degree to which the picture loses colour and contrast if watched from any significant viewing angle.


Loewe can usually be relied on to deliver some A-List audio – but here too the Modus L 37 doesn’t quite give us what we want. It sounds decent certainly, maybe even good; but only to the same extent that many other large LCD TVs sound good. There’s nothing truly outstanding to be heard.


In itself the Modus L 37 is a perfectly amiable TV. The problem is that we can’t talk about it ‘by itself’. Instead we have to also talk about its price, and it’s at this point that the Modus L 37’s attractive veneer cracks. For the bottom line is that it ultimately just isn’t outstanding enough to make £1,700 sound reasonable. In other words, if Loewe is going to be successful with its new ‘premium brand’ hopes, it’s going to have to work harder than this. We await the brand’s upcoming new ‘high end’ TVs with considerable interest…