Although Loewe will hate us for doing this, there really is no other way to open this review than to talk hard cash. For the simple fact of the matter is that while 40-42in flat TVs from most brands, including respectable ones like Samsung and Panasonic, are now routinely finding price points under £1,000, this latest 40 incher from Loewe sets you back three times as much. And that’s only if you stick with the basic model. Lordy!


You might think it unreasonable of Loewe to have any objections to our raising the ‘price issue’ so early on given the simple extent of the price premium we’re talking about. But Loewe sees the Individual Compose 40 as being less about price and more about branding. It’s effectively – and self-confessedly – trying to turn itself into the BMW of the TV world, creating an image of design prowess, technical authority and brand loyalty that to some extent blinds its target market to such tacky, trivial matters as price.


Which, you may be surprised to hear us say, is actually fair enough so far as we’re concerned. For while we love a cheap but good TV as much as the next man, we’re all in favour of diversity and really don’t see why a good premium brand can’t carve out a healthy niche for itself. 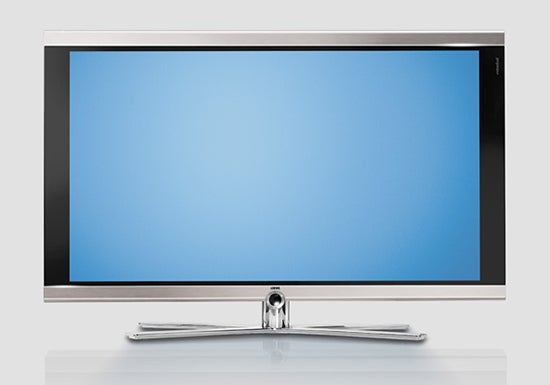 The only problem for Loewe is that in striving to be BMW you have to actually do BMW – which is to say, you have to have the product quality to back up your marketing aims. And to be honest, on recent evidence Loewe has fallen rather short of achieving sufficient quality. But maybe, just maybe, the German brand’s latest 40in LCD TV, the Individual Compose 40, will change all that.


The immediate cause of the careful optimism we just expressed is the Compose 40’s genuinely stunning design. With its remarkable slender bezel, glistening metallic finish and really sumptuous build quality, it looks every inch a premium TV. And that’s just its basic design!


For building still further on its up-front high-end credentials is the fact that it’s available in, and with, all kinds of different design options. For instance, the main TV body can be had in either Aluminium Silver or the even more scrumptious Aluminium Black. Then you can choose what speaker configuration you want to have, be it floor-standing left and right speakers, speakers that attach to the TV’s sides, a speaker bar running along the TV’s bottom edge, compact speakers with optional floor-standing pole mounts, even a full surround sound system.

On top of all this, you can also choose between eight different colours and finishes (Ebony, Rosewood, Light Oak, High Gloss Black, Metallised Chrome, Aluminium Silver, and Ruby) for the inlay panels down the TV’s sides, and choose from a whole host of TV mounting options, including our personal favourites; a pole mount that runs all the way from floor to ceiling, and a square silver post that plays host to a centre speaker.


All of this hard-to-deliver flexibility already goes some considerable way to explaining the Compose 40’s cost – as well as justifying the Individual part of its name, of course. Please bear in mind, though, that many of the setup options we’ve just discussed actually add further to the £3,000 cost – that’s certainly not an ‘all-inclusive’ figure.


If you’re looking for more justification of the Compose 40’s price, how about this: a built-in 160GB hard disc recording system. 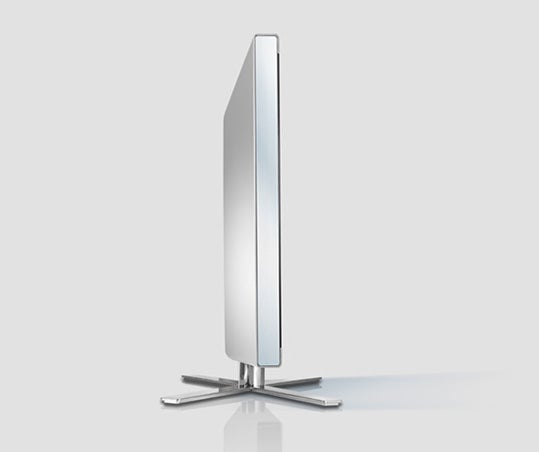 This little beauty can record Freeview channels from one of the two provided Freeview tuners; from the analogue tuner; and from sources taken in through the SCARTs provided there’s no protection by the Macrovision anti-piracy system. What’s more, you can use the Freeview EPG to set recordings for the HDD, or the Teletext system to set analogue recordings in the unlikely event that you’ll ever have to make any of those.


There are limits to what the HDD system – dubbed DR+ – can do. It can’t record HD, inevitably, and it doesn’t have enough functionality to meet with the new ‘Freeview Playback’ criteria just established by Freeview and about to debut on new TVs from LG. But it’s still a mighty neat feature to have built into your TV all the same. Especially when that TV looks so svelte and sleek that it’s hard to believe there’s room for any functionality beyond the simple mechanics required to make a picture.


Yet more evidence that Loewe is going for broke with this TV is its full HD native resolution of 1,920 x 1,080 pixels, making it a potentially perfect fit with the vast majority of the UK’s high definition sources.

Other specifications of interest include a claimed contrast ratio of 4,500:1 made possible by a dynamic backlight system that dims the set’s brightness during dark scenes to boost black level response, and a connections panel which includes two HDMIs, a PC port, a digital audio throughput, and a USB input for digital photo viewing on top of all the more basic stuff you’d expect to find on any TV worthy of the name.


It has to be said that a third HDMI and some v1.3 HDMI compatibility (those on the Compose 40 are v1.2 affairs) might have been appreciated on a £3k 40in TV. But then maybe this is the price you have to pay for the amount of lead time needed to get a chassis/platform as flexible and unusual as the Loewe’s off the page and onto a production line.


Day-to-day use of the Compose 40 is not exactly a barrel of laughs. The remote control is thankfully a big improvement over the horror shows of many Loewe TVs past, but the onscreen menus are so obsessed with taking up as little screen space as possible that they require extremely unwieldy and non-intuitive trawls through confusing sub-menus. 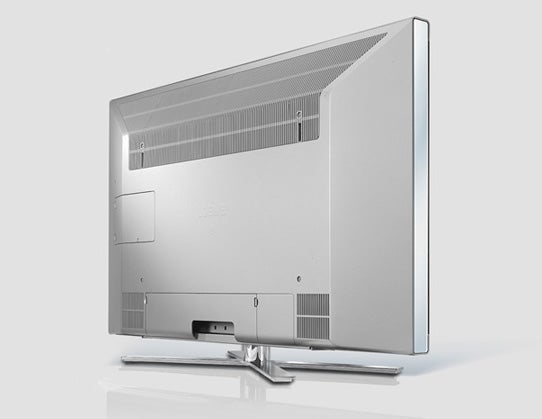 The Compose 40 does sport a rather excellent on-screen interactive instruction manual which we’d like to see introduced on every TV, frankly. But ironically this doesn’t in any way solve the menu problems.


Once the proud owners of some of the best picture quality available in CRT days, Loewe hasn’t necessarily found the transition to the flat world particularly easy. But we’re pleased to say that the Compose 40’s picture quality is easily the best we’ve seen from a Loewe LCD.


The picture’s sharpness is especially telling, as the combination of the full HD pixel count and clever Image+ engine ensures that no HD pixel is left unturned in the quest for immaculate HD quality. And so if you’ve ever doubted the extra quality of Gears of War’s graphics over those of Halo 3, this TV will put you straight. Or if you’ve seen HD films shown on rubbish LCD TVs and struggled to understand what all the fuss is about, this screen’s handling of particularly detailed HD moments like the Skull Island scenes on the King Kong HD DVD, will reveal the glorious truth.


It’s worth adding as a side note to this that the Compose 40’s HD images are particularly noiseless too, thanks to the perfect match between the resolutions of the screen and source HD image.

The Compose 40 also handles motion rather better than many LCD rivals. Sure, there’s a little of the seemingly inevitable resolution loss as objects pass across the screen, but it’s seldom distractingly severe. And don’t read into all this HD talk that this TV hates standard definition. In fact, it’s one of the better full HD LCDs at getting the best from Freeview’s frequently low-bitrate channels.


Other strengths find the Compose 40 producing truly vivid and engaging colours, and making recordings to its HDD that are only marginally softer and less distinct than the original broadcasts. 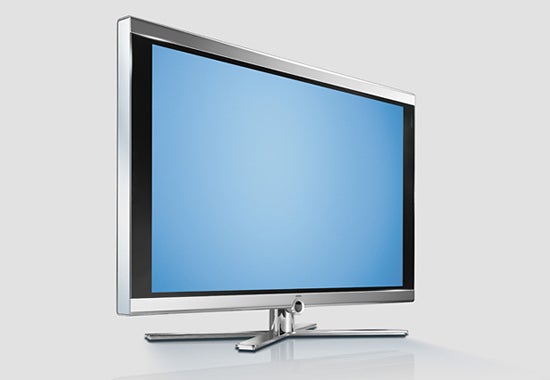 Finally, we’re mightily relieved to report that it also produces the best black levels we’ve yet seen from a Loewe LCD TV. But that’s not to say that black levels couldn’t be better still. Recent LCD screens from the likes of Philips and Samsung to name but two certainly get deeper with their blacks. And now that we’re in a moany frame of mind, the Compose 40 also suffers with the odd rogue colour too.


Restoring our good mood, though, is the Compose 40’s audio. The system we tried, comprising two floor-standing speakers and a subwoofer, is absolutely superb, with outstanding dynamic range, power handling and clarity. This is an arrangement we’d strongly recommend to anyone thinking of getting this TV, despite the fact that the package adds an extra £750 to the basic cost of the TV.


There’s no doubt that the Individual Compose 40’s price will just be too rich for many people’s blood, especially as its pictures can only be characterised as good rather than excellent. But then the set isn’t aimed at the ‘many’ but rather at the well-heeled, brand-conscious few. And we reckon it should suit that market down to the ground.