Many large edge LED TVs struggle when it comes to delivering a deep and
consistent black colour during dark scenes. Initially it appeared as
if the Connect ID 55 was going to come a massive cropper in this key
area. Running through a couple of our favourite dark test sequences
in a fairly dark environment using the TV’s default picture
settings revealed some really severe backlight clouding problems. The
clouds were clear to see both in the corners and over some central
portions of the picture, standing between you and your engagement with
the dark scene behind them.

Normally if we saw such problems on a TV, we’d head straight to the backlight control in a bid to tame them. However the Connect ID 55 doesn’t have a backlight control. We thus tried the brightness adjustment, but this just left the image looking unnaturally dull without significantly alleviating the clouding ‘barrier’. 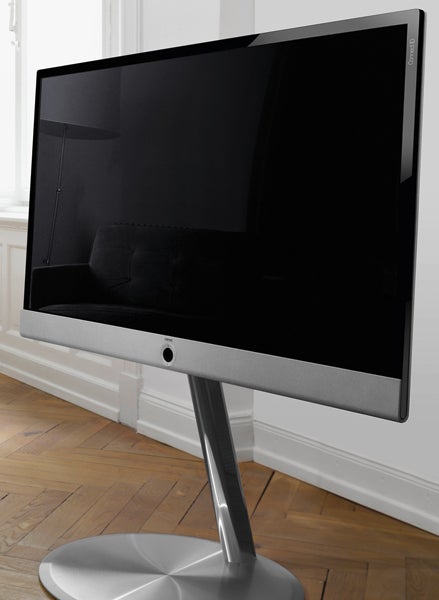 Fortunately salvation – at least to a degree – comes from an unexpected source: the contrast adjustment. With most modern TVs the contrast setting has surprisingly little impact on pictures compared with the other controls, but here taking the contrast down to as low as its three or even two setting drastically reduces the impact of the backlight clouding. A lower contrast setting also helps the TV produce a deeper, richer and more convincing black colour than you get with the contrast set higher. And this is achieved, moreover, without too much shadow detail being sacrificed from the picture.

Colours, too, remain unaffected by the contrast shift. In fact, if anything colours look even more natural and subtle than they did before. So dramatic is the impact of the contrast adjustment described that dark scenes go from being almost unwatchable in dark surroundings to being really quite good.

That said, despite the big improvement, ‘quite good’ is absolutely as upbeat as we can get in our assessment of the Connect ID 55’s handling of dark scenes. It certainly isn’t in the same league as Panasonic’s plasmas, Sony’s HX853s, post-calibration Samsung ES7000 and ES8000 models, or any of Philips’ recent models from the PFL7007 series upwards.

The last picture elements we tested on the Connect ID 55 were input lag and 3D. With the former the set did very well once you’ve activated the Game mode for the input your console is attached to, measuring just 33ms. With 3D, though, Loewe’s new TV proves a major disappointment.

For starters, bizarrely the TV doesn’t seem to automatically adjust its picture settings for 3D, so if you’re using the picture settings that work best for 2D viewing you’ll find 3D pictures looking very dark and dingy until you ramp the contrast and brightness up. 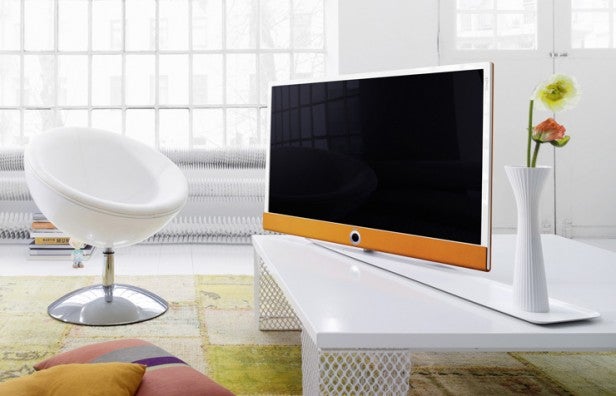 The biggest problem, though, is the appearance of heavy amounts of crosstalk double ghosting noise. This appears to some extent over pretty much every shot in the various 3D Blu-rays we watched, distracting you from the main action and making backgrounds routinely look soft or out-of-focus. The set’s crosstalk levels are actually the worst we’ve seen in the 2012-2013 TV generation – which isn’t really what you want to be saying about a £2,500 55-inch TV.

Motion is also handled rather poorly with 3D footage, with lots of judder and twitching. Thankfully, though, this is sorted fairly impressively by the set’s DMM motion processing system.

We guess the Connect ID 55’s 3D pictures are reasonably bright and colourful for an active 3D TV, and where the picture isn’t blighted by crosstalk you can see enough detail to know that you’re watching a full HD 3D experience. But the set’s 3D performance is ultimately defined by its crosstalk problems, and as such is not something we could imagine wanting to watch very often.

The Connect ID 55’s sound is good, with plenty of volume, a surprising amount of bass, excellent treble detailing and a decently – though not amazingly – open midrange. It’s not quite as outstandingly brilliant versus the best of the competition as some previous Loewe TVs, but this perhaps says more about the audio improvements wrought by the likes of Sony and Philips in recent times than it does the arrival of new weakness in Loewe’s audio make up.

The uniquely customisable nature of the Connect ID 55’s design means it will likely find an audience with a certain breed of design-led, well-heeled purchasers. It also has its moments in performance terms. However, any hopes Loewe might have held about the Connect ID 55 luring in a new fanbase of serious AV fans are ultimately going to dashed by the set’s combination of a rather dated backlight engine, ropey 3D and impoverished online TV service.