Sony has made a habit of remastering its portable efforts for modern consoles, converting the likes of Parappa the Rapper, Patapon and the original LocoRoco while adding crisp high-definition visuals alongside a few neat new features. Japan Studio’s absurdly charming platformers have never looked better, maintaining their bizarre personality when blown up to the big screen. Sadly, a shiny new coat of paint can’t remedy a platforming adventure that sits firmly in the shadows of its contemporaries. That being said, LocoRoco 2 Remastered still has plenty to offer.

LocoRoco 2 Remastered leaves a brilliant first impression with wonderfully colourful visuals peppered with an unusual yet catchy soundtrack. Every second of the experience is designed to barrage you with musical touches that are simultaneously excellent and frustrating. You control LocoRoco, small creatures capable of forming into a single mass or breaking apart at the touch of a button. This is where the bulk of puzzle-solving comes from, fitting through obstacles and launching across each stage. You can even mix-and-match as things progress.

Throughout each level LocoRoco will grow larger as you collect bright orange flowers, some of which are in plain sight, while others are hidden for completionists to seek out. Watching myself grow always proved satisfying,. The control scheme is incredibly simple, with the shoulder buttons shifting LocoRoco’s weight and allowing you to jump atop certain platforms. It’s not always as responsive as I would have liked, with many jumps not landing where I expected them too. Considering the slow movement speed of most stages, this proved frustrating at times. 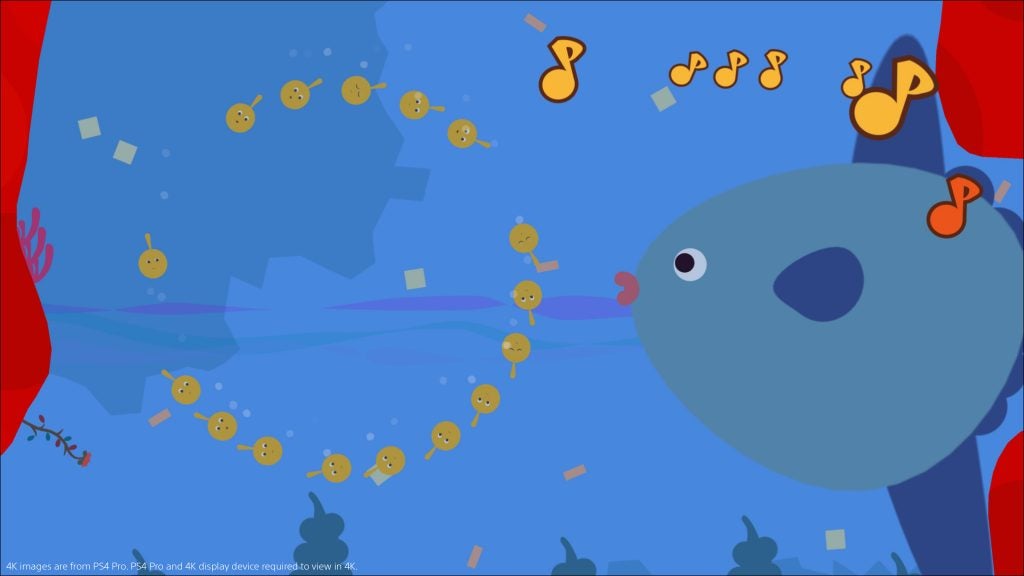 Whether it’s adjusting your weight while navigating a precarious ravine or swinging across a series of vines, LocoRoco 2 Remastered’s environmental design is fun and unpredictable, although is betrayed by controls that often had me repeating the same jumps over and over as my personal blob failed to gain the momentum required to continue. Certain areas are also locked off depending on your size, meaning a level must be replayed to conquer every nook and cranny.

A number of new features have been introduced including the ability to swim underwater and squeeze through tiny crevices in search of special items and hidden areas. They’re a blast, giving Japan Studio an opportunity to stretch its creative muscles by hiding treasure away in places that requires genuine intuitive thinking. LocoRoco Remastered 2 is a charming platformer with brains to match, and even throws in a few extra modes beyond the usual mixture of morphing and jumping.

The highlight of these is Mui Mui House, a strange house management simulator where you rule over a family of singing creatures. Materials discovered across each level can be used here to craft different rooms and amenities, whether it be a cellar or a gramophone. It’s really fun, and the way in which the Mui Mui clap along to the background music is absolutely adorable. With LocoRoco 2 first launching back in 2008, it’s like a portable management sim before the age of smartphones.

Other additional modes including a racing mini-game where you can bet on four different LocoRoco as they rush toward the finish-line. You don’t have much control here, so the only reason to revisit it after gaining trophies for a bit of extra currency. Despite their lack of depth, extras such as this are much appreciated, fleshing out the bizarre world of LocoRoco 2 Remastered in some great ways. 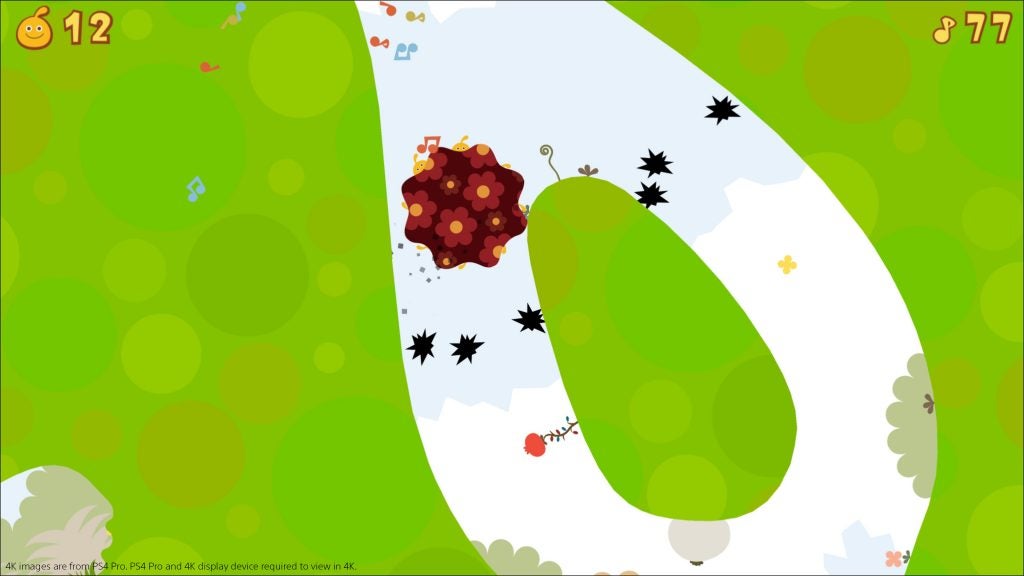 Story is hardly the reason to play LocoRoco 2 Remastered, but it’s cutely told and fits the tongue-in-cheek universe very well. You and your unusually shaped friends are living in peace until the Moja decide to invade, using a terrible song to literally suck the life out of living things. Sounds a little bit dark now I think about it. Your job is to stop these mischievous buggers with the power of friendship, fun and repeatedly jumping on their heads.

Unfortunately, the narrative is badly presented due to cutscenes that haven’t been remastered at all, meaning they look terrible on a modern display. They were clearly designed with the PlayStation Portable in mind so seeing them alongside the gorgeous in-game visuals is jarring to say the least. The same can be said for the user interface, whose large text and overblown prompts look strangely out of place on PS4. I imagine it wasn’t easy to port a PSP title, but a little more finesse would have been lovely.

LocoRoco 2 Remastered is a solid enhancement over the original release that fails to iron out all of the kinks I would have liked. The simplistic platforming and inventive level design are occasionally let down by imprecise controls, although this is far from a dealbreaker.

Despite a few quirks, this is an excellent remaster that plays great on PS4 and looks even better. Those looking for a charming platformer or a trip down memory lane can certainly do worse than this.