Introduction
You could argue that the last thing the Sony PS Vita needs at this point in its lifespan is another extension of a hit PlayStation brand. We love Uncharted: Golden Abyss. We love WipEout 2048. Resistance: Burning Skies? Well, not so much. But do we really need another modified Vita version of a franchise we already know and love? Maybe not. 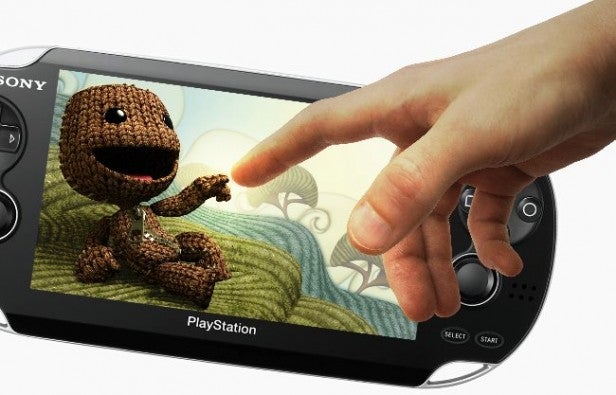 But then LittleBigPlanet PS Vita confounds expectations. It’s not just a full-fat, feature-complete new title in the LittleBigPlanet series, but a game that leaves you feeling that LittleBigPlanet was destined for this format. By integrating touch, tilt and camera features in the gameplay, two new development teams – Tarsier Studios and Double Eleven – have produced not just a good LittleBigPlanet, but probably the best one yet.

LittleBigPlanet PS Vita Storyline
In terms of basic look and feel, it’s practically identical to LittleBigPlanet 2 on Sony PlayStation 3, with the same hand-crafted wool, cloth, felt and cardboard characters and objects, and the same quirky, distinctly British style. Stephen Fry still provides the narration, and you access all the features from your own familiar pod. Costumes, materials and new facial features can still be collected and used to make Sackboy your own, and you can still collect and deploy stickers to make the levels your own. 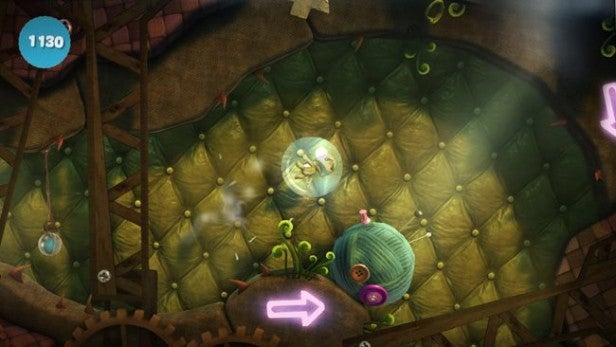 It’s also still fundamentally a platform game, with our Sackboy hero racing through levels, grabbing, dragging and lifting objects, swinging from the scenery and leaping from place to place. It still has that unique feeling that everything is tangible; that you’re playing in worlds where textures, weights and physics all matter. Some will still complain that the movement is a bit floaty, or that Sackboy isn’t as snappy to control as Mario, but really they’re missing the point: LittleBigPlanet has a physical feel that’s very much its own.

LittleBigPlanet 2 excelled because of its inventive level design, where new traps, new monsters, new gadgets and even vehicles left you feeling that just about anything could happen. LittleBigPlanet PS Vita does much the same trick – we haven’t seen a 2D platformer this inventive since Rayman Origins last year. Switches, launchpads and soft pendulums become the crux of ingenious puzzle levels, while bizarre triangular cars take you on a classic roller-coaster ride. There’s even room to riff on the styles of Mario, Limbo and even Sonic, with a spin through a casino world that could have come straight from the hedgehog’s nineties heyday. 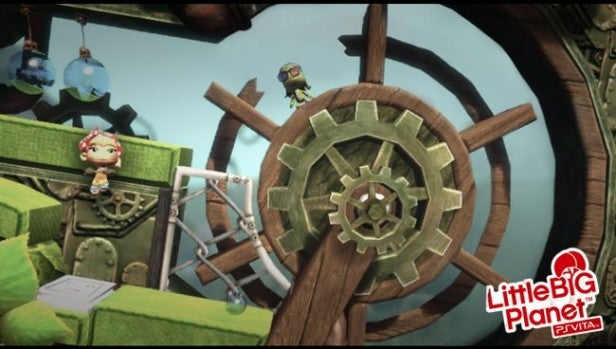 LittleBigPlanet PS Vita Multiplayer
Two-player co-op is permitted throughout LittleBigPlanet for PS Vita, with certain sections designed specifically for co-op play, helping make this a great game if you’re lucky enough to know a Vita-owning friend. Taken purely as a straight platform game, this LittleBigPlanet offering could stand proud with the best in the genre. Thanks to generous (and normally infinite) checkpoints, the difficulty level is challenging without ever causing any serious frustration.

What really makes LittleBigPlanet for PS Vita, though, is the game’s finesse with which the unique capabilities of Sony’s latest handheld console are brought into play. Some are superficial, like the ability to take a picture with the Vita camera then use it as a sticker with which to decorate the levels, but the development teams have also found ways to make touch and tilt work as part of the gameplay. One level mimics LocoRoco with a rolling vehicle that needs to be tilted left or right around the landscape. In other sections, blocks need to be pulled around the screen with a finger, or prodded into and out-of the screen by tapping them on the front or rear touchscreens.

LittleBigPlanet PS Vita Gameplay
LittleBigPlanet PSVita has Nintendo’s trick of introducing new game
mechanics in one level and exploring them in others, and later on in the
game you’ll find some surprisingly tricky examples. In fact, our only
serious complaint about the game is that – at times – the need to
combine analogue pad, face buttons and touch controls can leave your
fingers tied in knots, and to complete some sections we had to adopt
some quite unusual hand positions. 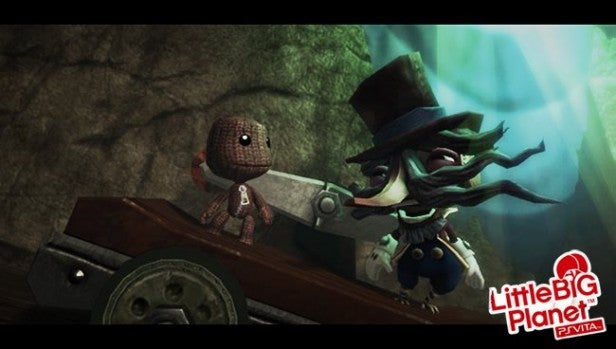 Needless to say, it all gets a bit surreal. The storyline, pitting Sackboy against a villainous puppeteer, is rudimentary, but it’s used as an excuse to hurl together a selection of bizarre characters and settings, ranging from a nutty circus ringmaster to a morose Northern clown. It’s all very silly, but in the most wonderful way.

Meanwhile, unlockable side levels reveal just how versatile the engine is, with sub-games covering everything from whack-a-mole to Tetris to a vintage eighties driving game, many working with the Vita held in a vertical position. And if you want more, you’ve got more, with a whole Arcade sub-section devoted to things like a clone of the BBC classic Thrust or an oddball touch-based puzzle game. 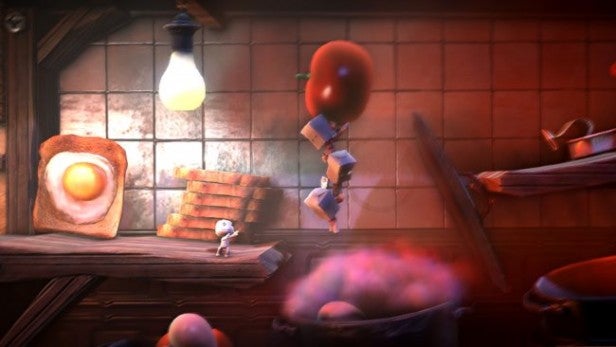 LittleBigPlanet Customisation
Of course, the appeal of LittleBigPlanet has always extended far beyond the pre-made stuff. Create mode returns, and with touch it’s easier than ever. Now objects can literally be dragged across the screen, resized or rotated with standard two-finger gestures and tapped into place, while the controls for placing objects on specific planes or increasing and decreasing their depth are more intuitive than on the PS3. You can even carve out your own shapes from materials just by drawing on the screen.

What’s more the PlayStation Vita’s screen provides ample room to design and manufacturer your own levels, and the biggest limitation will be having enough objects and materials to work with. This is where Create mode and Play mode have their own feedback loop. You can burn through LittleBigPlanet’s built-in levels within a day, but are you going to collect everything on your first pass? Not a chance. 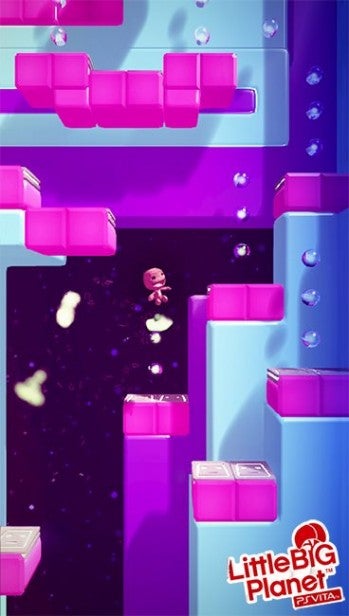 Not all of us are born creators, and some of us will still struggle even with this forgiving toolset. However, early signs suggest that LittleBigPlanet PS Vita will be just as fertile a ground for talent as LittleBigPlanet 2. Before launch the Community section is full of test levels and oddball experiments, but we’re already seeing some sophisticated levels, including lengthy platform extravaganzas as good as anything in the main game, and a fiendishly clever puzzle epic with shades of Portal. 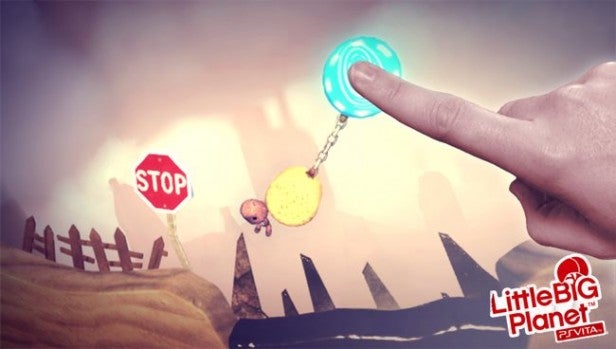 LittleBigPlanet has always been a game you can have a craze on, leave for a few weeks, then come back to see what new stuff has emerged while you’ve gone. It has a lifespan that can extend into years. We’ll have to see whether LittleBigPlanet PS Vita can repeat that trick, but the tools are certainly here for the community to create some amazing stuff. We just can’t wait to see what they come up with.

LittleBigPlanet PS Vita Verdict
LittleBigPlanet PS Vita isn’t just a decent Vita version, but the best LittleBigPlanet yet. It’s an excellent 2D platformer with ingenious levels and too many smart ideas to mention, and it’s one that has been revolutionised by the use of touch and tilt controls. More than that, it shows that the create, play, share stuff that worked on the Sony PS3 can be just as effective on a handheld – if not more so. It’s time to quit moaning about Vita’s lack of quality games: LittleBigPlanet is a corker.