If it’s the job of Uncharted: The Golden Abyss and Wipeout 2048 to prove that Vita can do big, graphically-intensive console games, then it’s the job of Little Deviants to show that it’s not above quirky, casual gaming titles either. In fact, Little Deviants works best as a showcase for exactly how versatile Sony’s new handheld can be, putting the touchscreen and rear touch panel through every pinching, poking, prodding and swiping manoeuvre you can think of, while making use of the camera for some light augmented reality and throwing in some motion controls on top. 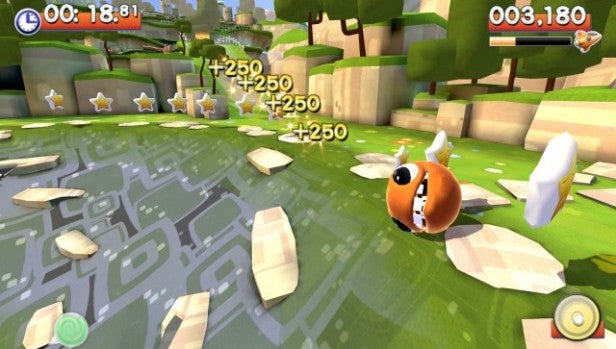 It is, of course, a mini-games compilation, and like most mini-games compilations it has a story – something about weird little aliens (the deviants) being tormented by killer robots – that’s so forgettable that you’ll have forgotten it while you’re actually watching the cut-scenes. The mini-games are divided into different areas, with new games and new areas unlocked by achieving a bronze ranking in the game before it. 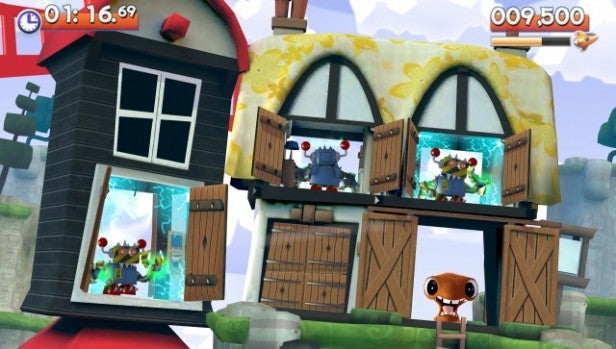 There’s no question that the games are ingenious. The one you’ll have heard about before, Rolling Pastures, has you pressing a finger against the rear touch panel to deform the landscape, so that a menacing spherical deviant can roll around collecting stars and keys before heading to the exit. Others have you pushing robots from the windows of a barn or a ski resort hotel, tapping the front-screen to shove robots facing away from you, and the rear screen to shunt the ones facing front. 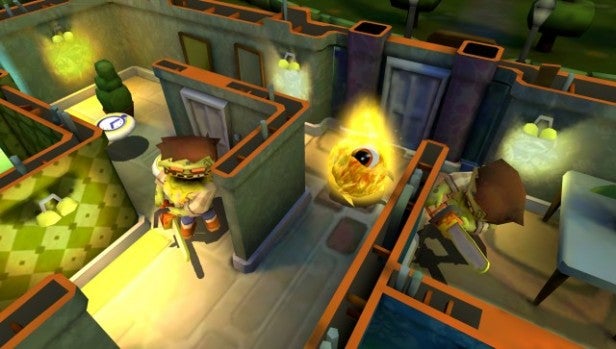 There are fun shooting gallery games where you blast more robots from the skies around you before they can capture your deviant chums, and a nice Pilotwings-esque affair where you tilt your Vita to steer a skydiving deviant through hoops. There’s a tilt-controlled rolling maze game, a tilt-controlled rolling take on Pac-Man, and even a game where you pilot a deviant rocket through a ghostly landscape with giant robot jaws in hot pursuit. There’s also a game where you hold the Vita vertically to fend off birds attacking a deviant’s hot air balloon, tapping the birds to blast them and running the rear panel to keep the deviant stoking the balloon. Best of all, there’s a fun game that involves pinching the front screen and rear panels together to catapult a deviant around a boxing ring crammed with monsters.

Each mini-game is high on novelty value, and each one promises to be a lot of fun. Unfortunately, this promise isn’t always fulfilled. Some of the games are entertaining but ultimately disposable – the sort of thing you wouldn’t mind paying 69p for on an iPhone, but soon sits abandoned on a screen jammed with apps. 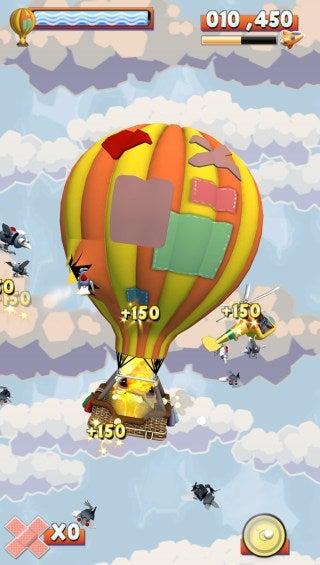 Others are frustrating, either because the challenge level is set too high, or because you have to manage too many unintuitive motions at one time, or just because the controls aren’t really precise enough to cope as the difficulty level ramps up. Little Deviants has silver and gold rewards for achieving higher scores but it’s rare to find yourself chasing them. You’re either already tired of the game in question, or you simply can’t face replaying it once you have the bronze in the bag.

What’s worse, the more you play the more the mini-games become tired variations on a theme. Ideas that seem fresh and interesting to begin with pall as they’re reintroduced in a different skin. 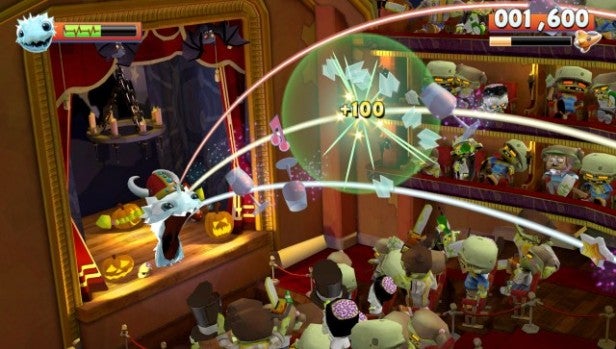 It’s a shame, because in many respects it’s a very polished launch title that displays a certain amount of imagination. The design of the deviants, robots and monsters, while reminiscent of the kind of self-consciously blocky, cartoon stuff you’ve seen in a thousand iPhone games, is nicely done, and the bright, clean-edged visuals do a fantastic job of showing off the semi-HD resolution of the Vita’s beautiful 5-inch OLED screen.

Like so many novelty mini-game compilations before it, Little Deviants struggles because the novelty is more compelling than the gameplay, and – as we all know – novelty has a nasty way of wearing off.

Verdict
If it were a cheap download Little Deviants would be worth purchasing as a great little showcase of all the fun stuff PS Vita can do. Even at a budget price, however, it’s just not fun enough to justify the outlay. While some of the mini-games might keep family and friends entertained while you show off your new handheld, it’s a game that will soon be left, forlorn and forgotten, on a screen full of more appealing Vita apps.