Available on Nintendo 3DS
Little Battlers eXperience may be relatively new brand to westerners, but in its native Japan – where it’s known by the infinitely more amusing name “Cardboard War-Machines” – it’s already a fully-fledged series, which has inspired its own anime TV show and a raft of merchandise. This shouldn’t come as much of a shock – the theme is toy-like robots which battle with one another and can be upgraded and enhanced – but what is surprising is that Nintendo has localised the title with the minimum of fanfare.

As a result it’s being pushed to market practically as an unknown entity. This is something of a shame because Little Battlers eXperience is a well-produced and compelling title, and precisely the kind of offering the 3DS needs as it enters its twilight years.

Developed by Level 5 – famous for its Professor Layton, Fantasy Life and Inazuma Eleven franchises as well as the insanely popular Yo-Kai Watch – Little Battlers eXperience has all the staples of an action RPG classic. There’s the young and unproven protagonist with dreams of glory and a tragic backstory, and there’s an evil global plot that our hero is unwittingly thrust into, changing his life forever. Slap-bang in the middle are the titular robots themselves; droids small enough to fit into your pocket but packed with destructive power. 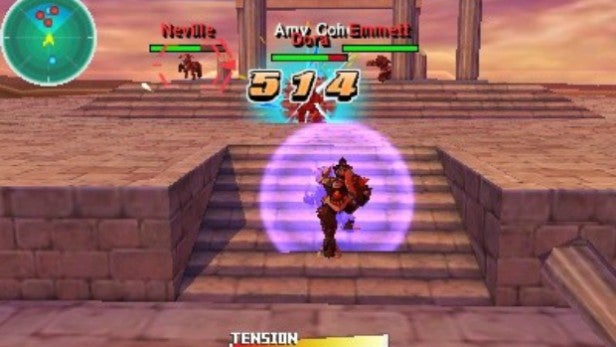 In the game’s world LBX are popular with both kids and adults and practically everyone you speak to is gagging to take you down in an impromptu one-on-one contest – a la Pokemon. During these battles control switches to the LBX itself as you navigate a wide range of different arenas, each with unique obstacles and terrain. The objective is to take down your opponent using ranged, melee and special attacks, and it’s possible to use items to replenish your health and what-not.

The controls are basic – you can dash and jump to avoid incoming threats – but you can combine these moves and string together lethal combos, and therein lies the challenge. A guard command reduces the amount of damage you take, and it’s vital to keep your eye on your Tension gauge as certain moves deplete this and when it’s empty, your LBX’s effectiveness is diminished significantly until it recharges.

The variety of battle situations available helps keep things fresh and interesting. Some are based around a three-fall mechanic, while others see you teaming up with CPU-controlled buddies and facing off against a trio of enemies. During these contests it can be hard to see exactly what’s going on as every LBX converges into the middle of the arena to duke it out, but careful positioning usually saves the day and allows you to pick off targets at a distance as your friends get up close and personal. 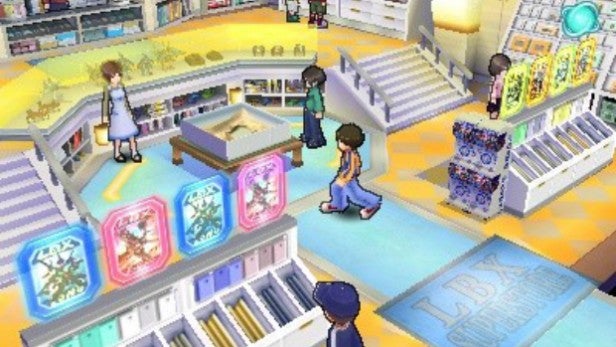 Success in combat earns experience points that boost your LBX’s power and adjust its handling and this is where Little Battlers eXperience truly excels. It features a dazzling number of possible LBX combinations, including armour, weapons and power cores which radically alter how each pint-sized robot performs in a scrap. In-between fights you’ll be exploring an overworld packed with NPCs to chat and battle with. It’s important to keep up to date with incoming emails and ensure your LBX is maintained properly by greasing it up or taking it to the local model shop for a check-up.

As you’d expect from Level 5, the RPG portion of the game is brilliantly realised, boasting a vibrant and active world to explore that makes the whole story even more immersive.

Naturally, in the single-player campaign it’s the storyline that relentlessly pushes things forward and if you just want to soak up the drama then it’s possible to enjoy the game without getting your hands dirty under the hood of your LBX. However, with NPCs challenging you at every turn and local battles possible at any time – assuming you can locate someone else who has even heard of the game, that is – there’s always the temptation to fine-tune your fighting machine just in case, and that’s practically a meta-game in itself. Building the perfect LBX becomes an obsession which is almost equal to creating the perfect Pokémon team – and that’s about as high praise as it’s possible to give to this kind of game. 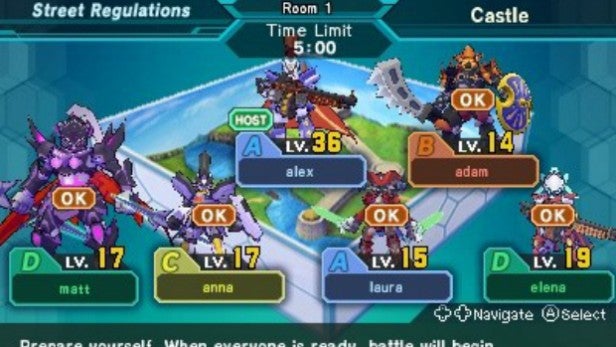 It’s a shame that Little Battlers eXperience doesn’t come with online play as this would give the game the kind of longevity that only the likes of Pokémon can challenge. For whatever reason Nintendo and Level 5 decided against including net battles, and this is arguably the game’s single biggest failing. In Japan, where the series is incredibly popular, bumping into another LBX player probably isn’t too difficult, but here in the UK it’s going to be such a rare occurrence that you may never get to play against a human opponent.

Verdict
Little Battlers eXperience is an unexpected treat in what has become a slightly barren year for the world’s best-selling handheld games console. It’s a game that certainly deserves better than the lightweight promotional push Nintendo has given it in the west.

Lack of online play aside, it’s a near-perfect package for fans of this kind of game, and the mixture of RPG elements with real-time combat means your reflexes are tested as much as your mind. The whole game is wrapped up with some superb presentation – including gorgeous animated sequences and plenty of voice acting – making this look and sound as assured as it plays.

Hopefully Little Battlers eXperience will find a receptive audience in the west so that the franchise can become a staple of Nintendo’s line-up in this part of the world.