What is the Lithe Audio Bluetooth Ceiling Speaker?

Lithe Audio has produced a new speaker that combines the space-saving efficiency of a ceiling speaker with the ease of connection via Bluetooth. The Lithe Audio BT ceiling speaker is easy to install, surprisingly powerful and offers sound good enough to impress most audio equipment fans.

Lithe Audio recommends that you call in an electrician to install the speaker, but if you’re happy to undertake some wiring and cutting holes into your ceiling, you could do it yourself. A template is provided to help ensure you have enough space for placement and provides a guide for cutting out a hole too. You’ll need to consider depth as well as positioning; the speaker is 95mm deep.

Once the hole is cut, it’s a simple job to wire the speaker in (either off a light fitting or just into a plug) and then slot the speaker in place. The electrician that we enlisted to do the fitting was impressed by how easy it was: it took about 20 minutes from opening the box to being ready to play music.

The Lithe Audio BT features an audio-out connection, so you could run another speaker off it, alongside a Bluetooth connection and a built-in amplifier. An RCA input is present too, if you want to hardwire the speaker into an existing system such as your TV setup.

For the style-conscious, or those with strangely coloured ceilings, the speaker grill covering can be detached and painted a different colour to match your surroundings. 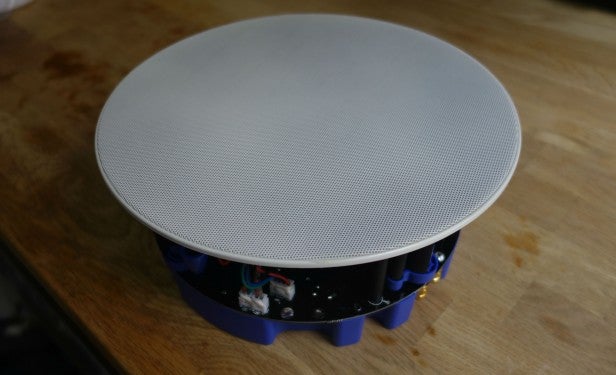 Once it’s booted up – which takes about a minute – scanning for the speaker over Bluetooth will find it as the Lithe Audio BT; the range isn’t huge. You’ll need to be in the same room, but it connects easily and holds a connection well.  We didn’t have any issues with interference when throughout testing.

If something goes wrong with the connection then there is a connection reset button on the face of the speaker, behind the grille. For more serious problems, the design of the speaker’s dogleg fittings mean it can be easily popped out for emergency maintenance.

The Lithe Audio BT is great for playing music off your phone, tablet or anything with a Bluetooth adapter, and would be a brilliant speaker to use with an Amazon Echo Dot – but you’ll need to ask Lithe to turn the password off

This speaker is loud. At maximum volume, you’ll find it almost impossible to hold a conversation if in the same room as the unit, and it’s even loud in adjoining rooms.

If you put this in the ceiling of a room and you live in a flat, it you’ll need to be sure that your neighbours share your musical taste. Or you could turn it down, I suppose.

Sound quality is superb. Vocals are clear and crisp, the bass is meaty and doesn’t distort at higher volumes. I’ve had it set up in the same room as an Amazon Echo and it’s out performs the sound quality coming out of the Amazon device in every way.

The Lithe Audio speaker has a tweeter at its centre to deal with the higher notes; it even sits on a ball joint so you can fine-tune the direction at which it is aiming. This works well, even at neighbours-getting-a-restraining-order volumes. 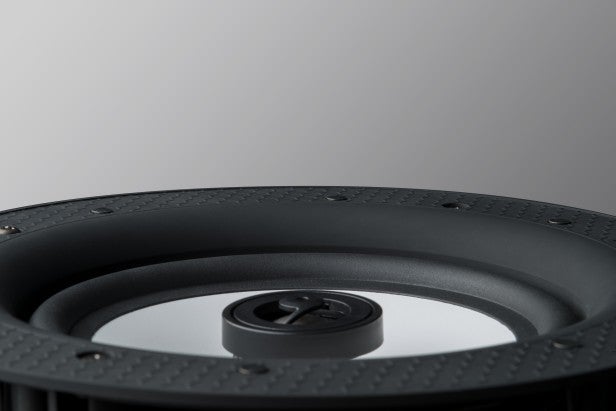 Should I buy the Lithe Audio Bluetooth Ceiling Speaker?

If you’re short on space – or having some work done to your ceilings anyway – the Lithe Audio BT will make a great addition to your home.  Ceiling-mounted speakers are ideal if you want to have music but don’t want the speakers to be immediately obvious, and the Bluetooth connection means setup is a doddle.