Picture quality is the weakest link in the X24-DVD’s mostly robust armour. Using a panel sourced from Turkish manufacturer Vestel, the images it delivers are pretty rudimentary, though not any more so than those of the vast majority of other small TVs out there these days.

The most instantly obvious flaw is that the screen’s contrast performance is very limited – at least at the dark end of the spectrum. Dark scenes look greyed over, with nothing really approaching a black colour to be seen. This has other knock-on effects too, inevitably. You can struggle to pick out shadow detail in the darkest parts of images, meaning they can look hollow and unnatural, and the grey wash over everything means that colours during dark scenes can look pretty off-kilter at times. 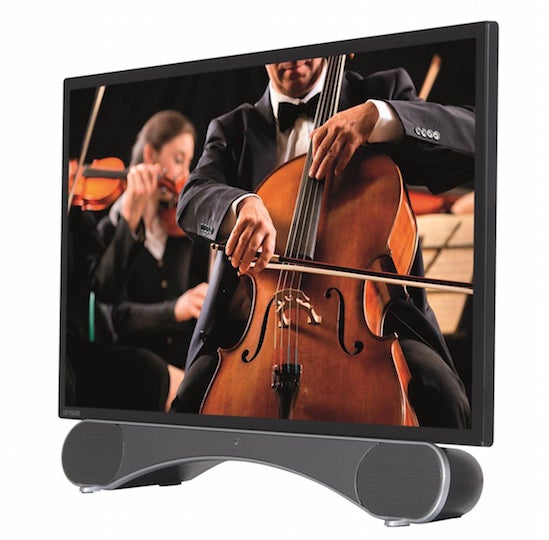 Colours in general don’t look convincing. They lack tonal subtlety, leading to softness and a sometimes rather cartoonish appearance. Also, it’s clear that the palette the TV has to draw from is fairly limited by modern standards, leaving such tricky colour elements as skin tones, trees and grass looking rather over-wrought and sometimes, with relatively dark content, infused with a rather sickly greeny yellow colour.

Areas of fine detail tend to suffer with noticeable glowing and/or moire noise too, and there’s some pretty noticeable resolution loss over moving objects.

On the upside, detail levels with HD content are decent when the motion blur isn’t too apparent. Pictures are impressively bright by small-screen standards too, making the X24-DVD a better option than most for bright locations like conservatories and kitchens. While the screen’s fundamental black level response is uninspiring, you don’t have to put up with the sort of backlight inconsistencies – such as localised clouding – that are still common with LCD TVs of all sizes and prices.

While colours aren’t very natural, they are at least punchy with that high brightness to help drive them off the screen.

The last thing we need to consider here is the quality of the X24-DVD’s built-in DVD player (putting aside the fact that in our entirely unrealistic dreams we wish that it was a Blu-ray player!). Digging out a couple of DVDs from the back of the cupboard reveals the integrated Linsar deck to be passable rather than brilliant. There’s no severe blocking of the sort you get with poor-quality MPEG decoder chips, but the picture is noisy enough to look like it’s a composite video rather than RGB signal, and there’s some evidence of decoder twitching in the picture. But really what do you expect from a DVD player built into a 24-inch television?

Used as the main TV for the review period
Tested for more than a week
Tested using industry calibrated tools, discs and with real world use
Tested with broadcast content (HD/SD), video streams and demo discs
Previous
Linsar X24-DVD Review Next
Sound Quality and Conclusions Review