If you’re fortunate enough to afford Linn’s Series 3 wireless speaker, then you’d be in possession of an eloquent sounding and singular-looking speaker.

With the Linn Series 3, the Scottish hi-fi brand has made its first foray into wireless speakers, and at nearly £3k Linn claims its the best-sounding wireless speaker in world. A bold claim…

It isn’t quite as jarring as that time David Bowie got into drum’n’bass, but nevertheless it’s just a little odd to see celebrated Scottish high-end hi-fi hero Linn embracing the world of the wireless speaker.

It isn’t that Linn hasn’t been a mover and shaker in digital music streaming technology – the company’s been aboard that particular hobby-horse for getting on for two decades.

It’s more that Linn has always seemed intolerant of compromise, ever since the company launched back in the early 1970s with the legendary Sondek LP12 turntable. Yet, if ever a product type seemed – almost by definition – destined to be compromised, it’s the wireless speaker.

So it’s probably just as well that Linn’s Series 3 wireless speaker, far from being compromised, is among the more complete audio products you can buy.

Related: Linn unveils its first wireless speaker in the Series 3

No two ways about it, the Linn Series 3 is a strange-looking speaker. “Strange” isn’t automatically a pejorative term, of course, and in a market as horribly crowded as the wireless speaker market it’s probably quite sensible to make your product stand out a bit.

Linn reckons the shape of its speaker looks a little like a wine glass. During my time with the review samples, I was offered quite a few alternative suggestions: fennel, an egg, an air-freshener… No matter what Series 3 puts you in mind of, though, its swoops and curves mean you won’t mistake it for any other manufacturer’s wireless speaker. 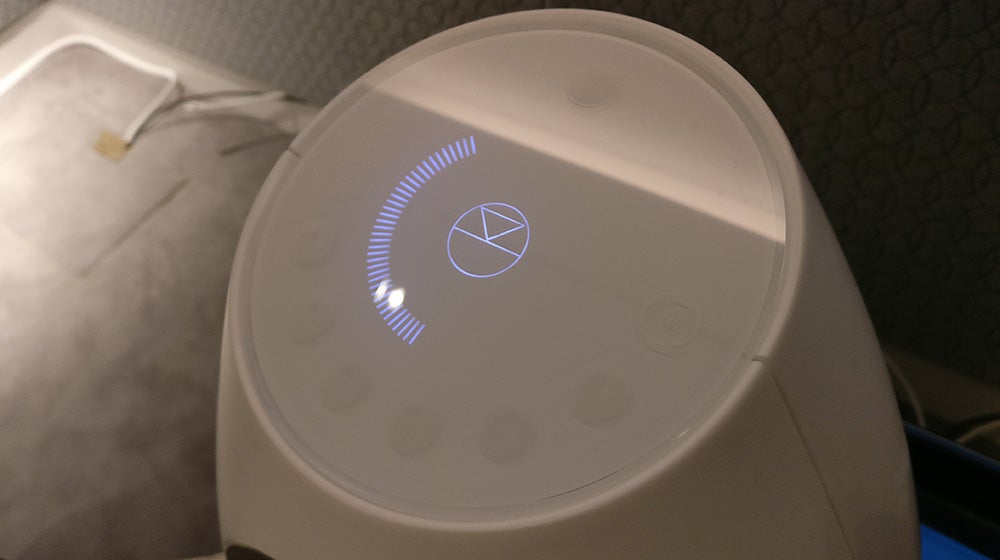 That complicated cabinet is cast from a natural mineral compound more usually deployed in domestic ceramics, and is then finished by hand. It feels cool to touch, both figuratively and literally, and shares a lot of acoustically useful characteristics – stiffness, density and excellent damping properties – with stone.

The top of the Series 3 isn’t horizontal, but instead slopes forward gently – and it’s covered by smooth, feelsome and softly illuminated glass.

At 30 x 25 x 21cm (HWD), the Series 3 is handily sized to either make an interior decor statement or be discreetly positioned. Given those looks, that inviting tactility and that price, it seems likely that most owners will give it pride of place.

The 301 and 302 Series 3 speakers look identical at a glance, but they’re not. So let’s start with what they have in common.

Each speaker features a 19mm silk dome tweeter above a 160mm treated paper mid/bass driver. Both drivers are concealed behind a thin, stiff and reflective magnetic grille, and each driver is powered by 100 watts of class-D amplification.

That’s a total of 400 watts if you’re running a Series 3 stereo system – which, despite the rampant ongoing “power rating inflation” in the premium wireless speaker market, really ought to prove adequate in most circumstances.

The only other features of note on the 302 stereo partner is a nicely illuminated Linn logo beneath its glass top-plate, an input for mains power, and a socket that looks like an Ethernet connection but isn’t. 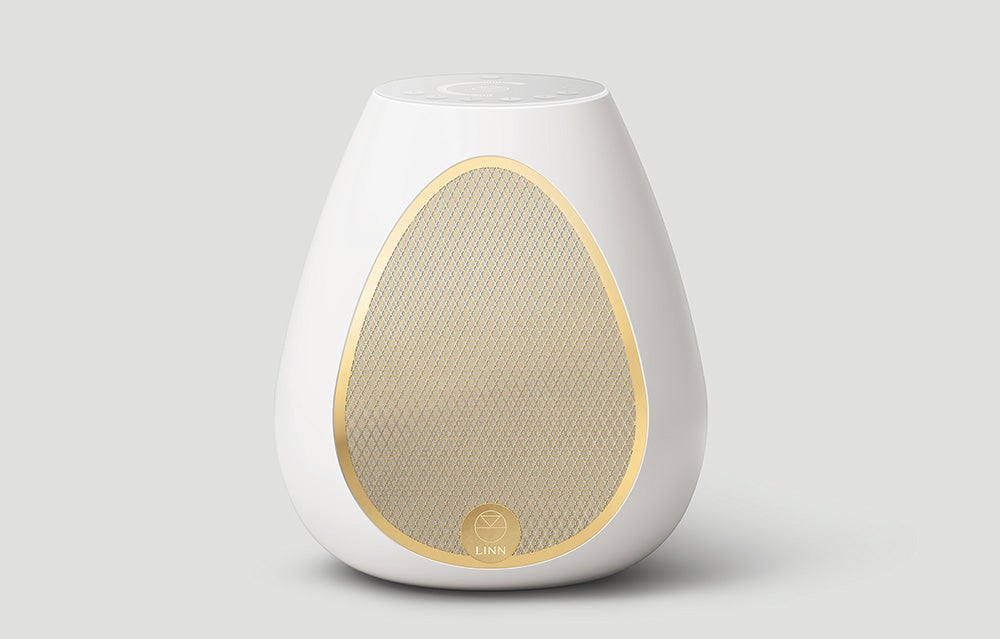 The 301, on the other hand, is where the action is. There’s a lot of scope for getting audio information into 301, since it caters for both wireless and wired sources. As far as wired connections go, there’s an HDMI ARC input (handy for incorporating a video source into your audio setup) and an Ethernet socket for absolute network stability.

There’s also another Ethernet-like socket, which is for making a physical connection to 302 in a stereo arrangement – this is Linn’s Exakt Link. There’s also a mains power input and a power on/off switch.

In wireless terms, there’s even more choice. As well as Bluetooth 5.0 and Apple AirPlay, the Linn/Kazoo control app means the user can integrate TuneIn, Qobuz, Spotify and Tidal accounts – although Linn has little in the way of patience with MQA, so Tidal Masters isn’t catered for. And Series 3 is Roon Ready, so all networked audio – to a maximum resolution of 24bit/192kHz – is available too. 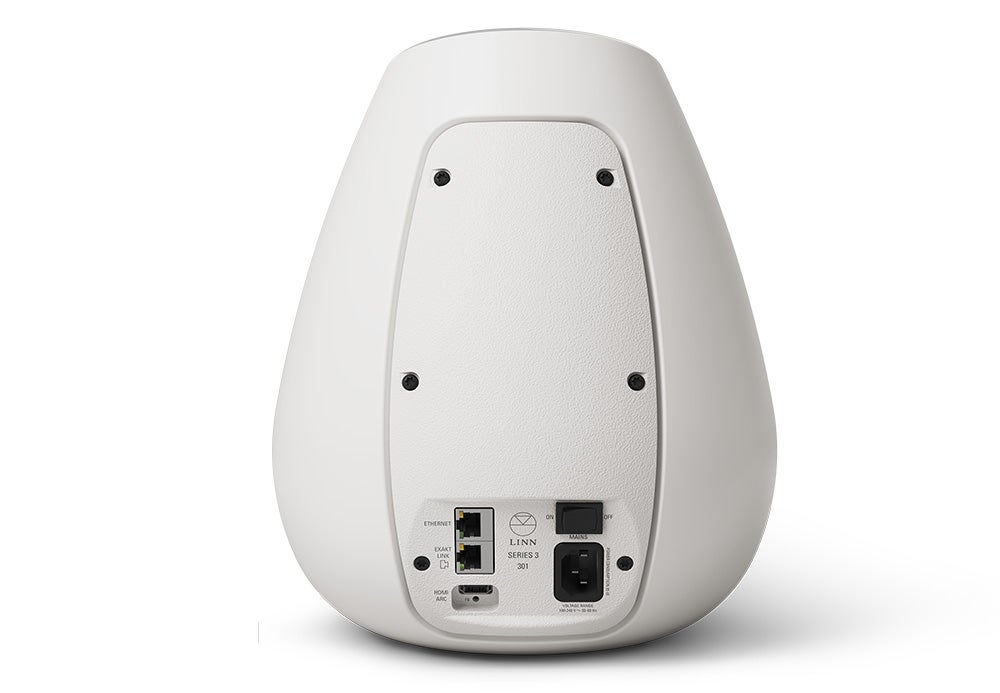 As well as the Kazoo app – which is fairly comprehensive, just the right side of legible and less crashy than some other high-end hi-fi brands have been able to manage – it’s also possible to use Bluetooth to integrate Series 3 into a voice-controlled setup. If you have a mic-equipped Google Assistant or Amazon Alexa device on your network, using your voice to control Series 3 is pretty straightforward.

Or there’s a selection of touch-sensitive controls beneath the glass top-plate. Setup, pairing and the setting of “favourites” can be done here, as well as gain control – the Series 3 has a very pleasing circle of 100 individual LEDs around its logo to indicate volume level.

Once the digital audio information is on board, it’s dealt with by Linn’s dauntingly thorough Exakt digital engine. This is a technology Linn introduced at the start of the decade, and it’s trickled down to Series 3 via some witheringly expensive and full-on Linn products.

Here, its mission is to preserve the audio information in the digital domain for as long as possible, and to ensure linear phase performance from the top of the frequency range to the bottom.

Put simply, because a full explanation would take a lot of writing and almost as much reading, the Exakt engine upscales any sub-24bit/192kHz audio information to that resolution, since it’s where Exakt does all digital crossover filtering. Then it’s upscaled again, to 768kHz, before being converted to analogue information an instant before it hits those power amps.

So far, it’s all been a bit of a departure for Linn. But in terms of sound quality, it’s unarguably business as usual – which means Series 3 is a thrillingly direct, information-packed and eloquent listen.

It doesn’t take long for Series 3 to lay its stall out. From the first few bars of Optimist by David Byrne and St. Vincent, it’s obvious that Series 3 has all the poise and power of expression to bring music vibrantly to life.

No matter if it’s the machine-generated rhythm track, which is all sharp, straight edges and punchy extension, or the closed-mic’d and conspiratorial vocal, the Linn makes all the information at its disposal sound natural and believable. The stabbing horn section that orbits the rest of the music is packed with detail of tone and texture, and the entire recording is knitted together expertly.

Switch to the twitchy energy of Heaven 17’s (We Don’t Need This) Fascist Groove Thang and the story is much the same. The Series 3 is rapid and controlled, defining the start and stop of the relentless percussion with the precision of an atomic clock. 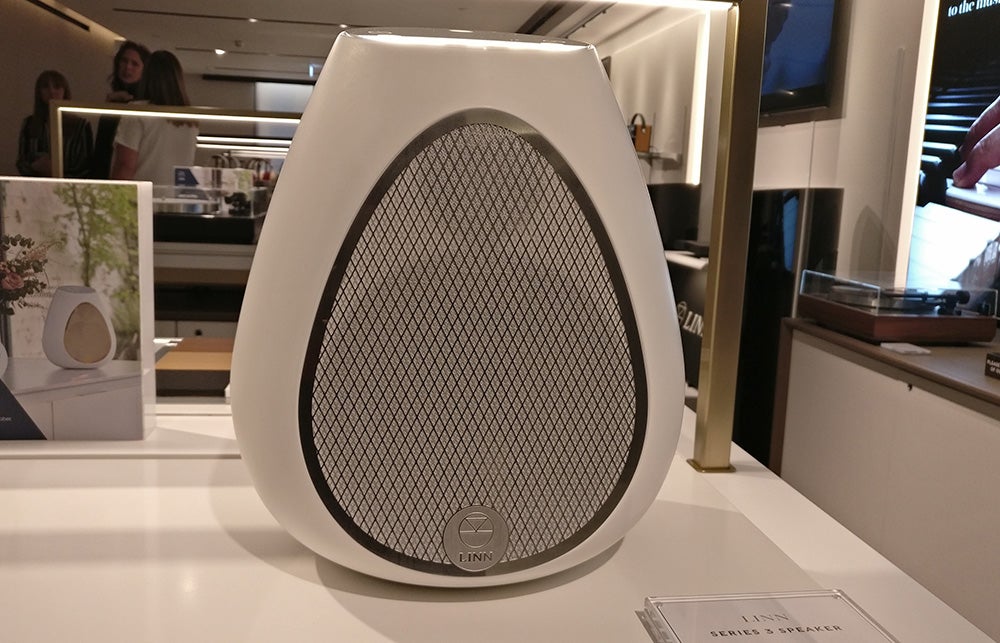 All of this startling accuracy doesn’t make the Linn sound in any way dispassionate or clinical, though; it’s completely in charge. Once through Miles Davis’ chaotic Black Satin proves it: the Series 3 is on that very short list of wireless speakers with the ability to make the random clatterings of the percussion track sound as if they have a plan. There’s bite and shine to these top-end sounds, too, but never any hint of coarseness.

In almost every other respect, the Series 3 proves adept. It hits hard enough to make the sweaty dance-floor stylings of Biznes Cat’s Bitching compelling, it’s deft enough to make the same tune sound like a unified performance rather than numerous individual elements lumped together.

A single speaker of 200W is enough to fill a medium-sized room with sound, and the Linn is dynamic enough to switch from pretty quiet to neighbour-bothering without too much difficulty. Really, only the power-crazed will find anything to underwhelm them here.

If you’re fortunate enough to have this sort of money to drop on a wireless speaker, there’s probably only one viable alternative to the Linn Series 3 – in terms of price, anyway. Devialet’s remarkable Gold Phantom is a two-and-a-half-grand show-off, almost ready to self-destruct under its formidable 4500W of power.

As far as visual drama, migraine-inducing levels of attack and ocean-dredging depth of bass goes, it has the Linn beaten. However, it’s a relentless listen, sounds relatively congested, and has little of the light and shade – or simple musicality – that the Series 3 is capable of generating. If you want a speaker that looks and sounds like it’s trying to take flight, though, the Devialet really is your only choice.

Line up a couple of Series 3s in a stereo arrangement and your list of alternatives is almost non-existent. Really, you need to consider Bowers & Wilkins’ Formation Duo (and you also need to consider what to do with the two grand you’ve saved) – £3499 gets you a thoroughly accomplished, if relatively undramatic-looking, pair of wireless stereo speakers with a lot of sonic qualities to recommend them.

Ultimately, they don’t have the almost supernatural precision and insight of the Series 3 stereo system – but are those abilities worth an extra couple of thousand pounds? If you’re lucky enough to be in the market, you need to hear them side-by-side and draw your own conclusions.