Just when you thought the debacle surrounding the 802.11n draft wireless specification couldn’t get any worse it now looks like the wait for a final standard could extend into 2008. As our very own Gordon Kelly reported earlier this month not only did the working draft specification fail to get the required 75 per cent of votes to make it to the final draft stage but the huge number of comments that the IEEE will have to trawl through means it’s likely that a second draft won’t make an appearance until 2007. Irrespective of this fiasco no vendor in this market can afford to be left out and we now take a look at the latest draft-n router and PC Card from Linksys. Whereas the Netgear DG834N router stood out for its overall design, the WRT300N and its bizarre aerial cluster will generate more than a few tedious questions.


The router comes with two standard aerials but also has a large paddle shaped assembly sitting in between them. No doubt designed to increase range it can be swivelled around easily so the unit can be positioned on its base or placed on its side and for the latter you get a small plastic stand to facilitate this. The router incorporates a four-port Fast Ethernet switch but for Internet access it has a standard RJ-45 Ethernet port so you’ll need a separate external cable or ADSL modem. 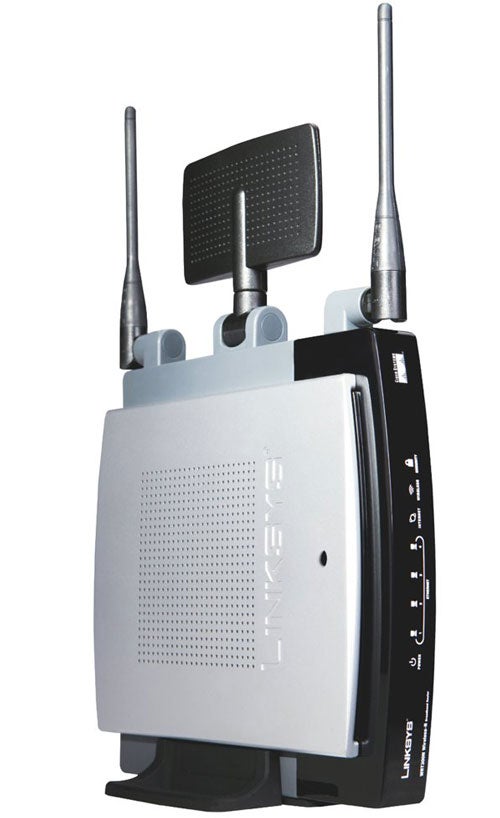 Linksys has installation down to a fine art and the router has colour-coded ports to help resolve any cabling conundrums. You can follow the CD-ROM based tutorial but all we did was connect the router to our test network and point a web browser at its default IP address. We used a preconfigured intelligent ActionTec ADSL modem and didn’t even need to set up Internet access for the router. The administrative interface is easy enough to navigate and opens with a page for entering general network settings and ISP details if you’re using a dumb modem.


General security is provided by a standard SPI firewall which is switched on by default and you can also choose to block proxy servers, Active X controls, Java applets and cookies. For the DHCP server we would recommend activating the option that reserves IP addresses for specific MAC addresses when they are first dished out. This way any systems that rely on having the same IP address assigned such as those in the DMZ or included in port forwarding rules won’t have any problems. Up to ten policies can be used for restricting Internet access and each can contain a schedule, a list of PCs defined by their MAC or IP address and a URL or keyword list. If you’re looking for parental controls then don’t bother with these as you can only add four URLs and four keywords to each policy. However, each policy can now also block up to three applications where you select a service and port range or add you own custom applications.

QoS (quality of service) features look good as they can be now be applied to applications, voice devices, individual MAC addresses and even a specific Ethernet port. The wireless access point can be enabled and disabled if required and there are plenty of security features on tap. On offer is SSID masking, MAC address filter lists and WEP and WPA/WPA2 encryption which is offered as WPA Personal and Enterprise with the latter requiring an external RADIUS server for user authentication. You also have options for choosing one or both of the 20MHz channels provided for draft-n operations.


The WPC300N PC Card was easy enough to install in our 1.6GHz Fujitsu Siemens notebook running Windows XP SP2 and the routine loads a utility for scanning the airwaves and latching on to a selected access point. Usefully, it creates a profile for each access point when you connect and if encryption is active it advises what type it is and asks you for the key. 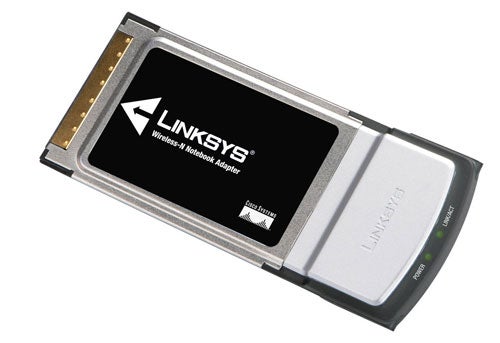 Testing in our standard residential environment produced some disappointing results. We already know that the claimed rates for 802.11n are complete codswallop but Linksys even fell behind the draft-n routers from Netgear, D-Link and Buffalo. We used the open source Iometer utility to measure read performance with a Supermicro Pentium D 3.2GHz PC on the LAN. With no encryption over a two metre line of sight connection it reported a low average raw read throughput of 58Mbps. WPA2 encryption took a small toll as the same test with this activated returned 53Mbps. Real world performance wasn’t good either as copying a 691MB video file from the laptop over a close range open link to the PC took 118 seconds for an average speed of only 47Mbps.


Increasing the range also proved problematic as moving the laptop to the floor below and placing two brick walls in the way saw raw performance over an open link drop down to only 36Mbps.


Linksys delivers a good range of features with plenty of wireless security options and useful QoS capabilities but if you must buy into draft-n then for now the Netgear DG834N is a better choice for overall performance. 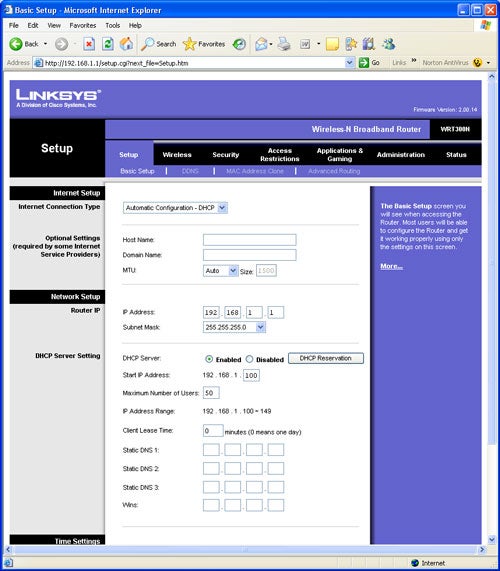 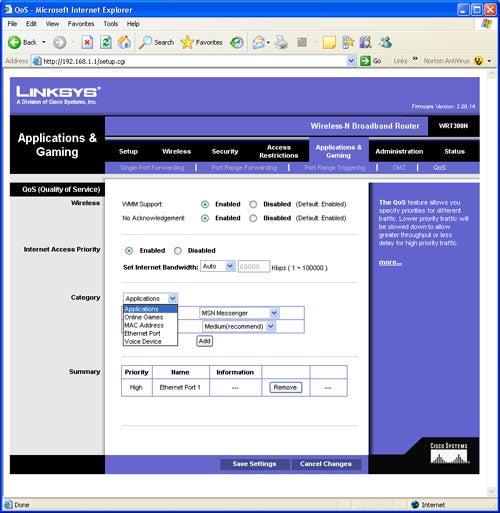 The QoS page allows you to select applications, voice devices and even an Ethernet port for traffic prioritisation 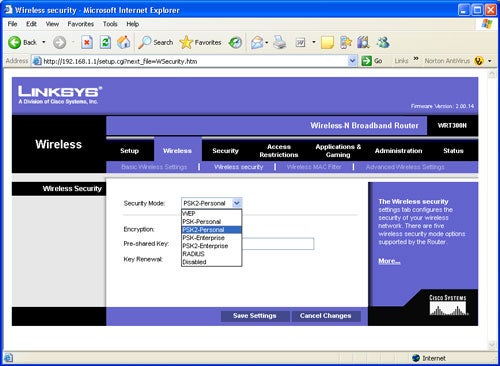 Wireless security features are all present and correct 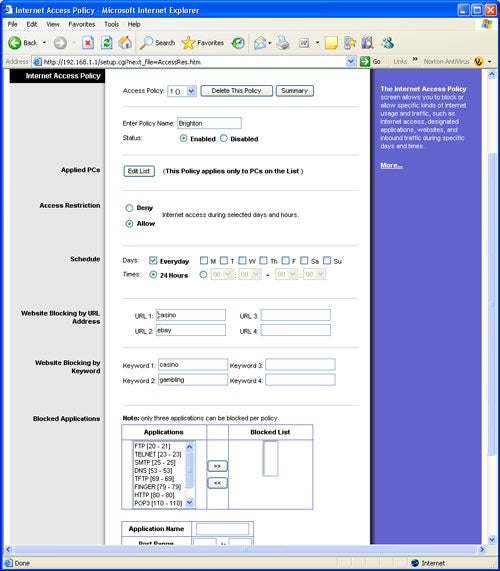 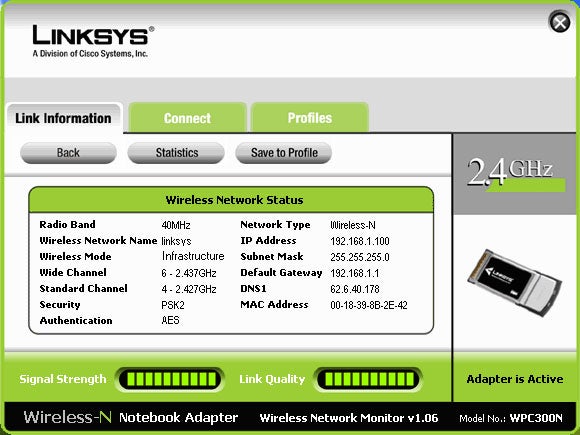