The Lindys offer classy looks and decent noise cancellation for the asking price, but the sound quality is muddled unless ANC is switched on. They're solid performers for less than £100, but far from perfect.

The Lindy BNX-100XT are headphones for those who would really like the Sony WH-1000XM4, but can’t afford them.

However, there’s a massive gulf between how the Lindy BNX-100XT sound with active noise cancellation on and off. Bass is a bloated, soggy mess without ANC. Thankfully, they perform better with it switched on.

But turning it on introduces another sound issue. Nevertheless, the Lindy BNX-100XT are still a solid choice if you want a pair of good-looking full-size headphones for less than £100.

The Lindy BNX-100XT are currently available in just the UK and Irish markets for an price of £99.

Lindy has made affordable alternatives to the most popular headphones of the day for the best part of a decade. And its models usually hang around for a while.

However, the Lindy BNX-100XT are an update to the BNX-100 released in 2020. This new pair has USB-C charging, and Lindy claims they use a new driver for better sound. 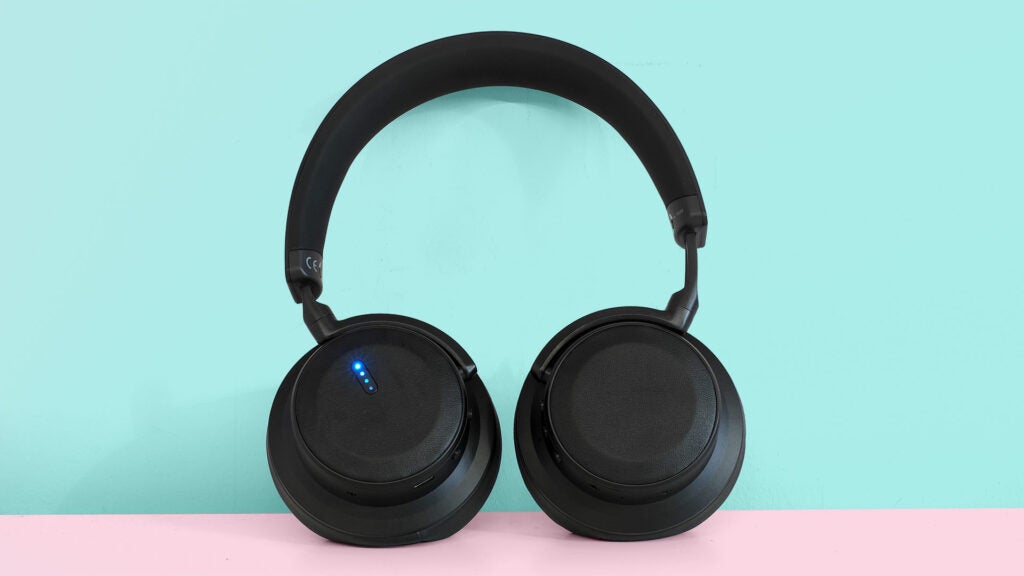 They’re otherwise very similar, and that’s no bad thing. The Lindy BNX-100XT don’t look out of place next to far more expensive pairs such as the Sony WH-1000XM4 and Bose QC35 II.

The pads are large, faux leather-topped foam, and there’s an additional piece of synthetic leather on the back of each cup. It feels, and probably looks, better than the matte plastic Lindy might have otherwise used.

Lindy takes cues from Beats for its headband, with padding covered by a high friction soft rubber rather than faux leather. This helps to keep the headphones in place on your head. Relatively slender rubbery padding such as this can cause ache after a while, but the only minor issue I’ve encountered with the Lindy BNX-100XT is some ear discomfort after several hours of listening. 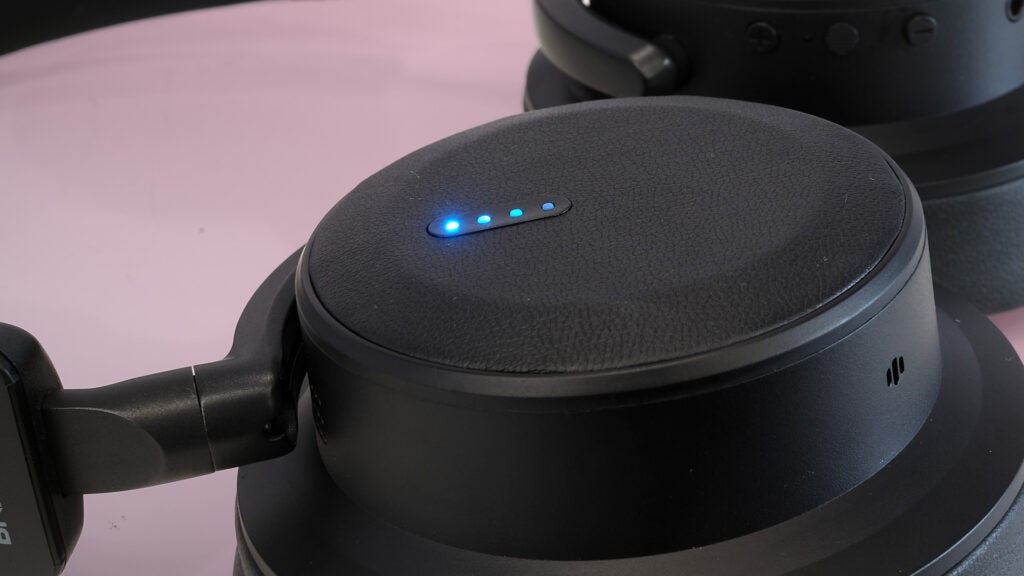 This is a result of the pad shape. Oval pads are a better fit for most ears, as opposed to the circular style of those on the Lindy BNX-100XT. But I’ve been happy enough wearing the headphones more-or-less all day. There will be zero problems for runners, too. I took them on an hour-long run without issue. They stay on your head just fine.

When it comes to the BNX-100XT’s controls, Lindy keeps things simple. There are no touch-sensitive buttons, and no gestures to learn. One cup has a switch for  active noise cancellation and a button to activate the transparency mode. This switches off ANC and passes some external sound, heard by the headphones’ microphones, through to the drivers.

The other cup is home to the standard three-button volume and playback control array, the kind you might get on an in-line remote, plus a 3.5mm socket for wired use. Buttons may be out of fashion, but you can’t argue with their simplicity. Once the buttons’ positions are logged in your muscle memory, the Lindy BNX-100XT are easy to use. 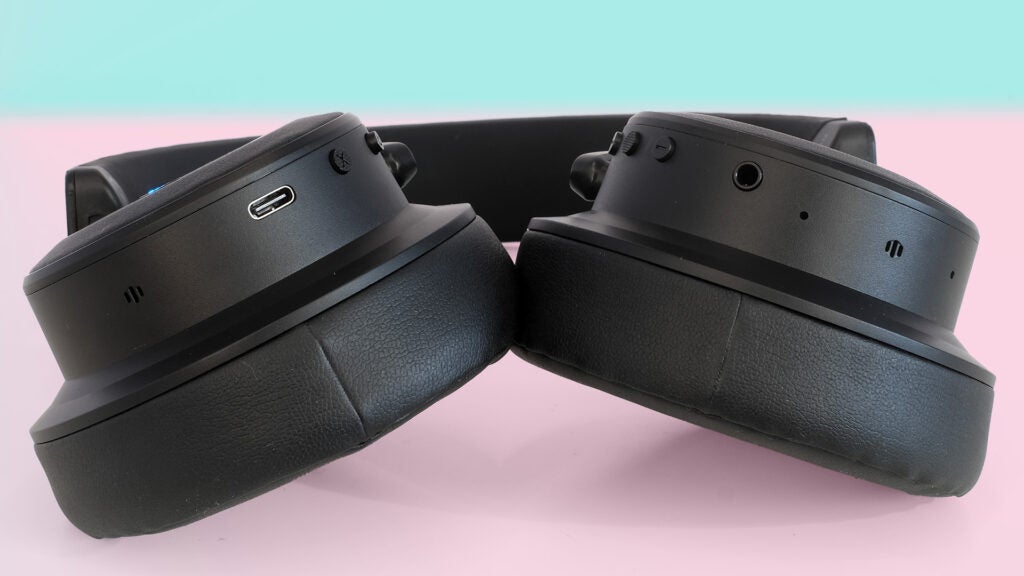 The Lindy BNX-100XT have a lot of features for a pair of sub-£100 headphones. There’s active noise cancellation and the transparency mode already mentioned, plus auto-pause, aptX support, and a four-LED indicator on the left cup that indicates a rough battery level.

Auto-pause stops your music, podcast or radio stream when you take off the headphones, or remove the right pad from your ear. It’s where the sensor lives. I’ve never been a fan of this feature, and perhaps never will be. There’s no way to disable it, since the Lindy BNX-100XT do not have a companion app. But I assume I’m in the minority here.

Active noise cancellation is the main event, and it’s very good for a fairly affordable pair of headphones. You don’t get the eerie quiet of the Sony WH-1000XM4 or Bose Noise Cancelling Headphones 700, and ANC introduces a noise bed that’s obvious in a quiet room. But it still fulfils the primary role of ANC. 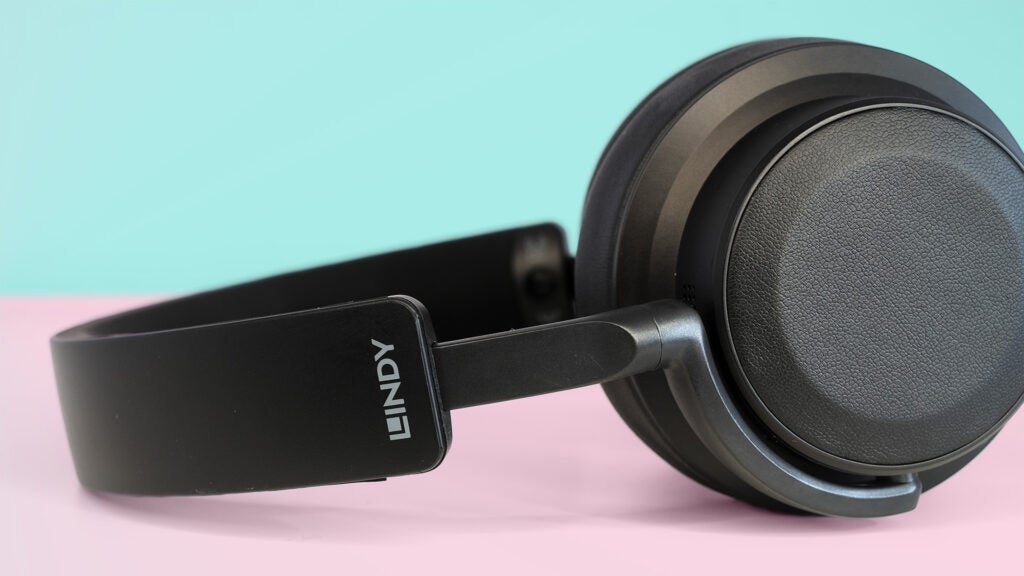 Wear the Lindy BNX-100XT on a bus, or on a train or airplane, and the low-frequency din that shouts over your music is largely neutralised. I did notice that some ultra-low sub-bass frequencies tend to spill over the noise gate. However, the active noise cancellation here is useful, it’s welcome, and it’s good.

Battery life is below the level expected from a new set of headphones, though. Lindy says the BNX-100XT last for up to 12 hours with everything switched on – this includes wireless and ANC. This bumps up to 15 hours if you turn off ANC, and up to 30 hours if used with a cable and ANC.

The Lindy BNX-100XT seemed to last a fairly long time, even after I’d accidentally left the ANC on overnight – since the feature has a dedicated switch, this is easy to do. In a battery run-down test, the Lindy BNX-100 XT lasted more than 14 hours using ANC and Bluetooth, which is a good chunk better than Lindy’s 12-hour claim.

I have no major issue with this sort of stamina in actual use. Nevertheless, the rival Soundcore Life Q30 last for 40 hours with ANC, or an amazing 60 hours without. 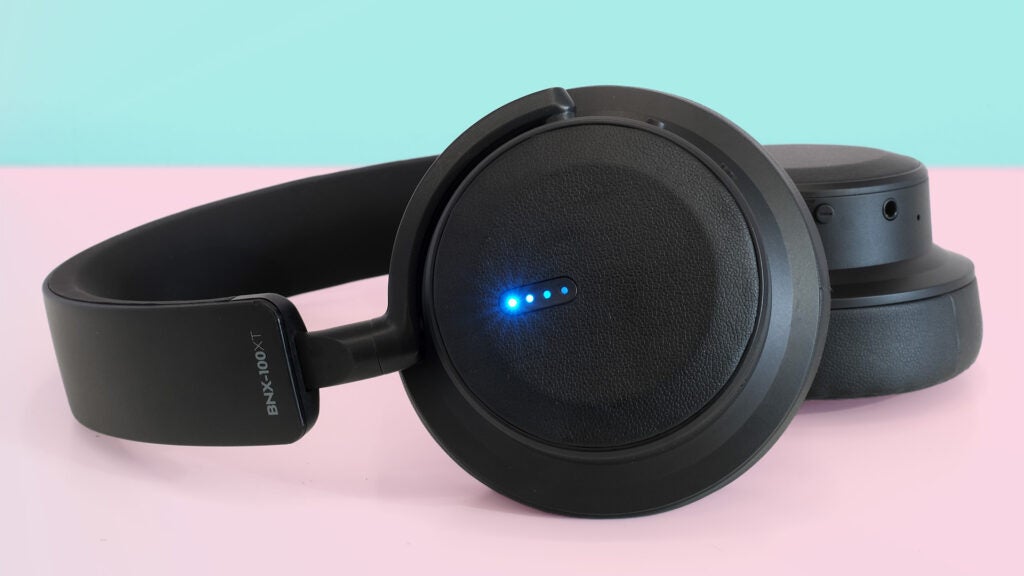 The Lindy BNX-100XT are home to 40mm dynamic drivers, and their sound changes drastically based on whether or not you use active noise cancellation. A slight change – particularly in cheaper pairs – is common. It’s a little like looking at two photographs, one with a slightly different tone and level of sharpness to the other.

Here, it’s more like one is a picture of a plate of steak and chips, and in the other the steak is slathered in maple syrup, the chips poking out of a small mountain of squirty cream.

There’s masses more bass to the Lindy BNX-100XT sound with ANC switched off. Plenty of people are fans of bassy headphones, but this bass is the soft, squishy and wobbly kind, with a slow decay and boomy character. 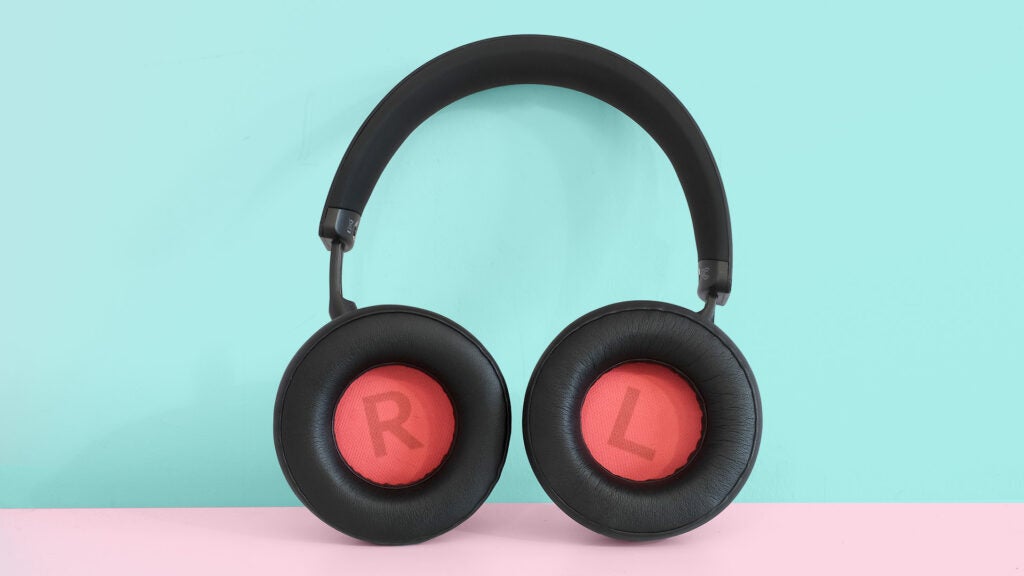 Turn on ANC and the bass boom disappears completely. All the fat is sucked out of the sound. The bass ends up far better controlled, but may appear too lean for many.

There’s very little sub-bass power, and it leads to a sense that the Lindy BNX-100XT are a little flat in terms of dynamics. In a direct comparison with the Audio-Technica ATH-MX50BT, one of my favourite pairs of sub-£200 wireless headphones, the Lindys are far less engaging and vivacious.

That said, the Lindy BNX-100XT do sound detailed, clear and reasonably well balanced with ANC engaged. 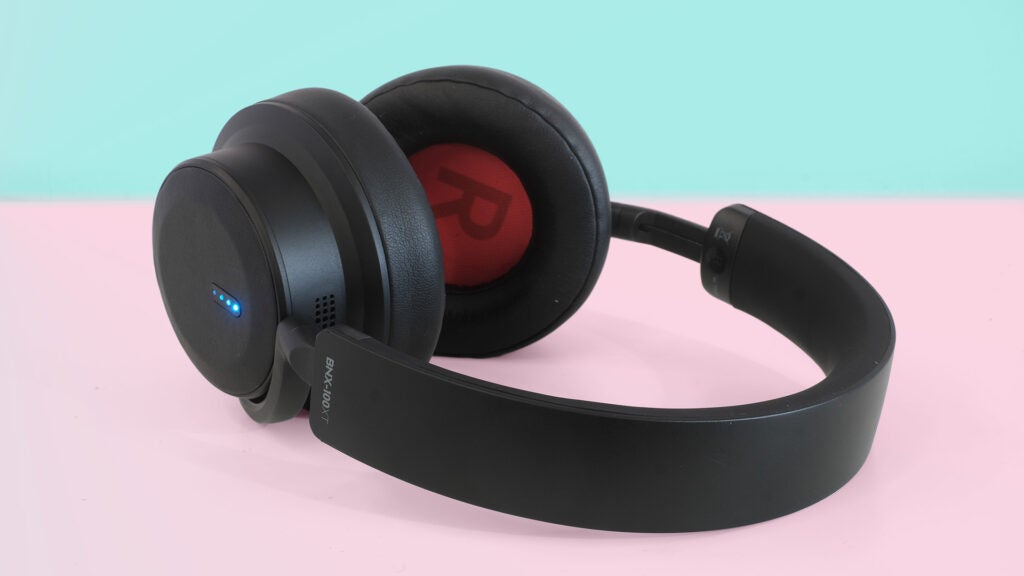 There’s just one other tonal issue. The headphones’ mids seem to have been formulated with the bassy “ANC off” signature in mind. There’s only minor treble sibilance here, for this class, but the Lindy BNX-100XT’s upper-mids can bark at higher volumes, which is fatiguing. In its bassier mode, the lower frequency bulk acts like cladding for the mids, softening their edges.

I also find myself bumping up the volume here more than usual. The limited dynamics may see you do the same, to get the impact your ears are after.

The Lindy BNX-100XT are an odd pair of headphones. They sound either too bassy and boomy, or most likely too lean for this kind of headphone. However, the audio is solid at the leaner setting because I wouldn’t say they sound outright thin.

If that’s a turn-off, consider the Urbanista London or the golden oldie (but non-ANC) Urbanista Seattle Wireless headphones.

You should buy the Lindy BNX-100XT if…

While their ANC is far from the most effective around, introducing some noise, it’s still useful on public transport, for example.

Design and noise cancellation are the Lindy BNX-100XT’s highlights. These are are headphones that look good, too.

You shouldn’t buy the Lindy BNX-100XT if…

Sound quality is mixed. The Lindy BNX-100XT are boomy miscreants with ANC switched off, and probably a little too lean with it turned on.