What is Lightwave Generation 2?

Lightwave replaces the dumb, old light switches and power sockets in your home for smarter units that you can control via your phone or a voice assistant. There were two problems with the original system: compatibility with LED bulbs was patchy; and the protocol was stateless, so you couldn’t see if a device was turned on or off, for example.

Lightwave Generation 2 fixes both these issues, whilst maintaining the quality build and design of the original. It even bundles in HomeKit support. The downside is that the system requires a new hub, the Lightwave Link Plus, and there are few accessories available right now.

With the Lightwave system, you replace your existing light switches with smart ones. That way, you get gorgeous-looking switches on the wall that control your existing bulbs. Smart bulbs such as Philips Hue might offer colour-changing tricks, but the optional remotes that come with the system are plastic and don’t look as good.

The Lightwave Generation 1 switches looked super-attractive, and the Generation 2 Smart Dimmers maintain the same quality build. Finished in brushed steel, the switches look every bit like high-end designer models. The only slight disappointment is that, currently, this is the only finish available. The previous generation offered a range of options.

Lightwave has refined the switch’s design slightly, and the Generation 2 products have a single LED that glows red when the switch is off and blue when it’s on. Switches are available in one- and two-gang options (£60 and £100, respectively), depending on the number of lights that you want to control.

Since UK light switches typically don’t have a neutral cable, the switches are dimmers, and as such have power running through them at all times. This means you need dimmable bulbs installed in your light fittings for the sockets to work.

The original generation switches were finicky about the bulbs with which they’d work, and I had a few LED models that still glowed brightly with the switch turned off. With the new generation, LED bulb compatibility has improved significantly. Fitting the new light switch in a room with four GU10 bulbs, I noticed that there was a very slight amount of light emanating from them with the switch turned off; it was noticeable only in the dead of night. Replacing the bulbs with Philips-branded models eliminated this issue entirely.

My advice is to see how your lights perform and, if you have any issues, replace your bulbs with branded models.

Lightwave switches are quite deep, so they’re now shipped with 10mm black spacers. Once fitted, this results in the switch protruding from the wall slightly. Overall, however, they look neat enough, providing those precious few extra millimetres to fit everything in place. 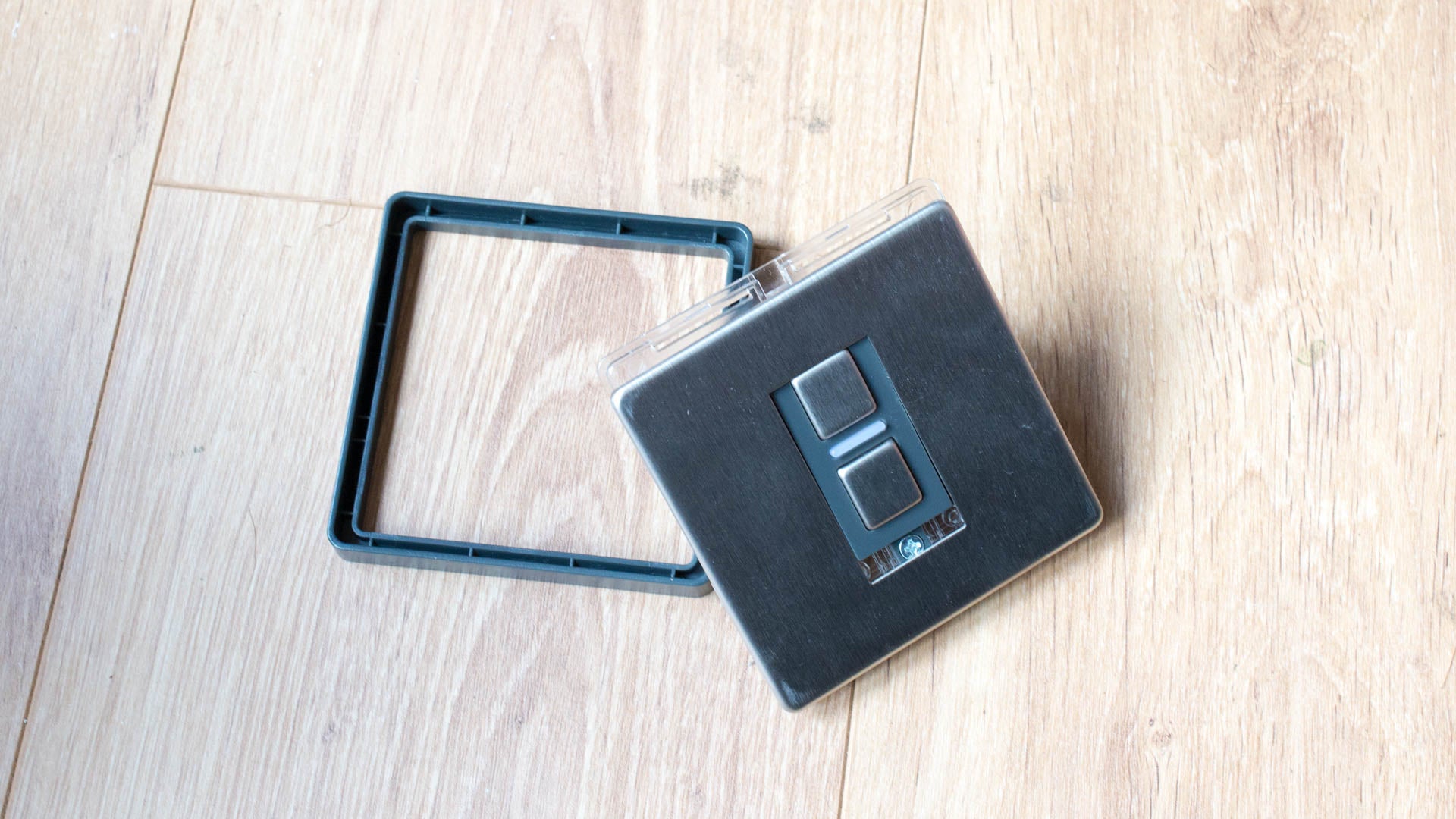 As with the previous generation, the Lightwave Generation 2 also comes with Smart Sockets, which replace your regular power sockets. Currently, only double sockets are available (£60); the original Lightwave kit had the option for single sockets. Smart Sockets have a similar styling to the light switches, sporting a stainless steel front.

Each socket has a single button that toggles it on or off, and each socket appears as a separate device in the app. They can be locked remotely, preventing children from turning them on or off. And they’re a great way to control plug-in devices, such as lamps.

The Smart Sockets, too, are quite deep. As such Lightwave ships them with a 10mm spacer to provide a bit more room if your current wall boxes are a little shallow. 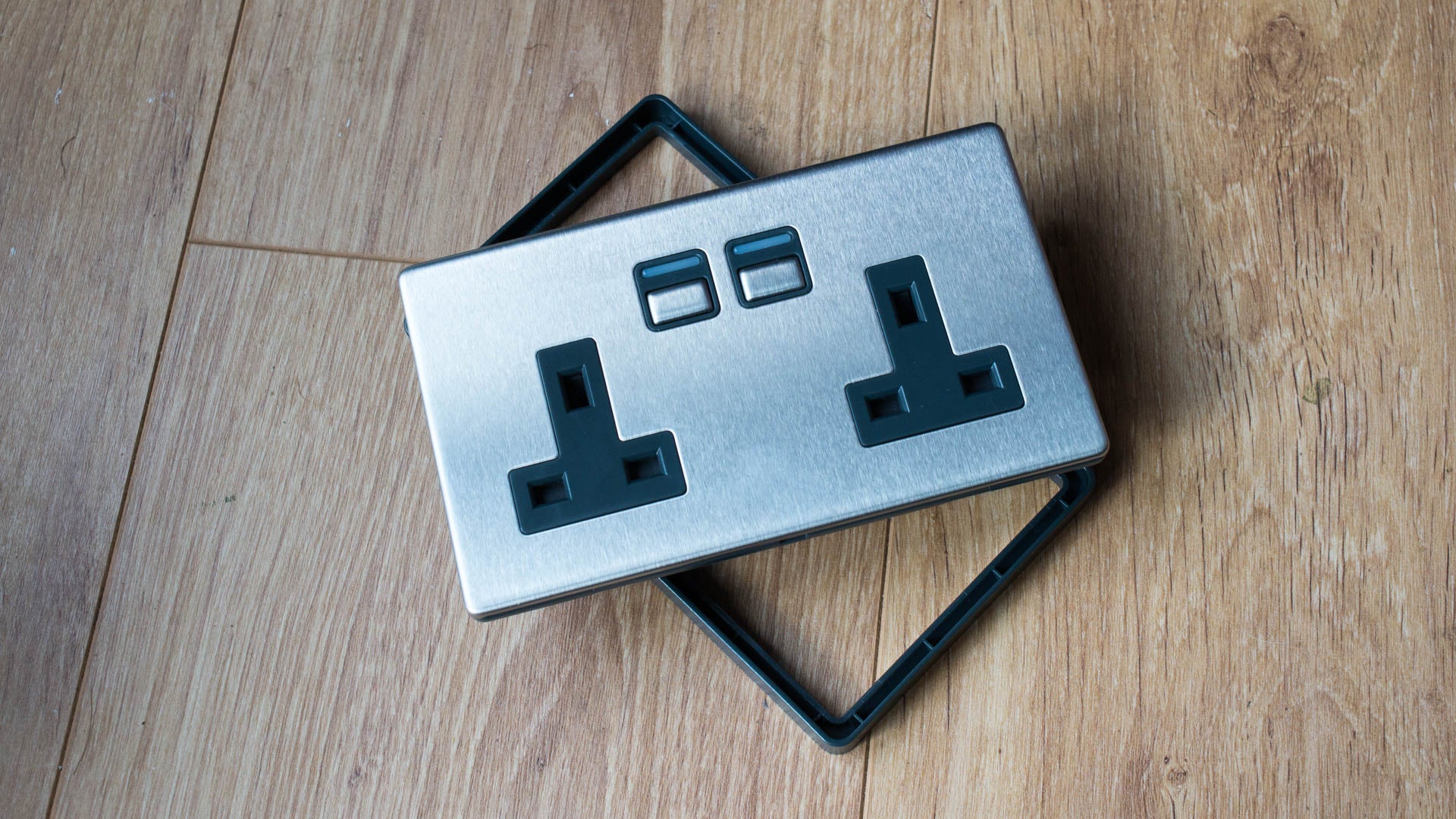 Lightwave’s beauty is that it doesn’t expect you to change the way you normally do things. So, walk into a room and you can tap a light switch to have it come on, or hold down the buttons to increase or dim the lights. It’s great to have this level of control, since it’s often easier to turn a light on manually than to use an app. 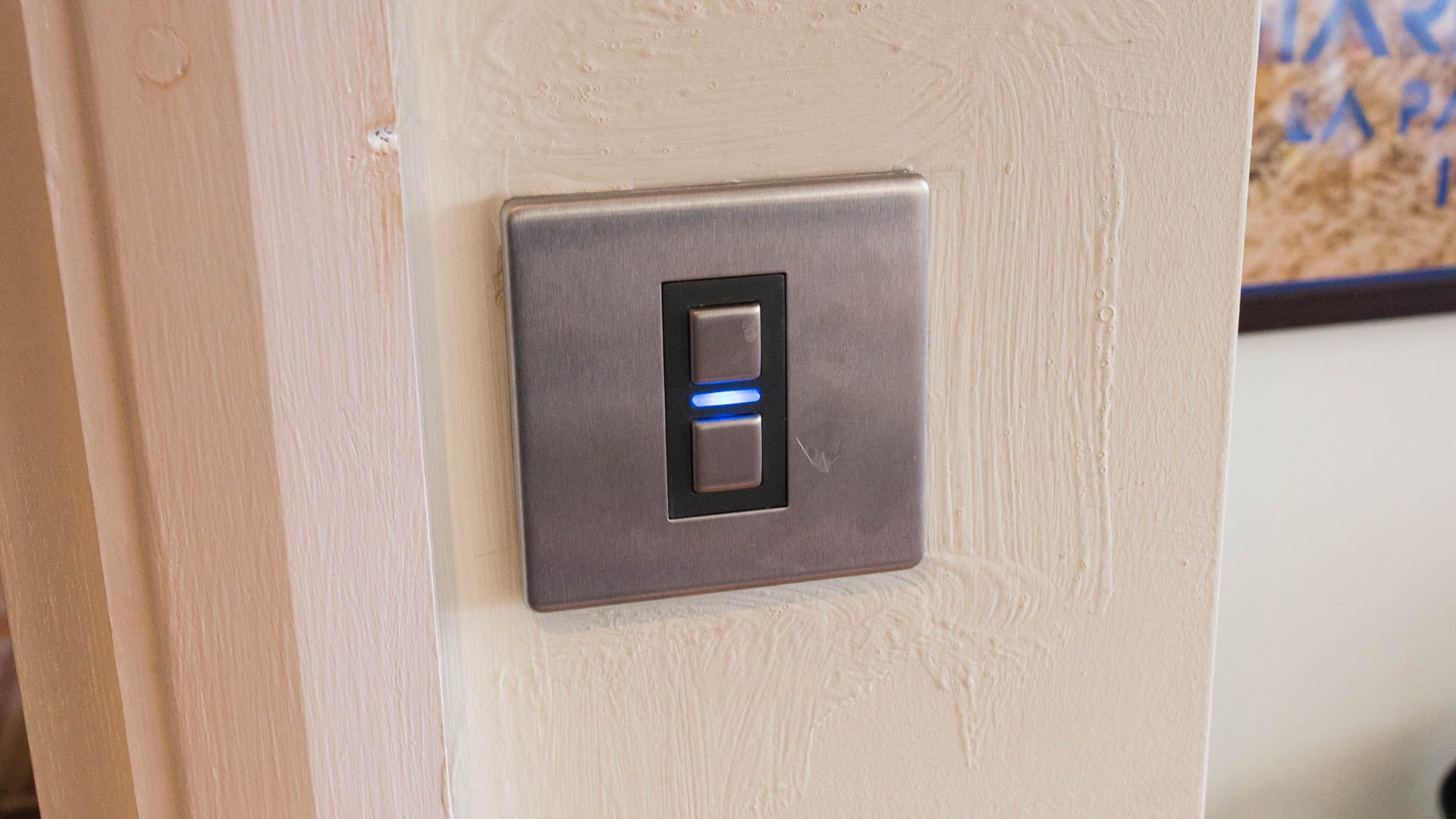 Currently, there are no accessories for Generation 2 switches. Generation 1 had scene controllers to set pre-defined lighting moods, and dedicated remote controls.

This means that all control is via the manual switches, the app or voice control. Using these features means installing the Lightwave Link Plus bridge (£130). Conveniently, the Link Plus is compatible with Generation 1 products, so you can mix and match products or upgrade an older installation. However, Lightwave doesn’t provide a way of migrating devices neatly, so you’ll need to configure everything from scratch. 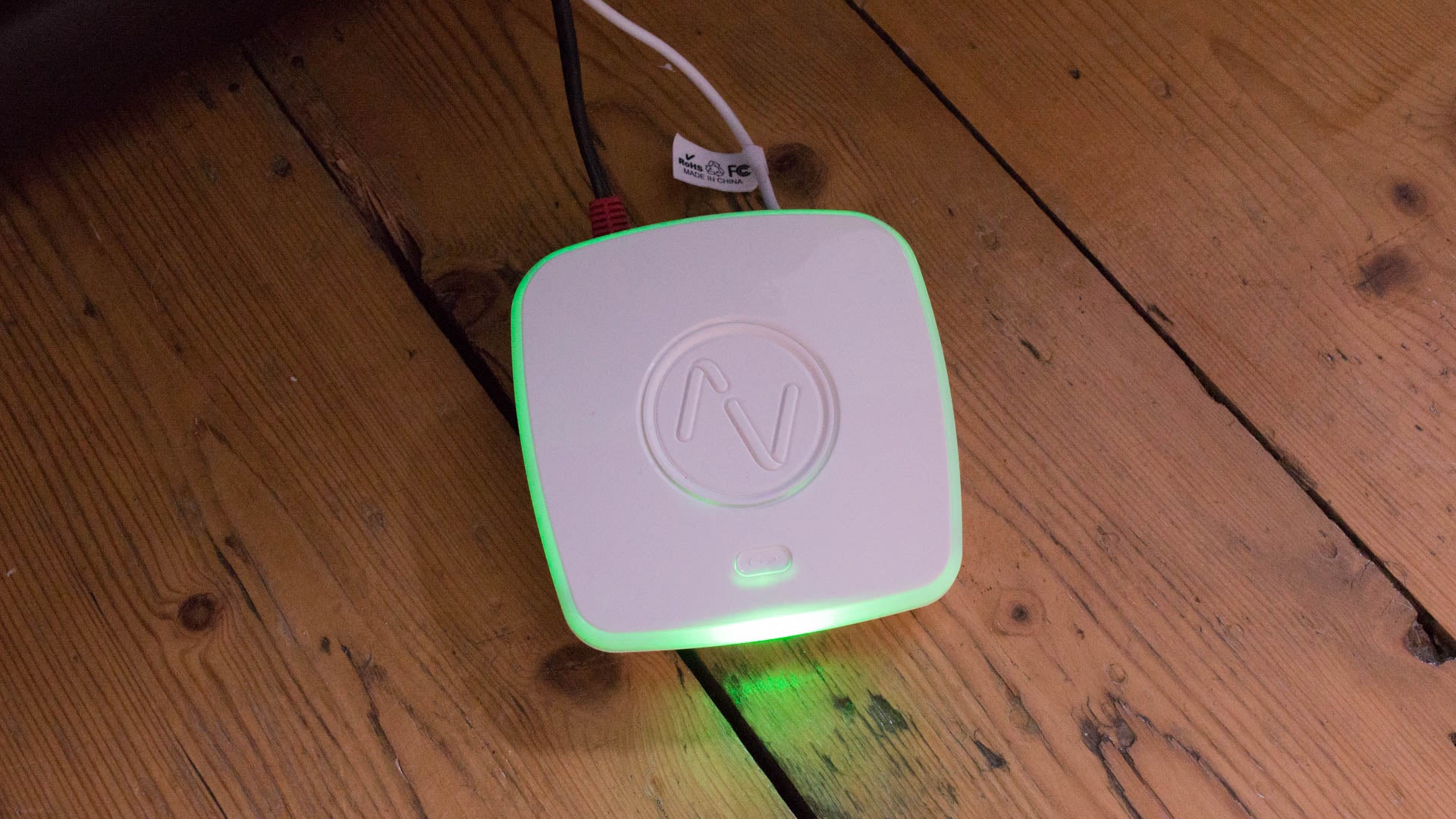 To be fair, setting up devices is pretty easy in the new app. They can be added to the new Favourites section for quick access, and organised into a Room, making it easy to locate your devices. 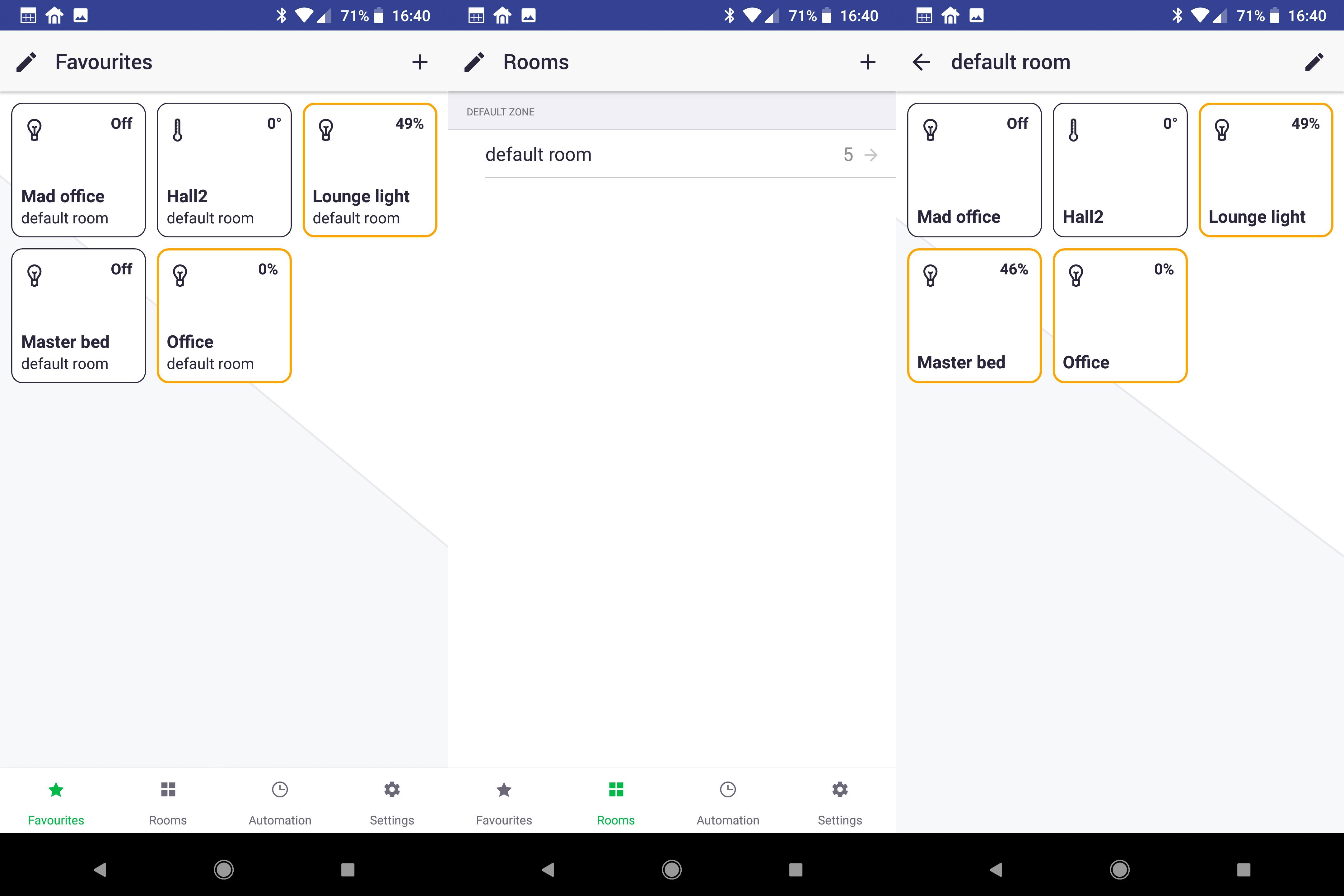 From the app, you just tap a device to toggle it on or off. For the Smart Dimmers, you can long-press and then use the slider to set the brightness level you want. Generation 2 devices display the current state, and Smart Dimmers return to their last set brightness level when you tap them on. Generation 1 devices appear in the app, but their state can’t be read. Instead, it displays the last setting you used through the app – although this could be wrong. For example, the app showed that my Lounge light was set to 49% when it had been manually turned off using its physical buttons.

From the app, you can automate your devices, choosing when they should come on or off. There are Dawn and Dusk options, or you can set a specific time if you prefer. This is a neat way of automating your lights, particularly if you’re on holiday and want it to look as though someone is in the home.

The big change with Lightwave Generation 2 is that it supports Apple HomeKit, so you can control your lights and sockets using Siri or the Home app. Annoyingly, only Generation 2 products can be controlled this way; Generation 1 products aren’t detected.

Using the app, you can automate your light and sockets however you like. For example, you can set the system to automatically power off everything when you leave home. Apple can also use the state of your devices to trigger other actions. For example, turning on one light can trigger other lights to come on automatically. Siri voice control works well, but the lack of Generation 1 support could be limiting in some households. 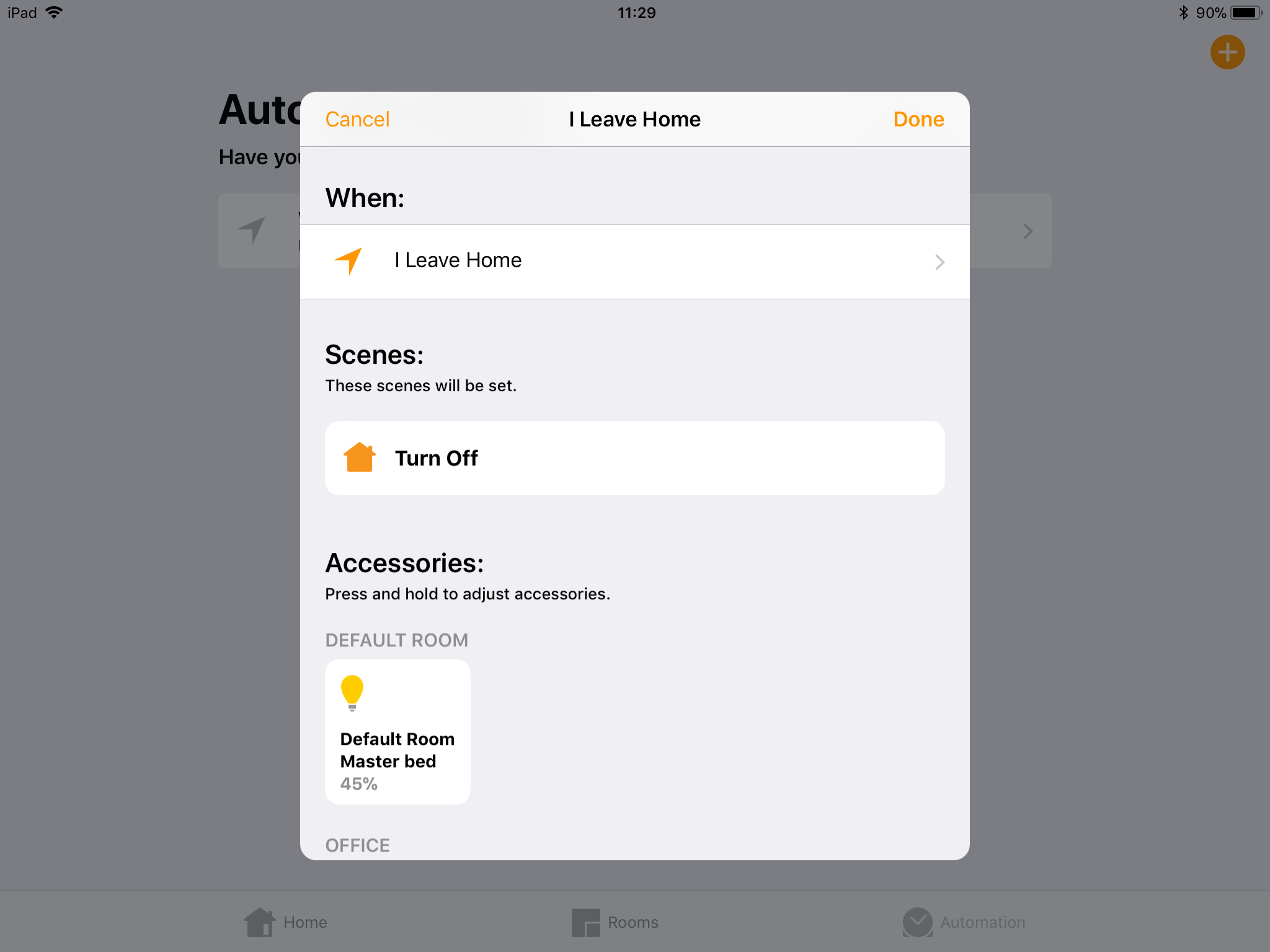 Amazon Alexa support is better, with the new Lightwave Link Plus skill supporting both Generation 1 and Generation 2 products. Toggling your lights and sockets with your voice is natural and easy.

Lightwave products respond quickly to the app (both at home and when away), and to voice commands. There’s very little lag in the actions, so controlling your lights or sockets is simple and quick. And, since the products finally now offer state information, you can both confirm that an action has worked – useful when you’re away from your home – and view the current status of your devices.

Should I buy Lightwave Generation 2?

Better hardware and a cleaner app make the Generation 2 kit interesting, particularly if you want to use Apple Home. I like the wider LED bulb support, too.

Philips Hue arguably offers greater choice for lighting options, but the downside is that its accessories and switches don’t look as good. If you want a high-end installation and are happy controlling normal lights, Lightwave Generation 2 is a great system.

If you’re starting from scratch, it’s the smart light switch system that I’d choose. For people upgrading from Generation 1, the lack of additional accessories such as remote controls is a little disappointing.