Lights don't have to functional, they can be fun, as the LifeSmart Cololight Pro shows. Made up of a set of LED panels that you put together in the order you want, this lighting set lets you create the layout that you want. As well as showing static colours, dynamic effects add some interest into the mix and you can even have the lights change colour in time with your music. A base, rather than a wall mount, means that you can change the lights when you want, but the system is let down by an app that proved to be slightly flaky in our tests.

The power of LED lighting means that light doesn’t just have to be functional, it can be fun. I’ve seen this before with customisable smart LED panels but most of these products have to be stuck to the wall. The LifeSmart Cololight Pro makes things slightly easier, as you can build up its panels in any pattern using the provided stand, giving you a smart and fun light.

Slightly flaky software and a slightly cheap look to the product slightly reduce the charm but if you want a light source that you can modify and change, this one is great value.

LifeSmart Cololight Pro Design – A bit cheap looking when off, much cooler when turned on

The LifeSmart Cololight Pro comes as a pack of three light panels with a plastic base or a six-panel version with a stone base that I’ve reviewed here. I prefer the latter, as the extra panels give you more options.

Each LED panel is a hexagon, with connectors on each end. The first panel is connected to the USB power cable (there’s no wall adaptor in the box, so you have to provide your own), and then you attach the other ones in the order that you want to create your own pattern of lights.

Make sure that you follow the instructions, as there’s a very specific way that the panels must be joined, with two types of connector in the box: the long connectors deliver power, and the short ones are there for stability only. 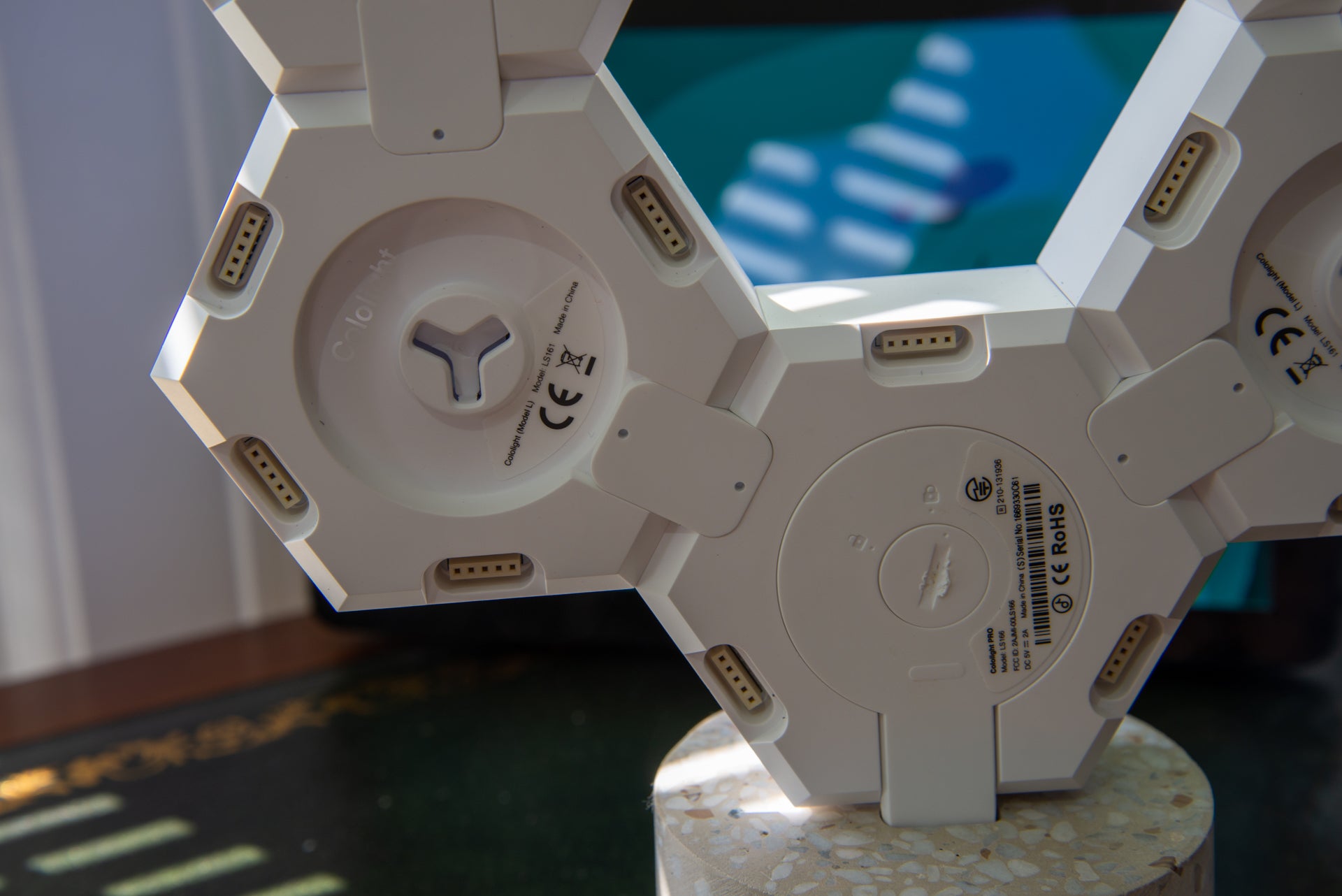 You can lock together the lights in almost any order

The benefit of this system is that you don’t have to attach the panels to the wall as you do with the rival Nanoleaf Canvas system. But, the downside is that the LED panels look a bit cheap when they’re turned off, and they’re more noticeable on a stand than on a wall.

There’s a touch button on the rear of the power connector that turns the lamp on or off and cycles through some effects. Having a physical control is neat but the touch one is near-on impossible to feel for, so turning the light on or off with this method typically means turning it awkwardly around.

Once you’ve got your light assembled, control takes over in the smartphone app. First, you have to pair the light with your phone using Bluetooth, but you can then connect the LifeSmart Cololight Pro to your Wi-Fi network. Once connected that should be it, but I found that the light frequently lost its connection and I had to unplug it from its USB adaptor and reconnect to get the light working again.

Inside the app, you get access to the full array of controls, including dynamic and static settings. Static settings let you simply set the light to one colour. 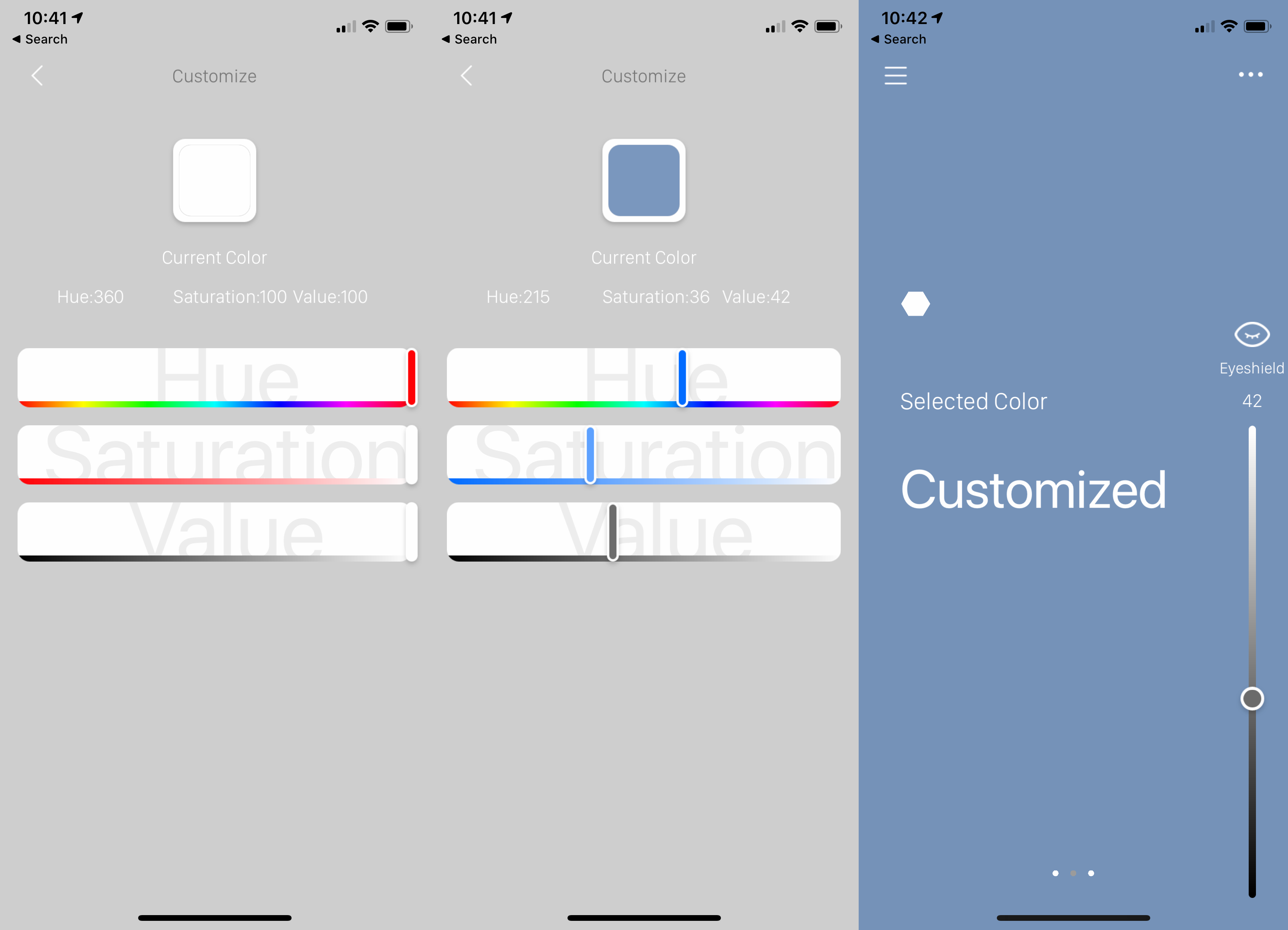 Basic controls let you set your lamp to a single colour

If you want to set each panel to a different colour, you first have to go to My Library, then you manually have to draw the shape that you’ve created, then you can finally set each panel to a different light. Well, you can do with most shapes, but some create pairs of colours and I couldn’t find a way of overriding them. The Nanoleaf Canvas is neater, as it automatically detects the shape and layout of your lights. 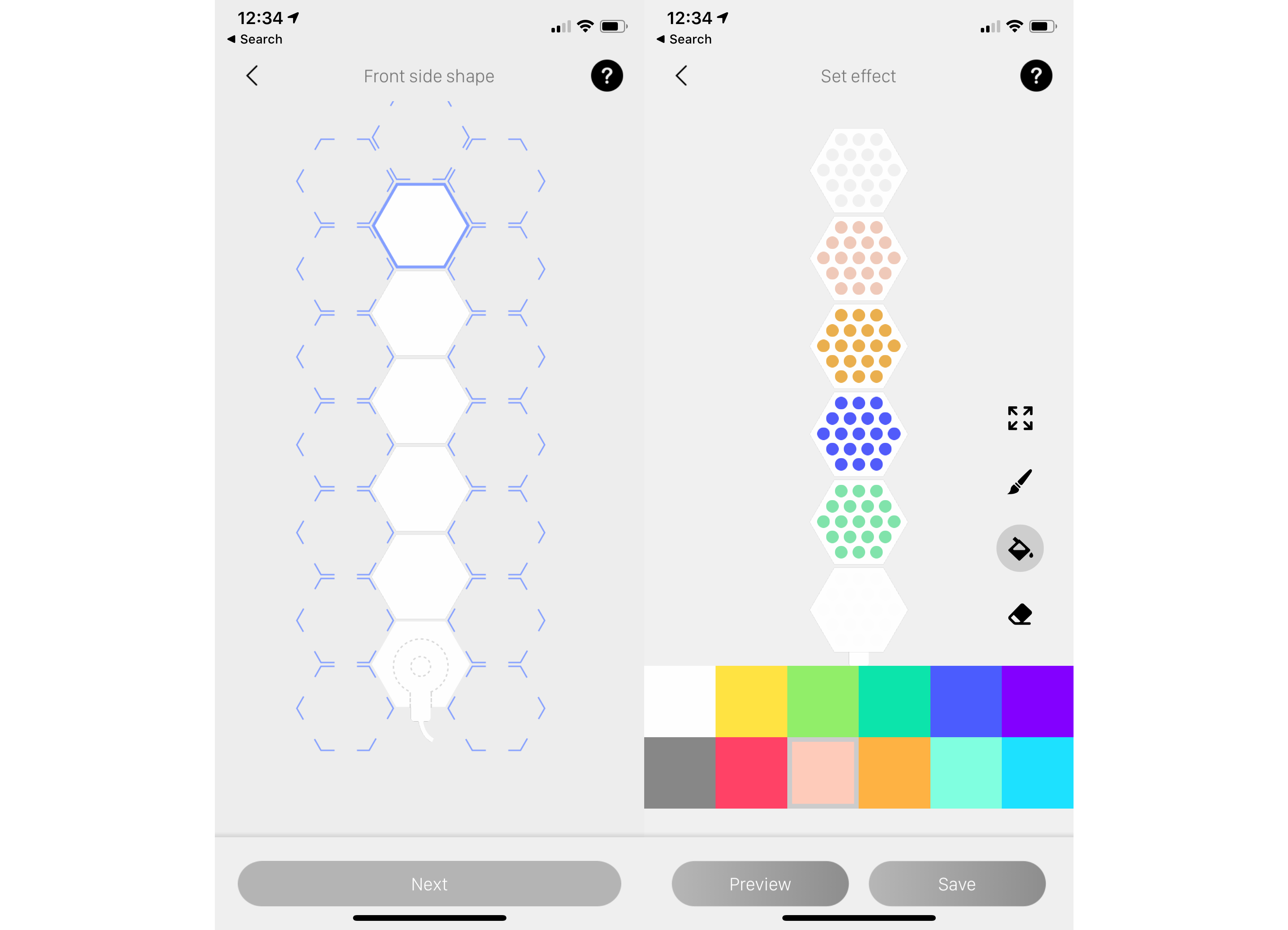 There are also dynamic effects, with the LifeSmart Cololight Pro able to show swirling or shifting colour patterns on screen. You can use the predefined ones or create your own, selecting the colours you want to use and then the type of colour movement.

LifeSmart also has a labs section in the app that lets you download and use new patterns, although not all will work. For example, I tried to use the Snowfall pattern but go an error message saying that there wasn’t enough ‘distance’. Distance is set manually and is how many panels away from the main one your pattern goes. Stack the six in a box upright, and you get a distance of six, for example. Again, Nanoleaf handles this better, detecting the pattern that you’ve set automatically. Make sure you set the Distance right

Finally, you can add the Amazon Alexa or Google Assistant Skills for basic on/off and brightness controls of the lamp, and for setting colours.

You can adjust the brightness but, as this model is just powered by standard USB, don’t expect too much: the lamp is bright enough to see in most lighting conditions, although it can be hard to see in direct sunlight. You can turn up the brightness to make the lamp more visible, but there’s a warning in the app that colour fidelity can be lost as a result.

There’s also not really enough brightness to let the LifeSmart Cololight Pro replace a standard light for reading or other work at a desk. Think of this as more of an accessory than a direct lamp replacement.

While the static colours are fun, it’s the dynamic ones that really bring the light to life, creating fun and intriguing patterns that bring the lamp to life. 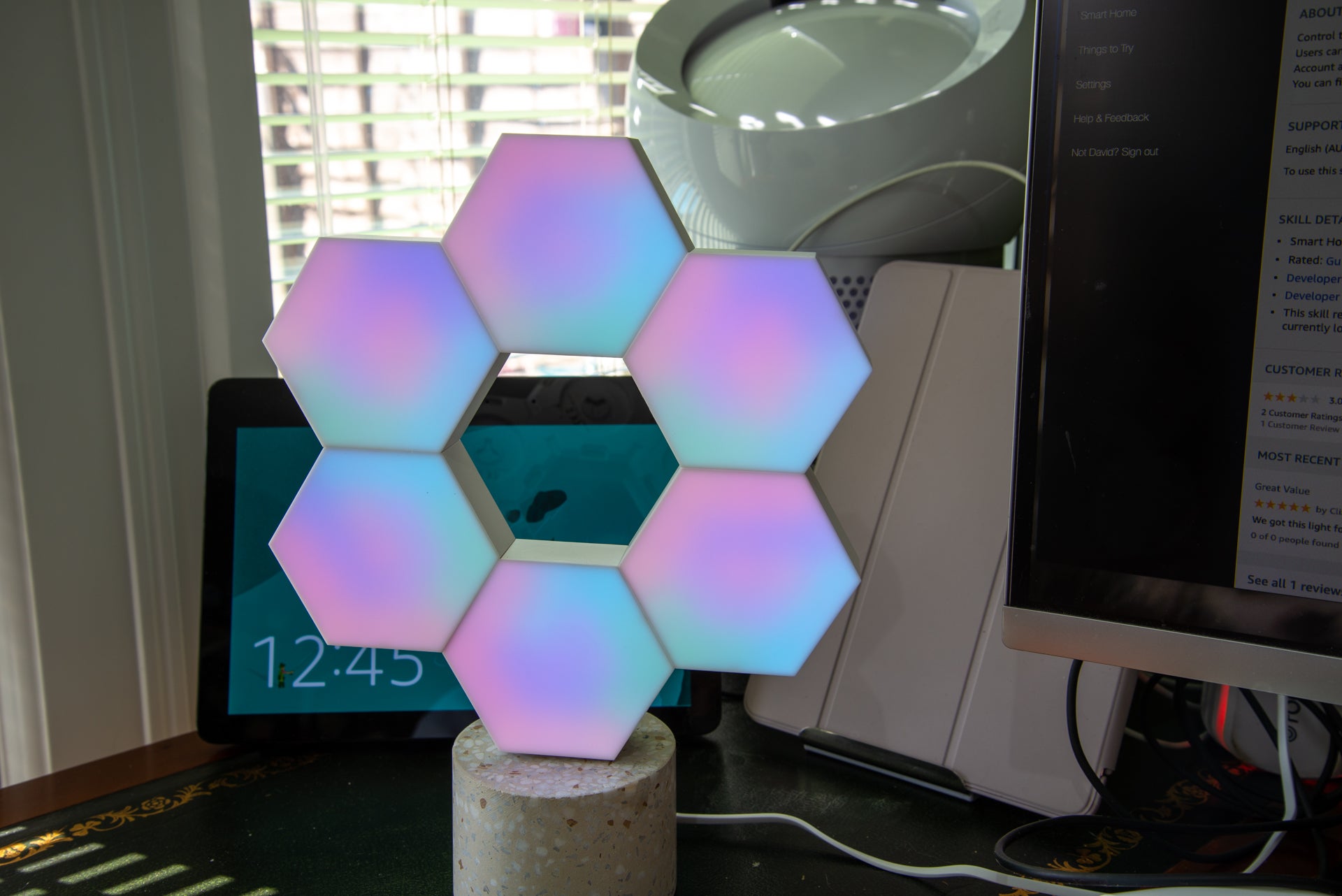 You don’t have to have the pattern repeating either, as the system has a built-in microphone, so you can turn on the listening mode and the lamp will change colour to the sound of your music, making it a fun accessory for kids or parties.

Should I buy the LifeSmart Cololight Pro?

Not having to stick the panels to the wall means that you can adapt the LifeSmart Cololight Pro’s shape to suit your mood, so you never have to get bored of having the same layout. It’s a fun, engaging light, too, particular with dynamic colours or listening mode turned on.

Yet, as good as the modes are, the app is a bit fiddly to use and the lamp kept losing its connection, requiring a reboot. This lamp also isn’t particularly bright, making it mood lighting rather than a full-on lamp replacement. The Nanoleaf Canvas is a superior product although you have to be prepared to stick its panels to the wall.