LG unveiled two ‘Super Ultrabooks’ at CES this year. We’ve already sent the slim-and-light Z330 and now we’re taking a look at its larger (in every sense) brother, the Z430.

The Z430 features the same styling as the Z330 with a chassis encased (inside and out) in brushed-aluminium. This minimalist look serves the Z430 well, however to touch, the material used seems rather plasticky and doesn’t have the premium feel of the likes of the MacBook Air or the Samsung Series 9.

The brushed aluminium look extends to the palmrest and the touchpad. The large touchpad doesn’t feature a separate button and at first
glance you almost wouldn’t notice the touchpad as it is integrated
seamlessly with the palmrest – which is a design choice we’re not sure
really works. 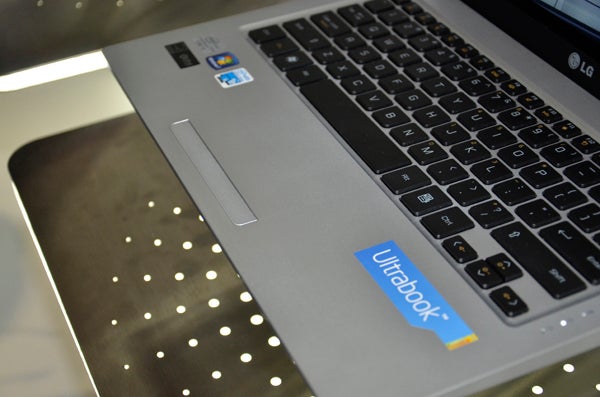 At the LG booth at CES, the Z430 was sitting next to the Z330 and certainly cut a chunkier figure than the smaller laptop. It measures 19.9mm thick compared to 14.7mm and weighs 1.5kg compared to 1.21kg. However considering the Z430 features a 14in screen, its body is relatively compact and more in keeping with a 13in laptop.

Speaking of the screen, LG has managed to cram a 14in screen though the use of a narrow 4.5mm bezel around the screen, and very good it looks too. This is a trend in recent laptops we’ve seen, such as the HP Envy 14 Spectre, and one we hope laptop manufacturers continue. 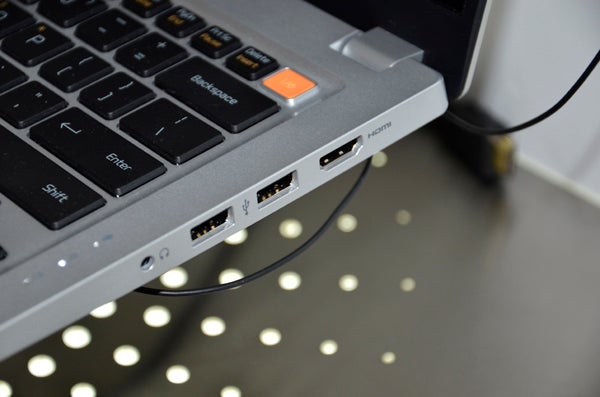 However, the LED-backlit LCD screen is let down by its relatively poor resolution of just 1366 x 768. Compared to the 13in MacBook Air’s resolution of 1440 x 900, it doesn’t really compete. We were unable to really test the screen in the bright lights of Vegas but we’re not holding out much hope here.

One of the major upsides of the chunky profile is the better connectivity it allows. Around the sides you’ll find a USB 3.0 port, 2xUSB 2.0 ports, an Ethernet port, a full-sized HDMI port as well as a Kensington security slot and headphone jack. 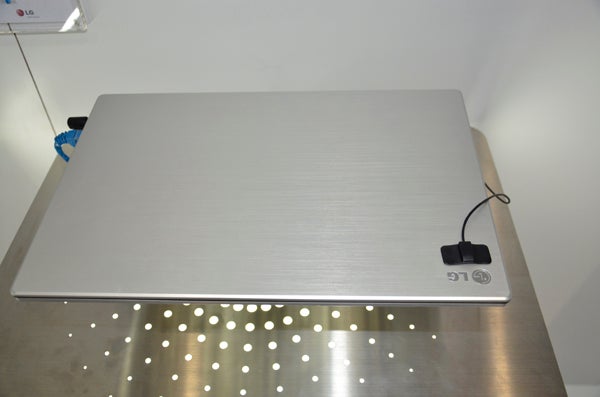 There is also a 4-in-1 card reader but this is rather annoyingly located on the rear of the laptop which is not exactly ideal for the swift interchange of cards. Still, it’s better to have it that not. Bluetooth 3.0, Wi-Fi b/g/n and and WiDi are all included as well.

The main reason for the extra mm in the Z430’s profile is, of course, the included hard drive which will sit along side an SSD, which will work as the main drive for Windows operations. LG is offering up to 500GB of HDD storage for all your movies, music and books, and between 16GB and 256GB SSD. This combination seems like a very sensible set-up to us, but you’ll want to pimp your Z430 out with at least 64GB SSD to get the best performance we imagine.

Powering all of this will be a choice between 1.6GHz Core i5-2467M or a 1.7GHz Core i7-2637M both paired with Intel’s integrated HD 3000 graphics. The Z430 will also come with up to 8GB of RAM which should be more than enough for most people’s needs.

One of the main selling-points of Ultrabooks is a quick reboot time and while most come in at under 10 seconds, the addition of the hard drive seems to add a bit of a delay (as it need to initialise), with LG claiming a boot-up time of 12 seconds, which is still pretty nifty. We managed to wake it up from standby in under three seconds and in our brief play it seemed very responsive to our touch. 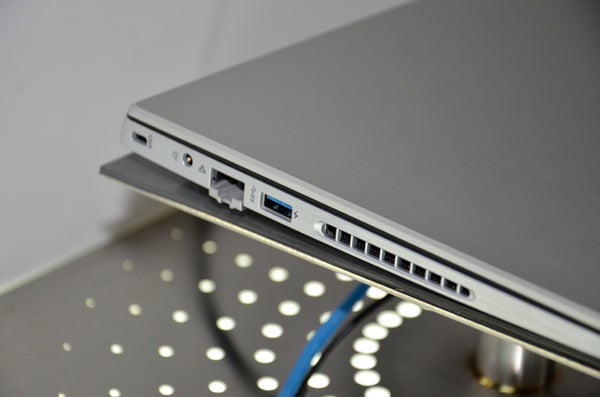 The four-cell battery will last for six hours on a full charge and while other Ultrabooks, like the Toshiba Satellite, promise over seven hours, six hours is fairly average for Ultrabooks it seems.

The Z430 will be available some time in the first quarter of 2012 with the pricing still to be confirmed by LG.

Verdict
The overall look and feel of the laptop may leave us feeling a little cold, but the combination of HDD and SSD, together with better-than-average connectivity and excellent build quality means the LG Z430 is an intriguing prospect. Add in up to 8GB of RAM and the latest Sandy Bridge processors and if the pricing is right we could be looking at the Ultrabook to beat.