Launching an Ultrabook in the past couple of weeks has been a treacherous task with so many coming out, it is easy to get lost in the sea of thin-and-light laptops.

In a bid to stand out from the crowd, LG decided to launch the Z330 Ultrabook ahead of CES last week so we knew what to expect when we visited the LG booth in Las Vegas. Calling it a ‘Super Ultrabook’, LG said it went above and beyond the standards laid out by Intel for the Ultrabook platform, but does it live up to this claim? Let’s see. 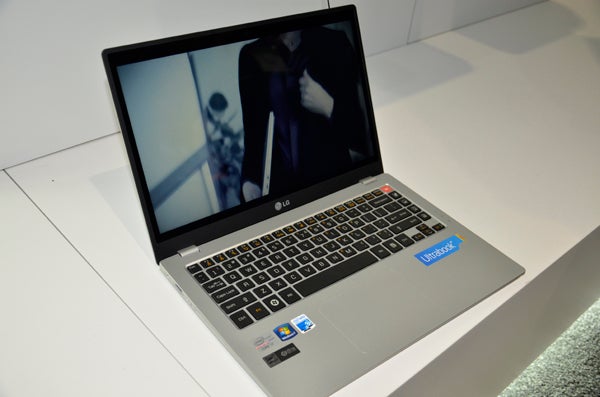 On first viewing the first Ultrabook from LG doesn’t seem to be much different from the offerings from HP, Dell, or Samsung. LG has gone for the brushed aluminium look – on the outside and inside – as well as a familiar wedge-shaped design.

From the first moment we picked up the laptop, we felt this particular aluminium finish did nothing to help make the laptop feel premium. Indeed we thought the finish felt rather plasticky, especially the palmrest and touchpad – which all feature the same brushed aluminium finish.

The large touchpad also doesn’t feature a separate button and at first glance you almost wouldn’t notice the touchpad as it is integrated seamlessly with the palmrest – which is a design choice we’re not sure really works.

The LG Z330 is 14.7mm thick and weighs just 1.21kg which is 100g less than the 13in MacBook Air. The laptop features a 13.3in LCD screen with LED-backlighting and a resolution of 1366 x 768 pixels. While we were not able to see video running on the screen, it certainly looked comparable to the screens on offer from most Ultrabooks. 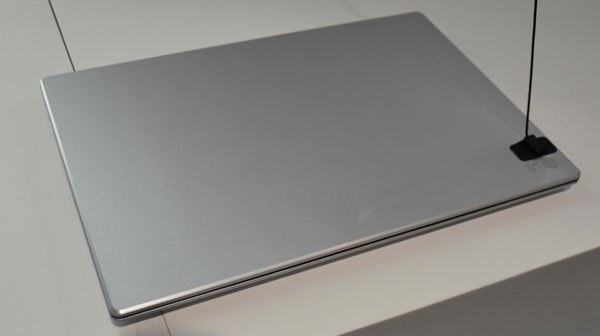 On the right-hand-side you’ll find a second USB port, an HDMI port, a headphone jack and a microSD card slot. The lack of a full SD card slot is a major omission in our opinion and we just can’t understand the thinking behind it.

Inside the Z330 will be powered by up to Core i7 Sandy Bridge processors which will be paired with up to 8GB of RAM. The Z330 only has an SSD option up to 256GB with no HDD option, like its older brother, the Z430.

As you would expect the LG Z330 will have Wi-Fi b/g/n, Bluetooth 3.0 and also Intel’s wireless display technology, Wi-Di, letting you wirelessly stream video from your laptop to your TV. 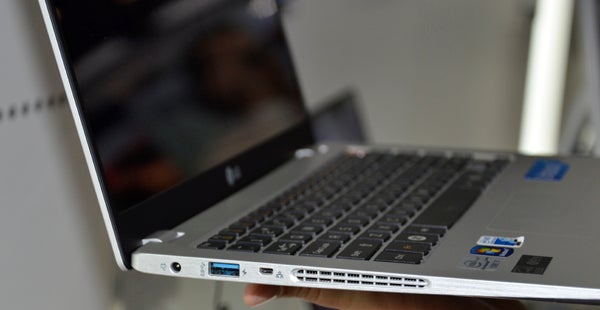 The Z330 will also features Super Speed Boot, restarting from cold in under 10 seconds according to LG.

The LG Z330 is due to arrive in the next couple of months but pricing has yet to be announced by LG. 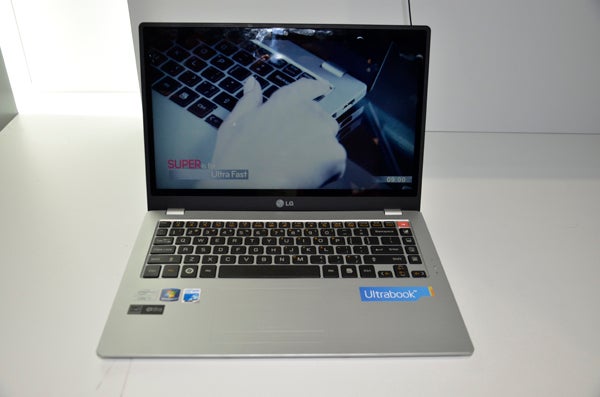 While the Z330 is certainly an attractive-looking Ultrabook, the rather plasticky feel and unimpressive connectivity mean it will have to rely on aggressive pricing if it wants to really stand out in the Ultrabook market.

Let us know in the comments what you think of LG’s latest laptop.