One of the most interesting phones of recent years, and a solid first effort at a new form factor. However, the LG Wing has made a few too many compromises, with too few corresponding advantages, and for too much money to be worth a gamble over the very best flagships.

The LG Wing shows that you don’t have to go foldable if you want innovation from your next smartphone.

With a unique swing-out display that rotates to reveal a secondary screen, it’s fair to say that we haven’t quite seen anything like this before. And while $999 is hardly cheap (we still don’t know of a firm UK launch plan), it’s a fair bit less than the Samsung Galaxy Z Fold 2.

As is often the case with such eccentric concepts, there are a number of compromises that rule out a straight recommendation. But you have to hand it to LG for having a crack at something new.

The LG Wing’s USP hinges, quite literally, on its rotating display. Place a little lateral pressure on the bottom right edge of the screen and the whole 6.8-inch panel will twist 90 degrees.

Coming to rest in a squat crucifix formation, it leaves you in the unusual position of holding the phone in portrait, but with a landscape-oriented screen. It also unveils a second, altogether squarer, portrait display.

The idea here is that you can indulge in true multitasking when you require it. We’ll get into how that fares in the software section, but from a design perspective, LG has engineered the hinge rather well. There’s a well-sprung feel to the motion that inspires confidence, not to mention plenty of fidget spinner-like fiddling.

Opening the display in this way has the unfortunate side effect of inhibiting access to the side-mounted power and volume keys, however. These controls aren’t sufficiently differentiated in terms of shape or texture either, so you can’t feel them out very easily. 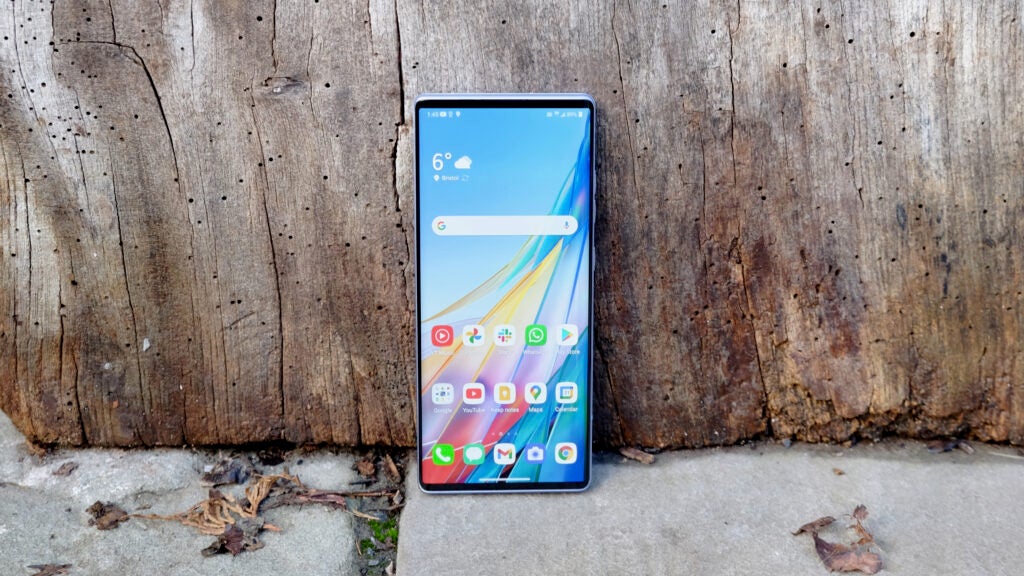 Unfortunately, that hinge mechanism and secondary screen also add a whole lot of weight. At 260g, the LG Wing is chunky enough to barge its way past the Sony Xperia XZ2 Premium (236g) and the Black Shark 3 Pro (253g) as the heaviest Android phones I’ve ever used. It’s not exactly slim either, at 10.9mm thick.

Still, LG appears to have used that extra weight to reinforced the Wing. It’s a sturdy piece of kit despite its moving components, with an impressive Mil-STD–810G Test certification.

I can confirm this toughness too, up to a point. In the process of trying to work the Wing free of its surprisingly tough wrapper, I somehow contrived to launch it horizontally into a toughened-glass heater. The Wing didn’t pick up so much as a scuff, even with a dual-curved glass back and display.

On the flip side, it’s only IP54 splash proof, with a water-repellent coating. So it won’t survive full immersion like similarly priced IP68-certified flagships. 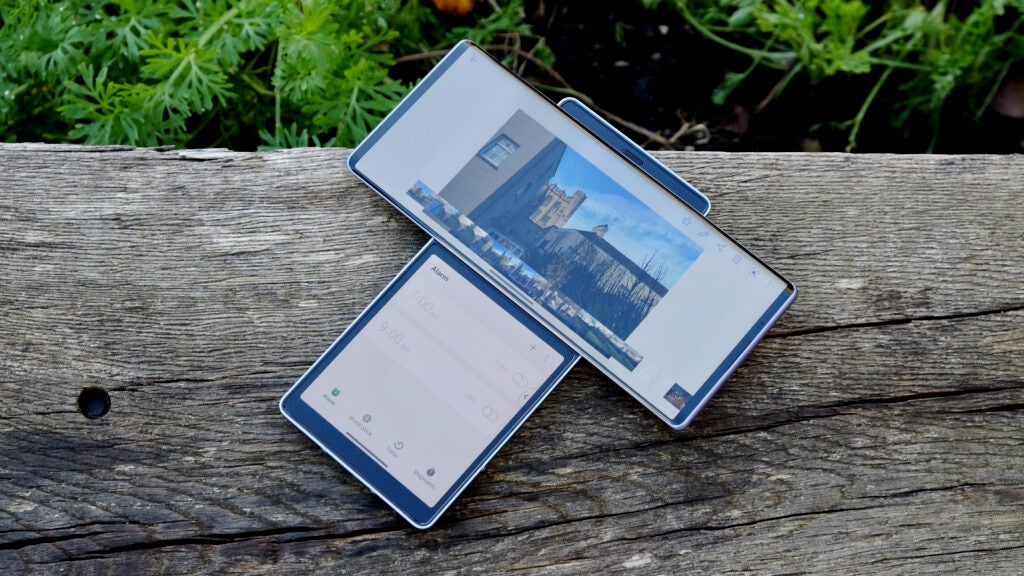 While we’re on the design negatives, you only get a single bottom-mounted speaker here. Given the phone’s unique media-friendly attributes and premium pricing, not to mention LG’s history of strong audio, I really felt the lack of stereo sound.

The LG Wing’s main display is pretty nice to use in isolation, but it doesn’t stack up to other phones that can be had for around $999. It’s a 6.8-inch 20.5:9 POLED with a Full HD resolution. In terms of colour accuracy and brightness, it’s pretty much spot on.

But it misses out on the QHD resolution of the Samsung Galaxy S20 and the OnePlus 8 Pro, as well as the 120Hz refresh rate of both. Indeed, at just 60Hz, the LG Wing’s screen almost feels like it’s from a previous generation despite its forward-thinking attributes.

What you do get, unlike most other high-end phones, is a viewing experience uninterrupted by a notch. LG has included a pop-up selfie camera, much like the OnePlus 7T Pro. LG has also managed to work in an in-display fingerprint sensor, though it feels a little weird to use in its flipped state.

The other screen is a 3.9-inch G-OLED, with a 1080 x 1240 resolution. It’s the smallest phone screen I’ve seen since the ill-fated Palm Phone, and I wouldn’t want to do anything more demanding than messaging or light browsing on it. But it’s of a decent quality, and it more or less matches the main display for colour and brightness.

Performance – Adequate, but should be better

With the added complexity of that flip-out display, LG has evidently had to make a few compromises, lest it hit Samsung Galaxy Z Fold 2 levels of pricing madness. One of those compromises is performance.

You get the same Snapdragon 765G chip that’s become so popular among the not-quite-flagship crowd. It’s essentially punching at the same weight as the Pixel 5, the Oppo Find X2 Neo, and the Motorola Edge.

The trouble is that the LG Wing isn’t priced the same as those phones. It costs as much as phones that pack the far superior Snapdragon 865, and some of those phones also include 12GB of RAM rather than the 8GB provided here.

While the Snapdragon 765G gets justified praise for offering silky smooth performance in keenly priced phones, I’m less inclined to look upon its inclusion in the Wing so favourably. For this money, it feels like it should be faster.

That’s not to say that I could really make the phone sweat in general usage. Everything’s fast and fluid here, and you can run demanding games on high settings with only a slight drop off in performance.

But I did pick up on slight pauses and stutters when multitasking using the dual-screen function, and when jumping into apps using the app switcher on the second display. 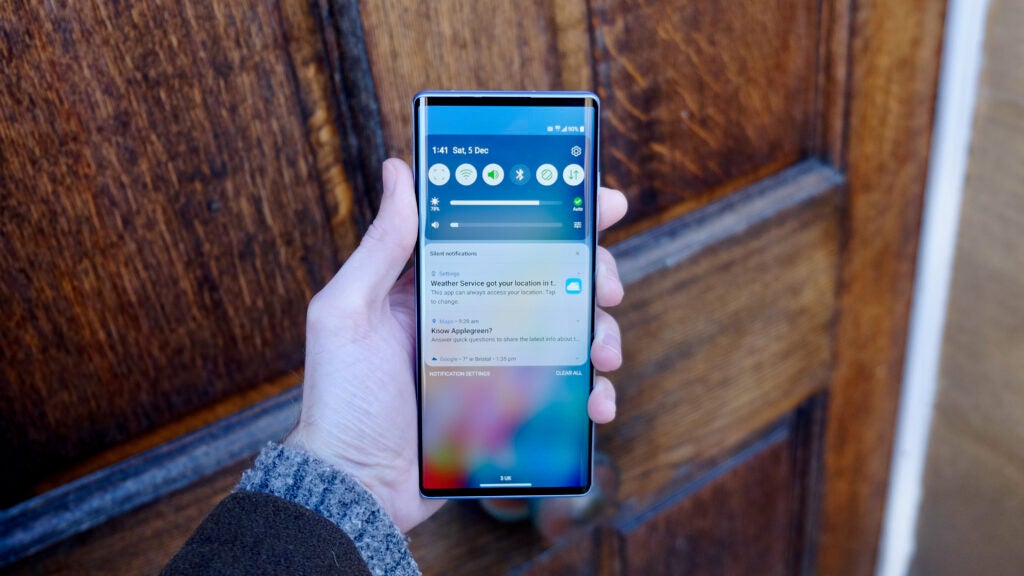 They’re not massive pauses, and I’d never call the experience bad. But I’d argue that the LG Wing’s dual-screen nature could make even better use of the extra power and efficiency of the Snapdragon 865 than a ‘normal’ flagship, which makes its omission galling.

The LG Wing’s triple-camera array holds its own against a whole bunch of almost-flagship phones, though it’s hardly ripping up trees. 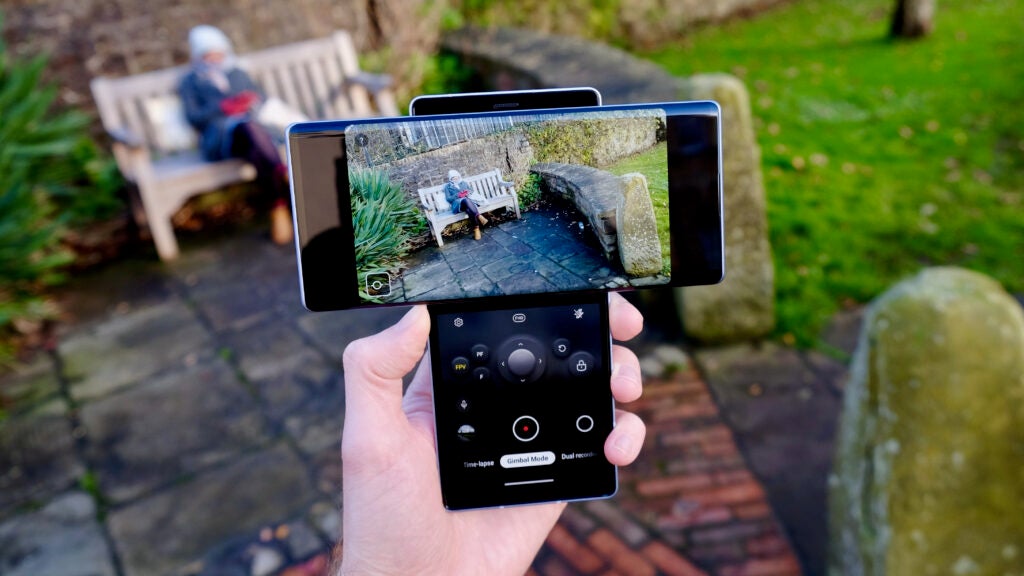 You get a 64-megapixel f/1.8 main wide sensor with OIS, which is capable of taking clean, bright shots in most conditions. There’s a night mode that brightens darker shots up quite aggressively, though it’s not as competently executed as true flagships like the iPhone 12 or the Huawei Mate 40 Pro.

This main sensor is accompanied by a 13-megapixel ultrawide and a 12-megapixel ultrawide. No, that’s not a typo – you really do get two ultrawides here, which of course means you miss out on a telephoto. Any zoomed shots you take will be cropped.

One of those ultrawides is for use in standard orientation, while the other enables you to take shots in the phone’s gimbal mode. Essentially, when the screen is in the flipped position, you get controls on the secondary screen that let you pan and stabilise your videos and snaps.

It’s a neat feature, though we should point out that this all comes down to software cropping tricks. Without OIS, and with just a single fixed ultrawide sensor, there is no physical panning or steadying technology here.

Around the front of the phone you get a nice sharp 32-megapixel camera that pops up from the top of the phone. It’s yet another mechanical component, which does make us worry about the Wing’s longevity, but it seems solid.

See below for a selection of sample shots: 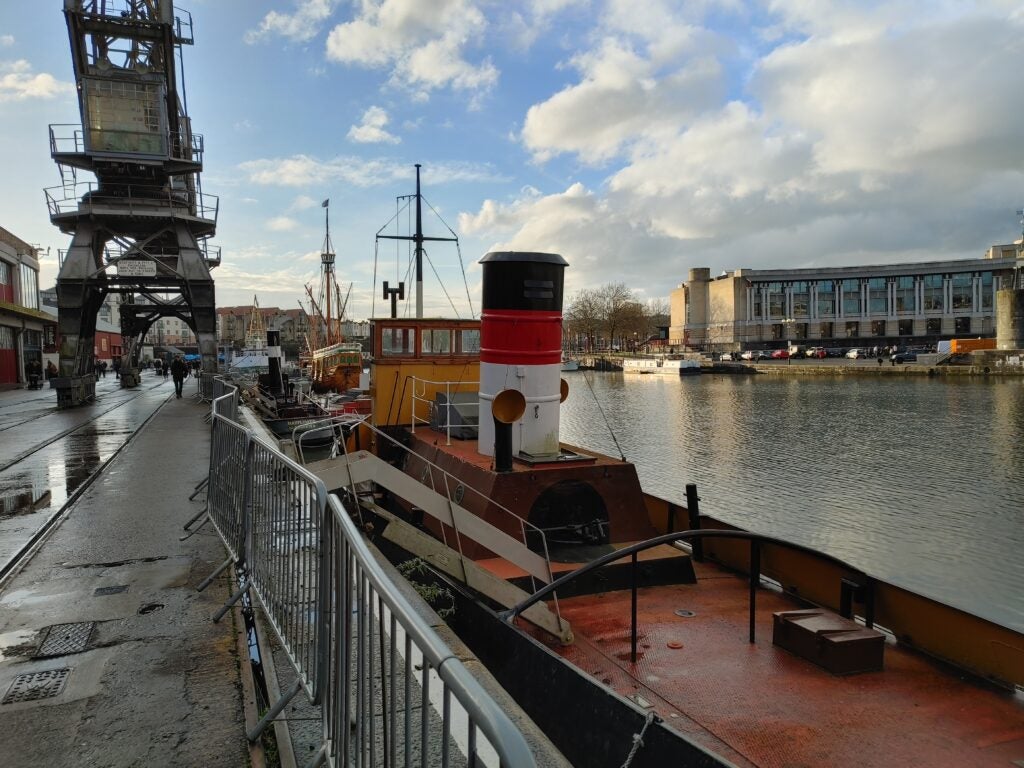 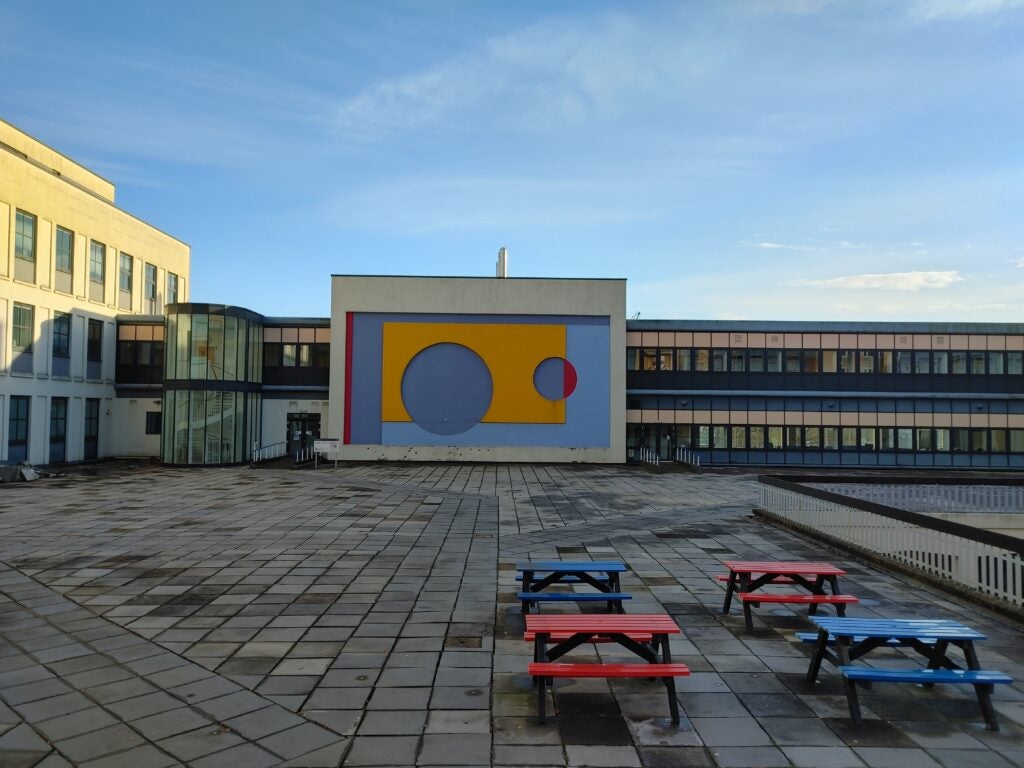 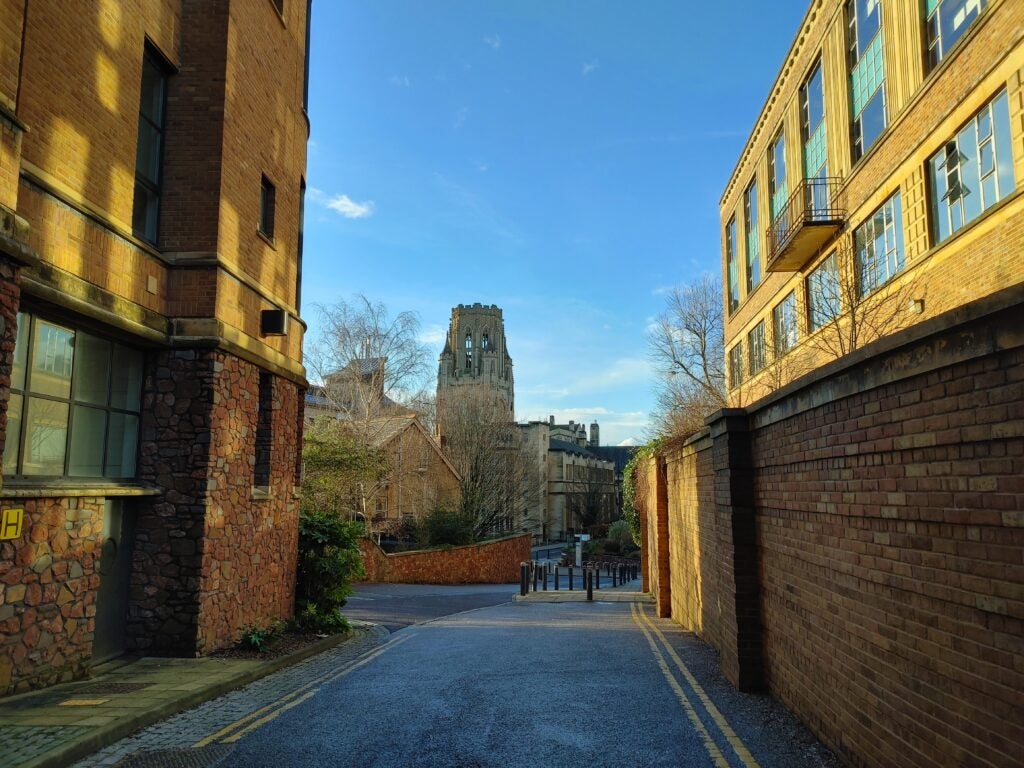 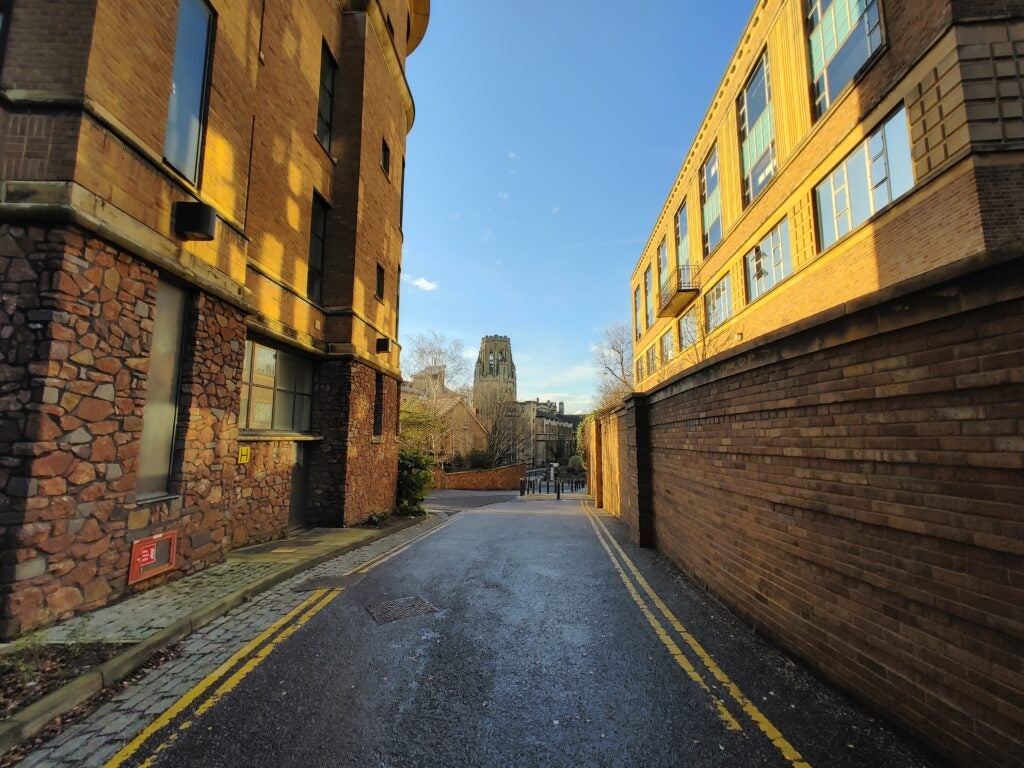 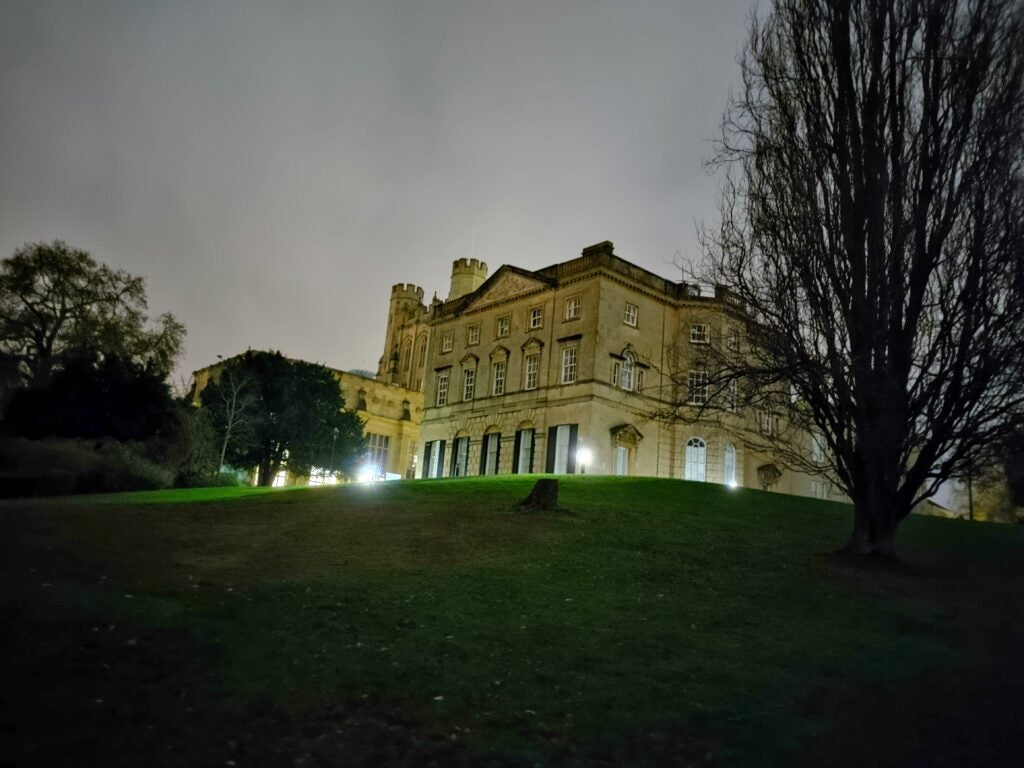 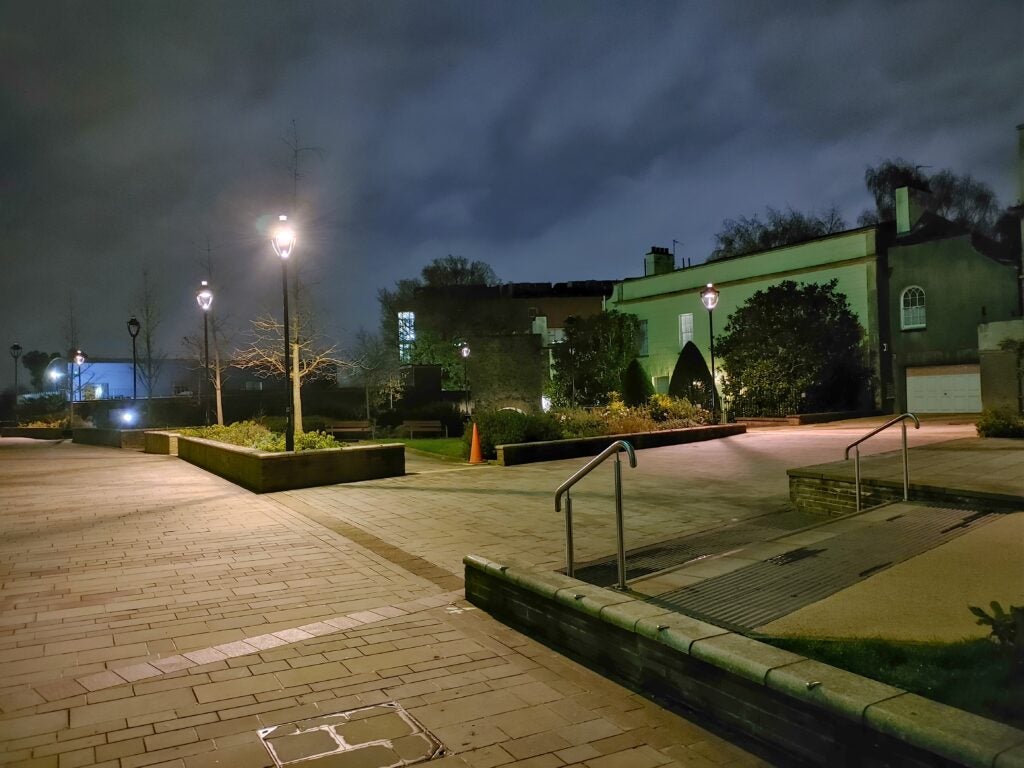 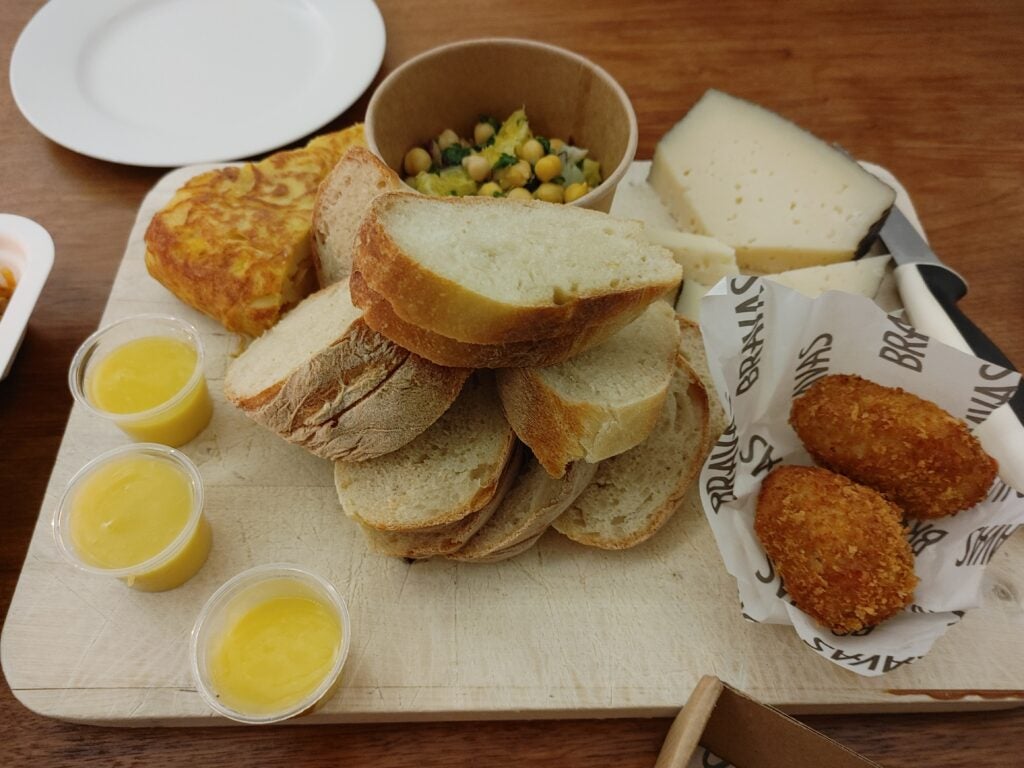 LG provides its usual reskinning of Android 10, but that’s really not the point of interest here. That would be the company’s implementation of its crazy dual-screen setup.

As first attempts go, it’s not bad, but nor does it feel like the finished product. Flipping the display around 90 degrees opens up a horizontal content carousel filled with a limited selection of apps on the main screen, and a simplified home screen on the bottom.

While this is evidently aimed at making the split-screen process intuitive, it’s far from ideal. Despite essentially gaining an extra 4-inches of screen space, a good chunk of your home screen content essentially gets sucked into oblivion.

You’re wholly unable to access any of the apps you might have installed from this view. Instead, if you want to use a third party app on the ‘top’ screen, you’ll have to open it in standard mode before initiating the flip.

That said, it’s not hard to see why LG might have wanted to discourage wider navigation in this mode. Most apps don’t feel too great with the screen offset in this way. Anything in landscape (such as games) requires you to hold the thinner, rotated section of the display, leaving the bulk of the phone’s body dangling awkwardly in between your hands.

Where LG’s approach really promises to pay off is with some very specific combinations of lighter tasks. Watching a YouTube video on the top screen whilst checking your email on the bottom, for example. Or checking the weather forecast through the widget whilst messaging your plans on the bottom.

As that suggests, the lower screen is really mainly useful for typing and communication tasks. That might be enough for some power users, but it feels a little undercooked at this point. 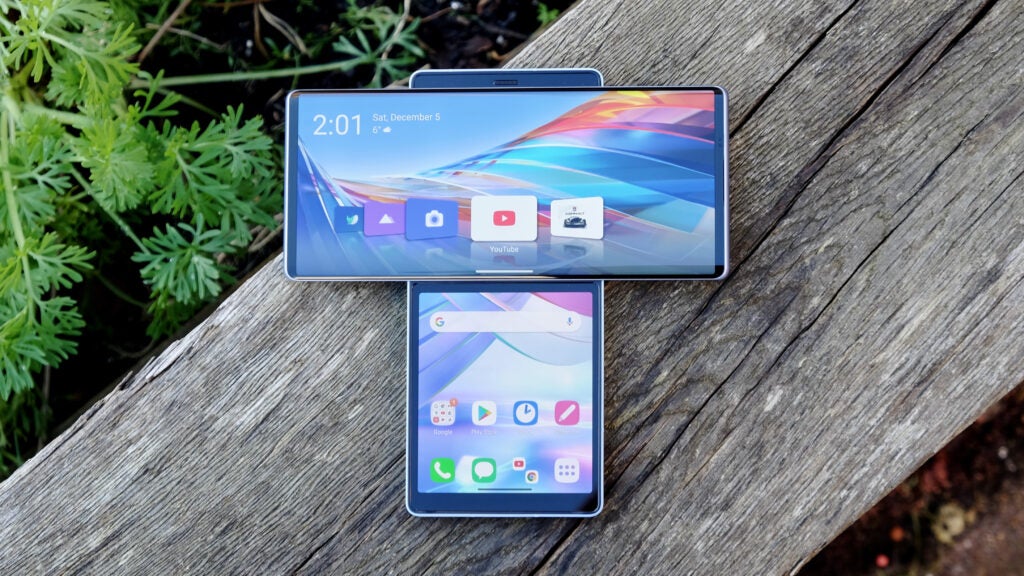 There’s no default ability to transfer content from one screen to the other either, so it doesn’t feel like a particularly cohesive experience – though playing video on the bottom screen will pause anything playing on the top.

I had no complaints whatsoever with the LG Wing’s stamina. While its 4000mAh battery is hardly the biggest around – especially when you consider the phone’s overall bulk – it’s more than up to the task of getting you through a day of solid usage.

After a long 15 hour day, during which I totted up 3 hours 40 minutes of screen on time, I was left with 53% in the tank. This opens up the possibility of genuine two day usage for light to moderate users.

Heavier usage and media consumption will obviously bring that figure down, but you shouldn’t have to worry about finding a power point before bed time. Using the LG Wing in the unique way it was intended to be, however, just might cause a few problems.

Watching 30 minutes of Netflix on the top screen whilst simultaneously surfing the web in Chrome on the bottom screen, with the brightness set to max, sapped 14% of a charge. We’d be disappointed if a phone lost that much with double the amount of video playback under ordinary circumstances.

It’s completely understandable, given the two tasks that are being undertaken simultaneously. But it’s also something worth bearing in mind if you plan to take full advantage of the Wing’s key feature.

Should you buy the LG Wing?

The LG Wing is a true one of a kind – a dual-screen smartphone that doesn’t rely on foldable or traditional hinged technology.

As a result, those looking for true multitasking potential in a more traditional form factor – and for a less extortionate price – could well find something of interest here. The hinge is solid and works more or less as advertised, and the phone is generally quite pleasant to use.

However, there are noteworthy compromises here, chiefly in terms of weight and performance. For the money, you can get a much more capable ‘normal’ phone, while LG hasn’t quite exploited the system’s dual-screen potential to its fullest potential.